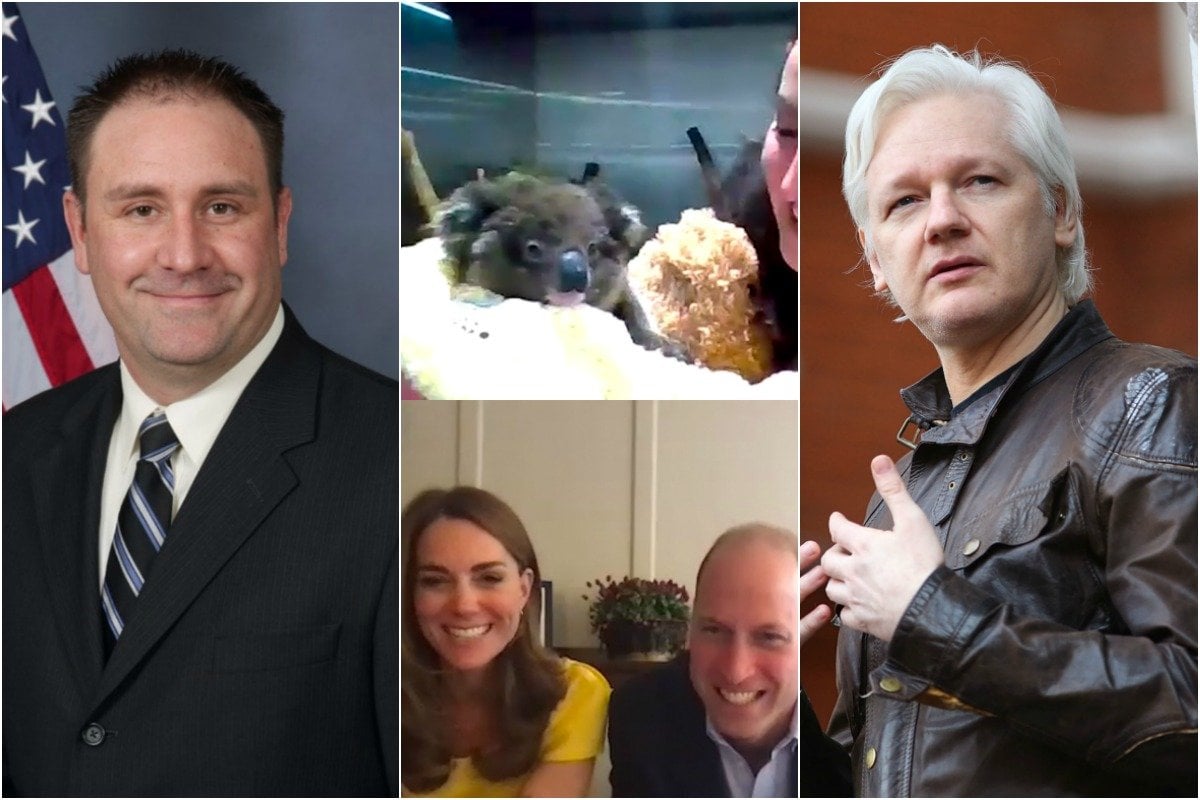 Qld aims to open to NSW visitors from Nov 1.

NSW visitors are set to be allowed into Queensland without undergoing mandatory quarantine from November 1.

The state government's COVID Safe Future Plan, which lays out a roadmap until the end of 2020, was released on Friday.

Under the plan NSW travellers could enter Queensland without undergoing quarantine from November 1, provided there are no unlinked cases of community transmission in the southern state over the next 29 days.

Premier Annastacia Palaszczuk says up to 40 people will also be allowed to dance at weddings from November, and in the more immediate term people will be able to stand at bars and pubs and drink from 4pm on Friday.

BREAKING: From November 1, Queenslanders can have gatherings of up to 40 people in homes and public spaces.#covid19au pic.twitter.com/iKR1G8eEqE

Queensland recorded two new cases of COVID-19 on Friday but they were ship crew and not exposed to the community, with just six active cases overall.

Under the roadmap Queenslanders will be allowed to gather in groups of up to 50 people in homes and public spaces from December 1.

Urgent changes have been called for in aged care as the federal government's pandemic preparedness for the sector is ruled insufficient.

The royal commission into aged care has made six recommendations to the government, that it has demanded must be acted on before December 1 this year.

The report has pointed to the essential need of clear leadership and communication, immediate federal funding to ensure elderly residents can be visited by friends and family, the rollout of infection experts at homes, an immediate launch of a Medicare Benefits Schedule to boost allied and mental health services, and an aged care advisory body.

The Royal Commission into the aged care crisis has released its interim report.

It's recommended a list of key areas for improvement, including better funding for staff, and a stronger focus on mental health.

What are your thoughts on the report? Share your stories with us. pic.twitter.com/ArlTa5cU25

Aged Care Minister Richard Colbeck says the government has accepted all six and announced $40.6 million as an initial response.

More than 665 aged care residents have died from coronavirus in Australia, with outbreaks affecting some 220 facilities.

The nation's overall death toll reached 888 on Thursday after another two people died in Victoria. The state also recorded another 15 coronavirus cases.

NSW has gone six days without community transmission, as more residents of the state's north are allowed into Queensland.

Detective Myles Cosgrove, one of three Louisville police officers who fired fatal shots into Breonna Taylor's apartment in March, is raising money to fund his retirement.

Police broke in while Taylor was sleeping and opened fire, killing her. The judge's order was a "no-knock" warrant, allowing police to enter the property without warning and without identifying themselves as law enforcement. They reportedly drove unmarked vehicles.

Cosgrove is now seeking funds on a Christian crowdfunding site so he can "purchase the remainder of his service time" and retire, according to the fundraiser's description.

He says his family's safety has been threatened since Taylor's death, and that his "reputation has been completely dismantled and the psychological trauma is something that he will have to cope with for the rest of his life."

The grand jury has decided not to charge the three men over Breonna's death because their "use of force was justified."

READ: One police officer has been charged in Breonna Taylor's case. But not for her death.

More than one thousand Australians stranded overseas have had their personal email addresses shared with strangers.

The Department of Foreign Affairs and Trade shared the emails by mistake.

"We apologise for unintentionally disclosing email addresses of stranded Australians we're trying to help get home. No other personal information was disclosed," the department said in a statement on Thursday.

We apologise for unintentionally disclosing email addresses of stranded Australians we’re trying to help get home. No other personal information was disclosed. We want to get you home, and are working as hard as we can to do so.

"We want to get you home, and are working as hard as we can to do so."

At least 26,800 Australians overseas are waiting to come home.

The weekly limit on returning travellers is set to increase to 5500 this month.

South Australians allowed to drink while standing this weekend.

Patrons in licensed pubs and restaurants across South Australia will soon be allowed to drink while standing, provided they are in outdoor areas, as the state moves to ease more coronavirus restrictions.

SA will also ease measures on the events sector to allow private functions, including weddings, with a maximum of 150 people to serve drinks to people who are standing and to allow dancing.

The two changes come into force from midnight Friday into Saturday.

From Saturday 3 October, changes to restrictions come into effect.

More information about these restrictions will be available shortly. pic.twitter.com/0vFnc4gwjr

In other SA changes, regulations for the annual schoolies celebrations have been imposed. Accommodation venues can host as many people as there are beds, plus an additional six people in each site. Campsites will be limited to a maximum of six adults.

Western Australia will continue to be exposed to risks from ships arriving from coronavirus hotspots, the maritime union has warned.

The state has been forced to put significant resources into dealing with a COVID-19 outbreak on the Patricia Oldendorff bulk carrier off Port Hedland.

Nine people remain on the ship as essential crew, seven of whom have tested positive.

There are also a dozen crew members in quarantine at the fenced-off Hedland Hotel and 10 of them have tested positive.

The Maritime Union of Australia says ships are arriving at WA ports from COVID-19 hotspots after as little as six days at sea.

It says vessels should be required to remain at sea for at least 14 days before docking in WA ports.

WA has 22 active cases, including five unrelated to the Patricia Oldendorff.

Unions will consider legal and industrial action after a "diabolical and disgraceful" decision by the NSW Industrial Relations Commission to award a 0.3 per cent pay rise for public sector workers.

The commission made its decision on Thursday after hearing the NSW government's controversial bid to freeze public sector pay for 12 months.

400,000 public sector workers including nurses, teachers, cleaners and more, will receive a 0.3% pay rise, the NSW Industrial Relations Commission has ruled, to "thank" them for going above and beyond during the pandemic. Unions are ready to stand up and fight back for workers. pic.twitter.com/h7yLwaIfMu

The Berejiklian government wanted to halt pay rises to guarantee jobs for public servants amid the COVID-19 pandemic, and to free up funds for job-creation projects.

The wage policy was opposed by unions and frontline workers, including paramedics, nurses, police officers and teachers, who had sought an annual 2.5 per cent pay rise.

The Trump administration says it intends to allow only 15,000 refugees to resettle in the United States in the 2021 fiscal year, setting another record low in the history of the modern refugee program.

The State Department said the proposal reflected the Trump administration's prioritising of the "safety and wellbeing of Americans, especially in light of the ongoing COVID-19 pandemic."

The Trump administration is cutting the number of refugees the U.S. will admit in Fiscal Year 2021 to a historic low number—15,000. https://t.co/zFe6dPl1QL

The refugee cap was cut to 18,000 last year, but only roughly half that many refugees were let in as increased vetting and the coronavirus have slowed arrivals.

Trump's Democratic challenger in the November 3 presidential election, Joe Biden, has pledged to raise refugee admissions to 125,000 a year if he defeats Trump in November.

Tens of thousands of refugees are in the pipeline for arrival to the United States, many with applications far along in the approval and vetting process.

A British judge says she will give her decision on January 4 as to whether WikiLeaks founder Julian Assange should be extradited to the United States to face charges including espionage.

The US authorities accuse Australian-born Assange, 49, of conspiring to hack government computers and of violating an espionage law in connection with the release of confidential cables by WikiLeaks in 2010-2011.

Assange's lawyers argue that the charges are politically motivated, that his mental health is at risk, that conditions in US prisons breach Britain's human rights laws, and that he and his lawyers were spied on while he was in the Ecuadorian embassy.

The legal team representing the United States have countered that many of those arguments are issues which should be addressed in a trial and that they have no bearing on extradition.

The Duke and Duchess of Cambridge have praised the Australian "community spirit" as they spoke to those who suffered in wildfires which had a devastating effect on the koala population.

William and Kate spoke to five local business owners and emergency personnel by video link to hear more about how they were impacted by the fires and the steps they are taking to rebuild their lives.

"It's fantastic to hear about the community spirit in Australia as always, which is what Catherine and I see when we come down there," William said. "Aussies are very good at looking after each other."

The Duke and Duchess of Cambridge heard from local business owners and first responders from Kangaroo Island 🇦🇺 a small community off the south of Australia, who were impacted by devastating bushfires earlier this year. Not only have they had to rebuild their lives from the wildfires, but they also had to manage to the spread of COVID-19, which has hugely impacted their desire get back to a normal life. The bushfires caused significant damage to residents’ homes, livelihoods, along with thousands of animals and their habitats. Its residents, joined by our friend Grace 🐨, have shown an incredible community spirit and continue to provide support to those in need.

He said he hoped to travel to Australia once the COVID-19 pandemic is under control and they were able to travel again.

They got a chance to meet koala Grace, who is being looked after at Kangaroo island, and appeared shocked after learning the koala population had decreased from 60-80,000 to an estimated 5-10,000 since the fires.

The couple told the group: "I do hope all of you feel that you've got that support you've got someone you can speak to and somewhere you can go to receive support whether it's financial or whether it's just having a chat. Please do look after yourselves."

- The European Union took legal action against Britain on Thursday over its plans to pass legislation that would breach parts of the legally binding Brexit divorce agreement the two sides reached late last year.

- Queen Elizabeth has been forced to cancel all large-scale events at her Buckingham Palace and Windsor Castle homes for the rest of the year due to the coronavirus outbreak, the palace says.

- France is threatening to close bars and ban family gatherings as ICUs fill up with COVID patients, while Spain prepares for a 'soft lockdown' on Thursday restricting travel to Madrid.