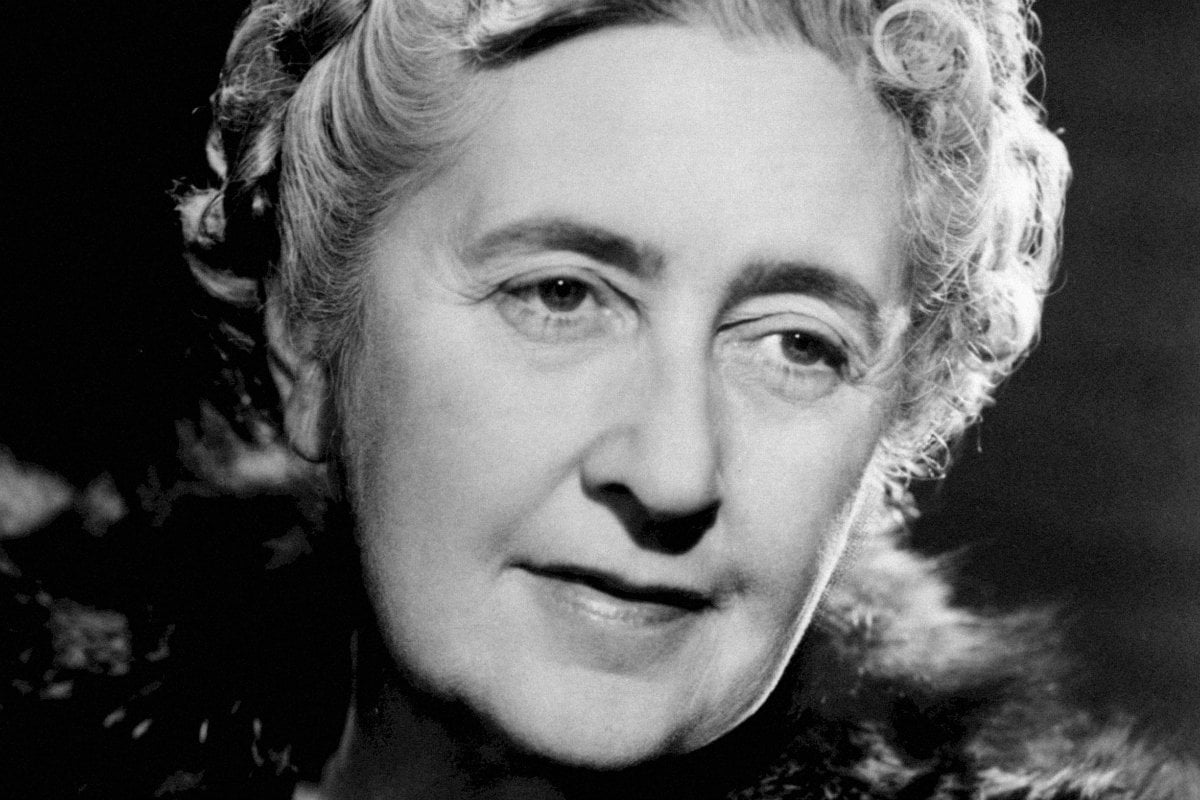 Content note: The following deals with suicidal ideation, which may be triggering for some readers.

As a detective novelist, Agatha Christie's best-selling books revolved around one question: whodunnit?

But after the British author disappeared for 11 days and adopted a new identity, everyone was left asking something else.

By the mid 1920s, Agatha Christie had established her reputation as an accomplished crime novelist. Her sixth book, The Murder of Roger Ackroyd, was selling well, with fans swept up in the latest instalment of the now-iconic Hercule Poirot series.

Yet amid this success, Christie was suffering.

Her beloved mother died in April 1926 and, just months later, her WW1 veteran husband Colonel Archibald Christie asked her for a divorce so he could be with his mistress, Nancy Neele.

It was in the wake of all this heartache that Christie vanished in 1926.

Shortly before 10pm on December 3, she kissed her seven-year-old daughter, Rosalind, goodnight and walked out of her home in Sunningdale, Berkshire.

Her car was later found abandoned more than 20 kilometres away, down a slope near a chalk quarry. Inside was clothing, her driver's licence and an attaché case filled with papers.

According to The Telegraph, more than 1,000 police officers and 15,000 volunteers were engaged in a manhunt for Christie, whose disappearance made headlines around the world.

The front page of The New York Times splashed, "Mrs Agatha Christie, novelist, disappears in a strange way from her home in England". 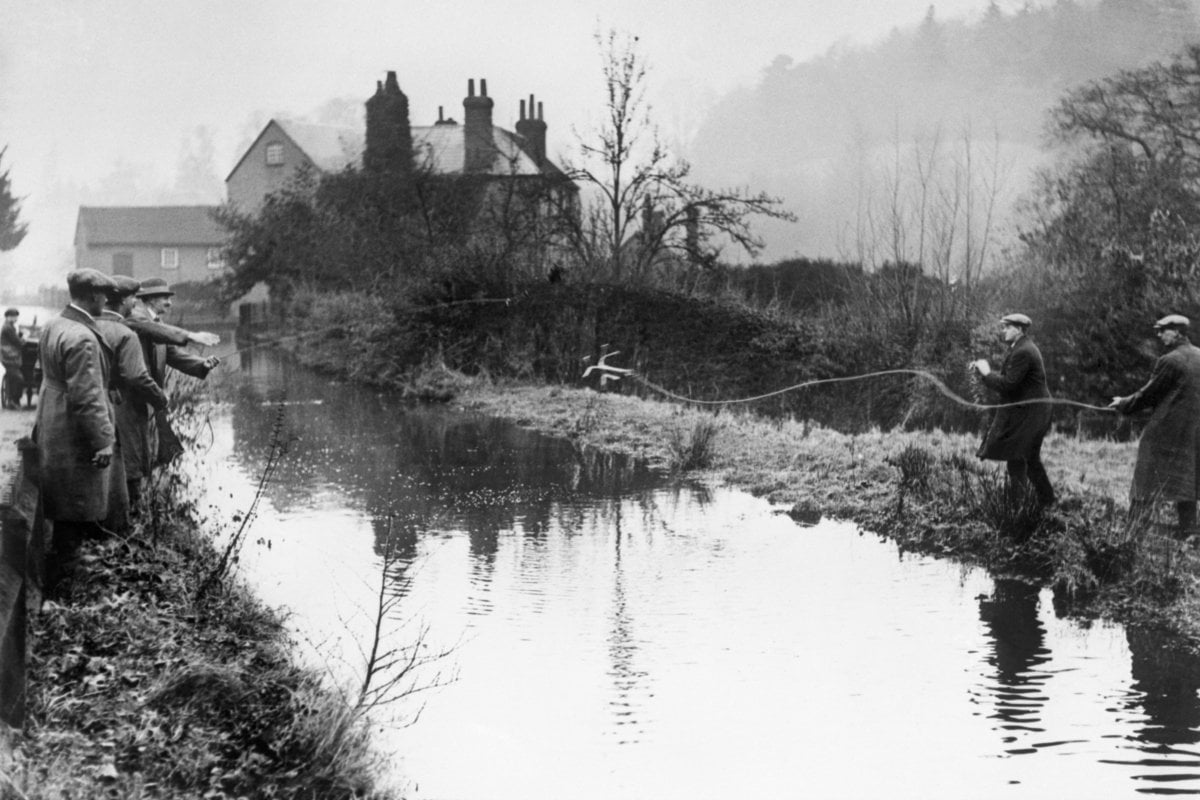 Police search a pond near where Christie's car was found. Image: Getty.

The mystery entranced the public and confounded police. "I have handled many important cases during my career," lead detective William Kenward told The Daily Mail, "but this is the most baffling ever."

Speculation swirled about publicity stunts, about murder victims 'haunting' the lane around her house, about her hiding in London disguised as a man.

Fellow novelist and creator of Sherlock Holmes, Arthur Conan Doyle, even took one of Christie's gloves to medium Horace Leaf in hope of finding answers.

"The person who owns it is half dazed and half purposeful. She is not dead as many think. She is alive," Leaf told the author, according to a letter he wrote to the Morning Press. "You will hear of her, I think, next Wednesday, in a location with connection to water."

"She does not know who she is": Agatha Christie found.

The following Tuesday — December 14 — Agatha Christie was found at the Swan Hydropathic Hotel, in the town of Harrogate, more than 350 kilometres away from where she vanished. The Yorkshire spa hotel was famous for its Turkish baths.

Christie had checked in under the name 'Tressa Neele' (the surname of husband's lover), and seemed to use either that or 'Teresa' for the duration of her stay. She had few belongings with her, and she told fellow guests that she was a woman from South Africa who had recently lost a baby.

According to biographer, Andrew Wilson, she even posted an advertisement in The Times that read: "Friends and relatives of Teresa Neele, late of South Africa, please communicate. Write Box R 702, The Times, EC4."

After she was located, Colonel Christie told reporters that his wife didn't know her real name nor could she recognise her daughter, Rosalind, when shown a photograph of the two of them together.

"She does not know who she is... she has suffered from the most complete loss of memory," he said. 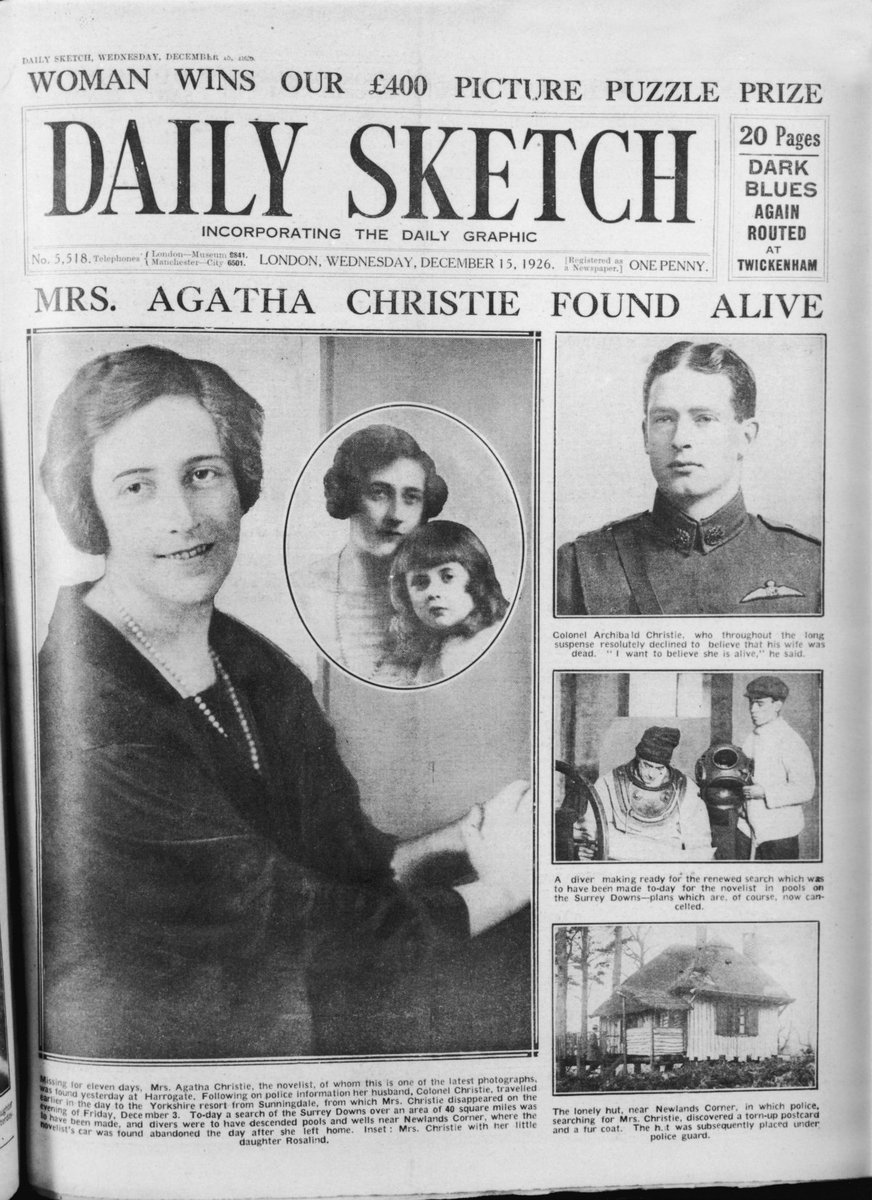 The public and the media were enthralled by the case. Image: Getty.

Christie eventually returned to herself and penned another 60 novels, but she rarely spoke of the event — even with friends. The only explanation she ever offered publicly was in a 1928 interview with The Daily Mail, the same year she and her husband divorced.

She told the publication she had driven to the quarry that December evening with the intention of taking her life, but experienced a car crash that left her with amnesia.

"The car struck something with a jerk and pulled up suddenly. I was flung against the steering wheel, and my head hit something," she said. "Up to this moment, I was Mrs Christie."

The mystery of Agatha Christie's missing memory persisted for decades, even beyond her 1976 death.

In May 2017, Andrew Wilson published a novel based on thorough research of the events, in which he alleged that Christie felt so ashamed of her suicide attempt — a sin according to her Christian faith — that this "master of misdirection" then "constructed the idea" that she suffered from memory loss.

He pointed to her 1928 interview and her semi-autobiographical novel, Unfinished Portrait (published under the pen name Mary Westmacott) in which she wrote of her lead character's suicide attempt: "She admitted that it had been very wicked of her to try."

But historian Andrew Norman had offered a different explanation in his 2006 biography, Agatha Christie: The finished portrait.

After an intensive investigation, he concluded that the best-selling fiction writer of all time (more than two billion copies of her books have been sold worldwide) had likely experienced a 'fugue state'.

According to Psychology Today, people who experience this rare dissociative disorder typically lose awareness of their identity and engage in some form of unexpected travel. Some sufferers develop new identities, and can appear completely unremarkable to outsiders.

This state of "bewildered wandering" can last anywhere from a few hours to several months, and once it's over, the sufferer usually has no memory of it taking place.

It's believed to be a psychological defence mechanism, a way of the mind disconnecting from extreme trauma or stress.

That's now considered to be the most likely explanation for what happened to Agatha Christie in 1926. But of course, there's no way to know for sure.

And so the biggest mystery of her life remains just that.

If you are experiencing depression or another mental health problem, 24-hour support is available via Lifeline. Please call 13 11 14.

Reply
Upvote
I love Agatha Christie's books, and her autobiography is well worth a read (if you're into that sort of thing), even though she doesn't talk about what happened in this particular incident. It was interesting to read about her childhood and travels when she first married Archie. I'm pretty sure I recognised some of the character types in her books in a few of the real-life people she talks about.
News
General
Opinion
True Crime
Politics
Sport
Explainer
Entertainment
Celebrity
Reality TV
Movies
TV
Books
Rogue
Royal
Lifestyle
Beauty
Fashion
Weddings
Home
Wellness
Health
Fitness
Travel
Food
Parents
Before The Bump
Pregnancy
Baby
Kids
Teens
School
Parent Opinion
Work & Money
Money
Finance
Career
Lady Startup
Relationships
Sex
Dating
Separation
Friendship
Family
Real Life
Couples