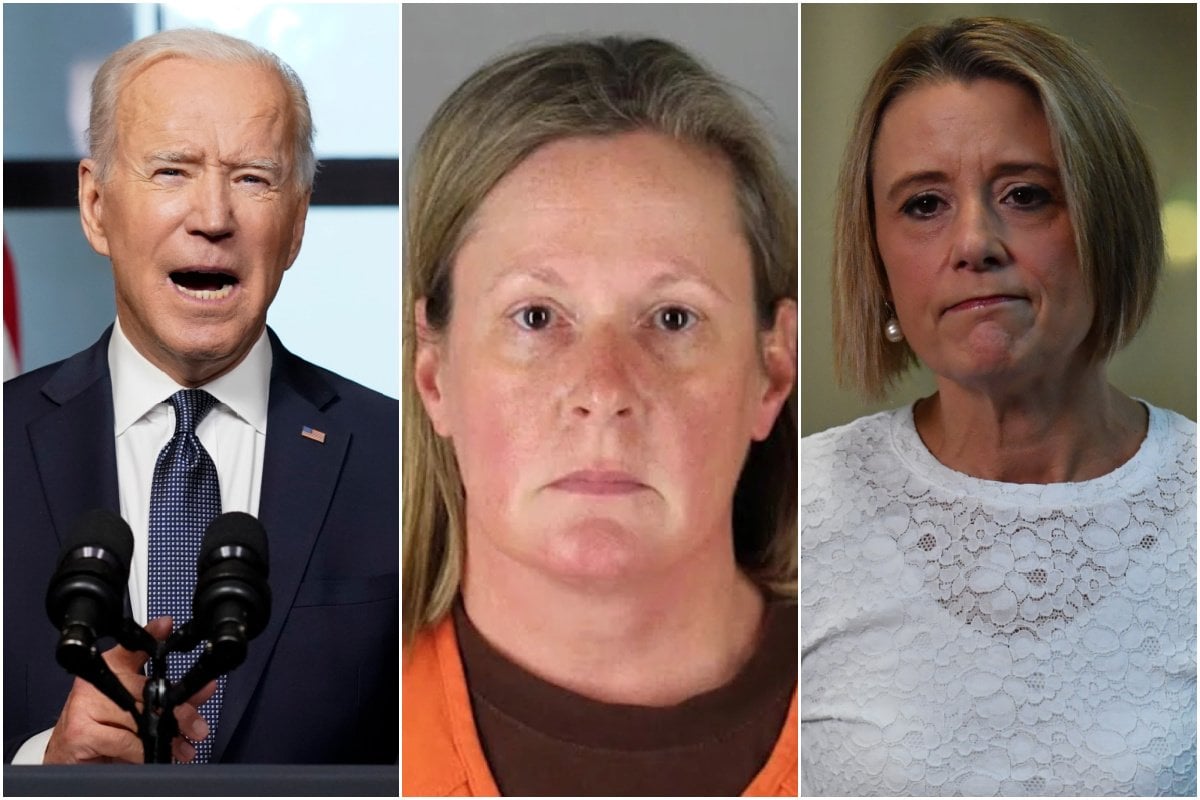 "It's time to come home." America and NATO allies to end war in Afghanistan.

Foreign troops under NATO command, including Australia's, will withdraw from Afghanistan in coordination with a US pull-out by September 11, NATO allies have agreed, pledging to mirror American plans to start removing troops on May 1 after two decades of war.

Around 7000 non-US forces from mainly NATO countries, also from Australia, New Zealand and Georgia, outnumber the 2500 US troops in Afghanistan, but still rely on American air support, planning and leadership for their training mission.

NATO Secretary-General Jens Stoltenberg, speaking alongside US Secretary of State Antony Blinken and US Defence Secretary Lloyd Austin, said the decision was tough.

U.S. Secretary of State Antony Blinken said in Brussels that it was time for NATO allies to make good on their mantra that allies went into Afghanistan together and would leave together https://t.co/PKkApcWbZF pic.twitter.com/7Esbi7V43O

"This is not an easy decision, and it entails risks. As I said for many months, we face a dilemma. Because the alternative to leaving in an orderly fashion is to be prepared for a long-term, open-ended military commitment with potentially more NATO troops," Stoltenberg told a news conference.

Biden gave a speech on Wednesday in Washington announcing the US withdrawal, saying that "it's time to end the forever war."

An integral part of NATO's current mission, Resolute Support, is to train and equip Afghan security forces fighting the Islamist Taliban, which was ousted from power by a US invasion in 2001 and has since waged an insurgency.

A former Minneapolis police officer has been charged with second-degree manslaughter for killing 20-year-old Black motorist Daunte Wright during a traffic stop on the weekend.

The charge against former Brooklyn Center police Officer Kim Potter was filed overnight, three days after Mr Wright was killed mere miles away from a trial for another ex-officer charged with killing George Floyd last May.

The police force says Potter, 48, intended to use her Taser on Mr Wright but fired her handgun instead.

Protesters however say there's no excuse and claim the justice system is titled against Black people pointing out that the young father was pulled over for an expired car rego and ended up dead. Demonstrations outside the local police station have raged for a third night.

The charge Ms Potter is facing carries a maximum penalty of 10 years in prison.

READ: Mere miles from where George Floyd died, another Black man has been killed by police.

Scott Morrison says it's possible all Australians could receive first doses of coronavirus vaccines by the end of the year, with a surge before Christmas.

The prime minister on Wednesday abandoned his opposition to major vaccine hubs, which Labor and doctors have pushed for.

He changed his position after announcing he would meet with state and territory leaders twice a week to get the derailed rollout back on track, with the first of the meetings scheduled for Monday.

Mr Morrison used a business speech in Perth to talk up the progress being made on the vaccination campaign.

The rollout has been heavily criticised for its slowness in comparison to those overseas and unmet promises by the federal government.

He said Australia's rollout pace was comparable to other nations, noting that there were some "challenges we need to fix" including global supply chains and medical advice in relation to the AstraZeneca vaccine's side-effects on under-50s.

The immediate priority was to ensure Australia's most vulnerable people received their jab by mid-year, using AstraZeneca and Pfizer vaccines.

"However, we will still need to see the impact of any potential vaccine hesitancy from that (AstraZeneca) advice on overall take-up rates," Mr Morrison said.

The fourth quarter of the year would be when the campaign is ramped up.

Twerking dancers at Sydney launch of HMAS supply described as 'inappropriate' as videos from the event go viral.

The launch of a $2billion naval ship in Sydney on the weekend is making headlines this week as video from the event goes viral.

A group of female dancers were filmed 'twerking' at the event, attended by Navy officials, the Governor-General and Federal MPs.

The Navy’s top brass is facing controversy after a scantily clad group of dancers put on a risque show for the launch of a new ship in what’s been labelled a ‘21-bun salute’. #9Today pic.twitter.com/SY4YHAV1A4

"Standards in the ADF, and definitely when commissioning a ship, should be a little bit higher than that," former soldier and Liberal MP Phillip Thompson told the ABC.

"We've got the CDF, we've got members of Parliament there, and the Governor-General's there, I don't think it's appropriate to be twerking."

A baby has been found dead on the grounds of a Perth private school, prompting a police investigation.

The 11-month-old baby was found at Kingsway Christian College in Darch in Perth's north, police said late on Wednesday night.

A baby has been found dead on the grounds of a private school in Perth. #9News pic.twitter.com/Nt3UnN2dAV

"Major crime division are currently investigating the circumstances surrounding the death of an 11-month-old infant located in Darch," police said in a statement.

Police said further information will be provided on Thursday.

Labor Senator Kristina Keneally has accused Peter Dutton of cancelling her trip to visit a Tamil family from Biloela who are being detained on Christmas Island.

Senator Keneally, Labor's spokeswoman for Home Affairs, said the Australian Border Force had on Wednesday afternoon confirmed she could visit the family.

But she said 22 minutes later she received an email saying Defence Minister Peter Dutton had "determined that the Special Purpose Aircraft can no longer be made available" for the trip.

Deirdre Chambers, what a coincidence.

Within an hour of confirmation of ABF approving my visit to the Biloela family, @PeterDutton_MP cancelled the plane.

The Biloela family of Priya, Nades and their Australian-born daughters Kopika and Tharunicaa have spent more than three years in detention.

Community members have campaigned tirelessly for them to be returned to their adopted home in central Queensland.

Senator Keneally has said the "sorry saga" should come to an end, with taxpayers spending millions of dollars to keep the family in detention.

She had been due to visit Christmas Island with other MPs as part of a bipartisan parliamentary committee trip and she was planning on bringing a gift for the children, the ABC reports.

Two weeks on from a snap lockdown that plunged Greater Brisbane into tight restrictions, the Queensland government have announced an ease of restrictions across the state from 6am.

The mandate on masks will cease but masks are still required at the airport and on flights, and Queenslanders are recommended to bring masks for settings where social distancing cannot be maintained.

Families reunited and dancing back on the cards as COVID-19 restrictions set to ease in Queensland https://t.co/WK4lLHx067

Stadiums, theatres and cinemas can operate at full capacity and gatherings of up to 100 people will be allowed at private residences.

Visitors will also be allowed back into hospitals, aged care facilities, disability providers and prisons across Greater Brisbane after being barred since March 26.

Two shovels have been found in the search for secret lovers Russell Hill, 74, and Carol Clay, 73, in Victorian bushland.

On Wednesday, police started scouring the area surrounding the Great Alpine Road in Mount Hotham, with the couple not seen or heard from since March 20, 2020 after they went camping together.

At 2:00pm the next day, other campers found the pair's campsite burnt out, with their car still there.

Just after midday yesterday, officers found a shovel in a bush wrapped in plastic. Another was found nearby.

JUST IN: This is the shovel found in thick terrain @7NewsMelbourne pic.twitter.com/9kDzVHGZzF

The search is expected to continue on Thursday.

Australian governments must urgently address the crisis of Indigenous deaths in custody, advocates say on the 30th anniversary of a landmark report on the issue.

The final report of the four-year Royal Commission Into Aboriginal Deaths In Custody was tabled in federal parliament on April 15, 1991.

The inquiry's 339 recommendations were designed as a road map to address the disproportionate number of Indigenous Australians dying in prisons and police custody.

Last week, #PrincePhilip died with dignity. In the last month, five #Aboriginal people did not. https://t.co/IzAxIF4xdW

But almost 500 Indigenous people have died in custody in the 30 years since the report, including five across the country since the start of March this year.

Thousands marched across the country last Saturday to demand action after the recent deaths.

"We are amongst the most incarcerated peoples on earth and have been waiting on real government action for too long," said Meena Singh, legal director at the Human Rights Law Centre.

"If governments believe that the lives of First Nations people matter, then they would take urgent steps to remove unjust laws and policies that contribute to this crisis of over-imprisonment."

The Human Rights Law Centre is part of Change the Record, a First Nations-led justice coalition of 18 organisations calling for six changes to address Indigenous deaths in custody.

These include raising the age of criminal responsibility and repealing punitive bail laws. The group also wants all the 1991 royal commission recommendations to be fully implemented.

Global temperatures are currently about 1.1C higher than the pre-industrial era average and the Climate Council expects 1.5C of warming to occur during the 2030s unless large amounts of greenhouse gases are removed from the atmosphere.

A new report from @climatecouncil says that trying to limit climate change to 1.5C is impossible, and that we should aim for higher temperature targets instead https://t.co/qabUUXtNxC

The council has looked at the latest science and observations to recommend aiming for net zero emissions by 2035.

A midway target of reducing emissions by 75 per cent on 2005 levels by 2030 is also recommended in the Climate Council's new report released on Thursday.

- Denmark has become the first country to stop using AstraZeneca's COVID-19 vaccine altogether over a potential link to a rare but serious form of blood clot.

- Bernie Madoff, the financier who pleaded guilty to orchestrating the largest Ponzi scheme in history, has died in a US federal prison while serving a 150-year sentence.

Reply
Upvote
@katp  Lol maybe that’s it, mind you, you won’t get your empowerment here unless you are very patient. Time stands very still.
G
gypsy a year ago