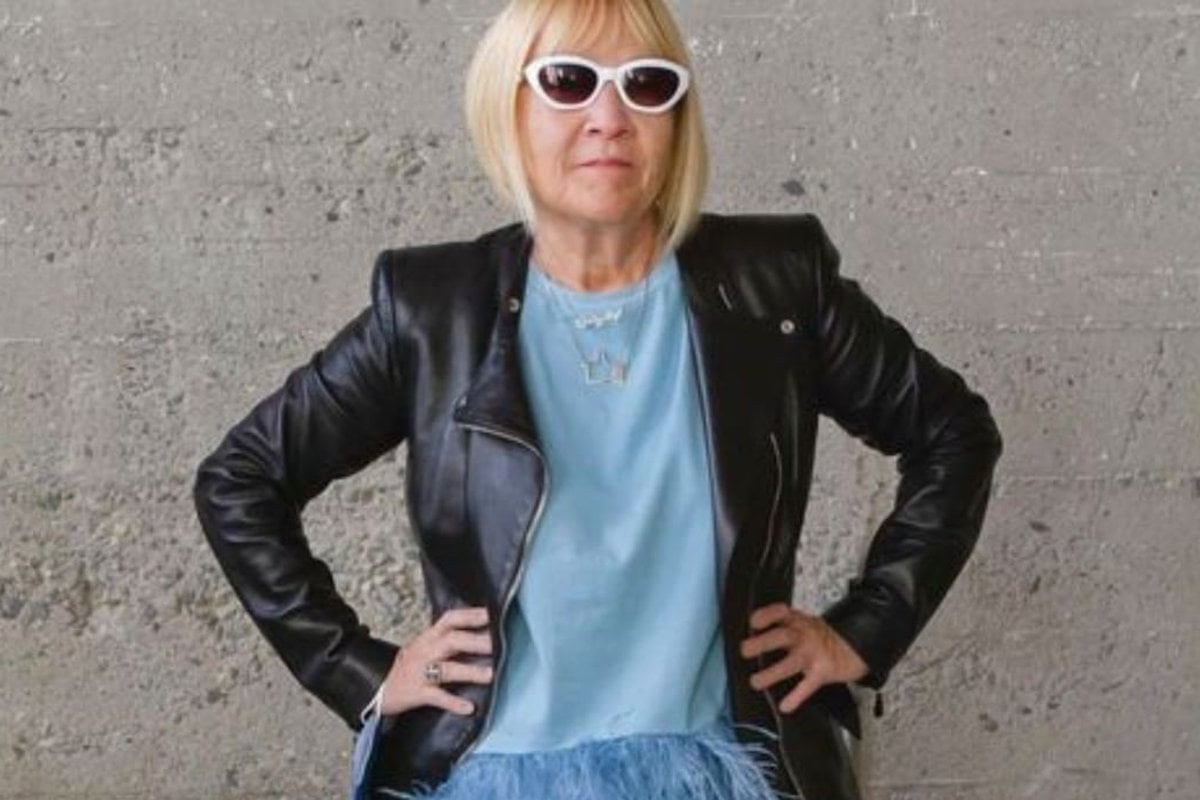 The series, created by the mother-daughter duo and co-founders of storytelling platform StyleLikeU, Elisa Goodkind and Lily Mandelbaum, interviews diverse individuals who claim self-acceptance by stripping down (literally) to open up about style, self-image and identity.

Listen to Mamamia's weekly fashion podcast, What Are You Wearing? On This episode, we talk about the style legacy of Sex and The City. Post continues after audio.

Here's some of the best wisdom she shared.

Cindy Gallop no longer cares what people think about her clothes, despite society insisting on having a say.

"I think one of the most appalling beliefs going around culturally is that older women should cease to dress in certain ways or should dress in certain ways," Cindy said while wearing a periwinkle blue feather dress, leather jacket, embellished heels, and white sunnies.

"If you look at me, you'd think there's somebody who wants to be seen, wants to be noticed, wants to be visible, and you'd be absolutely correct," Cindy added.

Marriage and kids aren't for everyone.

Cindy has never been a relationship person. Her longest, in her early 40s, lasted two-and-a half years, and it showed her it was never something she desired.

"I'm just happier living my life the way I want to," she said. "I cannot wait to die alone."

Now at 61, she's the definition of free: she doesn't have children, and she dates younger men "casually and recreationally for sex."

When Cindy tells people she doesn't have kids, she gets one of two responses:

"Oh, the poor dear thing. She never found anyone who wanted to marry her," or, "Oh my god, a woman doesn't want kids. How unnatural."

But she's thankful she never did.

"My mother is Chinese," Cindy said. "Separate to the fact that [marriage and kids] are what women are expected to do, especially in Asia, I regularly give thanks to the lord I never had children."

And when asked why she hooks up with younger men, Cindy replied: "I want lots of stamina and a very short recovery period. I don't get those with men my age."

Sexual attraction has nothing to do with age.

As the video goes on, Cindy loses more and more layers of clothes, until she's sitting on the chair in her bra and underwear. It's then she insists that age and appearance have nothing to do with sexual attraction. 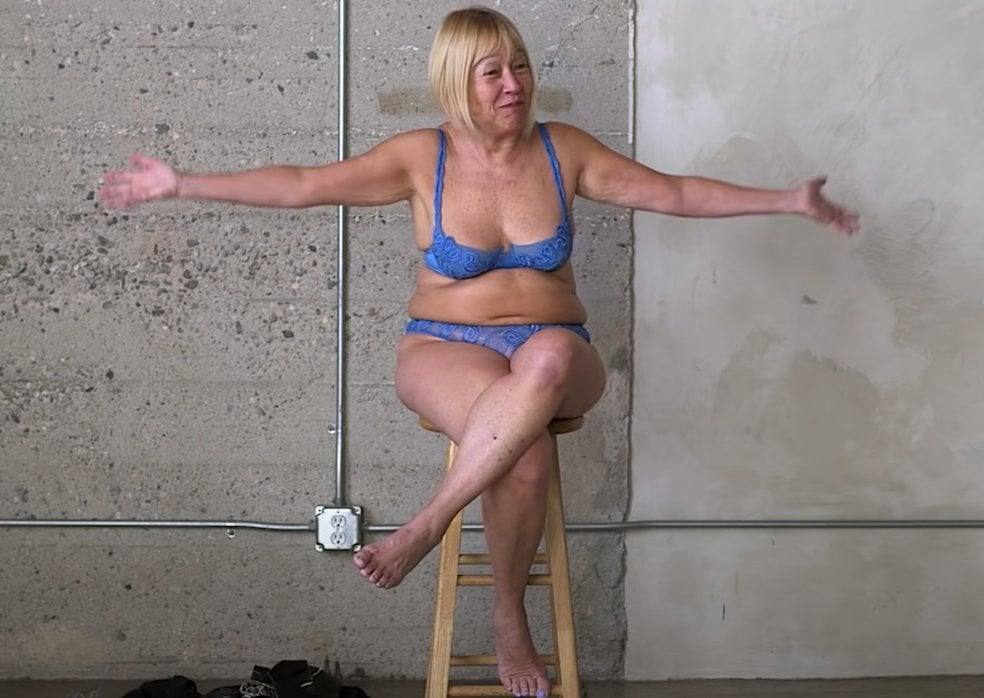 "What makes you sexually attractive and desirable is you. And your body is hot as hell because it’s yours," she said.

"Live your life, don't give a sh*t about what your body looks like; you will absolutely find people that think you're the hottest thing out."

Stop caring about what anyone else thinks.

In case the message wasn't clear already, Cindy's bottom line is this: stop giving a damn what people think of your choices.

"When I was younger I cared about what people thought. I thought I should conform to certain things," she said.

"And it’s just been a gradual realisation over the years I’ve lived that f**k that sh*t."

To watch the other videos from the StyleLikeU series, What’s Underneath: Defying Ageism, click here.

T
trisha21 a month ago