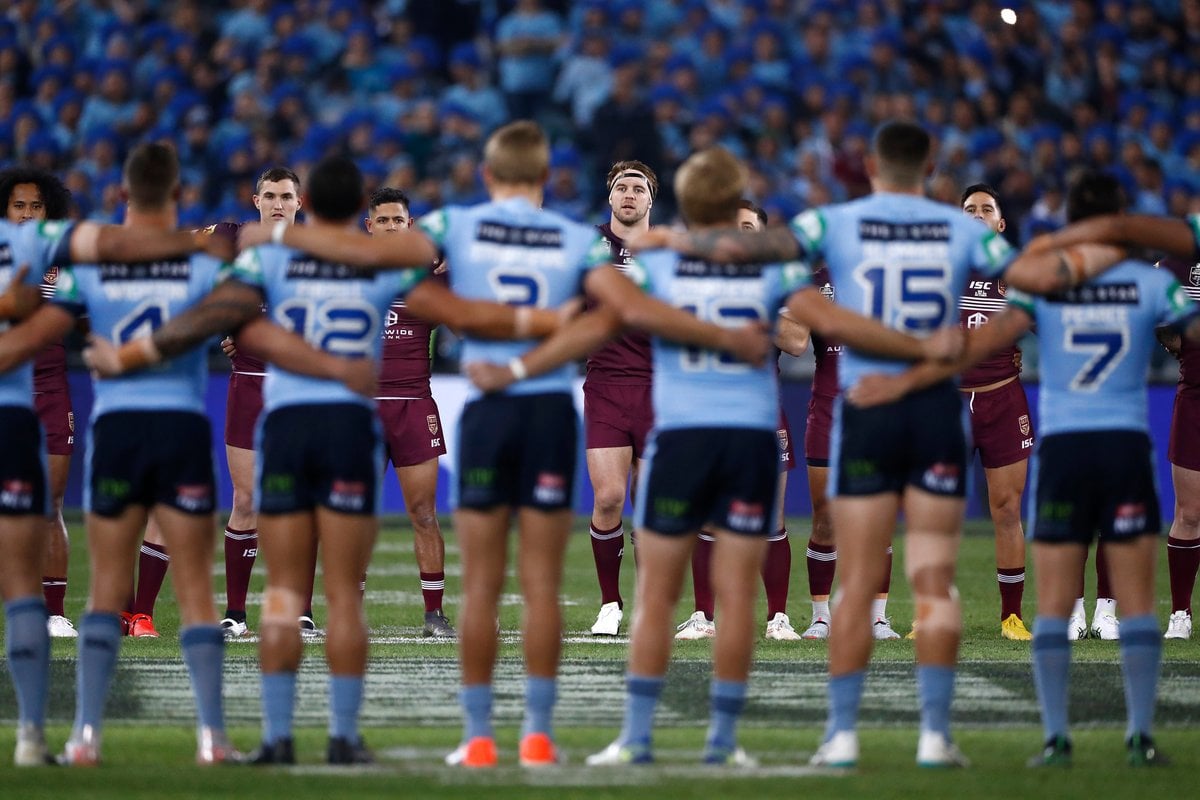 It had just officially replaced 'God Save The Queen' as the anthem, but not before the Prime Minister of the time Bob Hawke requested a change to the opening line (now "Australians all let us rejoice") to be more inclusive.

Decades later, the debate continues about the song, and one line in particular - "For we are young and free" - because it does not recognise Australia's rich Indigenous history and the oldest continuous culture in the world.

Watch: The Stolen Generations: Why I can't 'get over it'. Post continues below video.

We have known for a long time that not all Australians feel represented by the national anthem, but stating so comes with a risk.

In 2018, a nine-year-old Queensland girl refused to stand for it during assembly. She received a lunchtime detention from her school, and faced the ire of politicians and media.

"Someone needs to give this girl a bit of a lesson. Or, as one of my listeners said using the lingo of my old man, a good kick up the backside," Alan Jones said on his 2GB breakfast show. "Though, my listener didn't use the word backside."

Pauline Hanson used the same "kick up the backside" line.

When Indigenous NRL players decided against singing the anthem before matches in 2019, radio broadcaster Chris Smith said the players were dividing "young, impressionable" fans of the game and guilting the NRL into not celebrating "this great country".

Now, NSW Premier Gladys Berejiklian has expressed her support for changing that one word: 'young'.

"We need to recognise our Aboriginal heritage and to say we're young and free... it ignores the fact that they've inhabited the continent," Ms Berejiklian told Today.

"I feel upset when others don't feel the anthem reflects them. We have a proud First Nations culture and continuing culture here in Australia, that one word might make a difference to some people."

Calls are growing to change the Australian national anthem to include our Indigenous history.
Today, the campaign has a surprising new ally, in Gladys Berejiklian. Lawyer and campaigner @teelareid shares her thoughts on what more can be done to include our First Nations people. pic.twitter.com/1M6o7AWIxb

In NAIDOC week 2020 (with the theme 'Always Was, Always Will Be') all about recognising and celebrating that First Nations people have occupied and cared for this continent for over 65,000 years, the calls for change are once again making waves.

Karen Mundine, the CEO of Reconciliation Australia, told Mamamia's The Quicky she welcomed Berejiklian's comments but these conversations have been going on for too long without action.

Mundine said the reaction of outrage and offense over just one word is telling.

"I think what's really important when we think about any of these types of changes is that we should be guided by what it is we're trying to do or trying to achieve.

"If the change that we're looking for is about showing respect and recognition, then before we jump to an end solution or result, let's work through what that means. I think that includes both parties as well.

"For Aboriginal and Torres Strait Islands people, what would be respectful for recognising us? But also there is a broader community that the anthem speaks to as well. And so, how do we involve all Australians in a way that we get to a consensus rather than a conflict?"

Mundine said changing the word 'young' is a starting point, but it wasn't a magical fix.

She said there is a link between the symbols and the actions: The symbols needed to be backed up with action, and when the actions happen, we need the symbols to represent them.

Reply
Upvote
Again, something that can be easily changed to include all Australians and there is a carry on from the perpetually offended whites.
I don't sing it, it's a joke.
S
srn 2 years ago