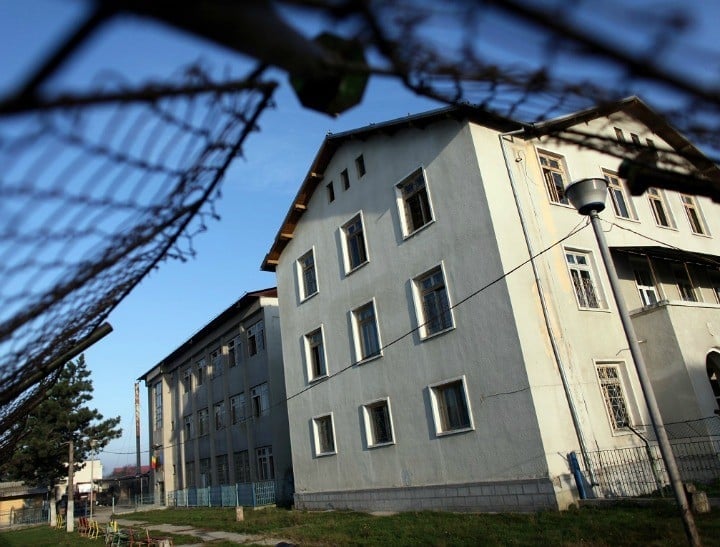 This story is bizarre and devastating in equal parts.

A family has listed a four-year-old girl for adoption online — allegedly because they realised after adopting her they had “no time” to care for her.

I need some help. Does anyone know a family who would like to adopt a 4 year old girl.

My parents adopted her but got new jobs and they have no time for her. I have 3 kids of my own and can not handle another. Serious inquiries only.

Donarth, 24, posted the message in a group for mothers in Dubuque, Iowa, prompting several members of the 4,300+-member Facebook group to call the police.

KWWL reports Police Lt. Scott Baxter said his department received “several calls” following the online comments, but that Donarth claimed it was all just a misunderstanding.

“She had no intentions of selling the child or giving the child away herself, and obviously she wouldn’t legally have been able to do that anyway since it wasn’t her child,” Baxter said.

“She said her intention was to seek assistance from adoptive agencies.”

The post immediately incited criticism from online commenters, with some offering to adopt the little girl.

The post has also reopened discussions about ‘re-homing’ adopted children – a topic that provokes controversy every time it hits the headlines.

In 2012, 33-year-old Tennessee nurse Torry Ann Hansen put her seven-year-old adopted son Justin back on a plane to his native Russia alone, except for a note saying he was seriously disturbed, the New York Times reports. The Hansen family later told Associated Press they believed Justin was healthy prior to the adoption, and that they’d been ‘misled’ about his condition.

Then in 2013, an investigation by Reuters journalist Megan Twohey found that an American couple turned over custody of their troubled adopted Liberian daughter, Quita, to unfit parents they’d met online.

That disturbing investigation also uncovered a series of internet message boards dedicated to ‘private re-homing’, on which adopted kids were re-shuffled to new families like pets. As the report found, children were sometimes abused in their second, or even third, re-homing — with little regulatory oversight.

In one shocking instance, a girl adopted from China and later sent to a second home told Reuters she was made to dig her own grave by her second adoptive family.

“There’s just enormous adjustments to make and in lots of ways it’s impossible to prepare totally for that,” Dr Fronek says. Fortunately, Australia’s adoption laws are tighter than those of countries like the US, where as many as 10 percent of adoptions are “dissolved”, federal Children’s Bureau statistics indicate.

Related: She adopted a little girl. Two years later, she gave the child up again.

As Senior Lecturer Dr Patricia Fronek of Griffith University previously told Mamamia, while official Australian figures were lacking, “anecdotally, we appear to have a lot less disruption than in other systems.”

But where broken adoptions do happen, Dr Fronek says they’re often down to a lack of preparation by adoptive families.

“The contributing factors would probably (include) parents being underprepared and not really understanding the reality of parenting particular children,” she says.

She adds that families tend to face bigger adjustment challenges the older a child is.

“There’s language, there’s fitting into new families and homes and systems,” she says. “And often with adoption, people can forget that a child’s life doesn’t start with adoption – there’s existing relationships even within orphanages. There’s just enormous adjustments to make and in lots of ways it’s impossible to prepare totally for that.”

The Adoption Disruption website suggests that the phenomenon is particularly widespread “among those parents who have adopted from Eastern European countries, particularly Russia and Romania, where some children have suffered far more from their institutionalisation than their parents were led to believe.”

“The child may have developmental, psychological or medical issues that the parents cannot handle, or had not been informed of prior to the adoption, or both,” the site suggests.

That certainly seemed the case for Beth and Tom Remboldt, who told the New York Post they gave up their nine-year-old Russian daughter Galina after she displayed severe behavioural problems including chronic toileting difficulties and screaming at her adopted mother, “I want you to eat my poop and die.”

The family later discovered Galina had been removed from a faeces-infested house, that her body was covered in burns from childhood abuse, and that she’d been deprived of food and heat.

The Guardian similarly reports that some Romanian orphanages keep children in cage-like cribs for 23 hours a day and wash them forcibly with cold taps.

Once adopted, many such institutionalised Romanian children rocked back and forth, showed a limited capacity to move and speak, and struggled to give and receive affection.

Dr Fronek tells Mamamia that we simply “don’t really know” much about how children deal with adoption disruption in the Australian context, but one thing is clear: they suffer terribly.

“We know from overseas experiences that it has a shocking effect on adopted children,” she said, “because it’s rejection all over again.”

Have you had any experiences with adoption disruption?

She adopted a little girl. Two years later, she gave the child up again.

And Some would like to make adoption easier - I don't think this is a good idea. The rules are in place for a reason. Leave them there to avoid American situation.

So have you tried to adopt in Australia??? It takes up to 7 years and tens of thousands of dollars sometimes. I think we would all agree to keep the rules in place but they most definitely need to make adoption easier. Look up our wonderful Deborra-Lee Furness and she had all the facts!!

Give them to me!
Psychological issues or not, I'd help them. The right parent would break through those issues and help the child not ship them back because it gets "too hard"