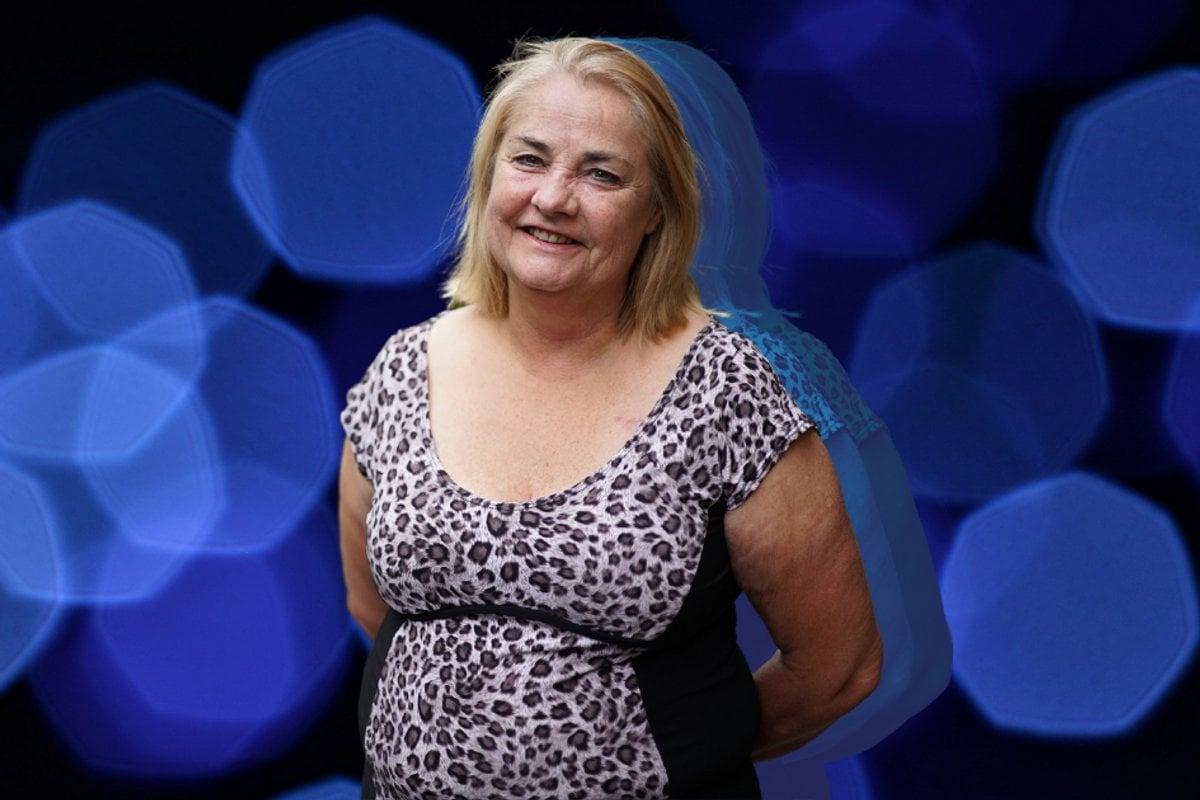 I was 13 when I first started drinking alcohol. My mother encouraged me to imitate her by having one large glass of sherry before dinner and two glasses of wine with dinner, every night. Ironically, I wasn’t allowed to wear makeup until I was 15.

Christmas cocktail parties, get-togethers with neighbours, and any other social event was an excuse to open the bar for my parents, and I was always welcome to help myself to whatever I wanted. One of my father’s favourite desserts was vanilla ice cream drowned in Crème de menthe. Apart from scotch, Campari was another of my father’s favourite drinks (as well as any liqueur) - and I was invited to try everything.

Watch the trailer for SBS's Addicted Australia. Post continues below.

Since my early introduction to alcohol, a number of factors have played a part in what has now been a 50-year struggle with alcohol addiction.

My career really flourished in the 80s, 90s and early 2000s. In the corporate world I worked in, there was a heavy drinking culture. Friday night drinks were disguised as staff meetings and as an executive assistant, I was often asked to entertain clients after hours and wasn't allowed to go home until the guests left.

In 2012, I broke my tibia and fibula. I was also made redundant. Around the same time, my husband left me and my mother passed away. It was an extremely stressful time and I started drinking very heavily.

Then, I fell over when I was trying to walk on my crutches and broke my nose, and ended back in hospital.

My addiction has affected my life in many ways.

Deep down, I’m still angry with my parents for encouraging me to drink at such a young age. The only way I can cope with that anger is to tell myself that they did the best they could with the knowledge and information they had at the time.

My belief is that addiction is hereditary in the same way that many other diseases are passed on from one generation to the next.

My father died of a heart attack at 58, following in the footsteps of his father, mother, brothers and much later, my aunt. All of them passed away early from either a heart attack or stroke and just like these health conditions, I believe addiction can be inherited as well.

Battling addiction is not easy. And the hereditary aspect of the disease makes it even more difficult to give up.

I’ve tried giving up many times, with varying degrees of success. But more recently the imminent arrival of my first grandchild became a major motivation. I want to become a good role model.

When I was approached by Blackfella Films to take part in a new treatment program with Turning Point as part of SBS’s documentary Addicted Australia, I didn’t hesitate. I was impressed by the amount of assistance on offer – from psychology, psychiatry and social worker help to a four-week detox and rehabilitation program.

Our peer support group at Turning Point really made me aware of other people’s struggles. I always said to myself, ‘yes I drink too much but I’ve never taken illicit drugs and I am not a gambler!’, as though that justified anything.

Meeting my peers showed me I was being a snob and that their problems are as real as mine and I shouldn’t judge. They are all really good people, and very intelligent.

The stigma against all forms of addiction makes me very cross. We are people just like everyone else, but we have a very misunderstood disease.

I feel like I have progressed a long way in the last 12 months. I’m not perfect yet and maybe I never will be, but I am much healthier and happier than I was a year ago.

I hope that by sharing my story I can encourage anyone who thinks they may have a problem to seek help. If I can just give one person the courage to seek assistance, then the last 12 months have been worth the effort.

Watch Addicted Australia, a four-part documentary series, on Tuesdays at 8.30pm on SBS and SBS On Demand.