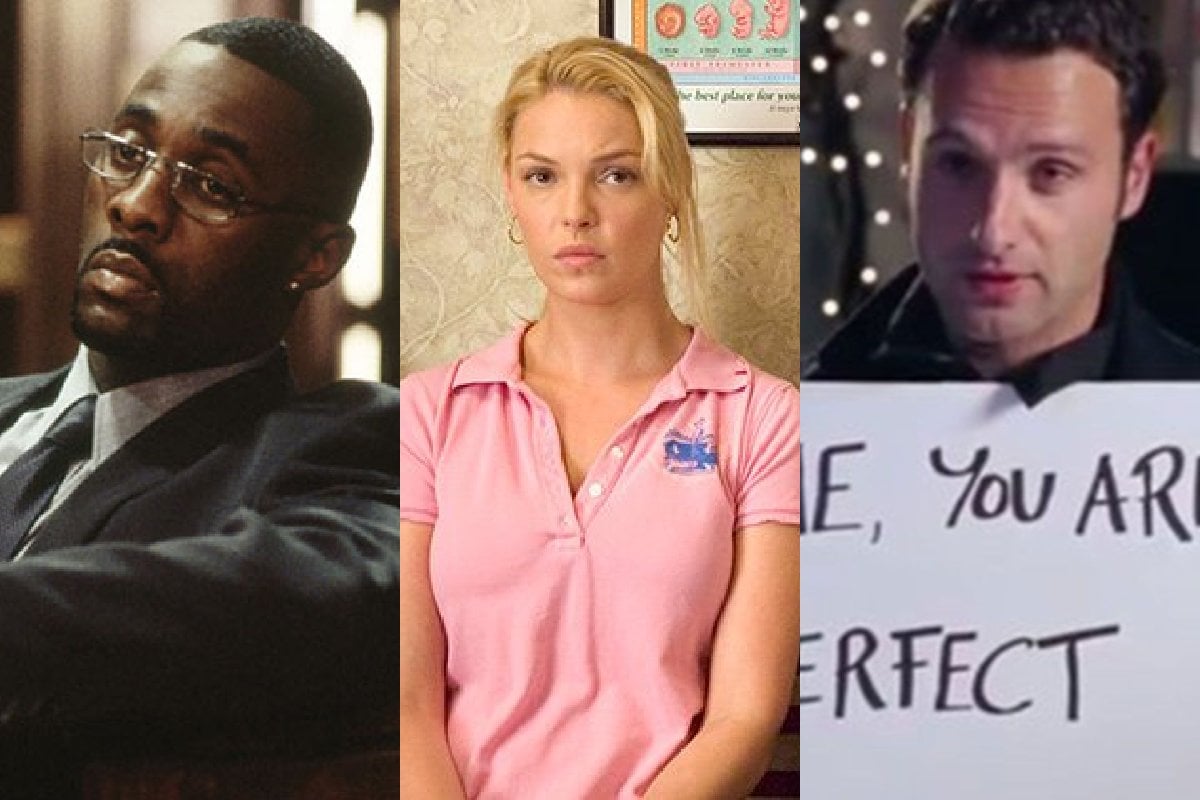 As an actor, your job is to take on the personality, traits and motivations of the character you are playing. So it's a bit unfortunate when the person you are pretending to be is a total d*ck.

Here are 7 actors who hate characters they've played - and for some of them, this means they are cringing about their most iconic roles. 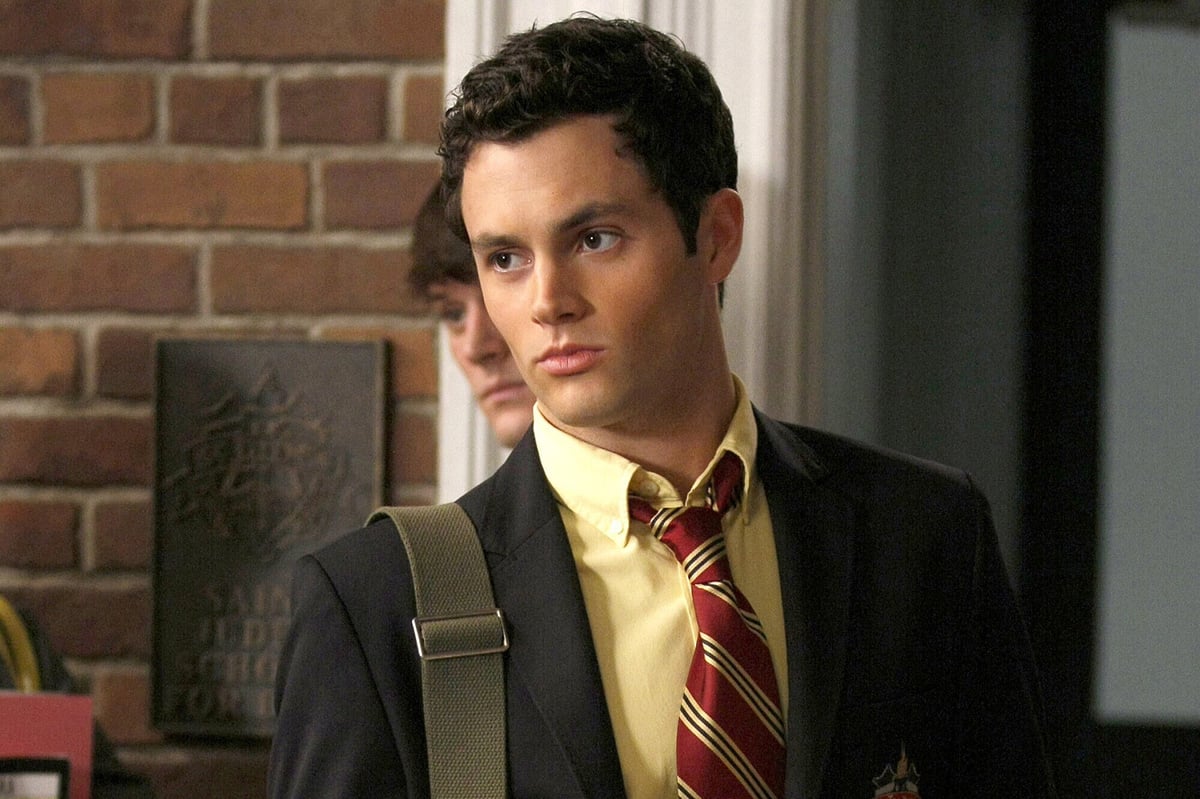 Now, before you ask: Yes, Penn Badgley also hates his character Joe from Netflix series You. Joe is a manipulative stalker and serial killer. So it would be a bit concerning if he didn't hate Joe.

But we need to talk about how he also hates Dan Humphrey.

Gossip Girl's Dan Humphrey is the worst, and this is a show that also included Chuck Bass!

In an October 2021 interview with Esquire, Badgley was asked what the worst thing Dan ever did was. There was a lot to choose from, including that unfortunate 'being Gossip Girl the entire time and online bullying all your friends and family' thing.

"These storylines are twisted. This is villainous," he said. "I am known for playing off-putting and villainous characters, how did I end up here?"

Don't worry about it too much, mate. Absolutely everyone who has watched the Gossip Girl finale has asked themselves the same question. 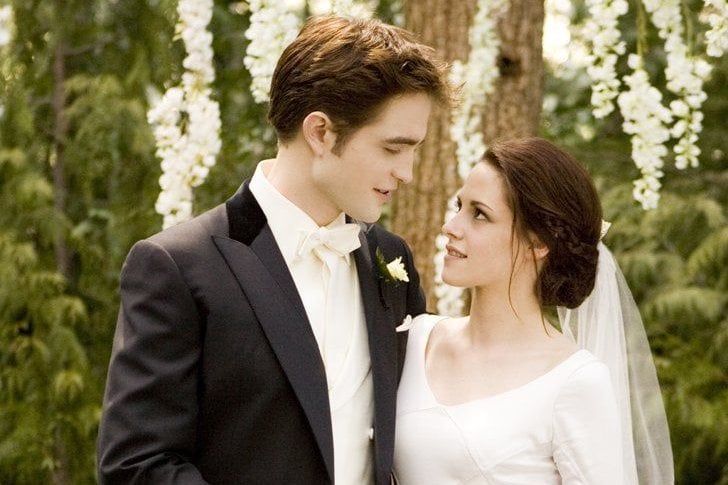 He will always be Cedric Diggory to me (RIP), but it was his role as Edward Cullen in the film adaptions of Stephenie Meyer's teen-lit series that made him really, really famous.

He's basically been blasting the movies ever since.

Pattinson described his technique for playing Edward as looking "slightly constipated and stoned".

"He's the most ridiculous person... the more I read the script, the more I hated this guy. Plus, he's a 108-year-old virgin, so he's obviously got some issues there."

"If Edward was a non-fictional character, and you met him in reality, he's one of those guys that would be an axe murderer," he once told OK Magazine.

I hope Pattinson never stops talking about how much he hates Twilight. 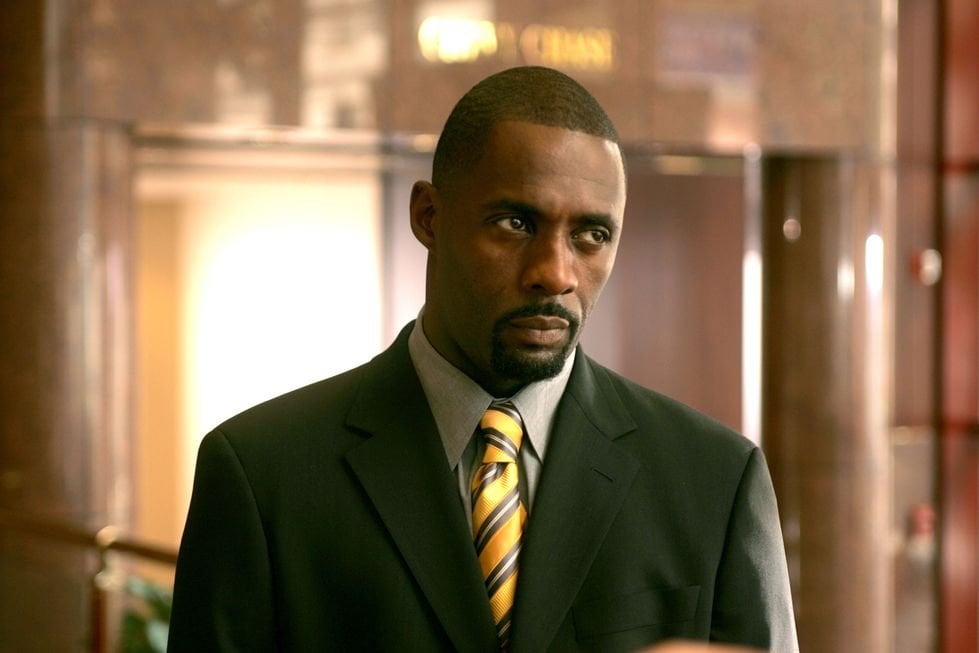 In August 2018, Idris Elba told the Unfiltered with James O'Brien podcast he was uncomfortable with the fan reaction to his The Wire character, Stringer Bell.

Stringer Bell is a drug kingpin, so I guess that's fair enough.

"We're all idolising Stringer Bell, but who are we really idolising?" he asked.

"Are we idolising a smart drug dealer or a dumb narcotics dealer? What are we saying here?

"Is it OK to pump a community full of heroin but because you're smart at it, that makes you cool? That was a problem for me." 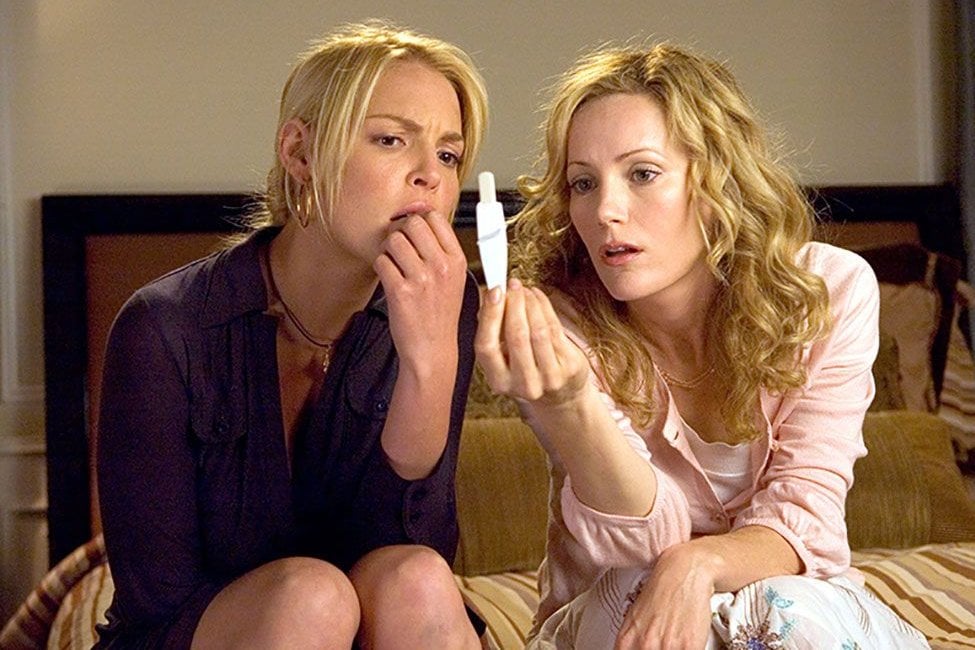 Knocked Up turned Katherine Heigl from 'Grey's Anatomy's Izzie' to a certified movie star, but that didn't stop her from slamming the film in a 2008 interview.

"It was a little sexist," she told Vanity Fair. "It paints the women as shrews, as humourless and uptight, and it paints the men as loveable, goofy, fun-loving guys. It exaggerated the characters, and I had a hard time with it, on some days. I'm playing such a bitch… It was hard for me to love the movie," she said, angering director Judd Apatow.

In 2016, Heigl reflected on her choice of words.

"I liked the movie a lot. I just didn't like me," she told Howard Stern.

"She was kind of like, she was so judgmental and kind of uptight and controlling and all these things and I really went with it while we were doing it, and a lot of it, Judd allows everyone to be very free and improvise and whatever, and afterwards, I was like, 'Why is that where I went with this? What an asshole she is!'" 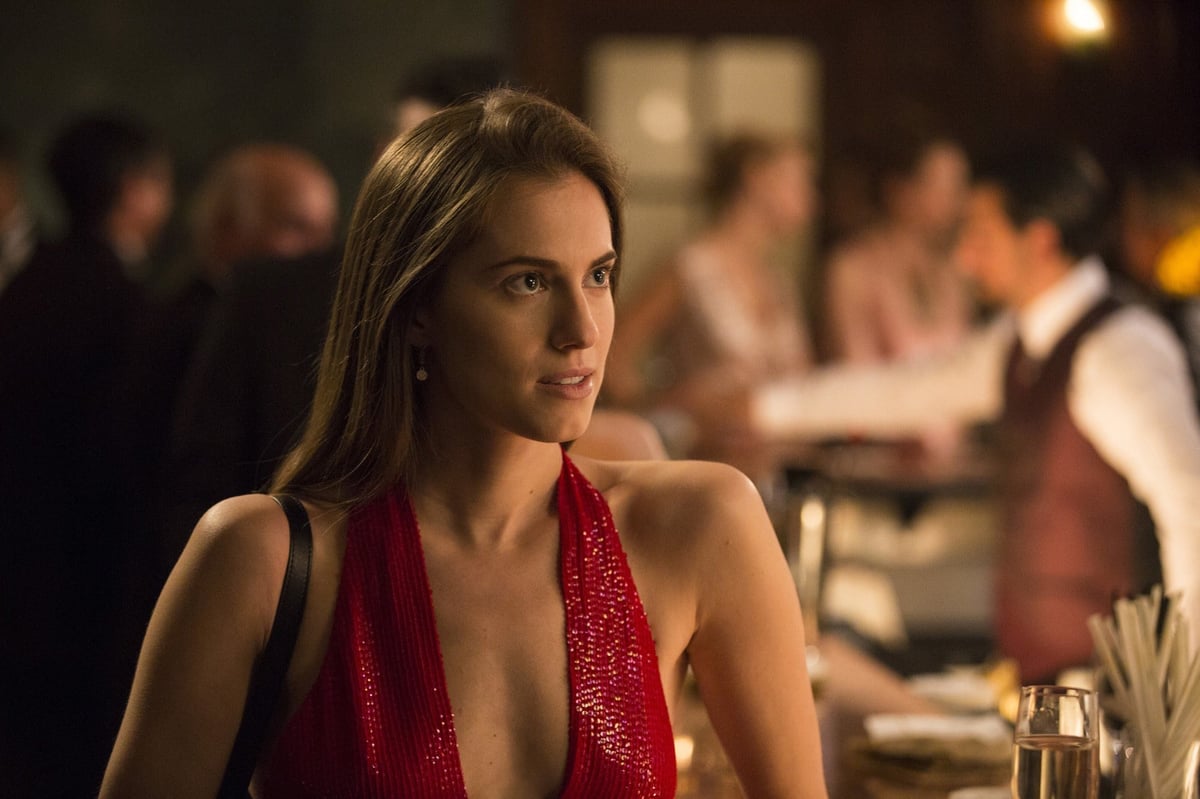 If we're honest... all the characters on Girls sucked, but Marnie was... well, here's a real headline I just read: 'Is Marnie From 'Girls' the Worst Character on TV?'

"Marnie would drive me crazy if we were friends in real life," she told Buzzfeed. "But I have to put that out of my head in order to play her. Like, sleeping with Elijah is crazy, sleeping with Ray is crazy, furiously hitting on Desi when he mentions his girlfriend in their first conversation is crazy; but I have to be on the couch with her and Elijah hoping they f***, I have to be in that apartment with Ray kinda wanting it to happen, and I have to support her quest for Desi.

"I have always been aware that Marnie is divisive... I mean, Marnie is probably the closest I will ever commit to playing a villain without actually killing someone." 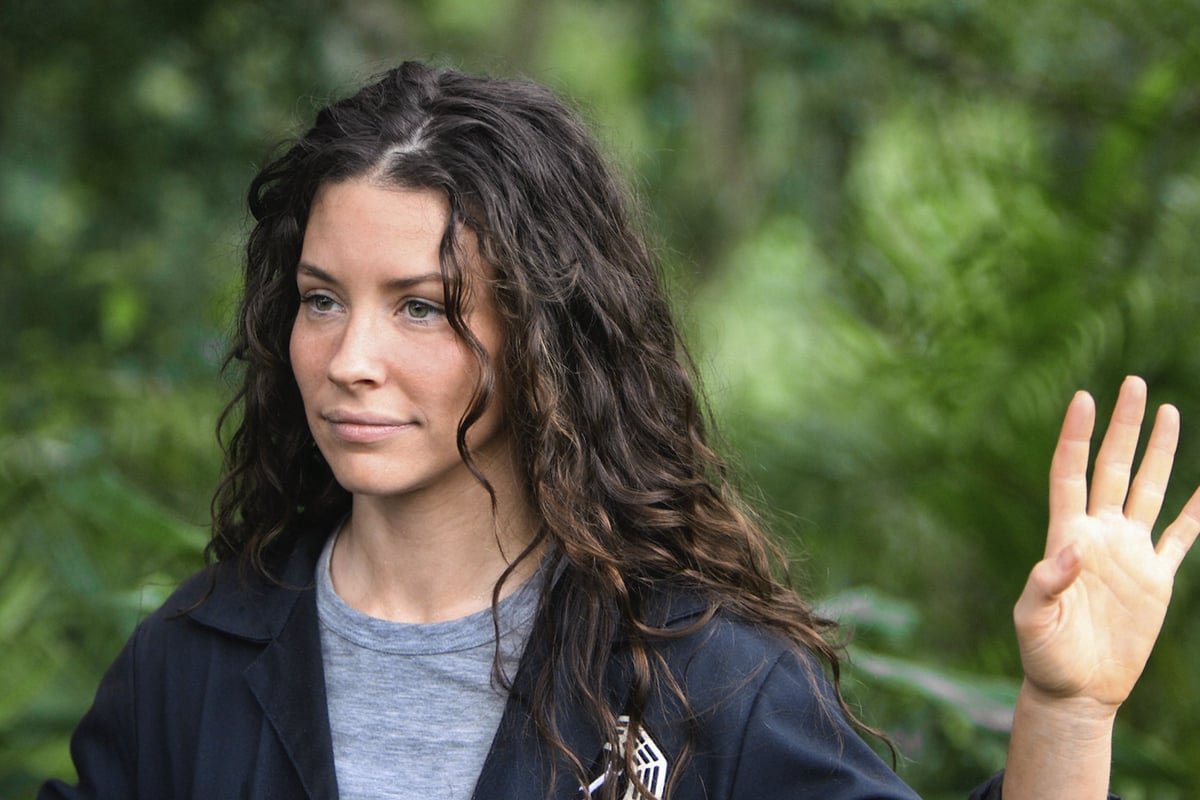 Evangeline Lilly wasn't the biggest fan of her character Kate as the seasons of Lost progressed.

During The LOST Boys podcast, Lilly said: "I always thought she was obnoxious. I mean, not at the beginning. At the beginning, she was kind of cool, and then as the show went on, I felt like she became more and more obnoxious.

"I felt that my character went from being autonomous - really having her own story, and her own journey, and her own agendas - to chasing two men around the island, and that irritated the sh*t out of me." 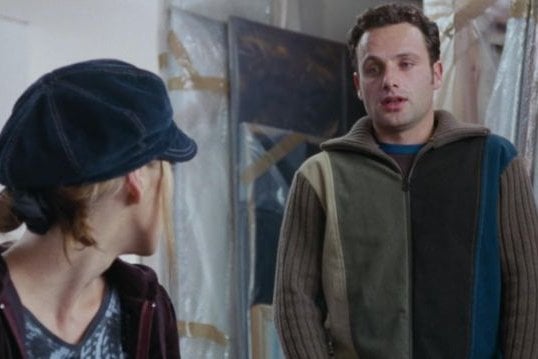 OK, I am a forever Love Actually fan, but even I have to admit that Andrew Lincoln's Mark (the guy in love with his best friend's wife, who happened to be Keira Knightley) was a bit of a creeper.

Turns out, he was worried about the role from the beginning.

"In one of the most romantic movies of all time, I got to play the only guy who doesn't get the girl. The story is set up like a prism looking at all the different qualities of love. Mine was unrequited. So I got to be this weird stalker guy," he told Entertainment Weekly.

"My big scene in the doorway felt so easy. I just had to hold cards and be in love with Keira Knightley. And that was my own handwriting on the cards, thank you for noticing. But I kept saying to Richard [Curtis, the film's writer-director], 'Are you sure I'm not going to come off as a creepy stalker?'"

Curtis told him not to worry, and Lincoln thinks it was the fact that he didn't look like a creepy stalker(???) that earned him the role.

"I think it was decided that I looked quite innocent," he said. "I didn't have facial hair or wrinkles back then — and I wasn't starring on a zombie TV show. I didn't look as, well, creepy as I do now."