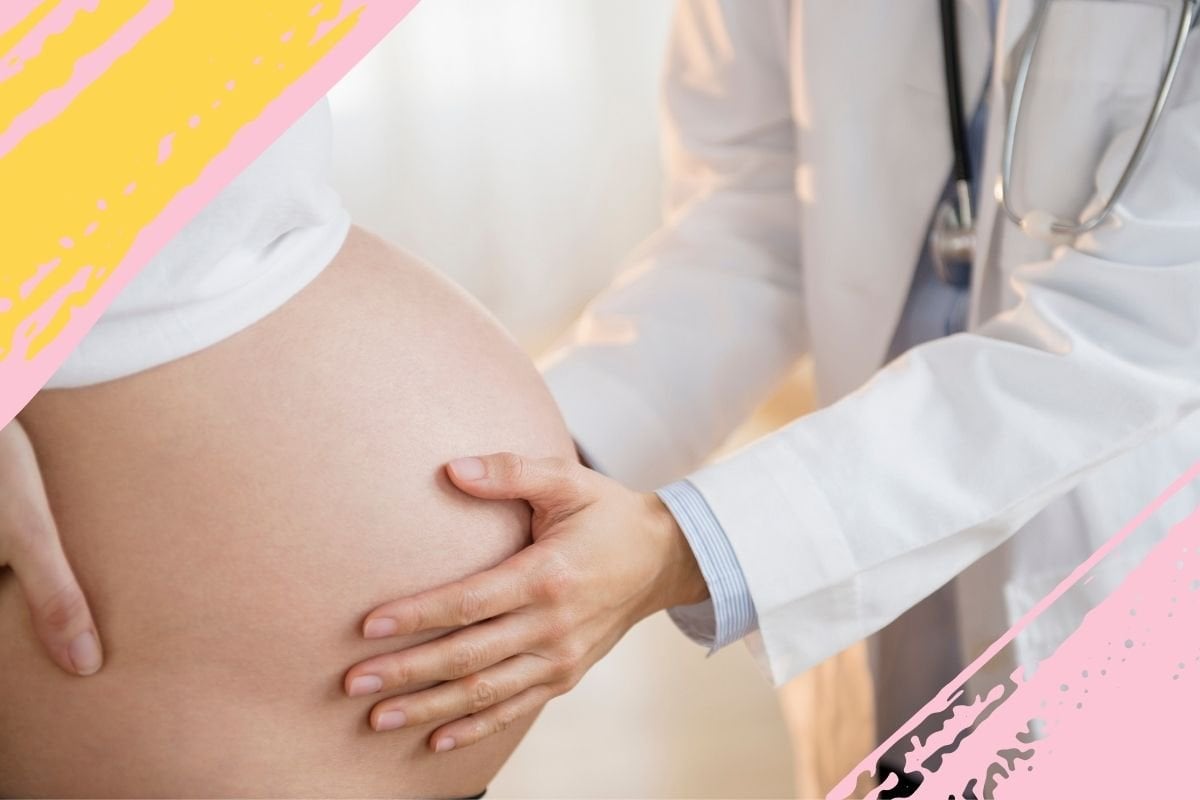 I'm currently pregnant with our first child, and my husband Chris and I were very firm in our decision to keep our baby's gender a surprise until they were born.

We'd both discussed it well before we even thought about having a baby - it's just one of those things that we talked about for our hypothetical future, like baby names.

There's so few surprises these days - everything is accessible at the touch of a button and there's less mystery in the world. So, I think having this one thing that we didn't know, and wouldn't know until the day the baby was ready to be born, was exciting for us and something we were really looking forward to.

Watch: Explaining public transport to my baby. Post continues below.

We both thought it would make the birth more special and a little bit of an extra reward after nine months of pregnancy and then giving birth, which I'm led to believe isn't exactly a walk in the park.

At around 10 weeks, I chose to have NIPT (non-invasive prenatal testing) - which in my case involved both a blood test and a quick ultrasound.

The answer to both was a resounding "No". We were both definitely on the same page that a surprise was the best way to go for us.

About a week later, the testing company called me to say the results of the blood test didn't show any increased risk of chromosomal abnormalities, which was obviously great news.

The woman on the phone told me to book an appointment with my GP to review the report, and to make sure I told the GP that I didn't want to know the gender of the baby.

I thought this was a strange thing to say. "Of course, when the doctor asks me if I want to know, I'll say no," I thought.

A couple of days later I went to see the GP and when I walked into her office, she asked, "What can I do for you today?".

I responded that I had recently had the NIPT done and was told to make an appointment to see my GP to discuss the results.

"Oh yes, that's right" said the GP. She didn't say anything further, just looked at her computer while I fussed with my face mask for the tenth time since I entered the practice.

A few seconds later she said hurriedly, "Ok everything looks good. XY - so you're having a boy..." and she continued speaking, but I didn't hear anything beyond the word "boy". My heart sunk and I felt the symptoms of panic as I said, "Oh s**t", with what I imagine was a look of horror on my face.

The doctor looked at me and said, "What?".

"We didn't want to know the gender," I said.

At this point my heart was beating so fast and I was feeling dread, regret and a little bit of shame.

The doctor then continued speaking and looking at the report as if nothing had happened, while I sat there for the next 15 minutes wrestling with my negative emotions, feeling guilty about the fact I was having them and trying not to cry.

I left the doctor's office in tears and called Chris, who was in a meeting and couldn't talk.

I texted him: "Everything is fine, but can you please come home for a minute because I really need you."

I didn't want to tell him this over the phone, or even that I knew the gender, because I wanted to make sure his experience of finding out wasn't as negative and unexpected as mine.

Luckily, he only works 10 minutes away and could tell I was really upset. So he came home, and I told him through my tears that the doctor had blurted out the gender of the baby. 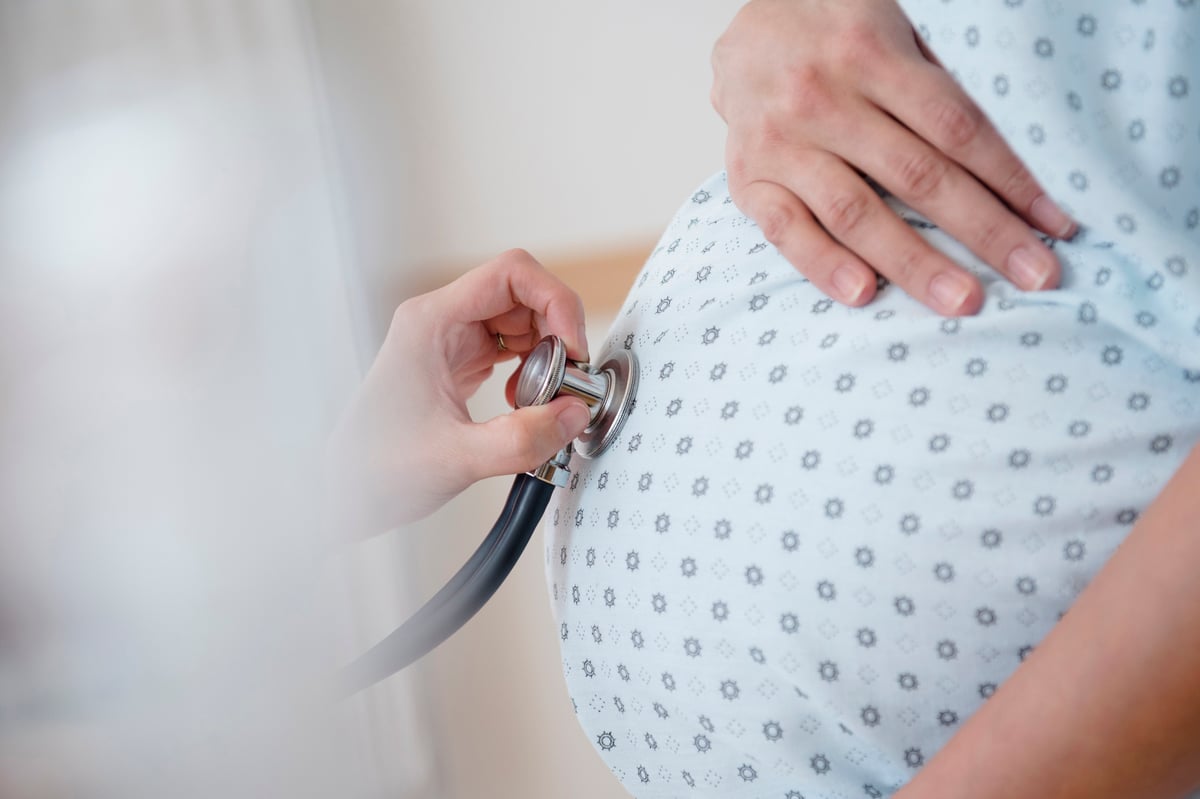 He gave me a hug and told me everything was ok, and I told him how I was sorry, that I felt like it was my fault because I didn't intercept the doctor as soon as I walked into the room, or walk in wearing a sign around my neck that says, 'We don't want to know the baby's gender!' (which I am seriously considering doing for our second baby).

I couldn't keep the fact that I knew a secret from him, and so I asked him if he wanted to know the gender and he said yes. So, we sat down on the couch and I took a deep breath and told him, "We're having a little boy."

He was beaming from ear to ear, kissed me, hugged me and shed a tear. I was really happy that I made the experience a good one for him, especially because he made me feel better about everything as soon as he walked in the door - which I knew he would.

Chris understood how upsetting it was for me to find out, so unceremoniously and all alone. I had built up the surprise in my head and within a second it had come tumbling down and I just felt like I had let everyone down.

I also felt so guilty for even being upset. I thought, "I have this beautiful little boy growing inside me, how can I be so superficial as to be upset about something as trivial as his gender? As long as he is happy and healthy, that's all I could ever ask and I should just be grateful."

So, why did I still have these feelings that wouldn't go away? Why was it rocking me so much?

The truth is that it was two things, and both of them revolved around a sense of loss.

Firstly, I lost the surprise ending that I was looking forward to sharing with my husband while giving birth.

Secondly, I lost the hypothetical daughter that I could have had. Chris and I both had the feeling that we were having a girl, and to be honest, I don't think the possibility of it being a boy had ever truly occurred to me.

I lost my mum to cancer just four months earlier, and she really was the most wonderful, caring, loving and beloved person in the world. I thought that I was going to have a daughter that would be a piece of mum, and that I would see mum's qualities in her and that she might even look like her, like I do.

In reality, maybe none of that would ever have happened. But I realised that a big part of the reason I was so upset was knowing it definitely wasn't going to happen, and I found that out in an environment that wasn't nurturing.

I was still grieving the loss of my mum, combined with being pregnant. I was always going to be emotional when dealing with a doctor who didn't recognise the significance of the moment.

It was a far cry from the moment I had envisioned - reaching the birthing finish line and being so surprised and excited to have my little boy, that it wouldn't matter that my hypothetical daughter was gone.

After about two days of being angry and upset, I got over it and was excited to know I was having a boy.

I indulged in some retail therapy (which didn't hurt either), buying some little Rabbitohs onesies for the baby to get in early ahead of Chris and cement the baby's position as a Rabbitohs fan.

When I told our family and friends, they were horrified and angry for me too. They couldn't believe that a GP, who would have experience dealing with pregnant women all the time, would blurt out the gender without checking first to see if I wanted to know.

I don’t begrudge the doctor - not at all. We're all human and we all make mistakes. But maybe she'll learn from this and hopefully someone else’s surprise will be kept intact as a result.

Their anger helped me to feel vindicated in my reaction, but by that stage I was excited to be telling everyone a little bit of extra good news on top of, "We're having a baby!" and I could finally start to visualise this little man that is going to change our lives for the better.

nicb a month ago

Reply
Upvote
Let’s just say that once you have your bundle of joy home then all these thoughts of missed dreams and concerns about knowing the baby’s sex will be inconsequential. Enjoy this time of your life when you thought this was at all important. Once you are caring for your baby, changing nappies, negotiating feeding and raising a new human this will just be am amusing anecdote about life before kids.

Reply
Upvote
Sorry you had this experience. I know surprises are important to some people. A slightly different perspective though - maybe it’s good you had time to process and get over your gender disappointment before your son was born. I appreciate you think the relief of him being born safe would mean you wouldn’t have felt it if you found out when he was born but maybe you would have. I too really wanted a girl for my first and cried when I first found out I was having a boy. But I choose to find out early so I could build a bridge and get over it well before he was born.
News
General
Opinion
True Crime
Politics
Sport
Explainer
Entertainment
Celebrity
Reality TV
Movies
TV
Books
Rogue
Royal
Lifestyle
Beauty
Fashion
Weddings
Home
Wellness
Health
Fitness
Travel
Food
Parents
Before The Bump
Pregnancy
Baby
Kids
Teens
School
Parent Opinion
Work & Money
Money
Finance
Career
Lady Startup
Relationships
Sex
Dating
Separation
Friendship
Family
Real Life
Couples