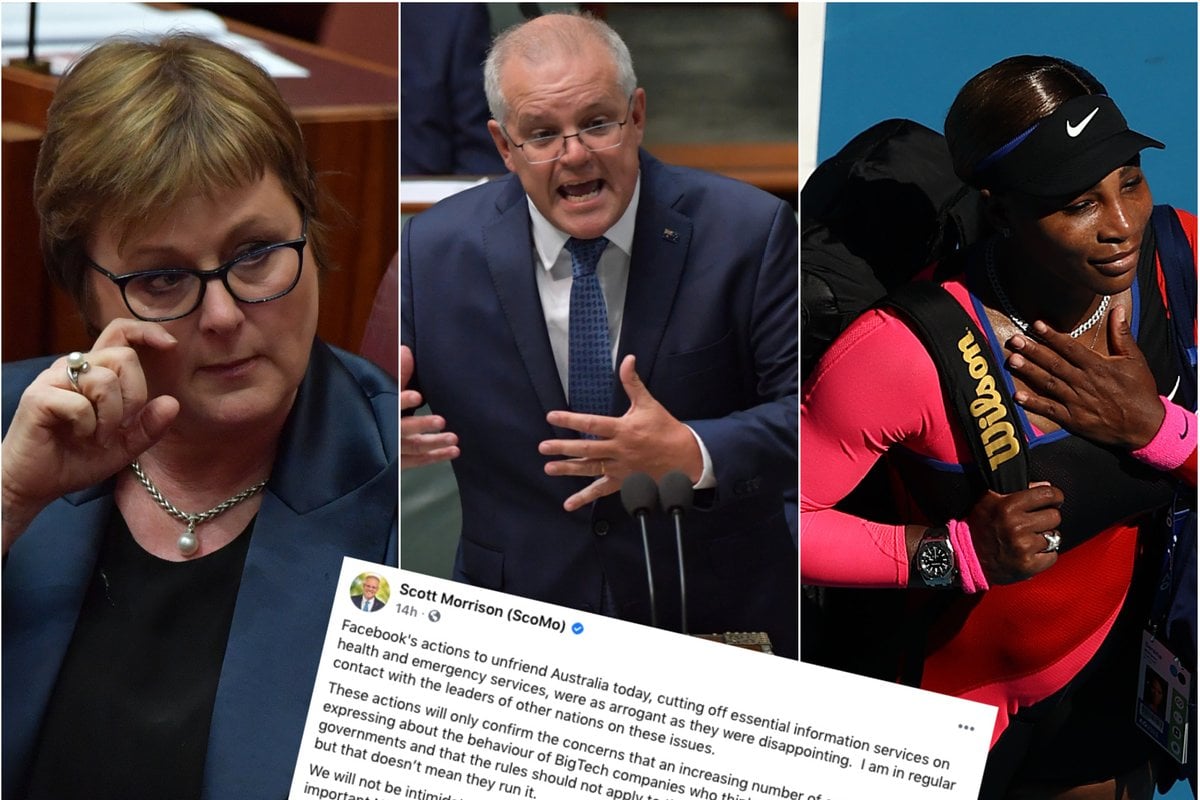 Abortion will be eliminated from South Australia's criminal code after more than 22 hours of parliamentary debate, with the bill to return to the Legislative Council for a final vote.

Debate in the Lower House over legislation to move abortion out of the South Australian criminal code continued well into Friday morning, passing 29 votes to 15.

Because several compromise amendments were passed, the bill will now return to the Council for a final vote, but action groups are already celebrating it as a win.

The bill will mean abortion will now be treated entirely as a health issue, thereby bringing South Australia in line with the country's other state and territories.

A bill for safe, legal and compassionate access to abortion care has just been passed by SA's lower house!!!

Thank you to all the MPs who have championed this reform, and to our partners in advocacy for more compassionate laws, including @SA_AAC & @rightsagenda

"To all of my parliamentary colleagues involved in tonight's debate on this groundbreaking bill: no-one is interested in your carefully curated arguments, or your capacity to audition for your local debating team. South Australians want you to demonstrate compassion and respect," wrote Human Services Minister Michelle Lensink on Twitter mid-debate.

To all of my parliamentary colleagues involved in tonight's debate on this groundbreaking bill: no-one is interested in your carefully curated arguments, or your capacity to audition for your local debating team. South Australians want you to demonstrate compassion and respect.

Amendments introduced to the bill on Wednesday require two doctors to determine that "the termination is necessary to save the life of the pregnant person or save another foetus", or that continuing with the pregnancy would cause "significant risk of injury to physical or mental health".

Bill is read a third time. 29 ayes 15 noes. Termination of Pregnancy Bill has passed the House of Assembly. Even with the amendments this is a historic day and a very decisive margin supporting the regulation of abortion as health care #saparli pic.twitter.com/qYs2WWsIQs

Scott Morrison is standing firm against Facebook over his government's media code, calling the social media giant arrogant and disappointing for shutting down emergency services pages along with Australian news.

The prime minister says he won't be intimidated.

"Facebook's actions to unfriend Australia today, cutting off essential information services on health and emergency services, were as arrogant as they were disappointing," Mr Morrison said in a statement on his Facebook page.

"These actions will only confirm the concerns that an increasing number of countries are expressing about the behaviour of big tech companies, who think they are bigger than governments and that the rules should not apply to them.

"They may be changing the world, but that doesn't mean they run it."

He has implored Facebook to continue working with the government on the code.

In the sweep of news pages Facebook also shut down a raft of health and emergency services, many of which have been restored. Smaller groups like the Danila Dilba Health Service, an Aboriginal organisation, were still blocked on Thursday evening.

UK MP Julian Knight has called Facebook's move "bully boy action" that he says will "ignite a desire to go further amongst legislators around the world. We represent people and I'm sorry but you can't run a bulldozer over that - and if Facebook thinks it'll do that it will face the same long-term ire as the likes of big oil and tabacco."

Reynolds breaks down in the Senate over Higgins allegations with new texts suggesting the PM's office knew.

Defence Minister Linda Reynolds has broken down in the Senate and was unable to continue as questions are asked over the Federal Government's response to Brittany Higgins' alleged rape.

Higgins says she was raped by a male staffer in Ms Reynolds' office in March 2019, with the West Australian Senator telling Question Time on Thursday she was "deeply sorry" Higgins didn't feel supported.

"If… can you just give me a minute. Or can I take it on notice?"

BREAKING: statement from the @AusFedPolice: A senior member of the Australian Federal Police met with Minister Linda Reynolds and her chief-of-staff on 4 April 2019 in relation to allegations of sexual assault in the Minister’s office on 23 March, 2019. @10NewsFirst

The Prime Minister told parliament on Thursday that MPs, senators and staff had been left “traumatised” over the fallout from the scandal, announcing he would rush in emergency counsellors to help those affected by the recounting of the harrowing details.

The Prime Minister's claim that his office didn't know about the alleged rape until this year has also come into question, with news.com.au reporting new text messages between Higgins and another Liberal staffer showing his office was in fact informed.

After confiding that she'd received "jacks***" support, the staffer said he'd take the matter to a friend who worked for the prime minister.

"Spoke to PMO (Prime Minister’s Office). He was mortified to hear about it and how things have been handled,” the text from April 3, 2019 reads.

"He’s going to discuss with COS (Chief of Staff) — no one else. I flagged need for councillor (sic) and desire to be closer to home during election."

Hostage negotiators are continuing efforts on Friday morning to persuade an armed man holed up in a Brisbane property since Thursday morning to surrender.

Police say the stand-off at the property, near Banoon train station, Sunnybank, started about 11am on Thursday.

They won't confirm media reports the man is holding a five-year-old child hostage but said on Thursday evening there were a number of people still in the home.

The man is known to police and officers have visited the location before.

"Police are concentrating on coming to a peaceful resolution to the incident," Acting Inspector Mick Ackery said.

"Specialist police or making all attempts to engage with the person in the house."

People are urged to avoid the area.

A former priest has been charged with the historical sexual assault of a boy at a school at Bathurst, in central western NSW.

Last year Strike Force Belle detectives received a report of the sexual assault of a nine-year-old boy in the mid 80's.

Officers from the Child Abuse and Sex Crimes Squad arrested an 85-year-old former priest at a home in Randwick, in Sydney's east on Thursday.

He was refused bail and remanded in custody to re-appear at Waverly Court on Friday.

The man is the 14th priest or former priest to be charged by Strike Force Belle, which was established in 2008 to investigate the sexual and indecent assaults of students at two secondary colleges in Bathurst between 1960 and 1993.

Prince Philip is expected to spend a third night in a London hospital for "observation and rest" after being admitted earlier this week after feeling unwell.

The Duke of Edinburgh was described as being in "good spirits" after he walked unaided into King Edward VII's hospital in central London on Tuesday evening on the advice of his doctor.

Prince Philip to spend third night in hospital for 'observation and rest' https://t.co/jdUZYpAA9M

Buckingham Palace has said admitting the 99-year-old husband of Queen Elizabeth was a "precautionary measure".

The duke, who turns 100 on June 10, has so far spent two nights in hospital for an undisclosed reason although it is not coronavirus-related.

It is understood a doctor was called after Philip felt unwell for a short period and he was taken to hospital by car, where he walked in unaided as a non-emergency admission.

Falls in infections and deaths coincide with lockdowns and severe curbs on gatherings and movement as governments weigh the need to stop successive waves of the pandemic with the need to get people back to work and children back to school.

But optimism over a way out of the crisis has been tempered by new variants of the virus, raising fears about the efficacy of vaccines.

"Now is not the time to let your guard down," Maria Van Kerkhove, the World Health Organisation's technical lead on COVID-19, told a briefing in Geneva. "We cannot let ourselves get into a situation where we have cases rise again."

There were 351,335 new infections reported worldwide on Tuesday on a seven-day average, the figure falling from 863,737 on January 7.

COVID-19 infections are decreasing in the United States, with 77,883 new infections reported on average each day.

Infection rates in the UK capital have plunged by 80 per cent in the past month according to a study by the Imperial College London.

As the nation's coronavirus vaccine rollout nears, new analysis shows resistance and hesitancy to the jab has increased.

The Australian National University on Friday released a survey of more than 3500 people, which tracked their opinions towards vaccinations from before the coronavirus pandemic.

It has found a large decline in the number of people who are likely to get the vaccine once it is available.

In January, about 20 per cent of those surveyed said they probably or definitely would not get a coronavirus vaccine once health officials said a safe and effective one was available.

In August last year about 12 per cent of Australians felt that way.

Females, Indigenous Australians, people who speak a language other than English at home and those who have not completed Year 12 became less willing to get the jab.

Former Channel Seven host Andrew O'Keefe is being treated in hospital and will try and have his DV matter dealt with under mental health legislation.

The 49-year-old is facing charges of common assault after an alleged incident at his Randwick home with his partner Orlee Lavee.

His lawyer indicated O'Keefe would enter a guilty plea to the charges if an application under section 32 of the Mental Health Act is unsuccessful.

#BREAKING Andrew O’Keefe, charged with assaulting his partner, will try to have the matter dealt with under the Mental Health Act. The former Channel 7 star is currently at Prince of Wales Hospital. His lawyer indicated a guilty plea if Section 32 app is unsuccessful. @9NewsSyd

READ: Everything we know about the domestic violence charge against Andrew O'Keefe.

There's speculation Serena Williams has said goodbye to the Australian Open for good after she was easily beaten by world No.3 Naomi Osaka in their semi-final.

With her hand on heart, the American paid a touching tribute to the crowd before leading Rod Laver Arena, breaking down in tears during a press conference questioning her future.

After answering questions about her future, Serena Williams gets emotional and leaves the room. pic.twitter.com/5zTrOvuor0

"I don't know. If I ever say farewell, I wouldn't tell anyone," she said.

World No.1 Novak Djokovic is through to the final after a straight sets win over Aslan Karatsev.

Despite an abdominal injury, he'll be hoping to secure his ninth Australian Open title.

- NATO countries will boost the number of personnel they deploy to a training mission in Iraq from 500 to 4000 with the aim to prevent the resurgence of the Islamic State group.

- The UK and Canada have imposed sanctions on Myanmar's ruling generals for toppling the civilian-led government.

- NASA's rover 'Perseverance' has successfully landed on Mars. Its mission is to seek signs of ancient life and collect samples of rock and regolith for possible return to Earth.