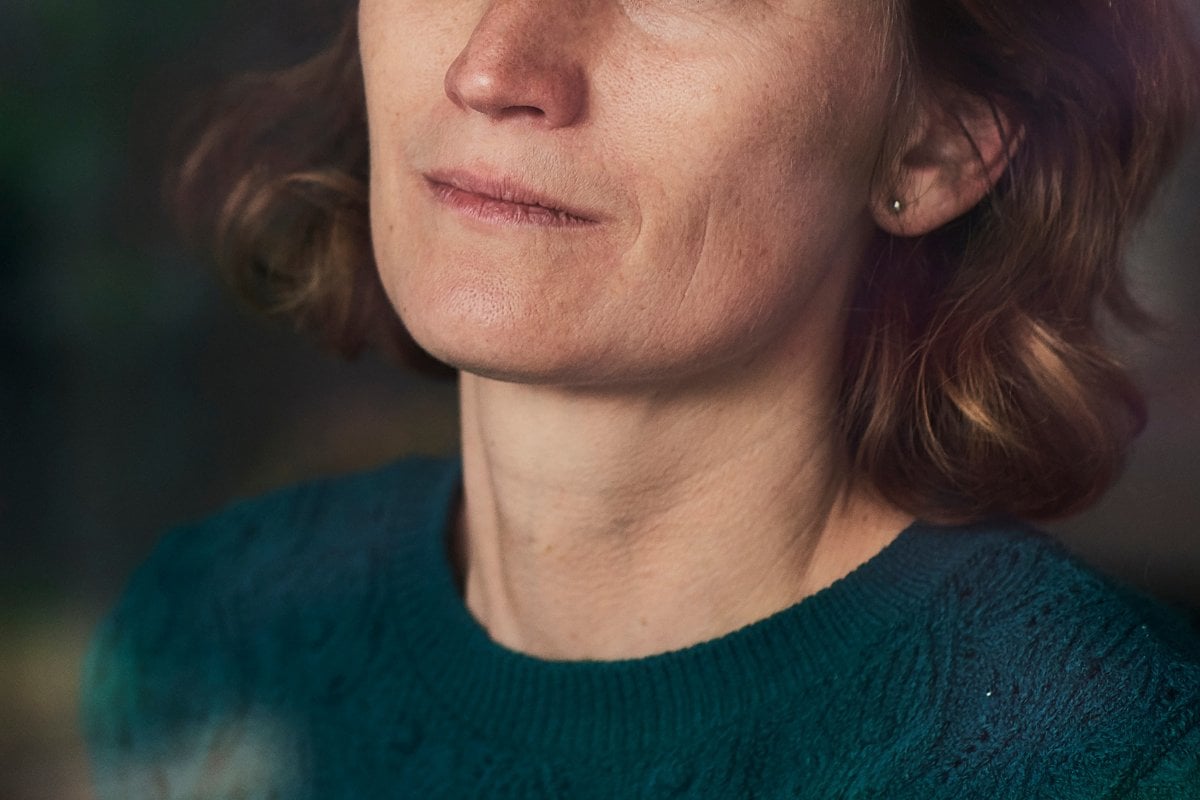 This post deals with abortion and could be triggering for some readers.

My news feed today from every website and every app, has been filled with Roe vs Wade, Parenthood vs Casey, “a woman’s right to her own body”, legal abortion, safe abortion, and the rights of every American woman about to be taken into the hands of out-of-touch law makers.

Three weeks ago today, I found out I was pregnant. I had suspicions but nevertheless, I purchased a pregnancy test that morning. Just one single test, as I truly did not believe it. That single test confirmed what I was desperately trying to ignore. Positive. I was pregnant. Unwillingly. Unwanted.

Watch: Women who had abortions before they were legal. Post continues after video.

My husband and I have two children, aged six and two, and decided that after our second was born, our family was complete. We have a very active – and good – sex life. We were using contraception, the mini-pill, and we'd been having conversations about my husband getting a vasectomy.

In hindsight, I should have realised. The symptoms were there, and it all started adding up. I was sick, exhausted, irritable. I remembered one morning several weeks beforehand taking the pill and noticed I had missed the day prior. I even thought to myself on that day I feel like that was a really bad time in my cycle to miss a tablet. The doctors give you warnings about “the window,” to not miss tablets, how the effectiveness will reduce, take it at the same time daily. There have been many occasions over the 20 years that I have been on the pill, that I have missed tablets. Not intentionally of course, but sometimes as an imperfect woman, you inadvertently forget. And it had never been an issue. Until it was.

So, what does one do? In between the nausea and tiredness that comes with early pregnancy there was shock. Do we or don’t we? Do we really want another child? My mind was made up almost as immediately as I found out. I had to have the discussion with my husband. At 39, I was not interested in pregnancy, dealing with infancy or the lifelong burden of having a third child.

But I am also a believer that it is a choice, for both men and women who are in a solid relationship. If my husband strongly believed we should have another child, then I was willing to let the pregnancy continue. And as much as I know he did not want a third child, had my opinion differed then he would have supported my decision too.

Even though it is my right as a woman to choose, in my situation, the decision was jointly made. We would terminate the pregnancy.

Not knowing what else to do, I conducted a search on abortion clinics in Perth. Time was ticking, and I wanted to act as soon as possible. I found one I seemed happy with. I made a booking request online as instructed by the website for a medical abortion and was notified that I would be contacted. And then I waited. Two days – nothing. I called them on the third day and was told someone from the booking team would call me back. Another few days – still nothing.

Medical abortion is only suitable up to about nine weeks and I was not certain how far along I was, so my desperation was increasing. I thought I would try other places in Perth. I called another clinic – there was over a week wait just for a consultation and multiple consultations were required before any procedure could be conducted.

I called another clinic, one I was trying to avoid as even though they had been in practice a long time, they advertised procedures as “cash only” – a red flag for me given I was wanting a medical procedure. It was this practice that gave me the advice I did not realise I wanted or needed – that surgical abortion was typically more effective and less stress on the body than medical abortion.

I spoke to my mum about my dilemma. As a former scrub nurse, she had been in surgeries at private hospitals where discrete terminations were conducted years before they were legal in Western Australia. Terminations are now legal, and she was certain that a specialist would perform the procedure. It is not something that is freely advertised but yes, in fact, they do.

I contacted a gynaecologist near my local private hospital. I asked the awkward question, but the answer was yes, he did perform the procedure. I was able to make an appointment for a consultation the next week with the procedure likely to take place two days after that. There was a sense of relief that it would only be just over a week left of morning (ALL day) sickness and exhaustion.

Listen to No Filter and join Mia Freedman speak to Marian Keyes on women's choices on their bodies. Post continues after podcast.

It is a daunting experience seeing the GP you have had for nearly 20 years asking for a referral for a termination. And then having to attend the same type of consultation rooms as I visited for my previous pregnancies, only this time wanting a much different result. There are a lot of questions that are uncomfortable to answer. But throughout the entire process I felt no judgement from the people that I saw. The only judgement I felt (and perhaps guilt) was from my own conscience. I had an ultrasound which confirmed I was eight weeks pregnant.

I also made the decision that if it were possible to have a tubal occlusion (“getting my tubes tied”) at the same time as the termination then I would do just that. If I was unable to do that then my husband was going to schedule an appointment for a vasectomy. We wanted to eliminate all future risk of something like this happening again. In my heart, body and soul, with me aged 39 and my husband aged 42, I know my family is complete. The future is focused on my husband and two children. I was able to have both the termination and laparotomy at the same time.

On the day of the procedure, I was required to fast from the morning. Not pleasant for a nauseous, pregnant lady. Because of COVID-19 restrictions, my husband was unable to enter the hospital and wait with me prior to the procedure. I felt like crying. The nurse who escorted me to my room routinely asked, “How are you?” I answered, “I’m ok,” but the truth of it was I was nervous, tired, lonely, hormonal, a myriad of emotions and just wanting my husband to hold my hand and the day to be over. I messaged my husband, and ever so supportively, he said I could walk out if I wanted to.

I played the waiting game again until it was my turn. I was asked by every nurse and doctor to confirm the procedure I was having. “Sterilisation and evacuation of the uterus?” “Yes.”

Afterwards, I woke up sore, tired and thirsty. I was feeling less of the pregnancy symptoms. Overall relief. Happy that my husband, who is my rock and best friend, could come in, give me a hug and a kiss, and take me home. Two days later we went out for breakfast, and I had THE BEST coffee that came without feeling like I wanted to vomit!

I feel more comfortable telling people about what happened and the procedures I had now that it is over. Prior to the termination I had only told three people – my mum, my sister and a good friend. It is not the sort of thing that comes up in general conversation. For me, the overwhelming feelings were enough to have to deal with let alone repeatedly justifying my point of view to anyone. The people I told were supportive and understanding of our decision.

Three weeks ago today, I made a decision that would affect the rest of my life. And the regrets? None. The idea that women in the US might have this choice taken away is devastating.

Reply
Upvote
Once Roe V Wade is repealed, the US will be one of only 5 countries in the world that have the death penalty, but have banned abortion. The others are Indonesia, Iran, Egypt and Nigeria.
I think it might be time to reconsider whether the US can be considered a "first world" country.

Reply
Upvote
1 upvotes
@cat the best description of the US that I ever read - "a third world country in a Gucci belt".
L
laura__palmer 17 days ago

Reply
Upvote
@cat I think that has been on the cards for a while now. The American Dream is dead, if it ever existed at all.
C
cat 16 days ago

Reply
Upvote
@laura__palmer there was a moment, in the 1890s or so, when the southern states had no influence. They really should have let them go when they had the chance.
S
snorks 16 days ago

Reply
Upvote
@cat Repealing Roe vs Wade doesn't ban abortion, it puts it back to the states.
L
laura__palmer 17 days ago

Reply
Upvote
1 upvotes
Nope, no one should have to explain their reasons. It shouldn't even be a public debate. If someone requires an abortion, for whatever personal reason they have, then they should be able to access it without issue and with all the privacy that any other medical procedure has. No one has to explain why they need knee surgery, same thing applies, as far as I am concerned.
News
General
Opinion
True Crime
Politics
Sport
Explainer
Entertainment
Celebrity
Reality TV
Movies
TV
Books
Rogue
Royal
Lifestyle
Beauty
Fashion
Weddings
Home
Wellness
Health
Fitness
Travel
Food
Parents
Before The Bump
Pregnancy
Baby
Kids
Teens
School
Parent Opinion
Work & Money
Money
Finance
Career
Lady Startup
Relationships
Sex
Dating
Separation
Friendship
Family
Real Life
Couples