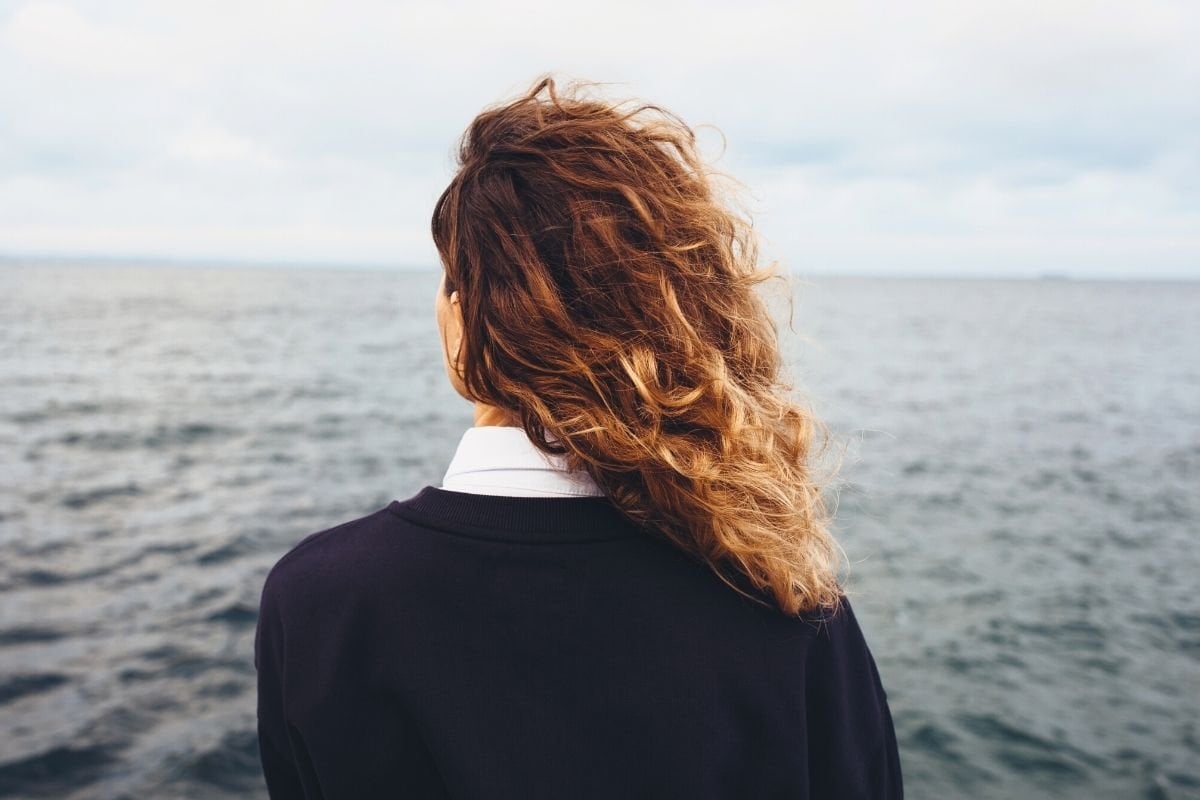 Jen* felt unsure how to approach the news, when bad hangover symptoms turned out to be the early stages of pregnancy.

It was December 2012, and her relationship with *Steve was rocky and complicated, but she was too blinded by past experiences to see that they were on an unhealthy path.

"I had only just escaped the relationship with my daughter's father that was financially abusive," Jen told Mamamia.

"I started dating my friend Steve, who I thought was a good dad to his young son. Looking back now I can see that I was very vulnerable and naïve. The red flags were there from the start as he was always hard to contact and would break up with me before seeing a photo of me looking happy on Facebook and messaging to say he wanted me back.

"Everything was always on his terms and he was very controlling."

Watch: Where is the most dangerous place to be on a Saturday night for a woman? Post continues below.

Jen felt nervous when on Christmas Eve she told Steve that she was pregnant. At first, he was supportive, but he quickly changed his mind and began putting the pressure on Jen to have an abortion.

"He was worried about how this new baby would affect the already challenging relationship with his son. I felt conflicted because I genuinely didn't know if he was going to be in my life to help me. I kept thinking; would I resent the baby? I was extremely sick with nausea and thought well, if I have an abortion, at least I won't be tied to him forever."

Steve left the final decision to Jen, but he didn't support her in finding a clinic, or helping with payment.

"It was so hard because it was not an easy decision to make and he essentially just left me to deal with it alone."

Jen's parents made the complexity of the situation worse after they weighed in on her predicament.

"I told my parents about the pregnancy because they were helping me care for my daughter while I went to work. Where there was pressure from Steve to have an abortion, my parents told me I was denying them a future grandchild. The emotional guilt was awful."

Jen found a clinic in her closest capital city and had the abortion in early January 2013.

"I remember waking up, curled in a ball, feeling so much pain. A nurse was holding my hand and sitting with me. The level of care and empathy I received from all the staff was amazing, but I couldn't shake the guilt. In 2013, abortions were still a criminal offence and as a law-abiding person and I felt upset and grotty about it."

After nearly three weeks of bad cramping and heavy bleeding, Jen ended up in the Emergency Department for further treatment.

"I was told that my recovery was slow and eventually it did all settle down, but I couldn't believe I was with someone who left me to go through all of that by myself.

"Once I was out of hospital, Steve began making promises again, saying that he loved me and that maybe we could have a baby in the future. We got back together as I thought 'who will love me now?' and I wanted to be in a family with this man."

Listen: What will the US criminalizing abortion mean for Aussie women? Post continues below.

The couple moved into a house and tried to move on. Jen returned to work, but Steve lost his job and began using drugs.

"As the breadwinner, I would leave for work at 5am and return home exhausted at 6pm to find that he had spent the day smoking weed. He would get angry because I wasn't doing enough housework and so after a couple of years of trying to support him and hope he would change, I found the courage to leave."

Jen's supportive manager at work allowed her to keep her job but move to another town. She found a place to live away from Steve with her daughter and only told him she was leaving when they were about to go. Initially, the breakup was very difficult.

"He was stalking me and writing strange letters to my parents. He used the abortion as emotional blackmail and said that he still loved me and wanted a family with me. I took out an AVO against him and eventually moved on with my life."

While Jen's personal feelings around her abortion are not straightforward, the news that the US Supreme Court wish to overturn the Roe v Wade ruling that protects the right to abortion in America, upsets her deeply.

"My anger level has been very high in the last few weeks. I am grateful we live in Australia, but that a nation like the US might take women's rights back 50 years is scary. I was so lucky to have abortion available to me as a choice, so that I didn't have to spend the rest of my life tied to a controlling ex partner.

"I also received excellent and safe medical care. I worry what would happen if they took away our right to choose, forcing abortions to go underground. The risks associated with this and what might happen to pregnant women, makes me so scared for my daughter and her rights in the future."

For now, Jen says she feels grateful to have a new relationship with a supportive man who she can talk to about her past.

"I still feel such a sense of relief that I am not tied to my ex with a child, but I also still think about the due date and what might have been. I never intended for my daughter to be an 'only child', but that is the way my life has worked out.

"I can at least talk to my partner about how I feel and he just holds me, listens and understands. We have a beautiful home together and a good life and so I think - would I go through everything again for the outcome I have now? Yes, I would. I am lucky and I am happy."

* Jen is known to Mamamia. Her and her ex partner's names have been changed for privacy reasons.