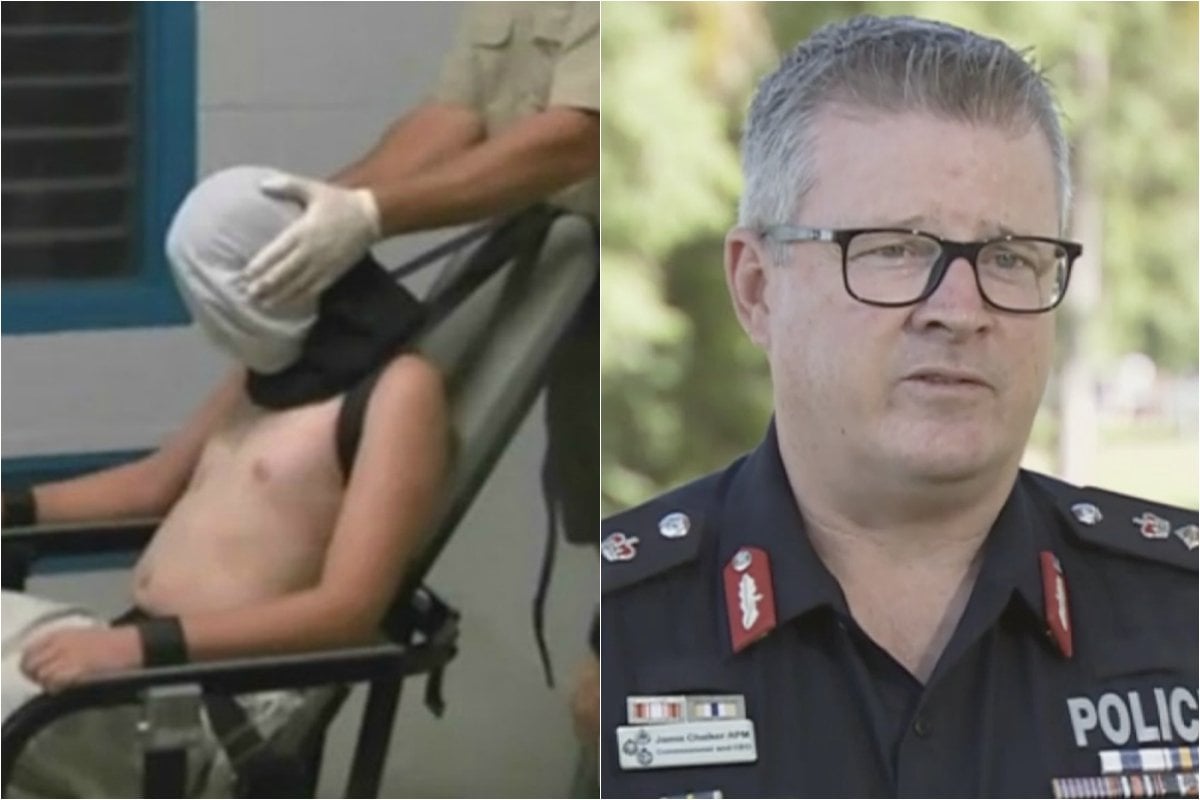 The Aboriginal and Torres Strait Islander community is condemning the behaviour of police officers who have been caught verbally abusing Aboriginal teenagers at an Alice Springs watch house.

The footage from a CCTV camera, recorded in March 2018, was published by the ABC this week following a freedom of information request.

Obtained by journalists Stephanie Zillman and Jacqueline Breen, the video has sparked outrage from Indigenous and non-Indigenous communities alike, saying it shows an unforgivable lack of respect towards Indigenous teenagers.

The incident occurred only six months after the Royal Commission into the Detention and Protection of Children in the Northern Territory, which was designed to change the treatment of young Aboriginal people who are in detention facilities in NT. Evidently, it failed to stop the abuse.

Here's what you need to know about the video.

What is in the video?

The video shows police processing in custody five Aboriginal teenagers, aged between 12 and 16 years old, who had been arrested for allegedly driving a stolen car.

One part of the video shows a teenager being instructed to take off some of his clothing, before he says: “Every day, bro. I’d smack you in the head every day.”

A police officer responds aggressively, pushing his head against the table in front of him and twisting his arm behind his back.

"Every day? Every day? Today’s your day, you little c**t," the officer says. "Don’t f**king put off for tomorrow what you can do today. You can’t f**king do it, can you, because you’re a little c**t. That’s all you are… f**king waste of space."

The officer then pushes the teenager into a chair, before he warns: "Threaten a police officer in a f**king police station, get knocked the f**k out."

Addressing the other teenagers, he asked: "Anyone else want to be f**king smart?

"I’m right in the mood to f**king lose my job tonight and I don’t mind losing it over belting the f**k out of one of you little c**ts. Do you understand me? Good. When you’re given an instruction, you follow it and that’s it."

The ABC reports that the NT Ombudsman confirmed two officers involved in the incident were the subject of disciplinary proceedings, but NT Police cannot legally reveal what action was taken.

On July 25, 2016, Four Corners broadcast their investigation, titled Australia's Shame, into the abuse of children who were being held in the Don Dale Juvenile Detention Centre in Darwin.

The ABC program laid bare the pattern of inhumane punishment of vulnerable children inside the Northern Territory youth detention centre.

The investigation found some juveniles in detention centres had been exposed to tear gas, placed into isolation with no running water and strapped to mechanical chairs. 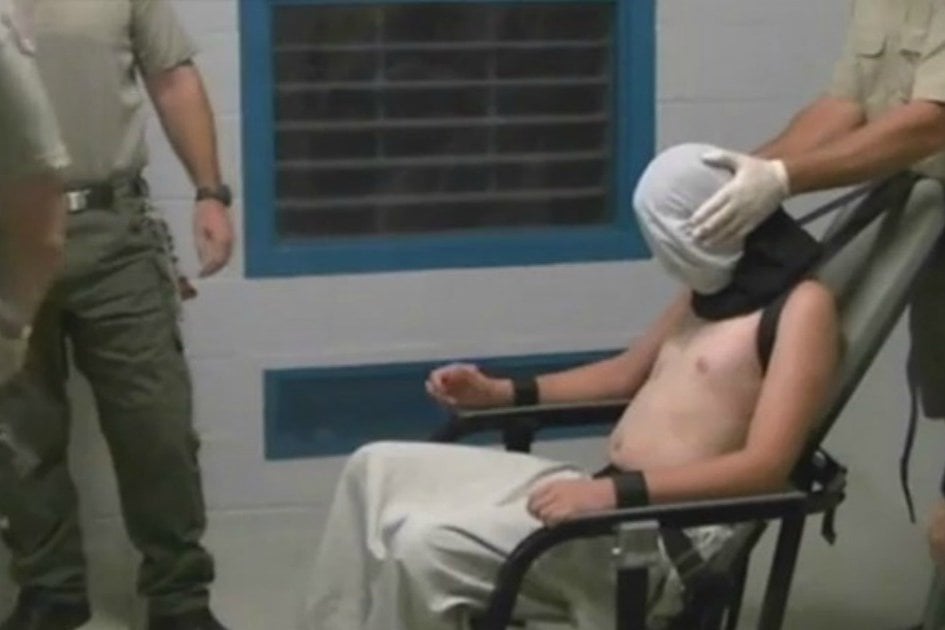 In November 2017, the Royal Commission findings pointed to the mistreatment, abuse, humiliation and human rights breaches that kids in detention were continuously subjected to in NT. It found some children were even denied access to toilets, water and food.

But, as has now been revealed, within six months of these findings being published, police were caught on camera subjecting Aboriginal teenagers to abuse.

The Indigenous community, and non-Indigenous people, have expressed outraged at the abuse the teenagers suffered at the hands of authorities.

Journalist Stan Grant said on The Drum the video makes his "blood boil".

"They are children," he continued. "This is a 200 year history that is connected to this type of violence from people in authority... It is real and in 2020 it keeps happening. How can we allow this? It is inexcusable."

"It makes my blood boil... they are children."

Questions are again being raised about youth justice in the NT, after a video of police officers physically and verbally abusing an Aboriginal teenager was shared.

Grant wasn't alone in this condemnation, with many taking to Twitter to express their outrage.

All NT Corrections officers should lose their jobs until they learn how to not abuse Aboriginal children. Which means, they should never get their jobs back and the NT Government should look at alternate forms of justice.

I just read this and feel like crying. 6 months within the NT Royal Commission finishing, the police are recorded talking to our people like this and then wonder why there is no respect. Bet they are still on the job still treating our people like this. https://t.co/Hy3Z2ecd6d

I'm disgusted and appalled at the treatment of these youths by NT Police, seen and heard in this vision obtained by ABC under FOI. There is NO excuse for this abuse of power, particularly when it involves our young and vulnerable people.https://t.co/hvvUn9jK04

Despite this appalling footage being made public by @abcdarwin we still don't know what 'disciplinary action' was taken against the officers involved. Where is the transparency and accountability for this misconduct??

I don't want this to fade out of the headlines & be forgotten. This is footage of at least four adult police officers abusing and threatening to beat up five Aboriginal children.

I know these kids & these cops. This was STANDARD when I worked in the NT.https://t.co/03UodrZu2A

‘Police officer threatens to 'belt the f***' out of Aboriginal teenagers in Alice Springs watch house’ - Imagine the terror of being in a room with armed and powerful men who sound completely unhinged, knowing that they can do anything they want. https://t.co/zg9ZXjOo79

The initial report by the ABC stated that the lead lawyer for the North Australian Aboriginal Justice Agency, David Woodroffe, called on NT Police to condemn the actions of these officers.

NT Police refused to do so. Instead, the NT police commissioner Jamie Chalker asked for empathy and sympathy for the police officer in the video. He also said it was "a sad reflection to see something that’s two and a half years [old] get the prominence that it has".

"Policing is an incredibly hard job," he continued, "and that’s a snapshot of where sometimes we don’t always get it right, but I’m not going to throw anyone under the bus here.

"I think the footage speaks for itself. The language speaks for itself. And I think anyone who views that with a level of sympathy and empathy and who is prepared to walk in the footsteps of police who have been there and done that will have a greater level of understanding that at some point in time things just get too full. And that’s a really sad outcome." 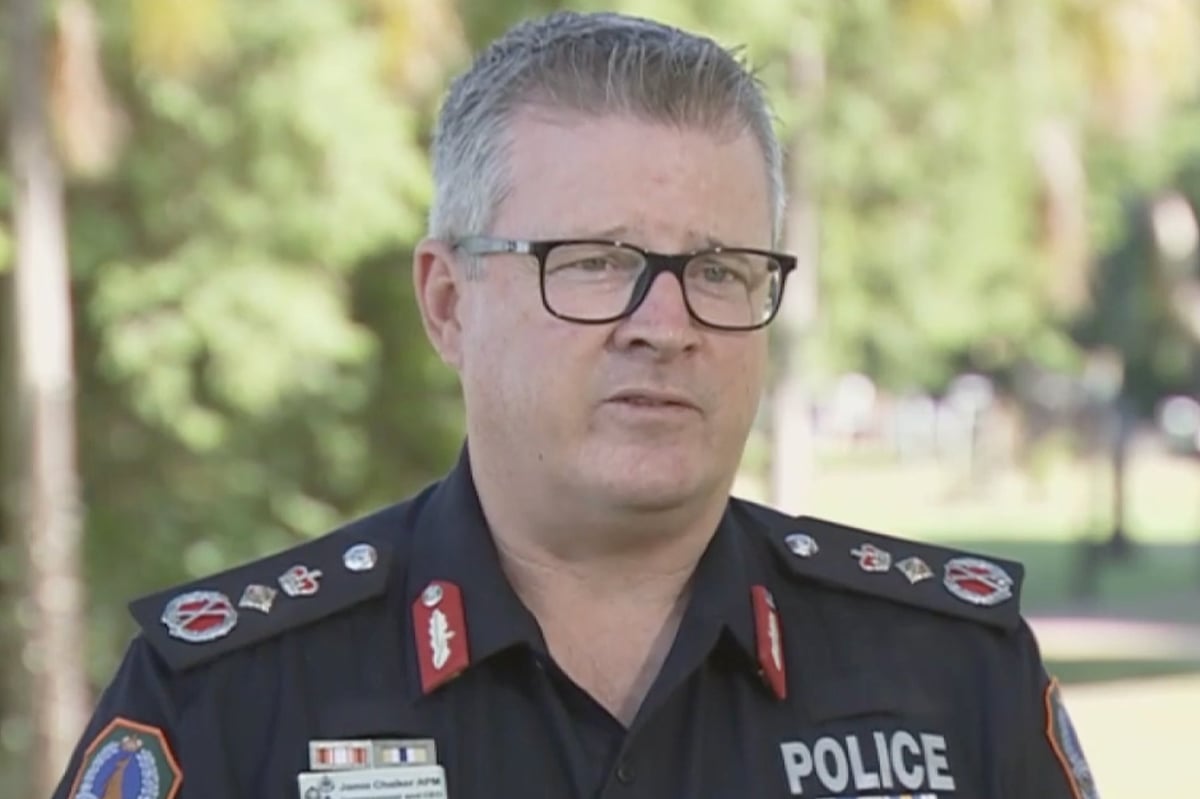 Jamie Chalker asked for sympathy for the police officer in the footage. Image: Facebook.

“The fact of the matter is that footage is now out there in the public domain,” he said. “And I hasten to add that there’s far more egregious issues that are occurring every single day that require far more public concern than that particular action of an individual who unfortunately found themselves in a position where their lot was probably a bit too much for that day.”

Despite the findings of the Royal Commission, aforementioned journalist Stan Grant says the culture in these detention centres is evidently yet to change, as evinced in this video.

"In spite of royal commissions and inquiries and funding of various programs and politicians speaking about it and Indigenous people continuously protesting and calling this out, it happens again and again and again."