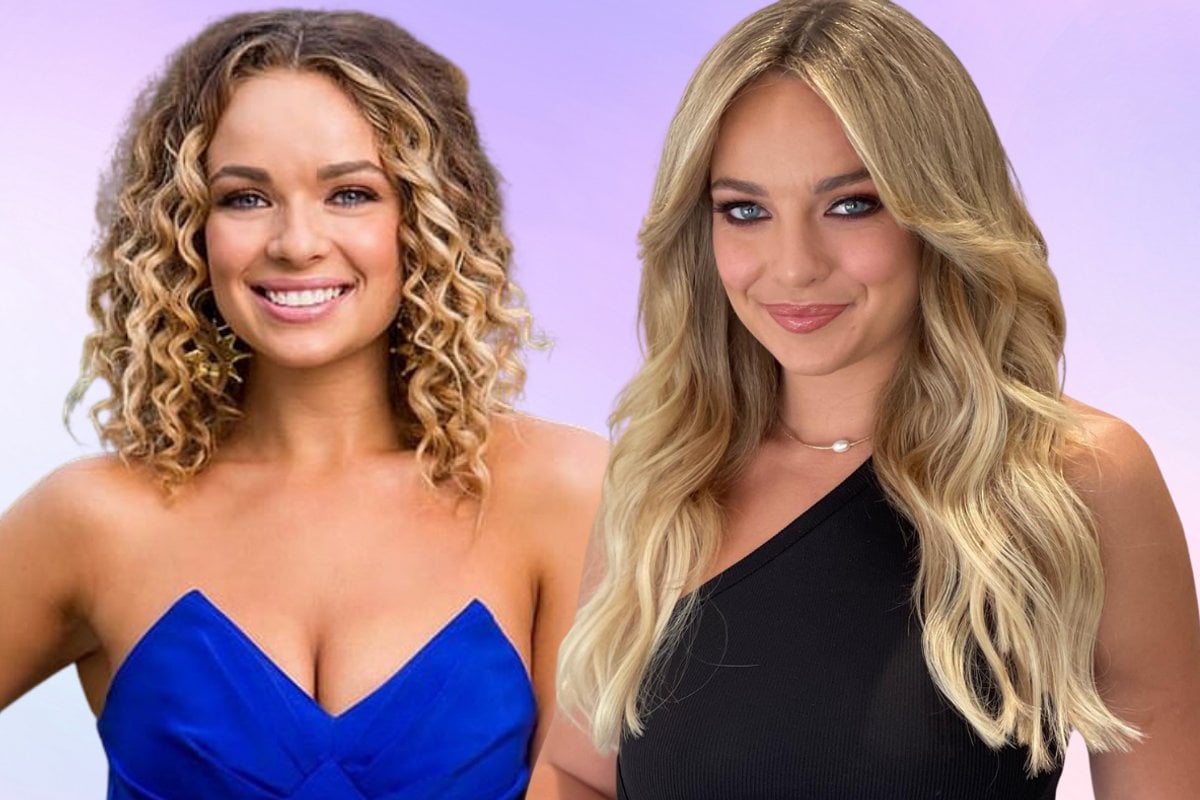 When Abbie Chatfield appeared on Matt Agnew's season of The Bachelor in 2019, she had no idea what "edit" was in store for her.

As one of the youngest contestants at 23 years old, she was surprised when the first trailer for the show played her off as the "dumb girl with curly hair and big tits" after she told Matt she was a Gemini when he told her he was an astrophysicist.

"My sister Jolie told me, 'If you get too nervous, just ask him what his star sign is because it'll be funny.' So [when Matt told me he was an astrophysicist] I was like, 'I know this isn't the same thing, but you have to tell me what your star sign is.' And he goes, 'I'm a Leo.' Then I go, 'Okay. I'm a Gemini.'

Watch: Abbie Chatfield meeting Matt Agnew for the first time on The Bachelor. Post continues below.

"I was really angry, [and] after crying to my Mum for like a day, I was like, 'You know what, I'd rather be [portrayed as] stupid than the bitch.'

"It's so funny thinking about me being upset about that one promo."

As the episodes went by, Abbie's edit on the series quickly descended into 'villain' territory.

"I was the stupid, bitchy villain. It was like, 'She's manipulative and young.'

"I remember one of the girls did an interview after the show and the host asked, 'Well, why don't you like this girl? All of you seem to not like her but no one's told me what she's done.' And I actually messaged the girls after and said, 'What did I do to you?' But none of them had anything to say.

"One of the girls said [in the interview], 'Oh, well, you know, she's just so young and flirty.' And that was the reason why they all disliked me."

"But the only issue that seemed to eventuate was that I was overly sexual, and that I was 'manipulative'. And I think it just came down to the fact that society understands sexuality as a manipulation tactic from women, not as a genuine feeling.

Now a television host, radio personality and podcaster, the 26-year-old has turned her 'villain' edit into a feminist brand.

In a collaboration with sex toy brand VUSH last year, Chatfield released her own sex toy - and bought her own home with the profits.

"There was, I think, [an edit] in the house, and then also the edit [I created] outside the house. And that's, I guess, where I was able to be like, 'You did this to the wrong, but I guess now, right person.'"

To listen to Abbie Chatfield's full chat with Mia Freedman, subscribe to Mamamia to listen to the bonus episode of No Filter.