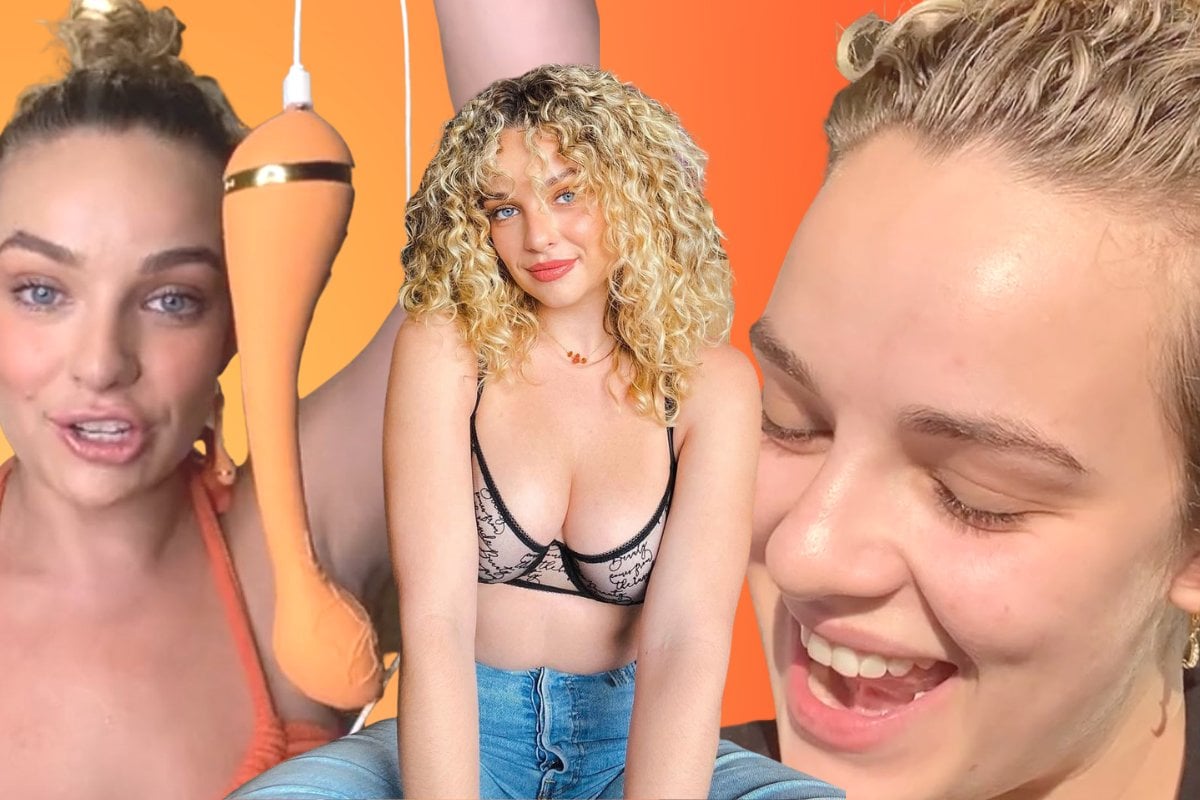 At Mamamia, we love nothing more than a candid chat. We have them all the time - whether that be on podcasts, in articles, around the office and, in this case, when on the phone to Abbie Chatfield.

Quick watch: How are women having sex? The juiciest results from the Mamamia Sex Survey. Post continues after video.

For that reason, when I was offered a phone call with Abbie, you can bet I lined up every sex question that crossed my mind. Because if a sex editor and a sex toy creator can't have a 'professional' conversation about this, who can?

So, without further ado, here's every wildly inappropriate question I asked Abbie Chatfield, and the brilliantly chaotic conversation that followed.

What was the first sex toy you ever used? And what would you rate it out of 10?

Abbie: Oh my god, it was one of those pink bunny ear ones made of silicone... but the kicker was the vibrations got stronger with noise. So the louder you moaned or played music, the buzzing got harder. Like, you could f**k yourself to music!

I think it was quite an unnecessary feature, to be frank, but I picked it up from a little random sex store when I was 18. I would rate it a four out of 10, but if you'd asked me back then when I was first using it I would say a 10 out of 10 - because your first sex toy is always exciting, right?!

Just in case you're on the hunt for your first sex toy, take a look at this article for the best Mamamia recommendations. 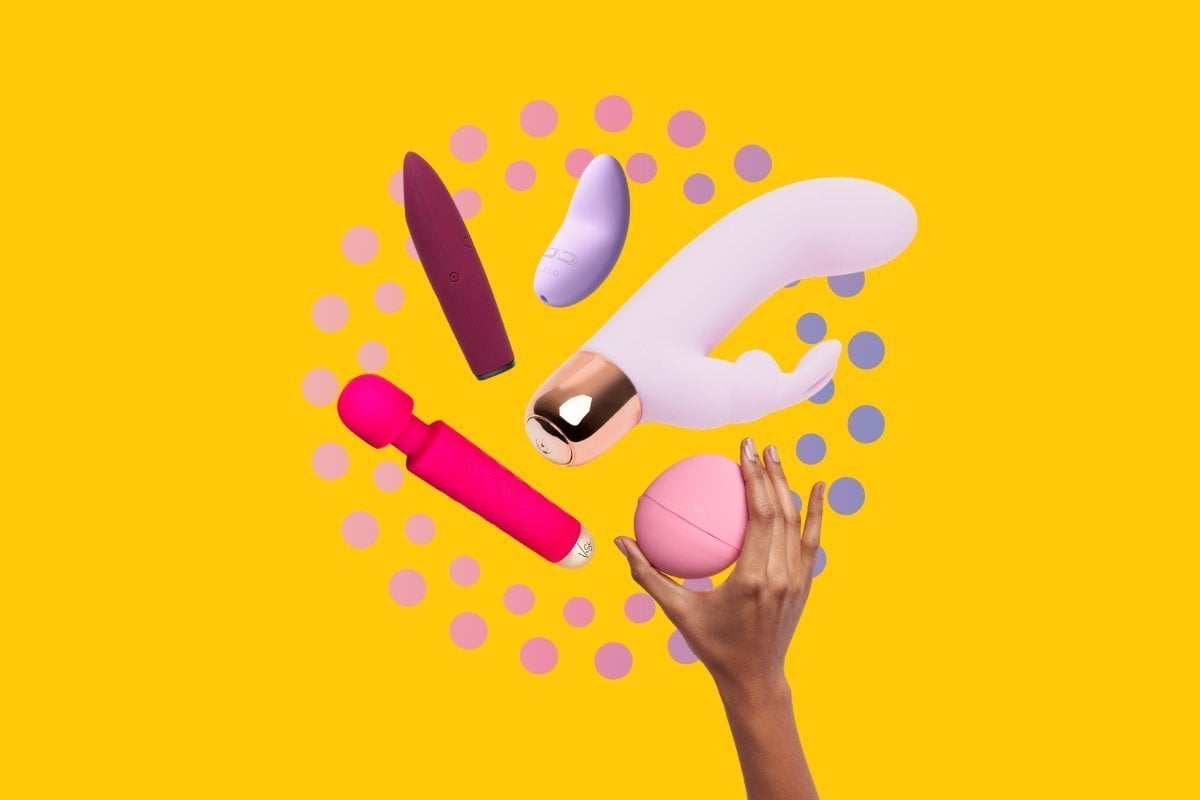 What's the dirtiest request you've ever gotten in your DMs?

Abbie: I don't even get that many! I get like the 'hello beautiful angel darling, come and visit me and my wife' vibes and I have gotten a rogue dick pic here and there...

Actually, the one that stands out to me is someone sent me a photo of him sitting on the toilet with his dick in his hand. On an open toilet! Of course, I replied saying 'let's get married'. Only joking! I never reply to dirty DMs from strangers.

Do the people you're sleeping with expect you to whip out your sex toy in the bedroom?

Abbie: Yeah, there's been a joke or two about it for sure. I do bring it with me when I travel though, so it's always in the suitcase for when I need - and most people have seen it.

...But I think people think I have a lot of sex. I don't have that much sex! Since moving to Bondi I've only had sex maybe 10 times with like two or three people. People think I'm f**king left, right and centre, and I'm like, I WISH!

Lockdown has really f**ked me up.

Abbie: A 2017 festival set featuring the Donna Summer song 'Love To Love You Baby'. Things had gotten out of control in that regard.

Though, basically any musician or the thought of an ex-boyfriend kissing me will usually get me going.

Listen to Abbie talk through one of her funniest dating diaries on The Undone. Post continues after podcast.

Abbie: Honestly, lately, it's been bisexual threesomes. Like two men and a girl. That's been the most recent fave.

What is your most embarrassing personal sex story?

Thank God it was with someone I have had sex with a million times before, so he thought it was f**king hilarious!

Abbie: You have to ease your way into it!

Snap decision: Who's better in bed, men or women?

I haven't had heaps of opportunity to research though, because I've only really gotten into my bisexually since f**king coronavirus kicked in. Things were on a roll, but yeah, if we're going off my sample size - women are just killing it.

If you had to credit one single thing with boosting your sexual confidence, what would it be?

Abbie: I'd have to say my ex-boyfriend.

Mainly because of my 'outie vagina' and him helping me love it. I was just so comfortable with him and loved him so much, and nothing sexual was off the table - so I never felt nervous to ask him about anything. We dated when I was 21, so I was coming into my own sexuality and it was good.

...but PSA, there was cheating and so he sexually boosted my confidence, but destroyed me mentally.

So I'd recommend therapy too. Friends and therapy. We're still on that self-worth journey, babe!

What's one thing you'd wish you'd known about sex before you started having it?

...for context, this was not a threat but a loving reference to my review of Abbie's first sex toy where I plainly asked 'Abbie Chatfield, what have you done to my vagina?!'