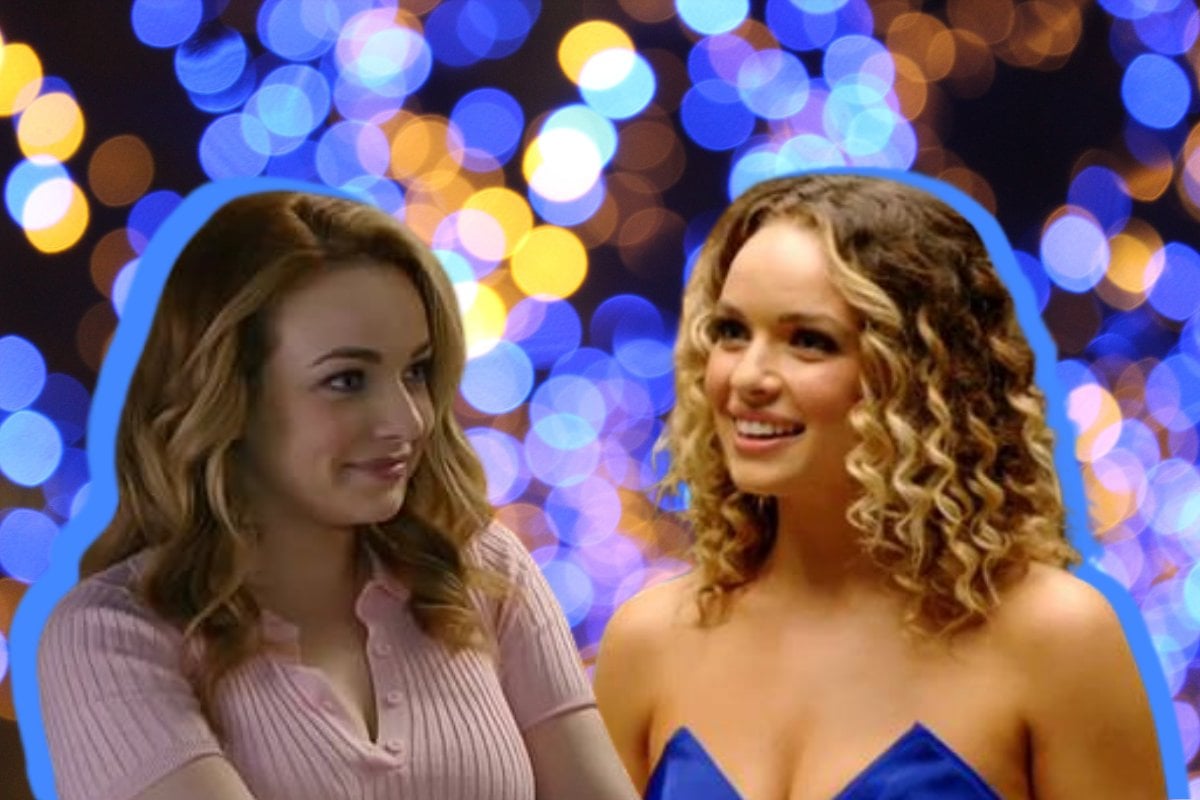 But we didn't see that part.

What we did see is now infamous, going down as one of Australia's most memorable reality TV moments.

Played over and over in show promos before it even aired, Matt had told Abbie he was an astrophysicist. "Okay, I'm a Gemini," she responded. Cue awkward silence, as Matt is speechless. Eventually, he says he's a Leo.

We're familiar with what happened next. Abbie was brutally trolled online, receiving abusive messages before the show had even started. Once it began airing, her 'villain edit' ramped up and the messages continued. Death threats, sl*t-shaming, even aggressive voice notes.

And it all began with a lie.

More than a year on, Abbie appeared on ABC's Reputation Rehab and explained how that first conversation with Matt actually went.

"It wasn't the worst edit in the world but my sister is to blame," Abbie said.

"She was like 'listen, if you have nothing to say, ask what his star sign is', so I walked up to Matt, we were talking for a bit, and when he says he's an astrophysicist, I was like 'and now is my chance'," she revealed.

So what we saw was only part of this conversation, missing crucial context, and out of order.

We've long known the 'Gemini' line was a joke - Abbie's been saying so for over a year, and Matt said the same during the show's promotion - but Ten's ads presented it as a serious, 'gotcha' moment.

Abbie was portrayed to be 'unintelligent' and she was ridiculed for it.

Reputation Rehab showed us just how easy these editing techniques can change how viewers perceive something.

Through the use of music, manipulation and feeding the 'villain' information to ask, viewers watched as a perfectly normal conversation was turned into an awkward and uncomfortable scene.

TONIGHT AT 9PM ON @abctv ! I’m on “Reputation Rehab”. We talk about editing on reality tv, the media, mental health and lots of other fun things. It’s lotsa laughs and lotsa emotions but I can’t wait for you all to see! If you watch let me know in le comments tehe

During a sitdown with the hosts, Abbie commentated her final The Bachelor scene, where Matt told her he was choosing to be with Chelsie McLeod.

"You can say her name. I know who it is. Say Chelsie, my friend," Abbie narrated as the clip showed Matt telling her he'd "fallen in love with someone else".

"If it devastates you why are you breaking up with me," she said in response to another moment.

"I was gonna push him off at that point," she joked.

The scene showed her push Matt's hand away, at which point she said: "Oop, don't want to touch you anymore".

"So hard isn’t it Matt … We humped a mere four days ago... Couldn't you have just texted me or something?"

The real Abbie has been there for everyone to see on social media for more than a year, but now there she was on our screens again.

Unedited, she was self-aware, articulate and candid. A fully rounded human being, not turned into a one-dimensional caricature for our entertainment.

This is such a brilliant episode of #ReputationRehab. If you’ve ever watched reality tv this is a must watch. Eye-opening and laugh out loud funny.

I didn't think #Reputationrehab could top last week but it did.

Abby is gorgeous & it's so sad she was pushed to such dark places. https://t.co/b7HvngKpUy

The episode ended with an edited, alternate version of The Bachelor finale, where Matt chose Abbie but she broke up with him before strutting away.

It didn't happen like that, but it was very believable.

And a powerful reminder that although it's called 'reality TV', what you see is very rarely what you get.