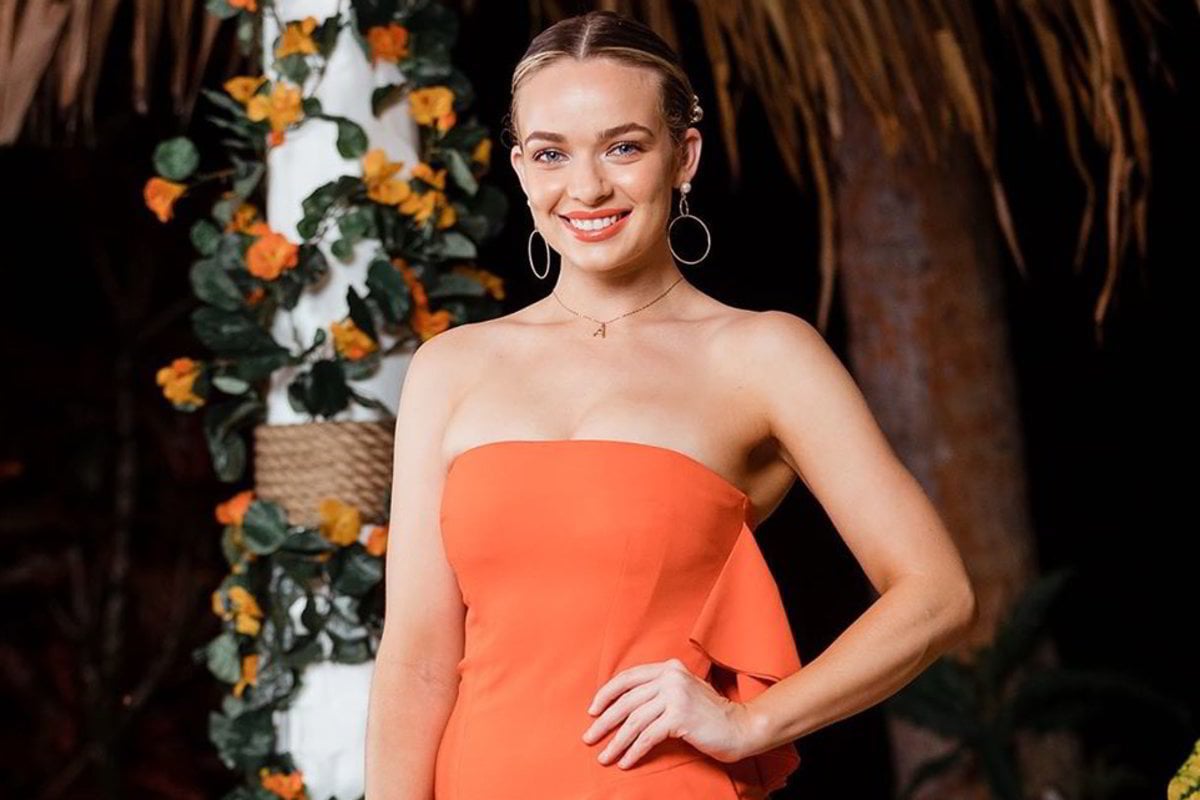 In a series of Instagram stories, Abbie Chatfield has shared brutal details about the high school behaviour she says occurred during her time on The Bachelor.

On Wednesday, the Bachelor in Paradise Australia Facebook and Instagram pages released a video of 'Cabana Drama' - behind-the-scenes footage of the reality show that never made it to air.

The video, which mainly consists of cast mates discussing who they are interested in and which contestants will receive a rose, also prominently features two female contestants talking about Abbie behind her back.﻿

Now, Abbie has publicly responded in a series of Instagram stories.

Uploading screenshots and videos to her public account, Abbie began by explaining that this behaviour is nothing new.

"I was targeted in the mansion," she wrote. "But because there were so many women saying they didn't like me, I was assumed to be the bad one."

She then explained that seeing the footage of the other women talking about her behind her back ultimately left her "relieved," because it was similar to what had happened in The Bachelor mansion. 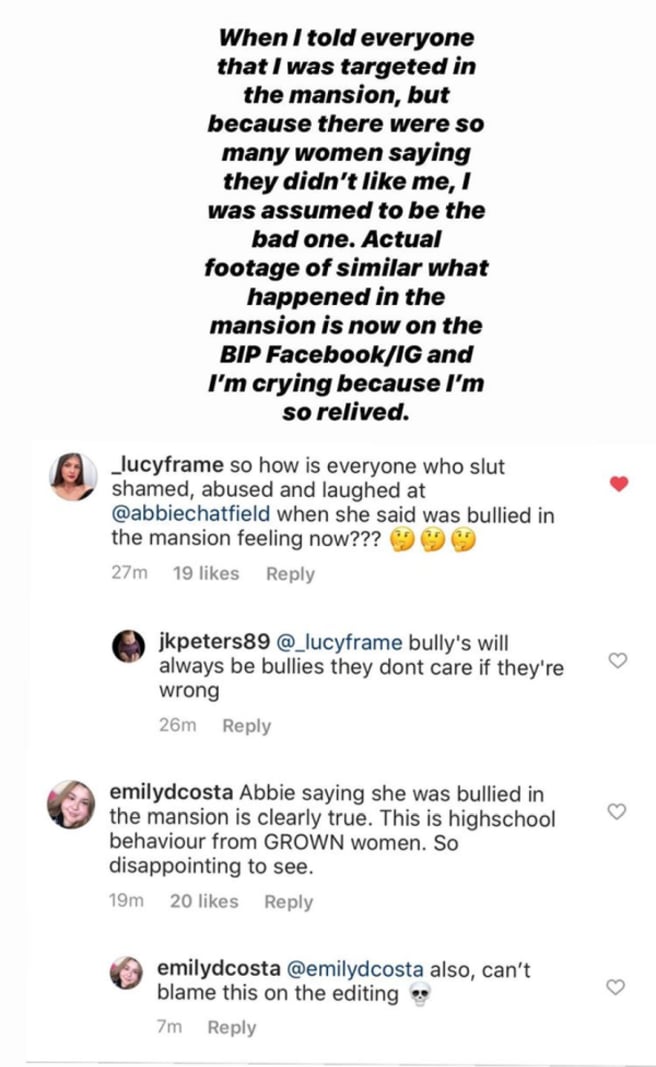 Abbie then uploaded a scene from Bachelor in Paradise showing herself and Helena discussing who would get a rose and whether Ciarran Stott would pick Abbie or Cassandra Mamone. 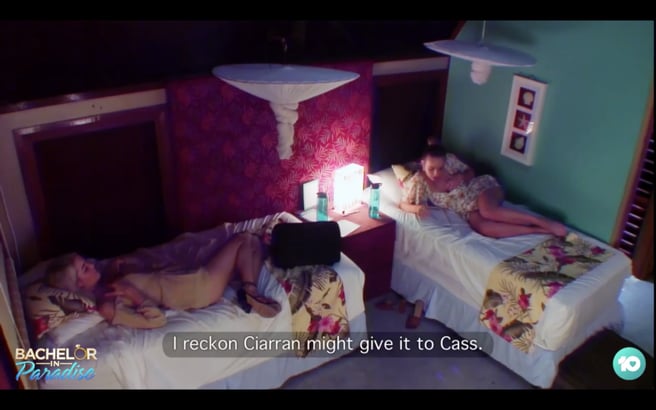 Responding in a video, she said: "[In this scene] I'm well aware that I'm not getting a rose because we used to make little lists, as seen in that clip, of who was getting whose rose. I knew I was going home and I was happy to go home."

The 24-year-old then posted footage of Cassandra Mamone and Mary Viturino discussing Abbie's 'desperate' need for male attention by wearing a bikini by the pool (which is ridiculous because... everyone's in bikinis. Literally all the time).

"She's trying her hardest. We know what she's like, 'Oh my gosh guys, I'm so nervous,'" Mary says as she impersonates Abbie for Cassandra. 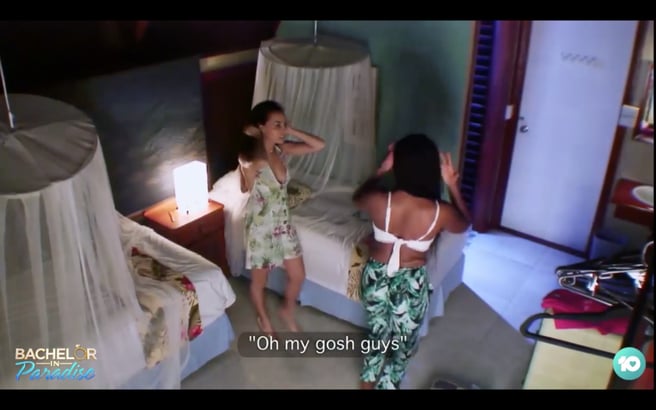 "Next we have the bullying and the slut-shaming regarding me wearing a bikini in Paradise, despite the fact that everyone seems to be wearing a bikini. But it's an issue because it's me," Abbie responded.

"Please note, there's no actual issue with me. No one's saying I said or did anything mean or rude. I was under the impression that we were all fine and friendly after last season. I was forgiving what those two had said about me in the media, but they continue to come after me in their private time thinking they aren't being filmed."

Abbie then shared footage of her looking ecstatic to be leaving the Fijian resort, contrasted with a video showing Mary and Cass continuing to bad mouth her, even after she left.

"It's not Abbie's season. I knew it wouldn't be," Cass says at one point.

A post shared by Bachelor In Paradise Australia (@bachelorinparadiseau) on Jul 21, 2020 at 7:00pm PDT

"I did not want this to be Abbie season two," Abbie explained in an Instagram story. "Just because I got more attention than you, does not mean it's a good thing. I got death threats, my heart broken, and I also had to deal with that for three months in the mansion.

"This was not a fun experience for me. It was worth it because I was in love with Matt, absolutely. So saying, 'Why didn't you leave?' was not an option. I wanted Matt."

She then explained why she wanted to go on Paradise.

"Then, I decided to go back. Because I was like you know what, I'll have a chill experience and be one of those 'back characters', I won't be a main character. I just wanted to go have a fun time, a fun experience. But instead, I'm getting accused of getting attention for getting in a pool for having a bikini on and for what... being nervous? 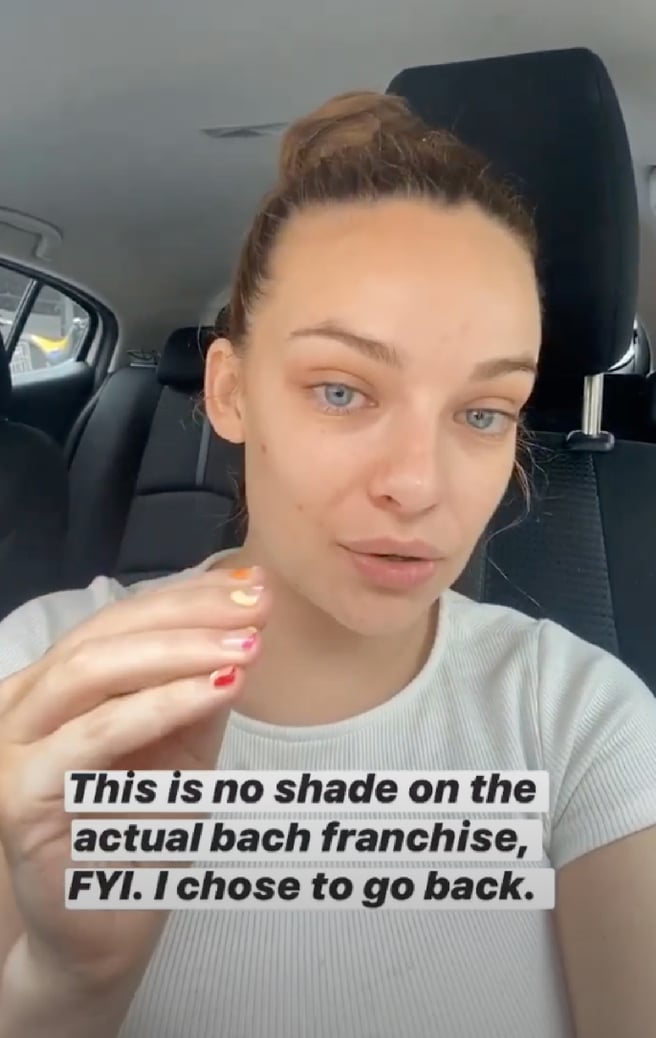 Abbie then explained that if the editors behind the reality TV show had footage of her being nasty, they would have used it.

"Also, in no scenes anywhere in there is me talking badly about anyone in that entire video. They would use it. If the stuff was there, they would use it," she said.

"I've been gaslit for a month by this whole country, and by these girls saying that I'm the bad person and I'm the villain, when all they do is this."

Abbie continued to explain that this behaviour all began back on Matt Agnew's season of The Bachelor.

"This was my experience in the mansion. I feel so validated because for the first time you guys can see what I'm saying when I said I was targeted," Abbie explained.

"I didn't do anything. From the second I kissed Matt, it was that. People wouldn't talk to me, they would whisper behind my back bitching about me. It was genuinely f***ing insane.

"Every week there was someone saying something about me. And everyone would say, 'Drama just follows Abbie'."

"No, these girls were ganging up on me! Oh my god, I've been gaslit for a year!"

Speaking to Mamamia last week after her elimination from Bachelor in Paradise, Abbie said she thinks some of the other women on the show were "intimidated by her".

"I think I remind them of someone in high school," she explained.

"A girl they were intimidated by, I hate saying this but a girl they were jealous of or something. They're like 'she's the girl that would steal my boyfriend', and they say things like they think I get what I want. They don't know me outside of The Bachelor, and I got further than them. They think I manipulated Matt [Agnew, last year's Bach] into getting what I wanted, but I didn't."

She also pointed to the double standard when it came to her behaviour in pursuing Ciarran, and Ciarran's behaviour, in hooking up with several women.

"It's ridiculous, Ciarran got with three women which he should be allowed to do, it's a dating show. He can do what he wants, and we had no emotional connection. He hadn't kissed Cass, and he liked Jess, he can do what he wants. But I should also be able to like one guy and be able to kiss him and not be shamed for it by the other women and Australia."

Since her time on The Bachelor, Abbie has drawn attention to the inconsistent ways we seem to treat men and women on reality TV.

It seems that, to some people, there's something very uncomfortable about a woman who knows what she wants, and won't apologise for it.