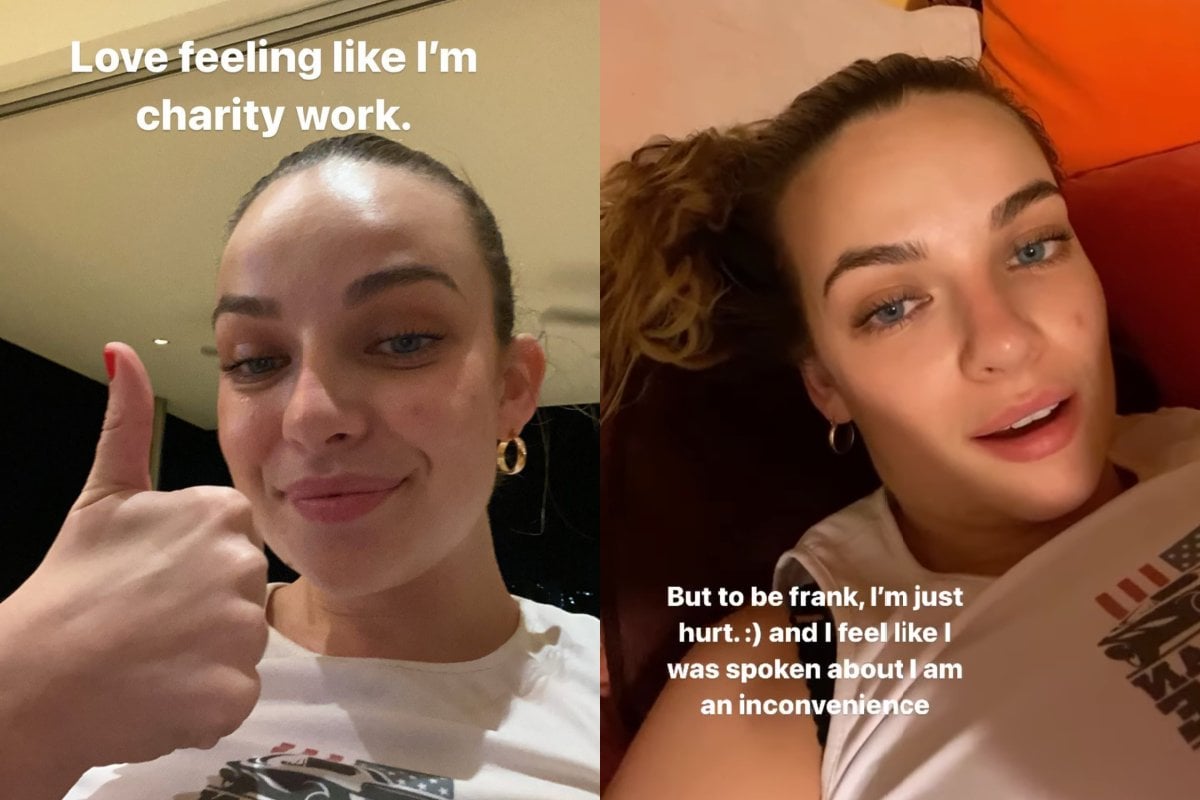 On Tuesday night's episode of I'm a Celebrity... Get Me Out of Here!, we saw the boys' club in full swing. And it was gross.

First, a quick recap: At the start of the episode, we learned that Abbie spent a couple of hours in comedian Ash Williams' sleeping bag.

Not long after, new camp mate Alli Simpson arrived and Ash's tune changed very quickly. The 38-year-old told the other men he regretted spending time with Abbie, because he'd rather hit on Alli.

"Yeah it's very tough because in all seriousness, like, [Alli] is way more my type," Ash said.

By this point, most of the other men in camp had joined the conversation, telling Ash he was in a 'tough spot' and 'in pole position'.

"So this morning, I was sitting by the fire and I said, 'Last night’s cuddle was good.' I said, 'You know, maybe we could do that again,'" Ash explained, to collective groans.

The scene cut to co-hosts Dr Chris Brown and Julia Morris, who had a perfect response.

"What I loved about that conversation was the unquestioned assumption that it's Ash's choice to make, as though the romantic success with Abbie and Alli was just a foregone conclusion and they have no choice in the matter whatsoever," Julia mocked.

Among viewers, Ash's comments were also met with universal backlash.

me driving to the jungle at 110km/h to protect abbie and alli from ash #ImACelebrityAU pic.twitter.com/g942iQh5JC

I think Ash is confused, this is not the bachelor. Plus what makes you think they even want you. Yuck #ImACelebrityAU pic.twitter.com/Zt3IHfskQw

Can we maybe not glorify these 6 adult men (some Dad’s, others who just last week requested Abbie cover up her bod) sitting in a circle gossiping about a 22 YEAR OLD GIRL being hit on by one of their mates? YUCK YUCKY #ImACelebrityAU

Later in the episode, the 'boys club' antics continued, with the men probing Alli for details about her relationship status and asking if she wanted to see Ash's abs.

Alli said she'd actually been seeing someone, so maybe the men should avoid discussing hooking up with a woman without knowing if she's actually keen. Women have agency, etc. etc.

Back to Abbie, who is well-loved for empowering content, calling out problematic bulls*** on reality TV and social media, and just generally being a feminist queen.

This is probably the part where you'd imagine we'd outline whatever kickarse message she had following the episode, about how the boys' club antics are inappropriate and indicative of a culture where women are seen as props.

And while that is true, Abbie's response didn't cover that.

It was still kickarse, but in a different way.

Abbie acknowledged that right now she couldn't give her followers the kind of rant they expected.

"If you think your love life is bad, imagine consistently being second best on national TV," she captioned a story.

Of course we remember that Abbie was, as she puts it, 'dumped on a rock in Africa' by 2019's Bachie Matt Agnew, and last year we saw her rejected by Ciarran Stott on Bachelor in Paradise. In hindsight, not a loss, but that wouldn't have made it hurt any less at the time. 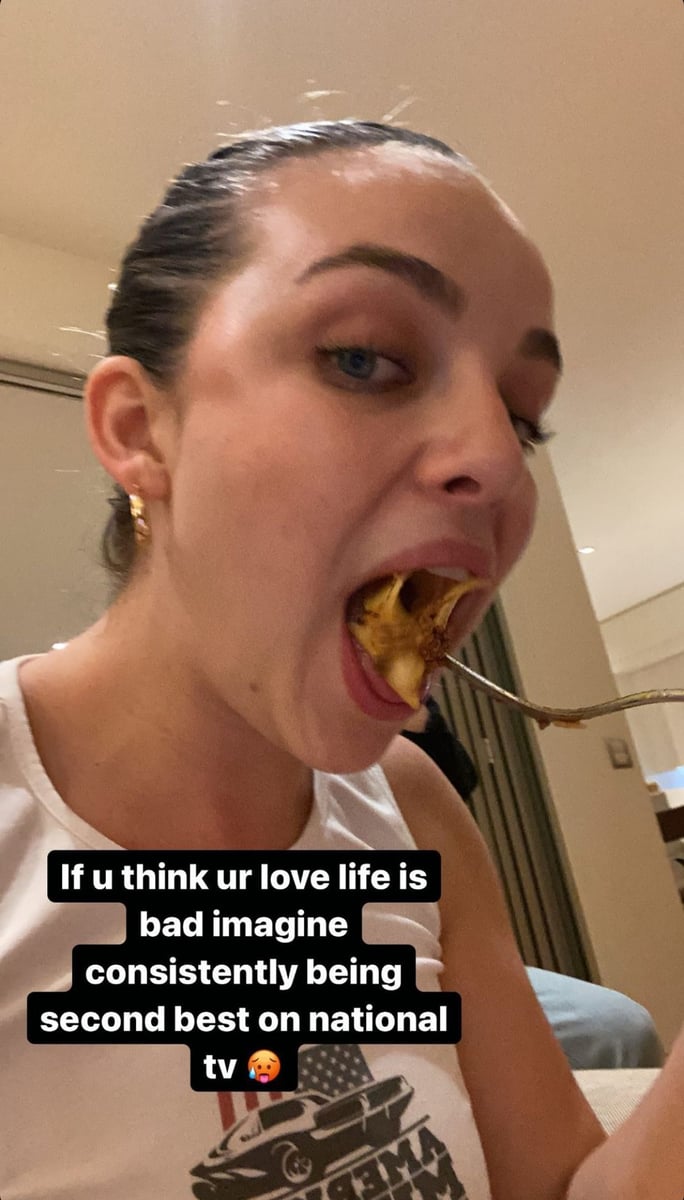 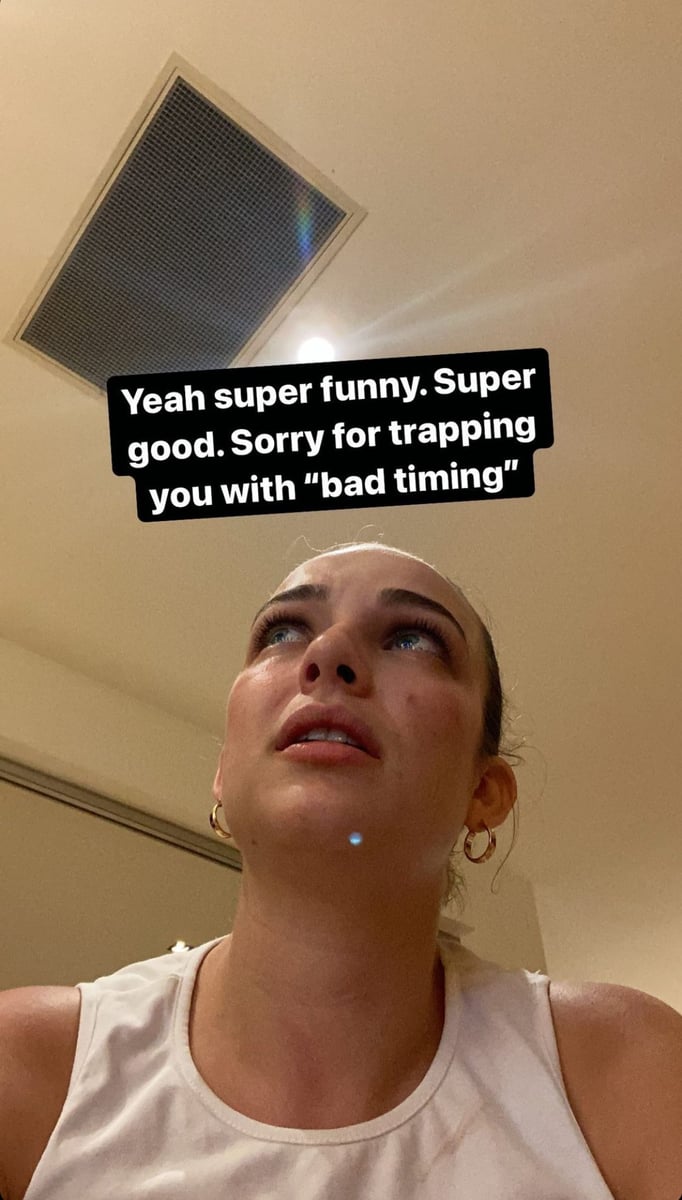 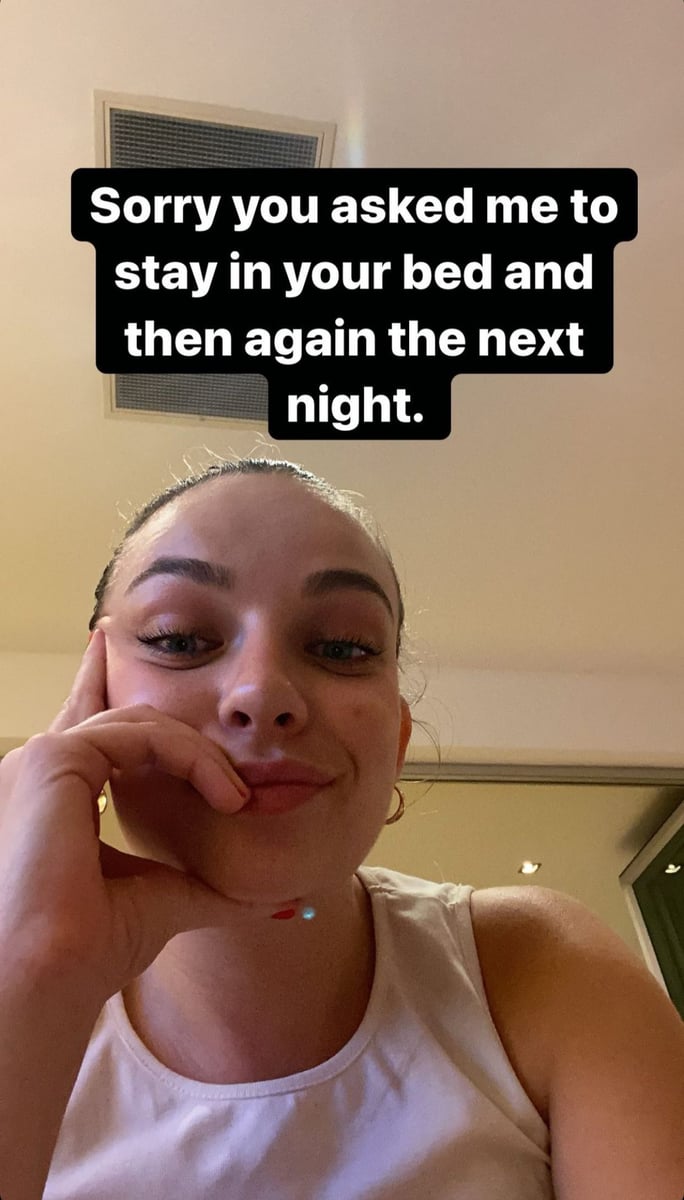 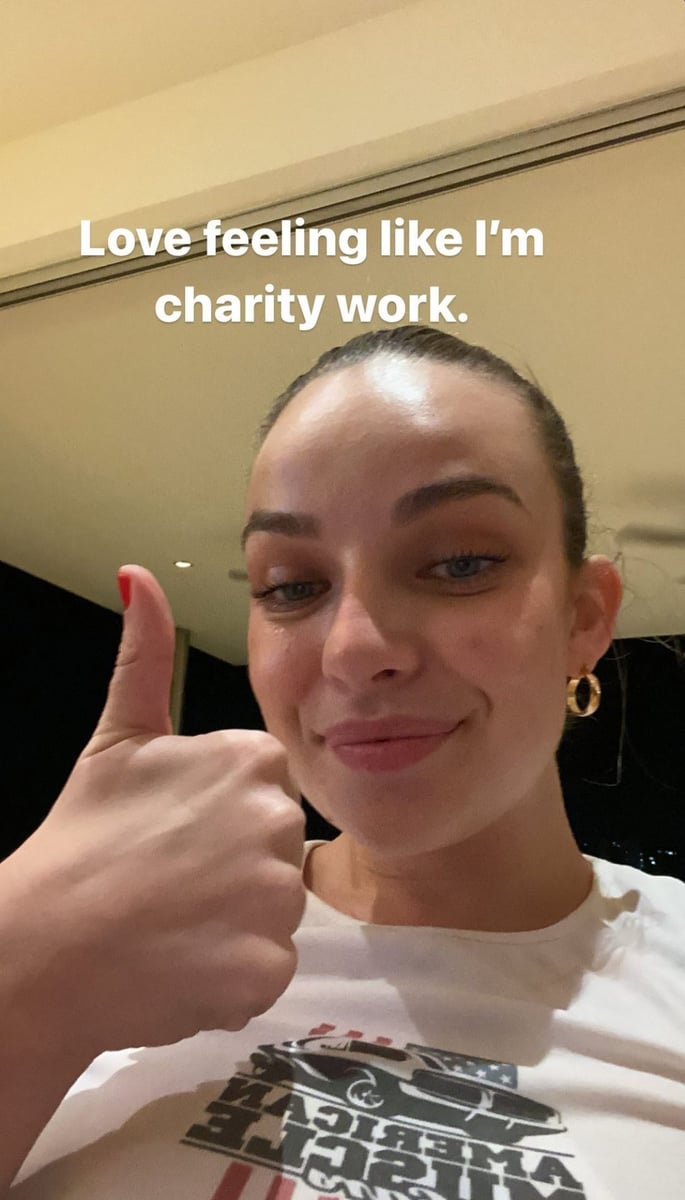 Abbie then addressed Ash's comments about Alli arriving 'a day too late'.

"Sorry you asked me to stay in your bed and then again the next night.

She went on to say her self-esteem had taken a hit and watching Ash's comments felt like a "kick in the guts".

"Being completely honest regarding tonight, I know you all probably want a feminist rant about locker room talk and boys' club and stuff," she continued on Instagram.

"But to be frank, I'm just hurt. And I feel like I was spoken about like I am an inconvenience and easily discarded." 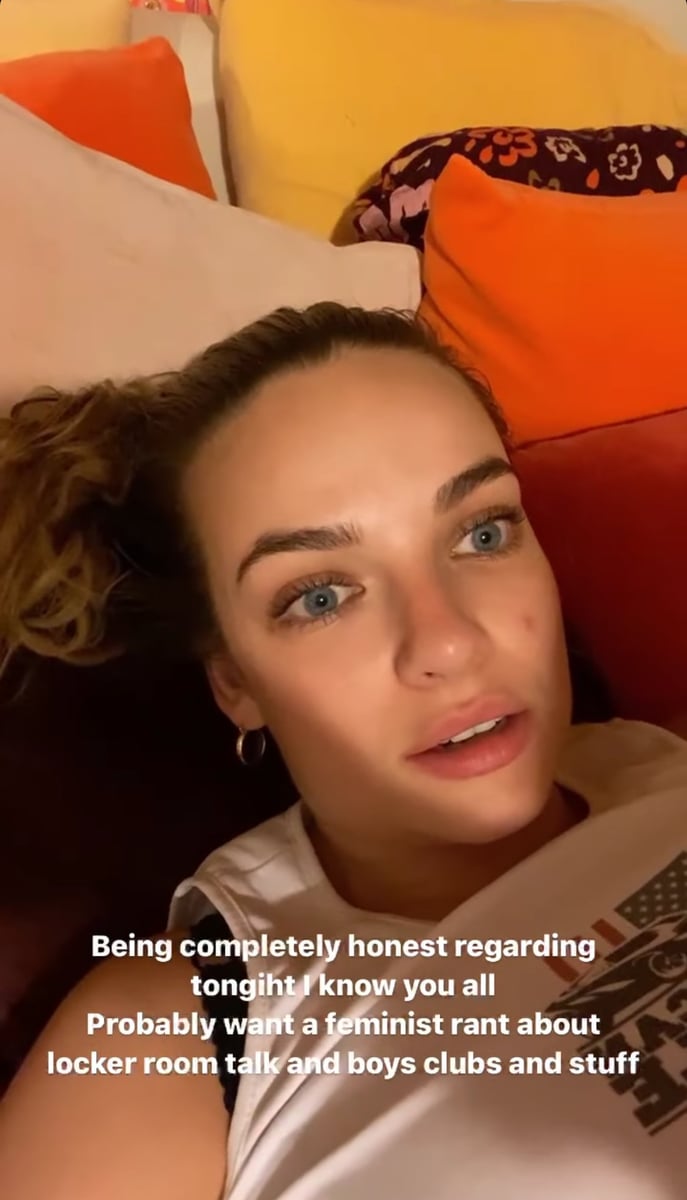 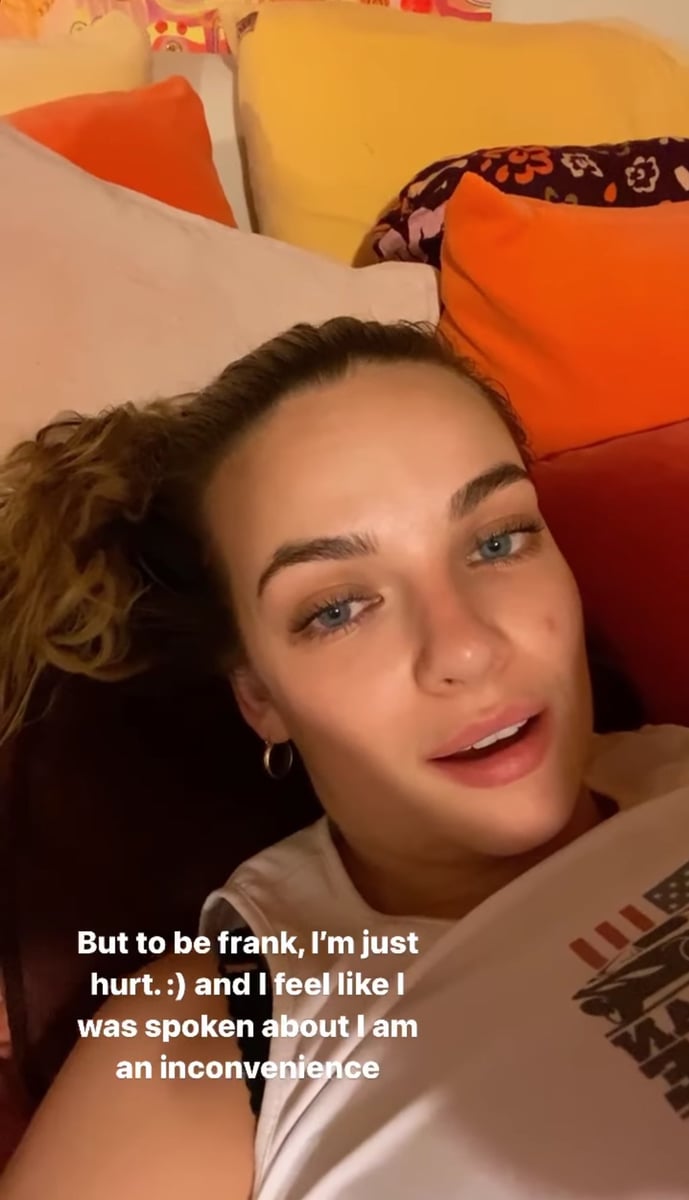 Abbie said that, of course, this had nothing to do with Alli and asked that none of her followers "trolled anyone".

And while Abbie's 'rant' was different from many of her past ones, it served up an equally strong message.

As open as Abbie is about her life, and as articulate she has been while dismantling patriarchal crap in the past, she's still human.

And humans aren't always going to be super articulate in the face of hurt, or want to respond with a powerful takedown right off the bat.

Honestly, we often just need time to process what it is we're going through.

And then when we've done that, the boys' club doesn't stand a chance.

Mamamia has reached out to Channel 10 and Abbie for comment.

L
ladykeepingitreal a year ago

Reply
Upvote
I think some people may have taken Abbie's silence as weakness 🙄 Don't underestimate the power of sitting in silence 🙏 sometimes much more powerful !
A
anon- a year ago

Reply
Upvote
2 upvotes
I've seen a lot of people refer to Abbie as "confident" in the past, however, I have always gotten the sense that she is actually pretty insecure and puts on a confident persona as a bit of a mask.  Of course, I could be completely off base with that opinion.
Not a fan of the behaviour that the blokes on the show have been displaying.  I get they are all bored in the jungle, but egging a 38 year old in his efforts to hit on young girls in their early 20s is just gross.  Also shows a general lack of respect for Abbie as a person that they are all encouraging something that they know would probably hurt her.
News
General
Opinion
True Crime
Politics
Sport
Explainer
Entertainment
Celebrity
Reality TV
Movies
TV
Books
Rogue
Royal
Lifestyle
Beauty
Fashion
Weddings
Home
Wellness
Health
Fitness
Travel
Food
Parents
Before The Bump
Pregnancy
Baby
Kids
Teens
School
Parent Opinion
Work & Money
Money
Finance
Career
Lady Startup
Relationships
Sex
Dating
Separation
Friendship
Family
Real Life
Couples