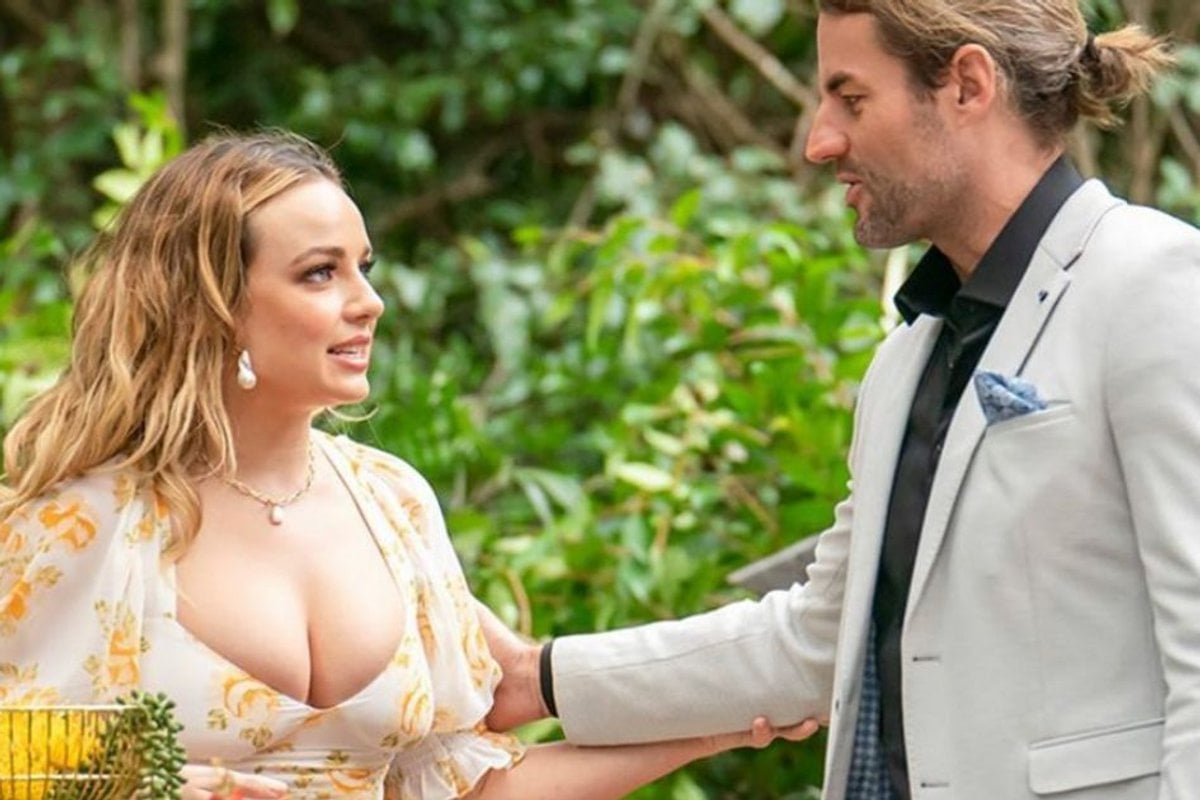 1. Incoming: A big old fight between Abbie and Ash on I’m A Celeb.

It looks like there's going to be a big old fight between Abbie Chatfield and Ash Williams on I'm A Celebrity this week, and really, it's about bloody time.

It all started last week, when Abbie spent some time in comedian Ash Williams' sleeping bag.

Listen to The Spill, where Laura and Kee discuss Lady Gaga's hidden messages in her presidential performance. Post continues after podcast.

Not long after, new camp mate Alli Simpson arrived and Ash's tune changed very quickly. The 38-year-old told the other men he regretted spending time with Abbie, because he'd rather hit on Alli.

“Yeah super funny. Super good. Sorry for trapping you with ‘bad timing’,” Abbie wrote on Instagram after the episode aired.

“Sorry you asked me to stay in your bed and then again the next night. 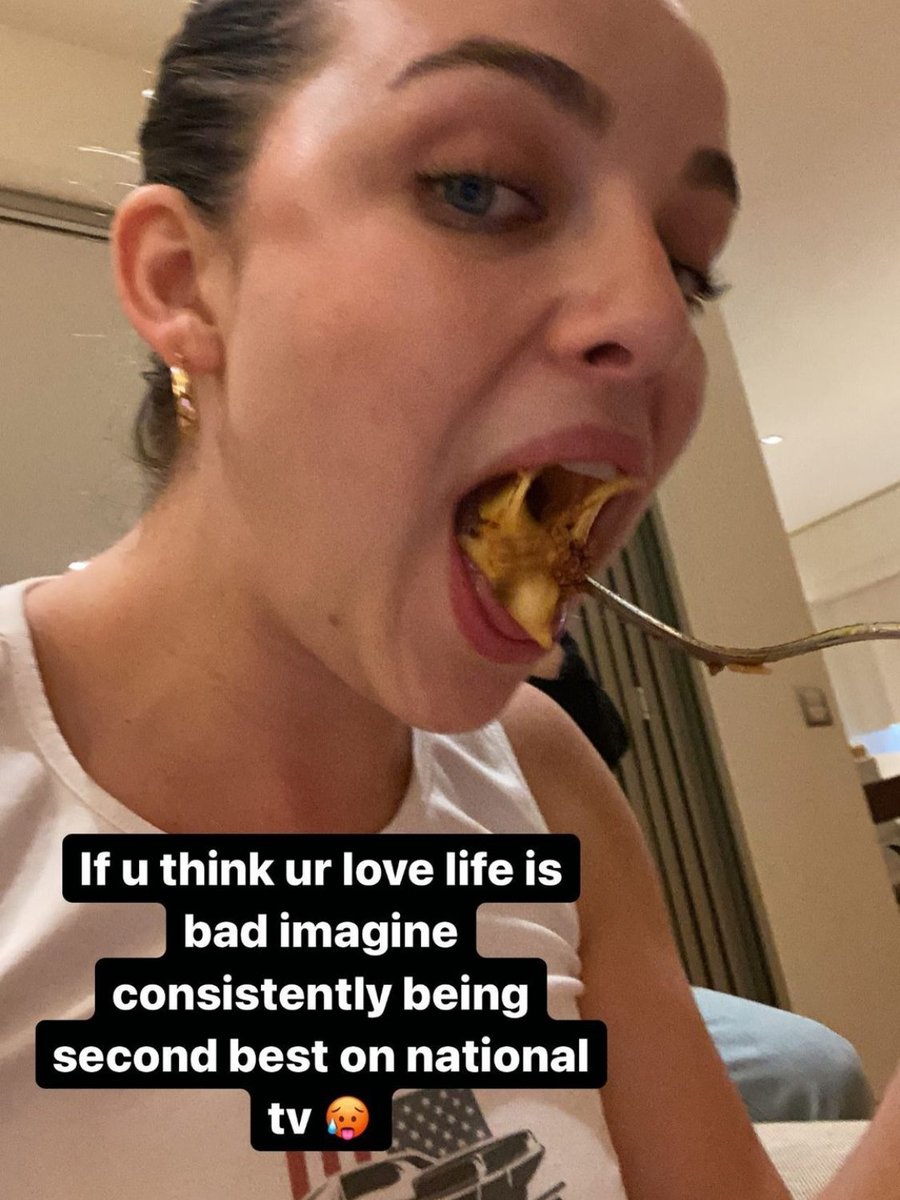 Image: Instagram. And just when we thought that was the end of it, Grant Denyer has warned there's more to come.

“Can I just say, it ain’t over yet,” Grant told HuffPost Australia.

“There’s a fight on the cards between two of the strongest power players in the whole camp for someone’s heart, and Pettifleur is at the fore,” he added.

And we can all assume who that's over...

“She is fearless, and she’s a woman who knows what she wants and she’ll stop at nothing to get it,” Grant said of Housewives Pettifleur.

2. The reason behind MAFS’ Seb and Lizzie’s break up is actually pretty sad.

Married At First Sight's Seb Guilhaus has shared the reason behind he and Lizzie Sobinoff's break up and it's actually really sad.

In an Instagram post yesterday, the 31-year-old explained that 2020 was a difficult year for him despite meeting Liz, and being in his first relationship in eight years.

"I uprooted from Adelaide, left family and friends with an idea of the direction i wanted to head career wise but with nothing in stone," he wrote.

He added that he also dealt with loss and injuries, leading up to his and Liz's break up.

He has since moved back to Adelaide, and remains friendly with Elizabeth Sobinoff.

3. Kim and Kanye are set to divorce in the only way they can, in front of a whole lot of cameras.

It looks Kim Kardashian and Kanye West's rumoured divorce will apparently feature in the final season of Keeping Up With the Kardashians. And why are we not surprised?

According to Page Six, "the disintegration of Kim and Kanye’s marriage will feature heavily" in the storyline for the show's 20th season.

A source supposedly told the publication that "the Kardashians intend to go out with a bang".

"They’ve filmed Kim discussing her marriage problems. But everybody involved is on a nondisclosure agreement, because the finale won’t screen until later in 2021."

Rumours that Kim and Kanye are separating started swirling around earlier this month, when multiple sources told Page Six that "divorce is imminent".

"Now this divorce is happening because Kim has grown up a lot. She is serious about taking the bar exam and becoming a lawyer, she is serious about her prison reform campaign. Meanwhile Kanye is talking about running for president and saying other crazy s***, and she's just had enough of it," a source apparently told the publication.

It looks like we'll just have to wait and see what happens when the final season airs this year.

4. Paulini talks openly about her eating disorder during her time with Young Divas.

I'm A Celebrity star Paulini Curuenavuli has opened up about the body insecurities she's faced during her time in the public eye.

"Obviously looking a certain way, looking thinner, having straight hair and trying to fit into the mould of what people think you are supposed to look like, those are things I’ve struggled with my whole career."

The 38-year-old went on to explain that when she was in the girl group Young Divas, she would only eat breakfast and starve herself for the rest of the day.

"When touring with the Young Divas, I was hardly eating and working out like crazy," she told the publication. "I may have been between a size eight and 10. I was so unhappy."

Australian Idol fans will also remember that Paulini was very publicly criticised about her appearance on the show back in 2003, when judge Ian ‘Dicko’ Dickson made an unnecessary comment about the singer's gold dress.

"This is really hard for me to say, but it’s the real world, you should choose more appropriate clothes or shed some pounds. I’m sorry," Dicko said at the time. 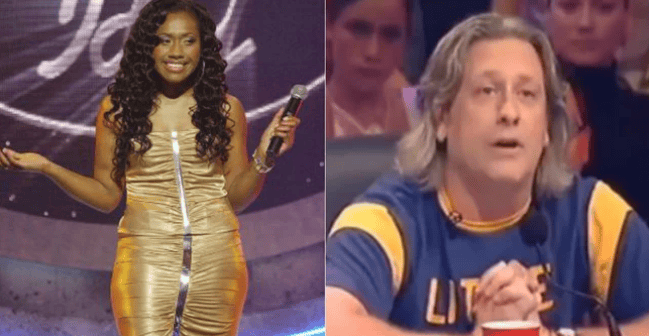 "Things you see on TV, everything around you says that you have to look a certain way and if you don’t look like that, then you are not quite right," she told the publication.

"Now I finally realise that me being natural and me being who I am is the best thing ever."

We love to hear it.

5. Seven-figure dresses and an on-screen feud: Everything we know about Bling Empire's Christine Chiu.

We're only in the first month of 2021 and Netflix is already blessing us with new reality TV to devour.

Bling Empire is the latest stupidly addictive show to drop on the streaming service and we're already obsessed with it.

The show, which has been dubbed the perfect combination of Crazy Rich Asians and Selling Sunset, follows the lives of a group of affluent Asian American friends living in Los Angeles. The first episode alone is jam-packed with copious amounts of caviar, champagne and diamonds.

But who are these glamorous characters?

Well, to get you up to speed, here's everything you need to know about one of the key players: self-proclaimed "Queen of Beverly Hills" Christine Chiu.

Who is Christine Chiu?

Christine Chiu was born in Taiwan and raised in Beverly Hills. She graduated from Pepperdine University in Malibu, California, with a degree in international business and worked in beauty PR post-university.

In 2006, she married Dr Gabriel Chiu, a 24th direct descendant of the Song Dynasty. The couple share a son also named Gabriel, but better known by his nickname, Baby G.

Read the full story over here.