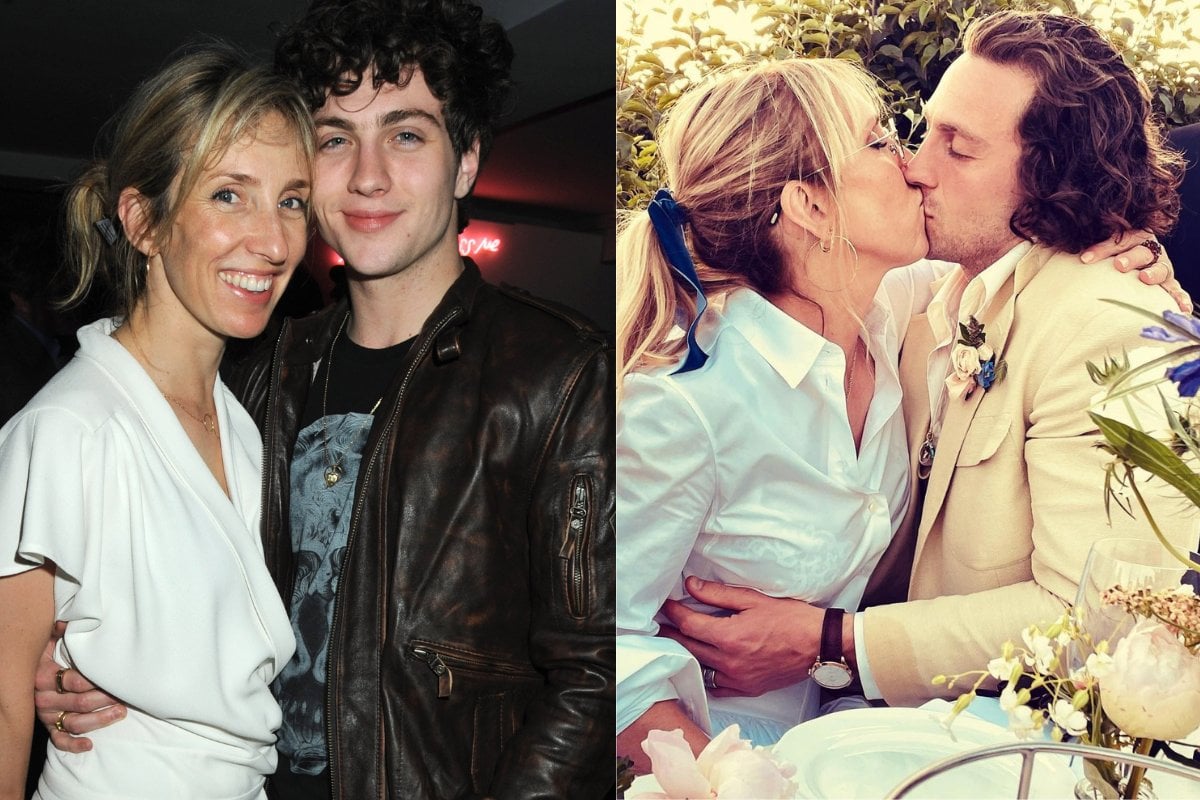 Aaron and Sam Taylor-Johnson are big names in their own right.

Both from the UK, Aaron, an actor, has starred in countless movies, won a Golden Globe, and will appear in the upcoming action film Bullet Train, alongside Brad Pitt.

Meanwhile, Sam, a filmmaker and photographer, has directed her fair share of movies (Nowhere Boy, Fifty Shades of Grey), and has just signed on to do the latest Amy Winehouse biopic, Back to Black.

But as far as celebrity couples go, the Taylor-Johnsons have received far more scrutiny than most because of their 23-year-age gap.

But that's never bothered them.

Watch the trailer for Bullet Train here. Post continues below.

At 18, Aaron had just a handful of films under his belt such as Angus, Thongs and Perfect Snogging and The Illusionist while Sam, then 42, was a renowned artist, director and mother of two daughters from her previous marriage.

Aaron still remembers what Sam was wearing the day they met.

"I remember it very, very clearly," the actor told Harper's Bazaar in 2019. "This white shirt that she still has, that I love. It definitely changed my life, though not in the way I expected." 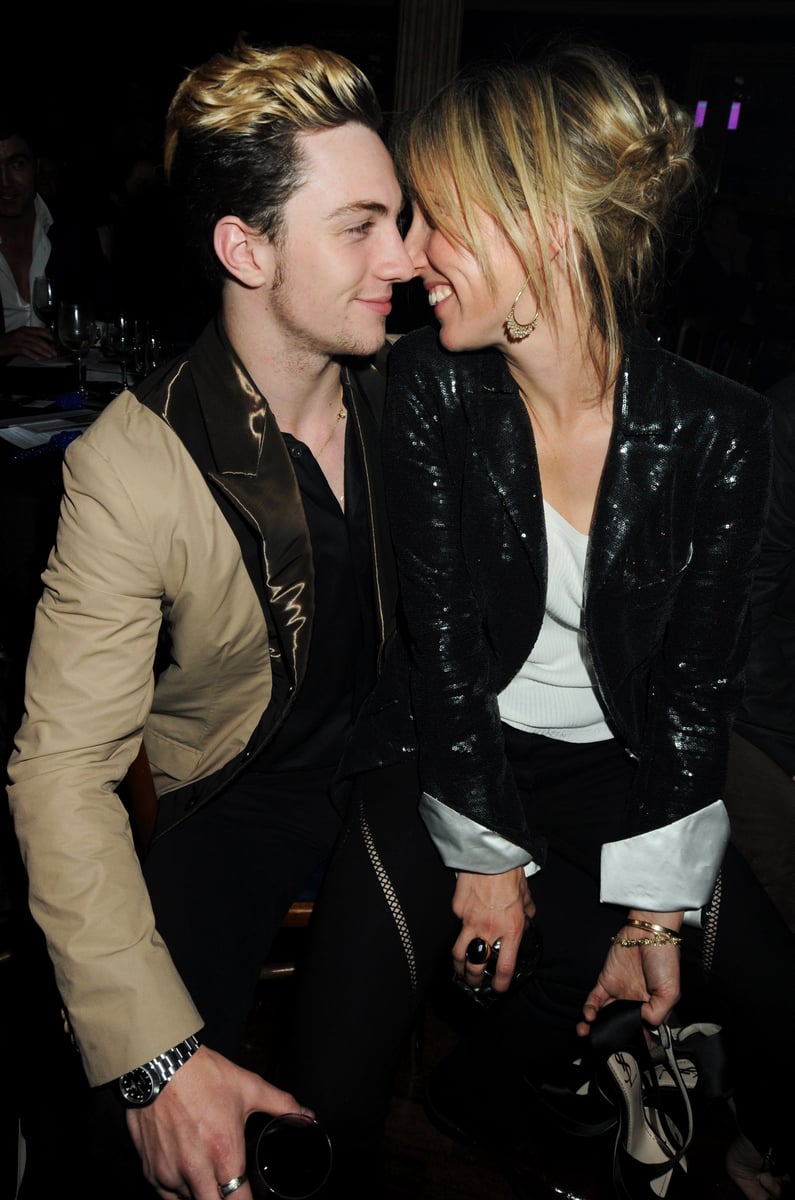 Although they were both professional while filming the movie, Aaron proposed to Sam as soon as they wrapped.

"As soon as we finished, he told me he was going to marry me," Sam told the publication. "We had never been on a date, or even kissed."

"I knew instantly that I wanted to spend the rest of my life with this person."

The age gap meant nothing.

"When I met Sam, I'd already lived a life far beyond that of most of my contemporaries – I didn't relate to anyone my age. I just feel that we're on the same wavelength," Aaron told The Telegraph UK in 2019.

While Sam told The Sunday Times: "We had this intense connection. He was very intense and absolutely mind made-up."

The couple announced their engagement at the UK premiere of Nowhere Boy in 2009, and in July 2010, they welcomed their first daughter, Wylda Rae.

And in June, they got married, and changed their last name to Taylor-Johnson.

Of the name change, Aaron told the Evening Standard: "I just don't see why women need to take the man's name. I wanted to be a part of her just as much as she wanted to be part of me."

Although both have continued to work since, Aaron prefers raising their children.

"I get more fulfillment from being a father than I do from being an actor," he said in a 2017 interview with Mr Porter. "I'm still constantly wanting to give it up."

And while neither care about the commentary surrounding their age-gap relationship, they admit it was hard to deal with in the early years.

"But having to deal with that early in my career probably got me to a place where I can more quickly just go, 'Oh, f*** it' instead of wanting to rip someone's head off for asking questions I don't like," he added.

While Sam gave The Hollywood Reporter her two cents on it: "If I gave a second thought to other people, I would be the unhappiest person, probably still in a miserable marriage.

"People like to talk about it. I'm like, 'Yeah, but it works better than my last marriage.' It's lasted longer than a lot of my friends' marriages."

In 2017, Aaron shared he got a tattoo of his wife's name on his chest near his heart. In 2021, for their 10th wedding anniversary, Sam did the same.

The couple also renewed their vows to celebrate the milestone.

"It was a celebration of love and joy!" Aaron captioned a photo from the event on Instagram.

"A decade of marriage. It was a magical, unforgettable day, and the sun did not stop shining on us both... we are blessed beyond belief. Sammy you are my love, my life, my soulmate, my wife, my world!"

And the secret to their success?

Aaron told Mr Porter it was all to do with not analysing their relationship.

"I just know that it works. I feel secure and loved and safe," he said.

"We have this very deep connection. We're just in sync."