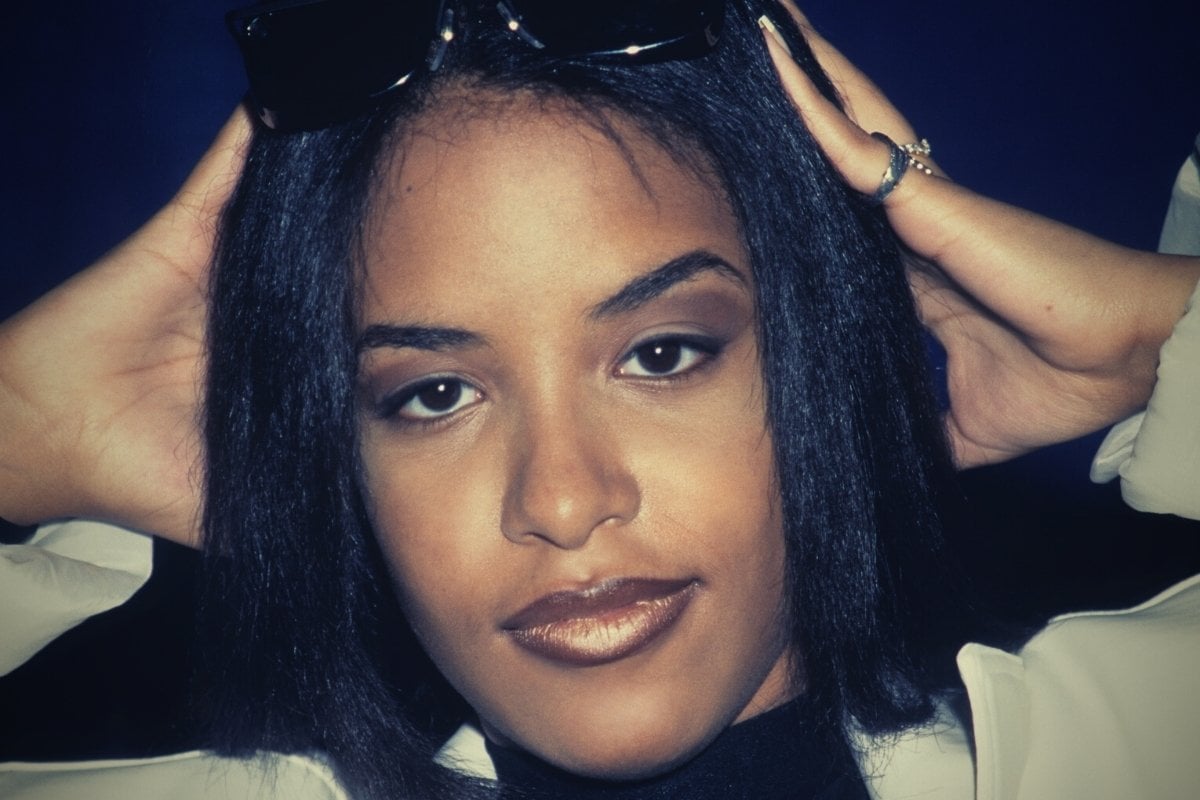 The following deals with child abuse, which may be triggering for some readers.

On Monday evening, US time, former R&B star Robert 'R' Kelly sat stony-faced in a New York courtroom as the jury handed down its verdict.

The 'Ignition (Remix)' singer was arrested in July 2019 on charges of racketeering, sex trafficking, bribery and the sexual exploitation of a child relating to crimes against 20 women and two men, several of whom were underage at the time of the offence.

After decades, these people got the chance to share their allegations in court. They got the chance to witness the sheen stripped from the once-popular singer's legacy, in what has become one of the biggest trials of the #metoo era. And finally, to hear the words they'd been waiting to hear. Guilty. On all counts.

But one victim never got that moment. The youngest.

Aailyah Dana Haughton was just 12 years old when she became a professional singer. The Detroit girl's uncle, entertainment lawyer Barry Hankerson, even created his own label — Blackground Records — to help kick-start her career.

By then, she had already appeared on the television show Star Search (where she was introduced as "a young girl with a big voice and an even bigger dream") and had sung in concert with her aunt, soul legend Gladys Knight.

Two years later, at just 14, she released her first album, Age Ain’t Nothing But A Number, which went double platinum and has sold millions of copies worldwide. R. Kelly produced the record, and his stylistic influence was all over it. But soon, people began to notice that influence in other aspects of the teen star's life.

Kelly dressed Aaliyah like him for photo shoots and media appearances. They gave interviews together, travelled together, were photographed together on the street and at events. Their apparent closeness led some to speculate whether they were related — cousins, perhaps.

"We’re just very close," the teen star said on the show Video Soul Gold in 1994. "This is my best friend in the whole wide world."

Yet, in the years that followed, Aaliyah gradually pulled away from Kelly. She created a distinctive second album with Missy Elliott and Timbaland, which is still hailed today as hugely influential and forward-thinking. Her biographer, Kathy Iandoli, described the sound achieved on One In A Million as "the blueprint for all of R&B and pop music today".

"Before I went into the studio to do this album, I knew I wanted to show my colours," Aaliyah told MTV at the time of its release. "I was very confident in my convictions and what I wanted this time around."

Subsequent hits like 'Try Again' and ' Rock the Boat' solidified her reputation as 'The Princess of R&B'.

Come the new millennium, Aaliyah was also praised for forays into acting, with performances in the 2000 action film Romeo Must Die and Queen of the Damned, and she had signed on for several future projects including sequels to The Matrix.

But on August 25, 2001, Aaliyah's life was cut short, when the plane in which she was travelling crashed after taking off from the Bahamas. She was just 22 years old. 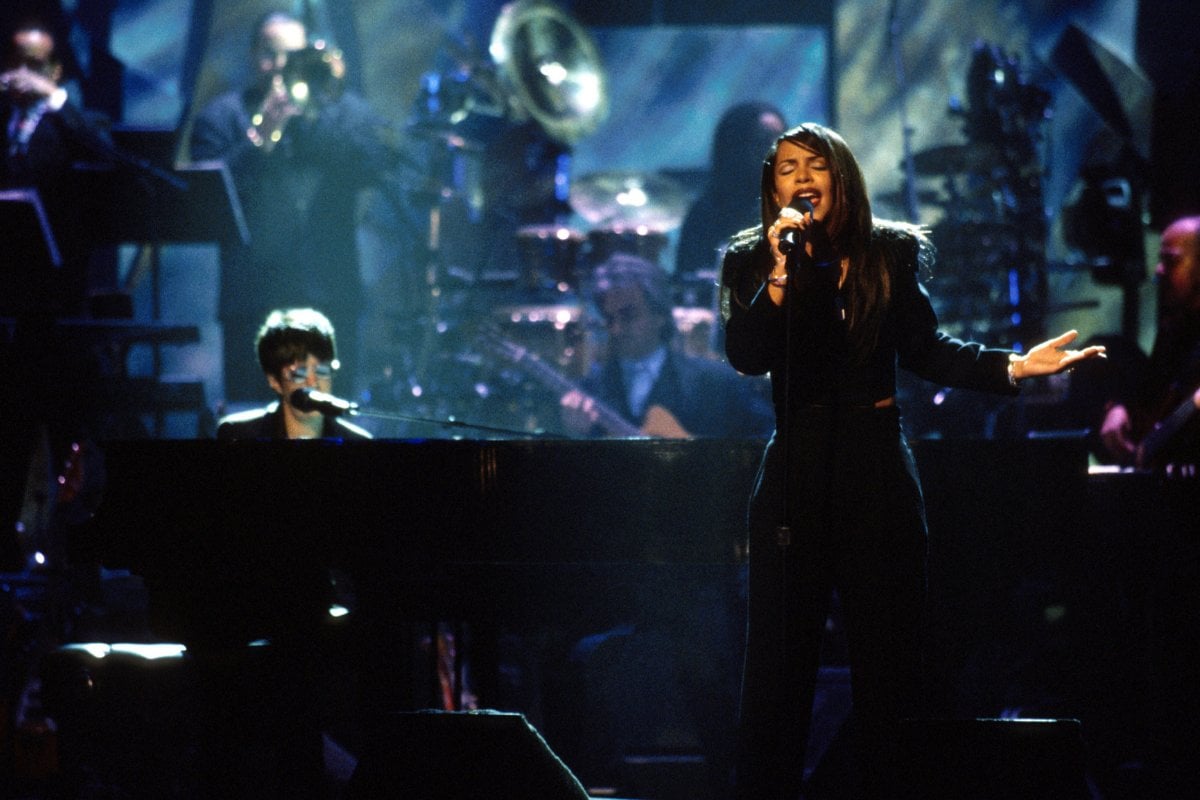 It's only in recent years that Aaliyah's relationship with Robert Kelly has been given the public and judicial scrutiny it deserved.

In 2018, as the #metoo movement swelled, allegations of abuse we raised by four women who were finally given the power and platform to speak. A documentary series, Surviving R. Kelly, followed in January 2019 with multiple sources raising criminal allegations against him, including several relating to Aaliyah.

As with that series, it was left to others to speak up for the late singer during Kelly's five-week trial.

One witness testified that he saw Kelly sexually assault Aaliyah when she was 13.

Another — Kelly's former tour manager — testified that in 1994 he bribed an employee at a Chicago welfare office US$500 to create an ID card that falsely stated that Aaliyah was 18 so that Kelly could marry her. This, the prosecution said, was done at Kelly's instruction because he believed that Aaliyah had fallen pregnant.

She was 15 at the time. He was 27. The marriage was annulled the following year.

Robert Kelly is now awaiting sentencing and faces the possibility of life behind bars.

For many, it's come too late.

Police first heard abuse allegations against the singer 25 years ago. In the meantime, it was uncovered that he'd married Aaliyah while she was underage. In the meantime, he was tried on child pornography charges (no conviction was achieved, but he faces another case in which prosecutors will allege that he bribed a victim and her family to lie to the grand jury). In the meantime, he has continued to earn royalties from Aaliyah's debut album. And in the meantime, she was robbed of a chance at justice.

But though their stories will be inevitably, inextricably tangled, at least now he will be referred to in hers by the title he deserves. Not mentor, not producer, and certainly not friend.

If you have experienced sexual assault and need to speak to someone, support is available via 1800 RESPECT. Call 1800 737 732 to speak to a trained counsellor.

Reply
Upvote
Where on earth were her parents and family in all of this? Did no one think it was at all inappropriate for a 14 year old girl to be singing that "age ain't nothing but a number"?  Seriously, google the lyrics, I can't believe no one saw this as a red flag! Glad this piece of filth has finally been found guilty.
News
General
Opinion
True Crime
Politics
Sport
Explainer
Entertainment
Celebrity
Reality TV
Movies
TV
Books
Rogue
Royal
Lifestyle
Beauty
Fashion
Weddings
Home
Wellness
Health
Fitness
Travel
Food
Parents
Before The Bump
Pregnancy
Baby
Kids
Teens
School
Parent Opinion
Work & Money
Money
Finance
Career
Lady Startup
Relationships
Sex
Dating
Separation
Friendship
Family
Real Life
Couples