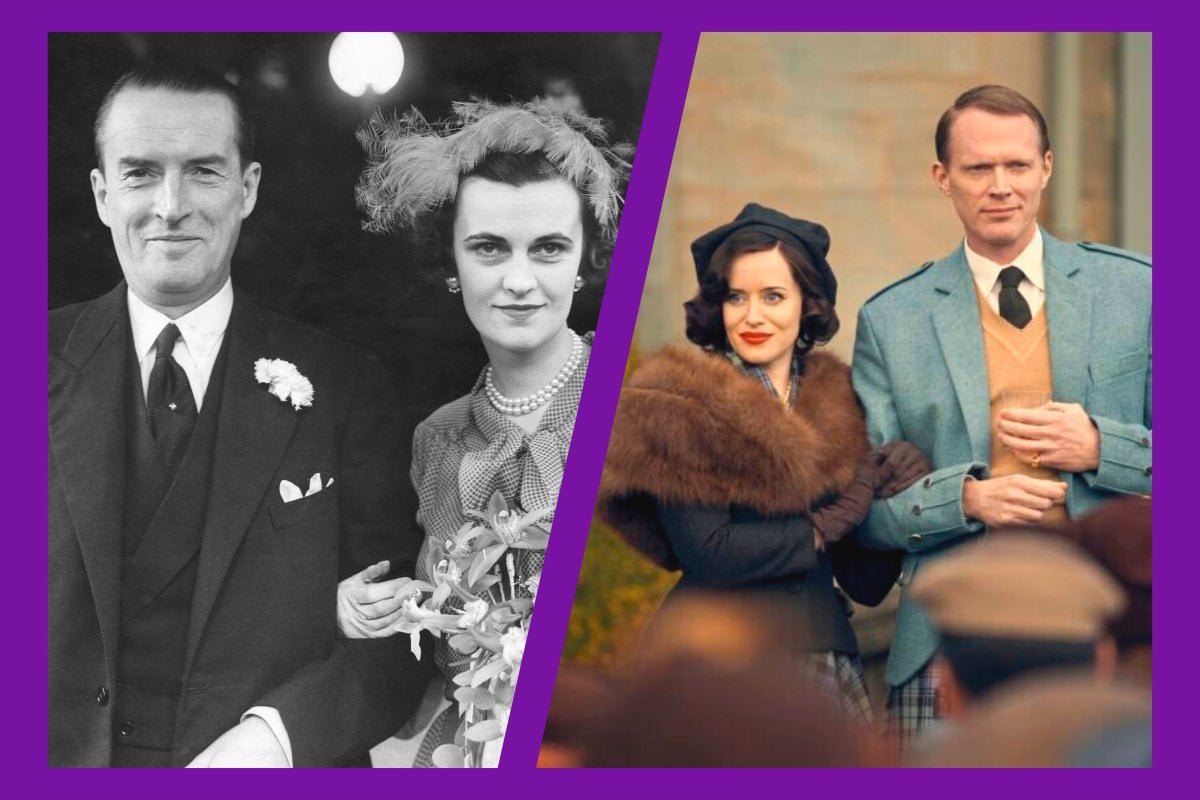 In Amazon Prime Video's A Very British Scandal, Claire Foy as the Duchess of Argyll is rarely seen without her signature three-strand pearl necklace.

The status symbol represented her character, a glamourous heiress with a love for the finer things in life, perfectly. It also became her downfall.

The three-part series is based on a true story about the marriage and divorce of the Duke and Duchess of Argyll in 1960s Britain, which was labelled by the BBC as "one of the most notorious, extraordinary and brutal legal cases of the 20th century".⁣

Watch: The trailer for A Very British Scandal. Post continues below video.

A Very British Scandal stars Claire Foy and Paul Bettany as the infamous couple, in a dramatised series that stays mostly true to the real life tale.

Here is the true story behind the series.

Who was Margaret Campbell?

She spent the first 14 years of her life in New York City, before returning to the UK. As a wealthy heiress, she quickly became a highly sought after member of London's high society.

At 15, she became pregnant by future actor David Niven and was taken to a London nursing home for a secret abortion.

Margaret had early romances with well-known men, including Prince Aly Khan (who later married Rita Hayworth) and Prince George, Duke of Kent and the uncle of future Queen Elizabeth II.

For a time, she was engaged to Charles Guy Fulke Greville, 7th Earl of Warwick, but they never made it to marriage because in 1933 Margaret met wealthy American Charles Sweeny, who would instead become her first husband. 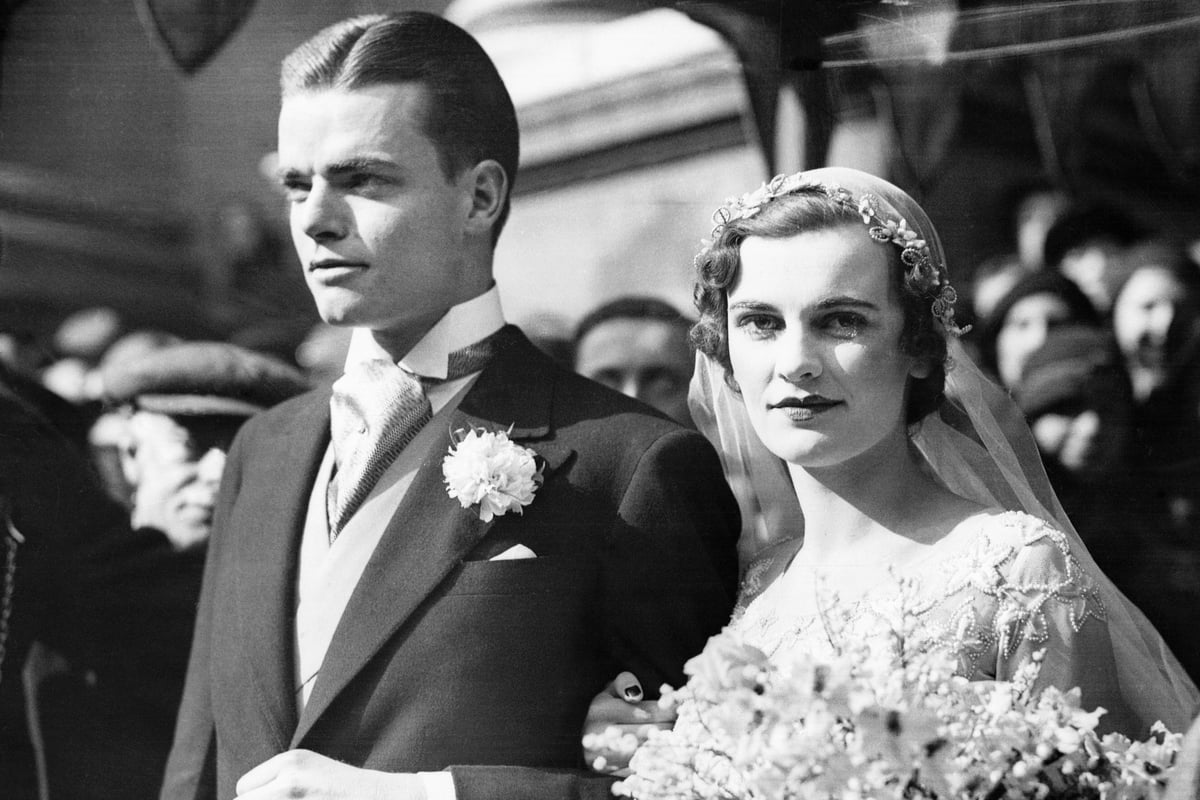 Their wedding drew crowds that blocked traffic for three hours, and her dress - designed by Norman Hartnell - cemented her status as one of the most glamourous socialites of the time (she even claimed her dress later inspired the dress of Elizabeth II).

The couple were married for 16 years. Margaret had eight miscarriages and gave birth to a stillborn daughter before the births of their son Brian and daughter Frances, according to her biographer.

Margaret nearly died in 1943 when she fell down a concrete lift shaft,

"I fell forty feet to the bottom of the lift shaft," she later recalled in her memoir.

"The only thing that saved me was the lift cable, which broke my fall. I must have clutched at it, for it was later found that all my finger nails were torn off. I apparently fell on to my knees and cracked the back of my head against the wall."

Margaret and Charles divorced in 1947, but remained close friends. They were even buried together following their deaths, just four months apart, in 1993.

The Duke and Duchess of Argyll.

It did not take long for his marriage to Margaret to turn toxic.

The Duke was known to be addicted to drinking, gambling and prescription drugs. His ex-wives described him as cruel and physically violent, and also claimed he had used their money to maintain Inveraray Castle, the traditional Campbell clan home in Scotland. He relied on Margaret's family's wealth to complete a £250,000 renovation of the home. 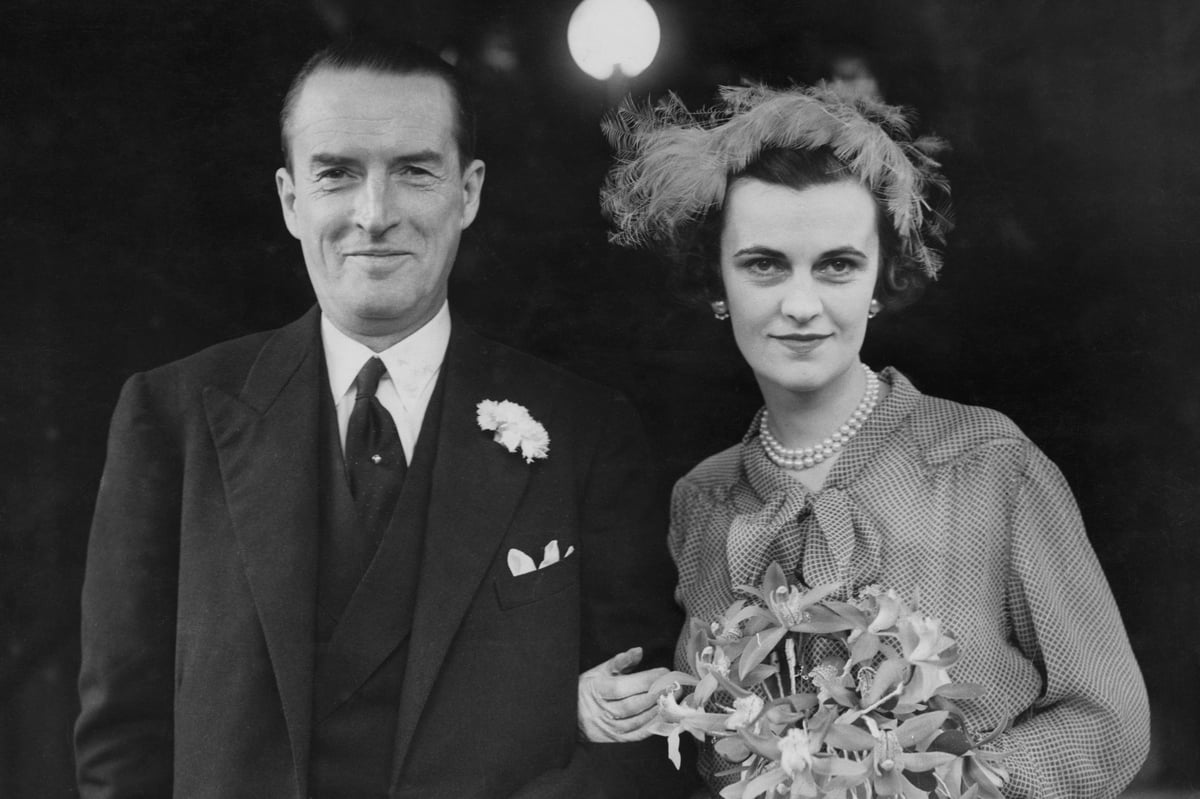 As shown in A Very British Scandal, Margaret forged a letter from Louise telling the Duke his sons were from an affair in an attempt to have them deemed illegitimate and unable to inherit any titles or Inveraray Castle. She then attempted to find a baby she could pass off as their own.

She also - famously - had lots of affairs, though the Duke was also unfaithful.

By 1958, the pair were leading separate lives in London and Scotland, and Margaret's father had refused to continue paying the Duke's bills.

That year, while Margaret was in New York, the Duke employed a locksmith to pick the locks of a private drawer in their Mayfair property. Here, he found diaries and polaroids that proved her infidelity and formed the basis of their 1963 divorce case.

Among the evidence were photographs that showed Margaret naked, besides her famous three-strand pearl necklace, performing oral sex on a man, whose head was not in frame.

The Duke and Duchess of Argyll's divorce trial.

At their divorce trial, the Duke of Argyll claimed Margeret had as many as 88 lovers outside of their marriage, including two government ministers and three members of the British royal family.

This number was later revealed to be inflated, as many of the men named were gay. Margaret had remained quiet on this to protect them from authorities, as homosexuality was illegal.

The divorce case gripped the nation and became major tabloid fodder, especially as the private photographs became admissible as court reporting. She became known as the 'dirty duchess'. 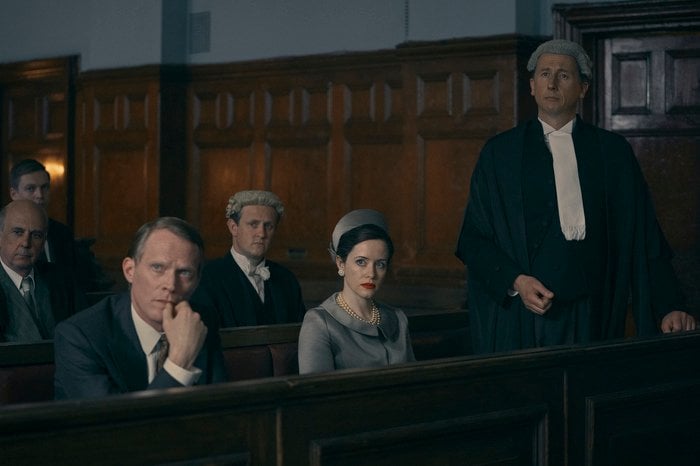 The polaroids in particular captured the press' imagination, though the identity of the 'headless man' was never revealed. Several names were speculated on, including then Minister of Defence Edwin Duncan Sandys, son-in-law of Winston Churchill, Hollywood legend Douglas Fairbanks Jr, and American airline sales director Bill Lyons.

Margaret initially claimed it was the Duke in the photos, which meant he had to undergo an examination by a doctor to compare genitals. They concluded it was not him.

Margaret then went to her grave without confirming his identity, though she once famously hinted that the only polaroid camera in Britain at the time the photos were taken belonged to the Ministry of Defence.

The judge granted the divorce and ordered Margaret foot the £50,000 bill, which at the time made it the most expensive British divorce in history.

In his closing statement, he said Margaret "was a completely promiscuous woman" who engaged in "disgusting sexual activities".

"Her attitude to the sanctity of marriage was what moderns would call 'enlightened' but which in plain language was wholly immoral."

What happened to Margaret afterwards?

Despite being hounded and disparaged daily, Margaret refused to back down out of principle. As such, it became one of the longest and costliest divorces in British history up until that point. 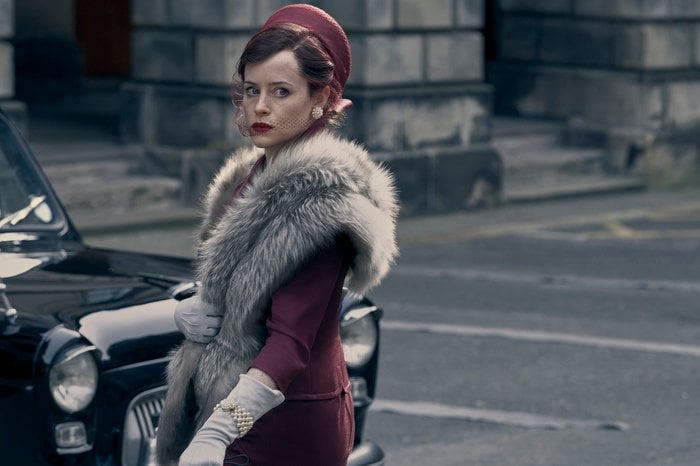 In 1975, Margaret published a memoir called Forgot Not, which was reviewed negatively and criticised for its 'air of entitlement'.

With her fortune diminished, she opened her London home at 48 Upper Grosvenor Street to the public for paid tours before being forced to move to a suite at the Grosvenor House Hotel.

In 1990, she was unable to pay the hotel bills and was evicted.

Margaret died in 1993 after a fall in a London nursing home. She was buried alongside her first husband, Sweeny, who had died only four months earlier.

She was largely penniless at the time of her death.

Meanwhile, the Duke remarried in 1963, shortly after their divorce was granted, to wedding heiress Mathilda Coster Mortimer. They remained together until his death in 1973.

A Very British Scandal is streaming on Amazon Prime Video from April 22.