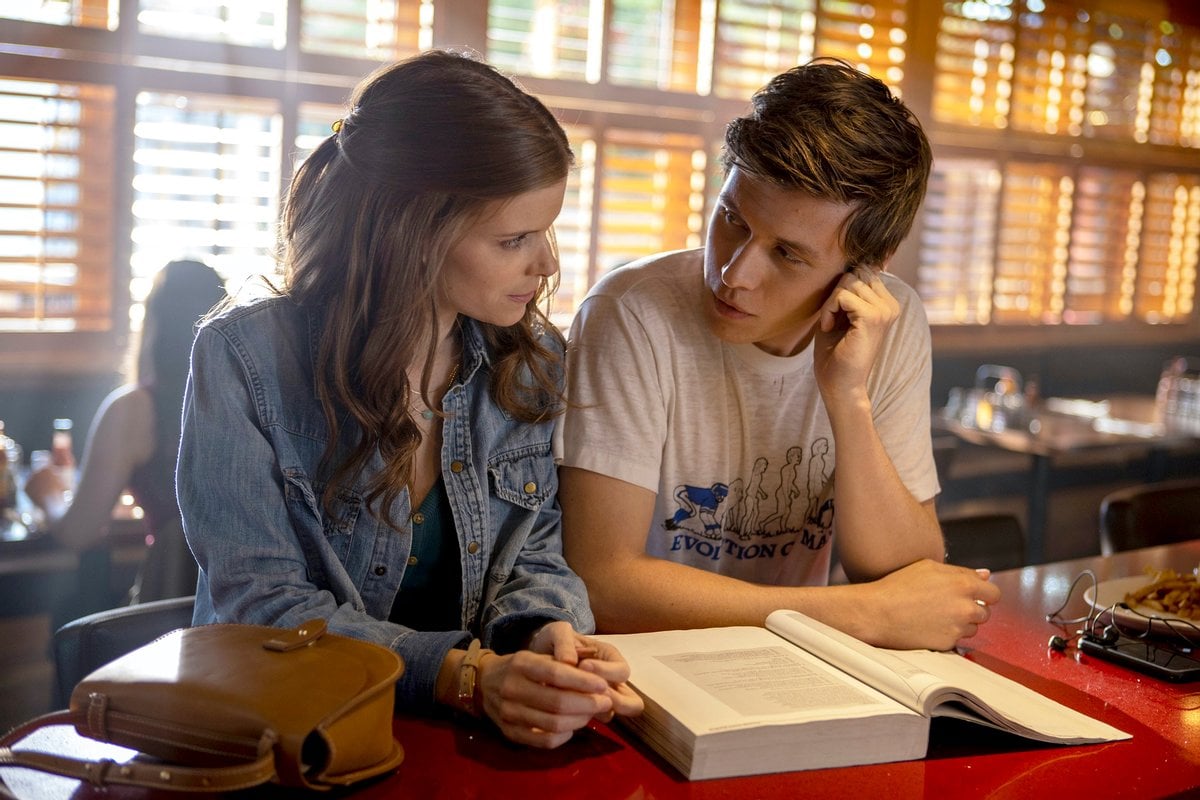 If you saw a scene from A Teacher without context, you'd probably assume that it was just another typical romantic drama series.

Watch the trailer for A Teacher below. Post continues after video.

But once you know the full story, the new miniseries becomes deeply unsettling.

The compelling yet deeply disturbing 10-part series, which first premiered in the US in November, is finally able to be watched in Australia on both Foxtel and Binge.

A Teacher kicks off when Claire Wilson (Kate Mara), an English teacher in her thirties, starts her first day of work at the fictional Westerbrook High School in Austin, Texas.

After starting at the school, Claire meets Eric Walker (Nick Robinson), a 17-year-old high school student who is desperate to get into his dream college, the University of Texas.

Later on in the series, Claire's husband, Matt (Ashley Zukerman), leaves on a business trip. Alone and bored, Claire decides to visit a local restaurant.

Coincidentally, Claire runs into her new student, Eric, who works at the diner. 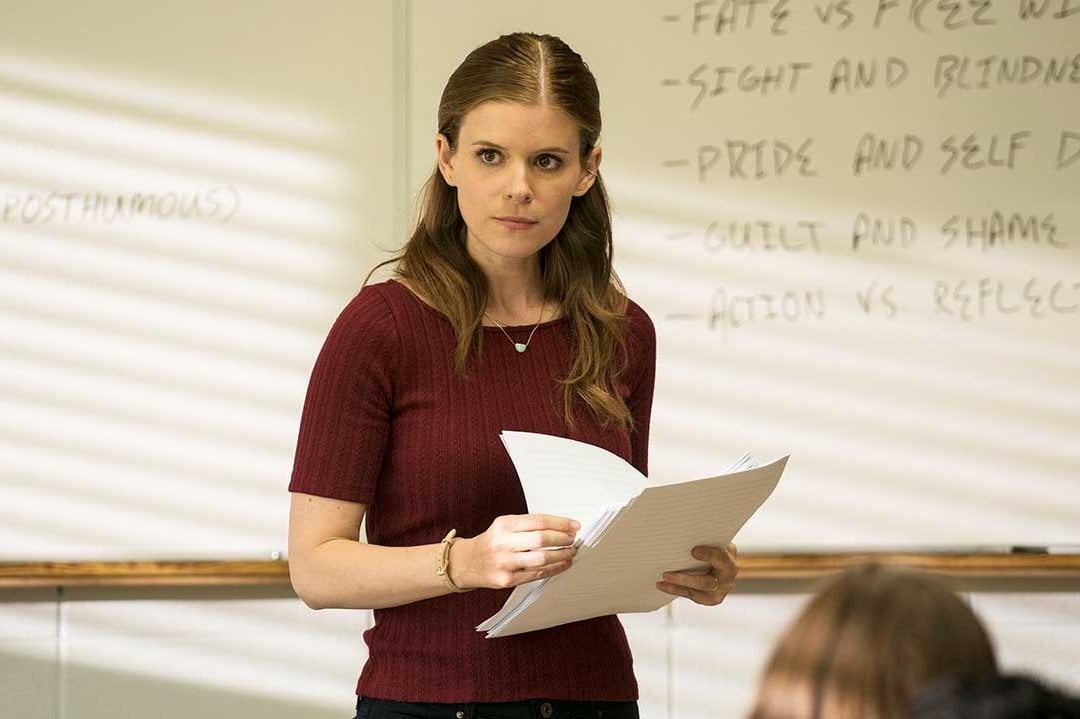 Kate Mara as Claire Wilson in A Teacher. Image: Foxtel.

After sharing a grilled cheese sandwich, Claire offers to tutor Eric as he's struggling to increase his exam scores.

It's from this moment forward that things turn uncomfortable. In fact, when A Teacher first aired in the US, the series featured a warning that it depicted situations of grooming.

While the series is fictional, many elements from A Teacher mirror actual cases of teacher-student abuse.

"A Teacher is a fictional story, but its portrayal of abuse and trauma are real for many young people," Kate Mara told Time. "It is never okay for a trusted adult to use their relationship with or authority over a young person to manipulate them into sexual activity."

After their first meeting at the diner, Claire drives Eric home. And in the weeks that follow, Claire continues to find ways to get close to her student, giving the viewer a lesson in what predatory grooming behaviour actually looks like.

As the series continues, Claire and Eric become deeply involved in a manipulative and damaging relationship.

In scenes that will undoubtedly make your stomach churn, the pair steal shared moments in the backseat of Claire's car and even run away for a secret weekend trip for Eric's 18th birthday.

Before long, however, it becomes clear that Claire and Eric's illicit affair will have lifelong implications for both parties involved.

And as Claire and Eric's secret is inevitably exposed, their lives unravel in very different ways. 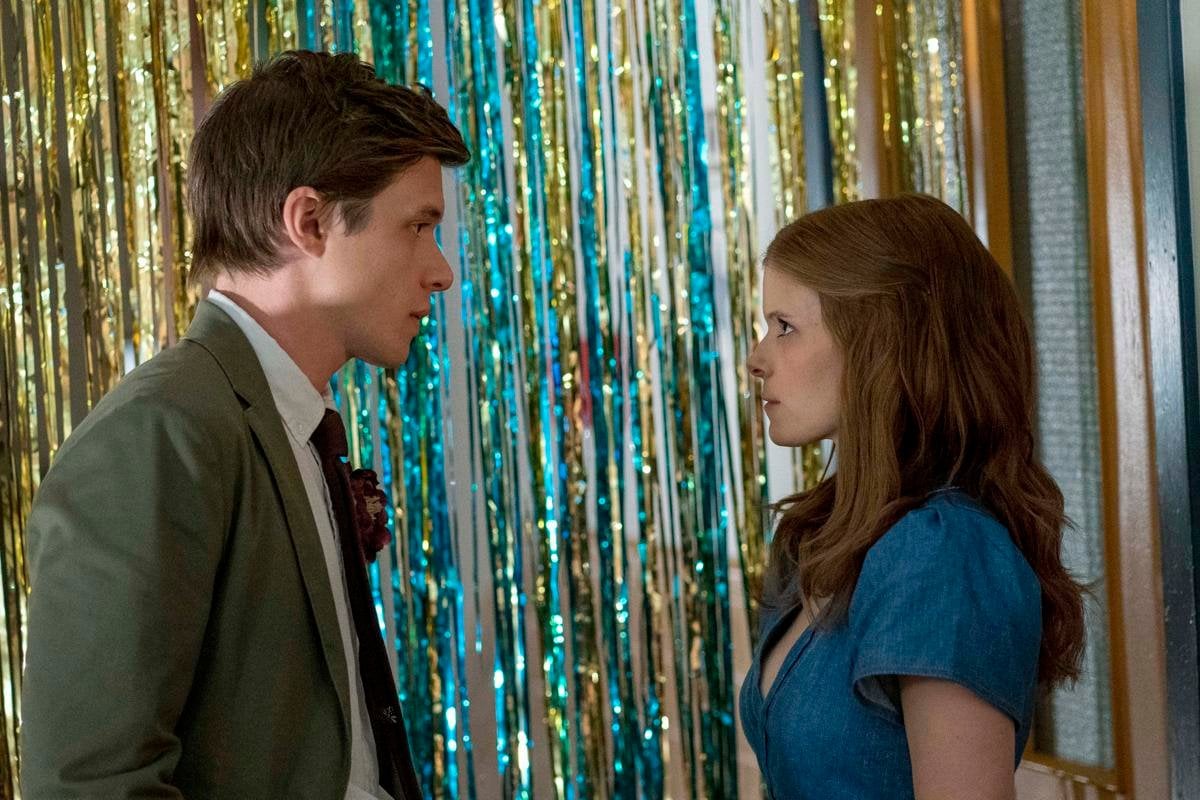 Nick Robinson as Eric Walker and Kate Mara as Claire Wilson in A Teacher. Image: Foxtel.

Besides Hannah Fidell's film of the same name, there aren't many shows that have delved into this subject matter – especially from a male victim's point of view.

There are 10 episodes, ranging from 20 to 30 minutes long. All 10 episodes are available to watch on Binge or Foxtel On Demand now.

Kate Mara has confirmed that the limited series won't return for a second season.

"I wish we were doing three more seasons of it, but I don’t know how we would continue unless there was no time passing at all, because we’re both playing sort of older than we are [at the end]," she said, according to Screen Rant.

"Hopefully it opens the door to telling more stories from different points of view. This one, specifically coming from the male victim’s point of view, which is very, very rare and important because then it makes it less, hopefully, less taboo for men who have had experiences where they are the so-called 'survivor victim,' that it’s less rare to talk about." 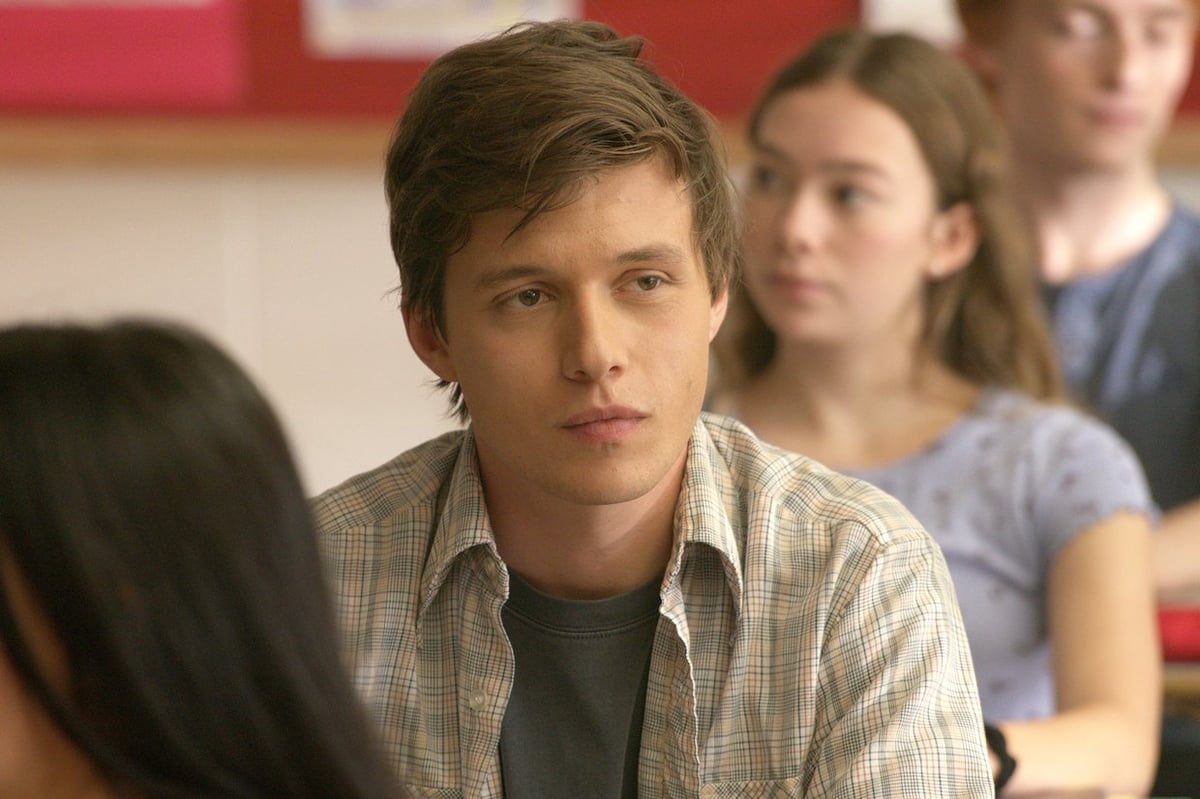 Nick Robinson as Eric Walker in A Teacher. Image: Foxtel.

Although A Teacher is a stomach-churning and often unsettling watch, the series carefully explores an illegal teacher-student relationship without tipping the scales towards glorification.

Unlike other TV shows that have seemingly romanticised teacher-student relationships, including Pretty Little Liars, A Teacher takes an honest look at how a female teacher used her authority and power to start an illicit relationship with her student.

While the #MeToo movement has been a prominent factor in the media for several years, many people still do not understand what grooming is.

Although A Teacher is a difficult watch, it gives the viewer an important lesson in what predatory grooming behaviour actually looks like, presenting a cautionary tale about the trauma associated with student-teacher affairs.

It must be noted, however, that A Teacher isn't suitable for everyone.

As mentioned earlier, A Teacher featured a warning that it depicted situations of grooming when it first aired in the US.

Likewise, in Australia, each episode starts with a card with the Lifeline number.

Reply
Upvote
Funny. If this show were the other way around women would be screeching everywhere for it to be taken down and for the services that stream them to be boycotted as well. No I will not be watching it, thanks. Grooming is grooming, end of story.