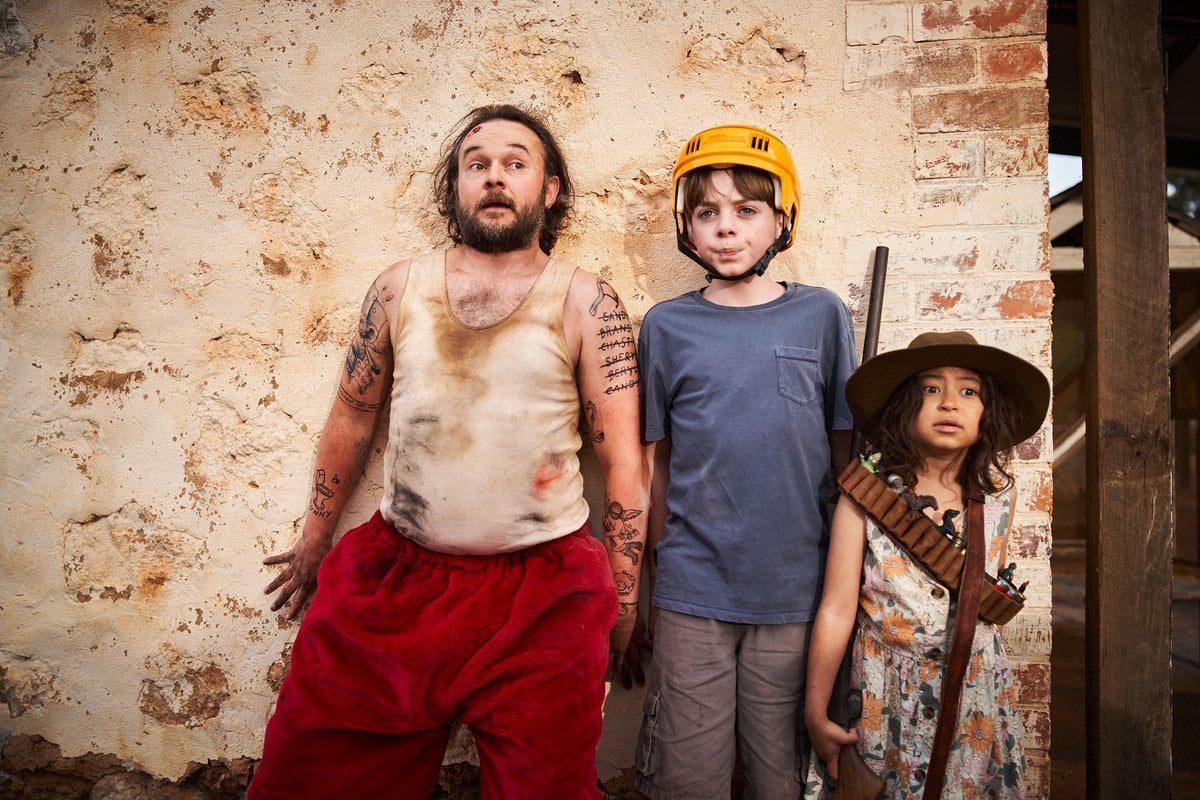 We're halfway through December and for the past few weeks you've probably been surviving on a diet of cheesy American Christmas movies.

You've watched countless big city girls return to their hometowns for the holiday period only to fall in love with their high school crush/the boy next door/the vice president of the big bad corporation who wants to shut down the town's beloved independent bookstore.

You've watched several workaholic women travel across the world to take over an inn or a cafe only to butt heads with the ridiculously good looking chef/handyman, before falling madly in love with them and learning the value of slowing down and enjoying the simple things in life.

You've watched Hugh Grant dancing through the halls of 10 Downing Street. You've even watched the bloody McCallisters leave their 10-year-old son at home while they fly across the country. Again.

But you're yet to find a movie that captures the unique experience of Christmas in Australia.

The heat. The drought. The grief. The Aussie larrikin humour. And the unstoppable Aussie spirit that can triumph over even the biggest of setbacks.

That's where Stan's Original Film A Sunburnt Christmas comes in.

WATCH: The trailer for Stan's Original Film A Sunburnt Christmas. Post continues below.

This new comedy is directed by Christiaan Van Vuuren (known for being one half of the Bondi Hipsters, who have reunited in the Stan Original special Dom and Adrian: 2020; as well as Stan's The Other Guy) and it tells the story of a single mum (Ling Cooper Tang) and her three children Hazel (Tatiana Goode), Tom (Eaden McGuinness) and Daisy (Lena Nankivell), who live on an outback property in rural South Australia.

The family is struggling to keep the farm going under the relentless drought conditions, mum is obsessed with fixing the broken windmill, Hazel is taking on more than a kid her age should have to, Tom is convinced everything can kill him, and Daisy is shooting passing clouds with her dad's old shotgun, hoping to make it rain.

With their mum still grieving the unexpected death of her husband a year earlier, Hazel and the younger kids try to delay the foreclosure of the farm when the bank's assistant manager comes knocking a few days before Christmas. 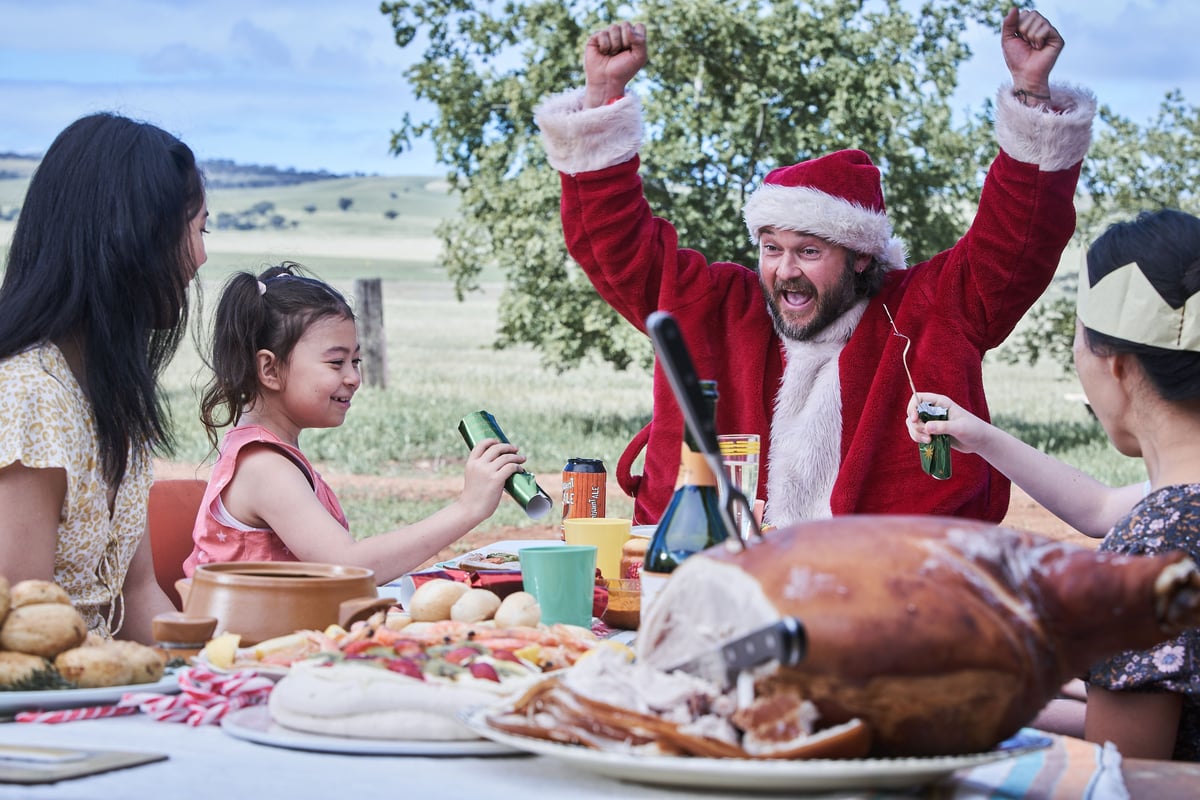 Christmas lunch on the farm. Image: Stan.  Then their lives get a little bit of a shakeup when Daryl (Daniel Henshall from Stan's Bloom), a runaway criminal dressed as Santa Claus, crashes into their property and becomes a part of their lives.

Things are further complicated by a mobster named Dingo (Sullivan Stapleton from Ride Like A Girl) who's on the hunt for Daryl and will stop at nothing to track him down.

And just as Daryl feels part of the family, and they sit down for a traditional Aussie Christmas lunch in the blaring sun, all hell breaks loose in the most entertaining way possible.

A Sunburnt Christmas is a new classic Christmas movie with a truly Aussie twist.

It proves that in Australia, Christmas isn't about corny holiday romances and mugs of eggnog near the fire, it's about family, triumphing over adversity, and having a laugh even when the odds are stacked against you.

Because nothing quite says Aussie Christmas like a criminal Santa on the run and a kid shooting clouds with a shotgun.

The new Stan Original Film will make you laugh, cry, and look even more forward to your own sunburnt Christmas.

The Stan Original film A Sunburnt Christmas is now available to stream, only on Stan.