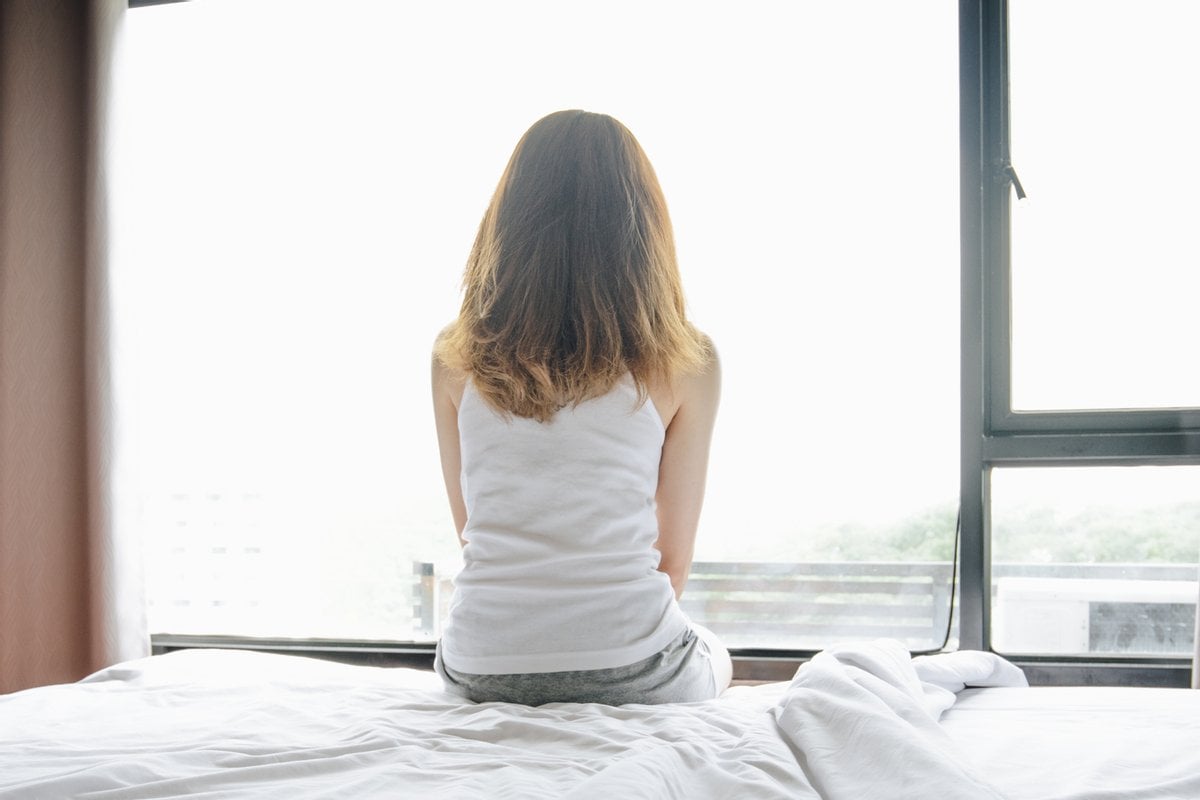 To the woman whose husband I slept with:

You don’t like me… and for very good reason. I met your husband 10 years ago, way before dating apps were even a thing.

I was seeing a guy and while he told me we were exclusive, I later found out that was not the case.

So out of spite, I jumped on a dating website. I thought the best way to get over him, was to get under someone else.

At this stage, you hadn’t met your husband yet. Let's refer to him as 'B'.

That wouldn’t happen for another two years. He and I were seeing each other for roughly six months... but at that point in my life, I had no idea what I wanted and had no idea how to even begin to untangle the myriad of issues that were going on in my head.

I thought I wanted the traditionally handsome guy who made good money, who could sweep me off my feet, you know? Disney kind of sh*t.

B was ready to give everything to me, he was all in – but I was not. I needed danger, and attention, and loved boys who didn’t want to date me because I saw them as a project. Who doesn’t love a fixer upper?

"Oh, you don’t like me now? That’s fine, I’ll just hang around until you do."

"I’ll just 'be in the area' until you love me. You’re not interested? That’s okay, eventually we will end up dating."

That’s exactly what happened with the other guy I chose over B.

There were a million ups and downs between B and I, over our 10 years of friendship. I didn’t want him when he wanted me, but as soon as he stopped giving me attention, I’d find some way to get it back—just because I could.

I don’t remember the exact moment I found out about you, but I’m sure I was in a relationship and only started to care as soon as I was single again.

He and I would catch up for drinks on the odd occasion... and what would start innocently would always end up with us making out like two teenagers who didn’t care where we were, or who was watching.

You actually once messaged me on Facebook asking if he was saying inappropriate things to me.

He was. But I told you he wasn’t, and that lie came so easily.

At this point in time, I didn’t engage with him because I was in a relationship in another state.

A few years later, I moved overseas and for those four years we lost contact.

That said, following a break-up, a little voice in my head said, "I wonder what B is up to?"

I should’ve ignored it but I didn’t because after falling down a rabbit hole of social media stalking, I found out he married you 18 months earlier.

My heart sank. I felt a pang of jealousy, of nostalgia, and I wondered, had I made a mistake all those years ago?

I decide to act on the little voice in my head.

I reasoned with myself that if things were good, he wouldn’t reply to my message But he did reply. And what followed was a lot of flirting, and inappropriate comments that a married man should not make.

It felt safe, and was so on brand for us, like no time had passed at all.

We’d both been through our own traumas recently - me with my break-up and him losing his brother. We bonded all over again.

We had long phone calls and text conversations, fuelled by years of longing and wanting.

Then I came back home to visit, and we arranged to go for drinks. To be completely honest, I knew there would be a lot of flirting and maybe some cuddling—and I was right.

But what I wasn’t prepared for was what happened when he dropped me home. As I turned to say goodbye, he grabbed my face and kissed me.

He told me he'd had feelings for me for 10 years. Would it surprise you to know up until this point we’d never slept together?

That changed that night. I knew it was wrong, but with 10 years of foreplay, it was honestly one of the best sexual experiences I’ve ever had.

It was tender, intimate and romantic—but also passionate and hot. How could something so wrong feel so right?

And then he left the hotel room, to go home to you and I have never felt such shame and disgust. Unfortunately in that moment, I didn’t end things. I tried for three months to stop, but I kept getting drawn back in.

He told me he loved me and wanted to be with me… but he’s still with you. So I’ve let him go from my life.

I will never allow myself again to be someone’s second choice.

You may be sitting there thinking, how could you? Homewrecker! And believe me, for every judgemental thought you’re having, I’ve had 10 more about myself.

I hope he is good to you, and showers you with love and affection. I hope he gives your marriage his all.

I care deeply about him and always will, but I am also sorry. I doubt he will ever tell you any of this ever happened. I’ve sat and wondered, if I was in your shoes, would I want to know this?

Telling you would open the biggest can of worms. I know that if you ever do find out, it may just kill you.

But I often wonder which is worse - the deception or the knowing?