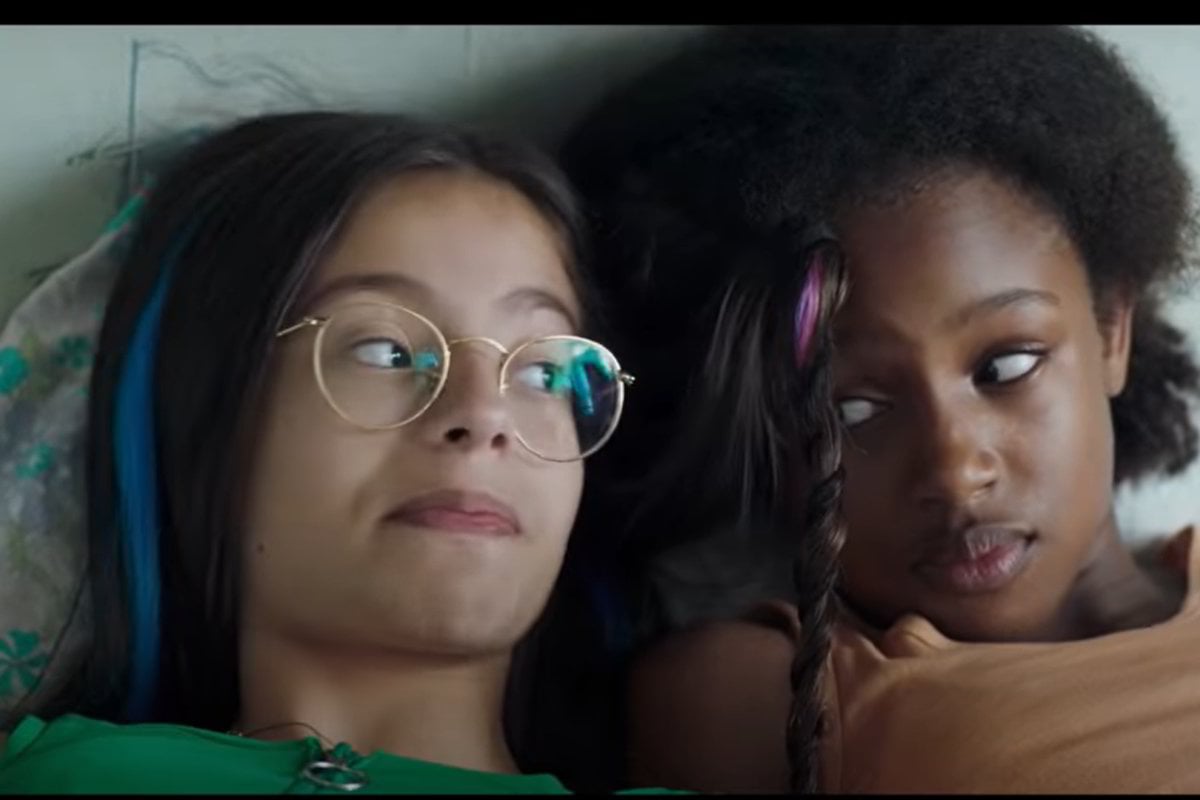 When Netflix added the award-winning film Cuties to its line-up, the move should have been a slam dunk for the streaming service.

The movie, which was written and directed by French-Senegalese filmmaker Maïmouna Doucouré in her feature film debut, premiered in the World Cinema Dramatic Competition section of the 2020 Sundance Film Festival where Doucouré won the Directing Award and received general praise from critics.

Yet when Cuties was added to Netflix in September the critical praise was quickly overshadowed by a chorus of voices calling for its removal.

The hashtag #CancelNetflix was the No. 1 trending topic on Twitter in the US and quickly gained traction in other countries. A petition was then started on Change.org calling on Netflix customers to cancel their subscriptions as a way to boycott Cuties and other content on the streaming service "that exploits children and creates a disturbing vibe".

The petition currently has more than 647,000 signatures.

Listen to The Spill hosts explain the Cuties backlash and why there is more to the story than just a viral hashtag.

But to understand the growing backlash around the film, you need to first look back at how it all began.

Cuties is a coming of age drama about an eleven-year-old Senegalese immigrant named Amy (played by Fathia Youssouf) who lives in one of Paris' poorest neighbourhoods with her two younger brothers and her long-suffering mother.

Bound by her gender and her religion, Amy feels suffocated in the world she is growing up in, now made even worse by witnessing her mother’s humiliation over the fact that Amy’s father just got engaged to a second woman back in Senegal. A woman he now plans to bring to France to live with Amy's family in their small flat.

As an escape from her life and upbringing, Amy becomes fascinated by and ultimately joins her neighbour Angelica's twerking clique called 'Cuties'.

The adult-style dance troupe is made up of pre-teen girls practicing for a competition where they wear revealing outfits and perform suggestive dance moves to a shocked audience.

There’s obviously, however, a lot more nuance and scope to the story of Cuties beyond just zoning in on young girls performing in an adult manner.

The movie is also a searing examination of what it feels like to be caught between two worlds, how society conditions women to feel that their only currency is sexuality and the extreme damage this can cause.

The interesting twist in the Cuties backlash is that ultimately, both the creatives behind the film and the people protesting it are all vehemently on the same side.

They both believe that the sexualisation of young girls is wrong but differ in their opinion of how this should be explored and discussed.

In fairness to the protestors, Netflix's initial promotional roll-out for Cuties planted the seed for the outrage that was to follow.

The artwork for the film initially depicted the movie's main characters, four adolescent girls, wearing revealing dance outfits and posing provocatively, which drew backlash from the public who argued that the out of context poster was sexualizing little girls in order to drum up publicity.

Dear @netflix this is utterly deranged. Please explain how this got made and why you think it’s okay to sexualise young girls? #Netflix #cuties pic.twitter.com/4lJXNvjVAf

Netflix apologised for the error, withdrew the artwork and film description and in a statement to Variety said, "We’re deeply sorry for the inappropriate artwork that we used for Cuties. It was not OK, nor was it representative of this French film which premiered at Sundance. We’ve now updated the pictures and description”.

But while the streaming service may have reneged on the initial promotion, they have not wavered in their support of the film, refusing to remove it from the platform.

"Cuties is a social commentary against the sexualization of young children,” a Netflix spokesperson said in a statement to media. “It’s an award-winning film and a powerful story about the pressure young girls face on social media and from society more generally growing up — and we’d encourage anyone who cares about these important issues to watch the movie.”

It's true that viewing Cuties is a proudly uncomfortable experience, watching the young stars of the film act in a story with such adult overtones and sexualization at its core.

Yet, that's exactly how filmmaker Maïmouna Doucouré wanted you to feel.

The award-winning director set out to create a film that would explore the uncomfortable conversation around the hyper-sexualization of children that happens through social media.

In creating Cuties, Doucouré drew on her own life experiences to weave together the story and also met with hundreds of pre-teens to understand how they perceived their femininity in today’s society so ensure that the topic was accurately represented.

Ultimately, the issue she was attempting to highlight is what triggered the backlash.

Cuties is in no way a perfect movie, and there is the justified concern that the young actresses portraying these characters on screen were placed into sexualized situations and costumes in order to create the film.

But the important takeaway here is to focus on the issues discussed in the film and the filmmaker's intent, with an understanding that the conversation around Cuties is about more than just a viral hashtag.

If you wish to watch Cuties, it is now streaming on Netflix. It is rated MA15+ .

Reply
Upvote
1 upvotes
It's ridiculous how much outrage this movie has caused in the USA. The morally bankrupt trying to prove they are morally superior. The sexualiation of children is part of American (and Western) culture, it's in music, movies, fashion and it's encouraged by social media. Anyone outraged by this seen Dance Moms? Or Toddler's and Tiara's? Seen an 5 year old shaking her butt for a panel of judges? A movie pointing this out isn't the problem. This is reality for 11 year old girls, and younger.
S
snorks 2 years ago

Reply
Upvote
@laura__palmer
Seems to me they are being consistent.
'Dance Moms' - The show called 'a playground for pedophiles?'
'Toddlers and tiara's' - That one was called a 'pedophiles delight'.
L
laura__palmer 2 years ago

Reply
Upvote
@snorks Yes, and they are little girls who are actually being exploited. This is just a movie highlighting that, where the kids involved were given counseling throughout the movie,  counseling which is still happening, I believe, as the director wanted to make sure that the girls were supported emotionally, both because of the themes of the movie and to handle the attention after it came out.
Also, the outrage around this has been generated by Qanon, and it comes from people who haven't seen it.
If you haven't watched it, I'm not interested in continuing a discussion with you, either. It's pointless, as people who haven't watched it don't know what they are on about.
And, no 'they' aren't being consistent (who is they?). Dance Moms ran for 8 years, only finishing last year. I never saw a huge social media movement to ban it or cancel Lifetime. Beauty paegents are still running, too. If there was consistency, we'd see a huge call for those to be shut down.
S
snorks 2 years ago

Reply
Upvote
@laura__palmer Definitely not going to argue that this isn't part of our culture, it obviously is. Only that people have been arguing against the other programs you mentioned.
There's plenty of people trying to get that sort of thing shut down. You not seeing them is not proof they don't exist.
K
kathp 2 years ago

Reply
Upvote
1 upvotes
Maybe society is finally catching on.
Collective Shout has been calling out the sexualisation if girls for over a decade, including getting rid of child pageants in Australia. Interestingly they are completely opposed to the showing of this film.
K
kathp 2 years ago

Reply
Upvote
5 upvotes
It is hard to see how a movie that sexualises children is really the best way to argue against sexualising children. Was there truly no other way to bring attention to the cause?
S
snorks 2 years ago

Reply
Upvote
1 upvotes
@kathp I think they way it happened in Little Miss Sunshine was good. So totally out of left field!
C
cat 2 years ago

Reply
Upvote
@kathp how do you fix an issue by ignoring it? We tried that approach with child abuse and domestic violence for a few hundred years, it didn’t turn out great.
<
<deleted> 2 years ago