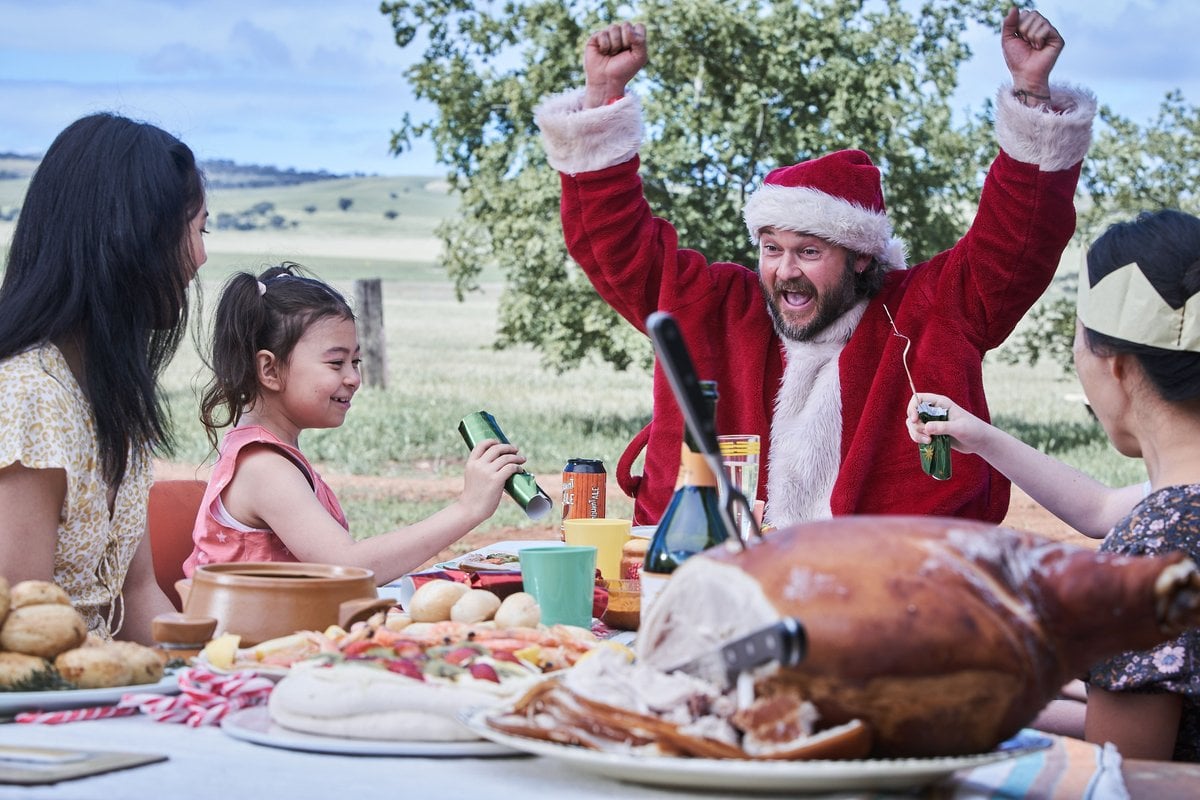 The new Stan Original Film A Sunburnt Christmas is now available to enjoy, but for the people working behind the scenes, it has been a true labour of love.

The new Stan comedy was directed by Christiaan Van Vuuren (known for Bondi Hipsters and Stan's The Other Guy) and tells the story of a single mum and her young kids who are living on an outback farm and going through a rough moment in their lives.

Everything is then turned upside down when Daryl (Daniel Henshall from Stan's Bloom), a runaway criminal dressed as Santa Claus, crashes into their property in search of a secret he has hidden there, but is mistaken for the real Santa by the youngest of the kids, Daisy (Lena Nankivell).

Also in the mix are Daisy's older siblings Tom (Eaden McGuinness), a very anxious child, and her wily teenage sister Hazel (Tatiana Goode), who sees Daryl's unexpected arrival as an opportunity to get her troubled family back on track.

Things are further complicated by the fact that a mobster named Dingo (Sullivan Stapleton from Ride Like A Girl) is on the hunt for Daryl and will stop at nothing to track him down.

A Sunburnt Christmas is a holiday movie with a distinctive Australian twist, a welcome change from the slew of American movies many of us grew up with that looked nothing like our own lives and celebrations.

Take a look at the trailer for the new Stan Original Film A Sunburnt Christmas, now streaming.

When the film was first announced Christiaan Van Vuuren said, "I hope this movie is a Christmas present to all Australians after such a hard year," and this was certainly the sentiment carried by the cast and crew throughout filming.

After a year where the COVID-19 pandemic shut down many of Australia's TV and film productions, the team behind Stan's A Sunburnt Christmas rallied late in 2020 to shoot the movie over a quick time frame and worked intensely to have it ready for the holiday season.

Fake Santa Claus himself, Daniel Henshall, told Mamamia that the brutality of 2020 and the promise of Christmas was what kept the team going on set during those long days.

"There was not one person on that set who was not happy every day," he said. "It was a pretty intense shoot, the weather was very temperamental and we had 20 days to shoot the entire movie which is incredibly fast.

"But everyone gave their all because that was the energy we had. We were just grateful to be making a film that was going to affect people in a positive way.

"The Australian population have been through one of the most difficult years in recent history, with the bushfires and the pandemic, so that really drove us and pulled us up when things were exhausting or frustrating.

"Everyone felt buoyed by that feeling of being so lucky to be working on a movie like this for Australia."

When it comes to the storyline and humour of A Sunburnt Christmas, Daniel said that the movie captures a particular side of Australia.

"The characters are quintessentially Australian characters," he said. "The comedy and the sentiments in the film are very Australian. There’s a lot of self-deprecating humour, a look at the ridiculous way we take the piss out of each other.

"A Sunburnt Christmas just has some truly cracking jokes that have universal appeal, but the humour is set here right in our very own backyard. Look, it’s a film that doesn’t pull punches with its humour, it’s pretty blunt." 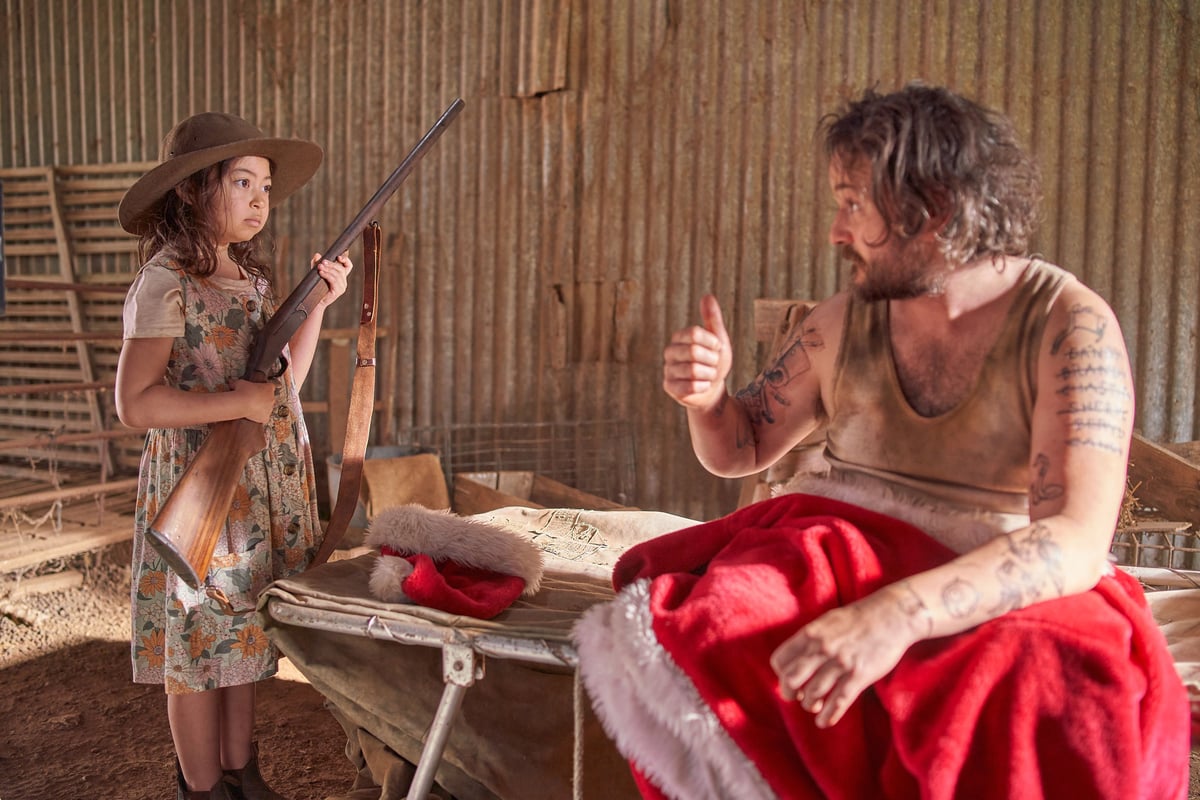 Going into the film, Daniel said he was aware of the classic showbiz saying - 'never work with animals or children' - but the experience turned out to be just the opposite.

"They’re all brilliant humans, firstly, but all three of them are really talented actors," he said, speaking of his young co-stars. "You know, there’s that old age adage that you should not work with children because they’re difficult but it was not like that at all.

"A lot of the other projects I have worked on have been about the darker side of humanity, but this is a rich comedy and the character of Daryl is a true spinner and sh*t talker but somewhere in him he has a good moral fibre.

"Immediately, that part of the story lightens the mood and of course kids always do, they’re so honest about what they’re thinking and feeling.

"It's just a truly unique Australian Christmas movie, set against a sunburnt backdrop and not against something like a snow-filled, mountainous range. We hope people enjoy it."

A Sunburnt Christmas is now available to stream only on Stan.