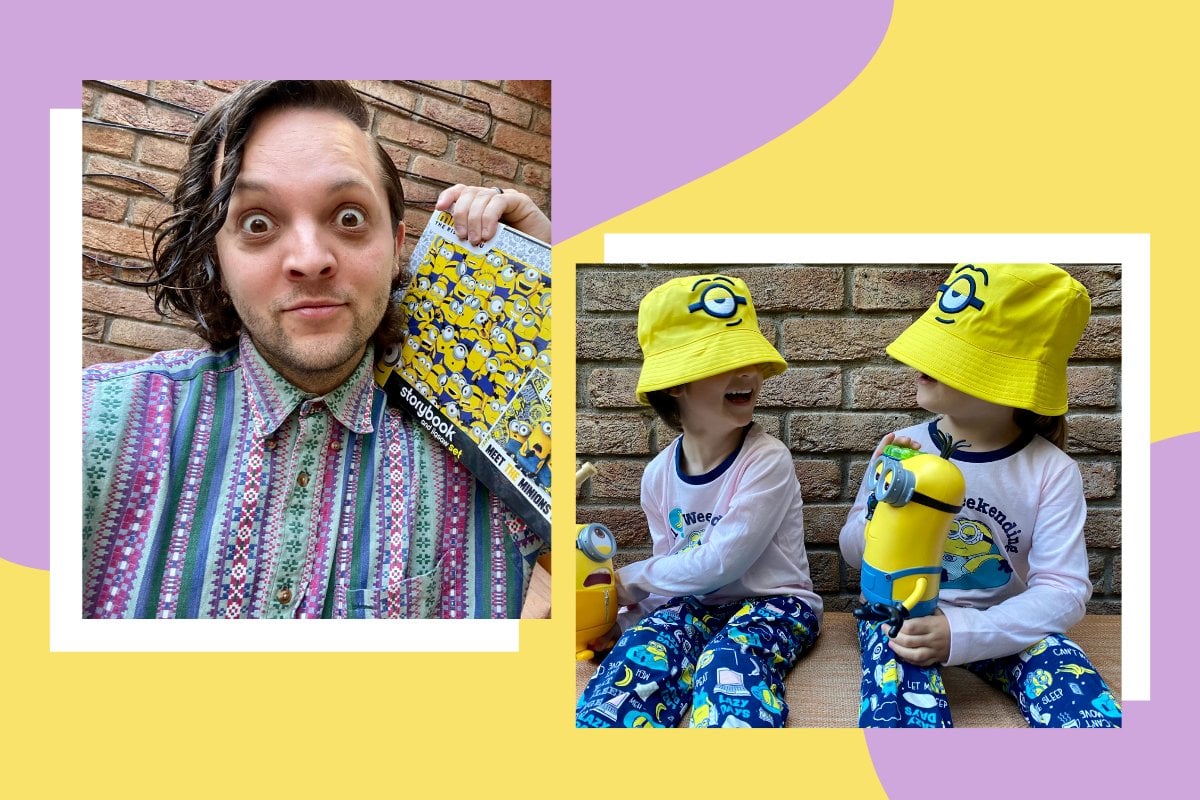 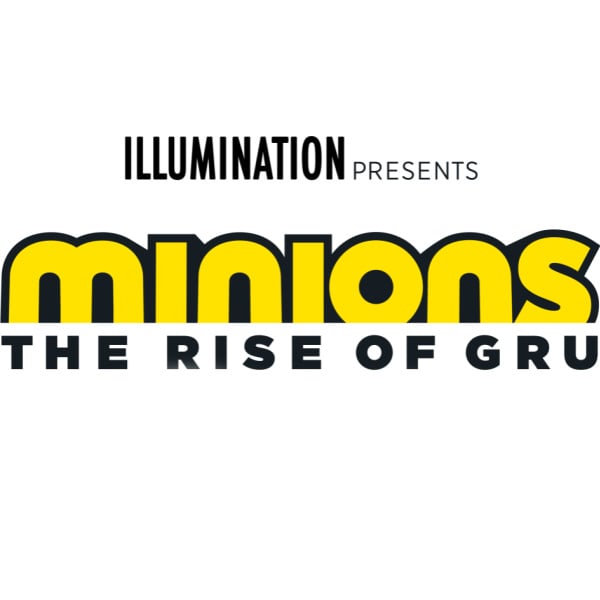 Thanks to our brand partner, Minions

My children are obsessed with Minions.

And when I say “obsessed”, I mean it. This isn’t a harmless friendship. No way. This is a full-blown love affair.

A semi-adorable watch-the-movie-while-wearing-the-costume-and-a-Minions-backpack-that’s-filled-with-Minions-colouring-pages fixation that has left me equal parts confused and relieved. 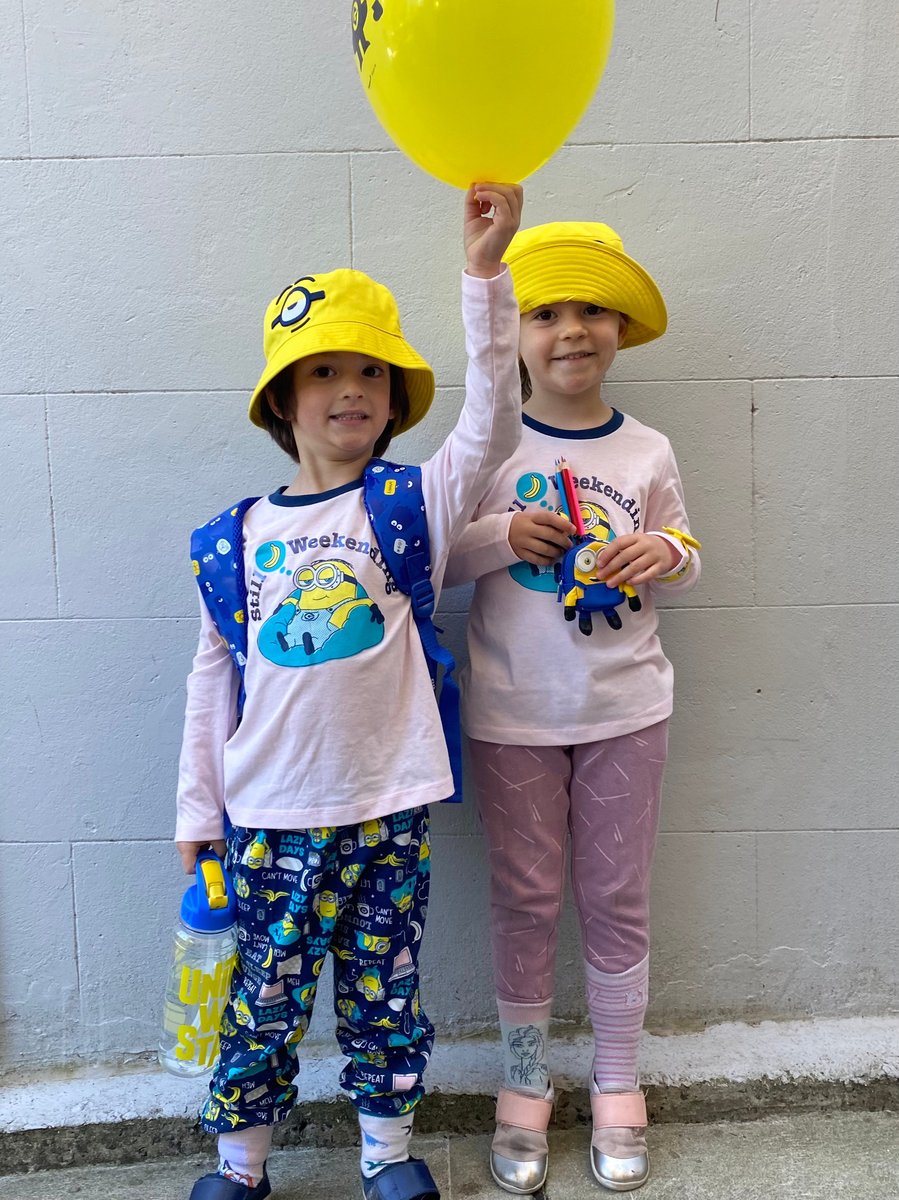 Now that we're on the same page with what kind of “obsession” my four-year-old twins are currently experiencing, I want to speak directly to all the parents with Minion-loving spawn out there.

If you’re anything like me, you’re probably a little confused about your child's fascination with Minions. Sure, they are cute little creatures that look like yellow lollies. And yes, they do ridiculously dangerous things that result in ridiculously painful endings which result in your tiny humans laughing a ridiculous amount. I know, ridiculous!

But, what’s the actual appeal of these evil henchmen?

Well, I decided to find out. 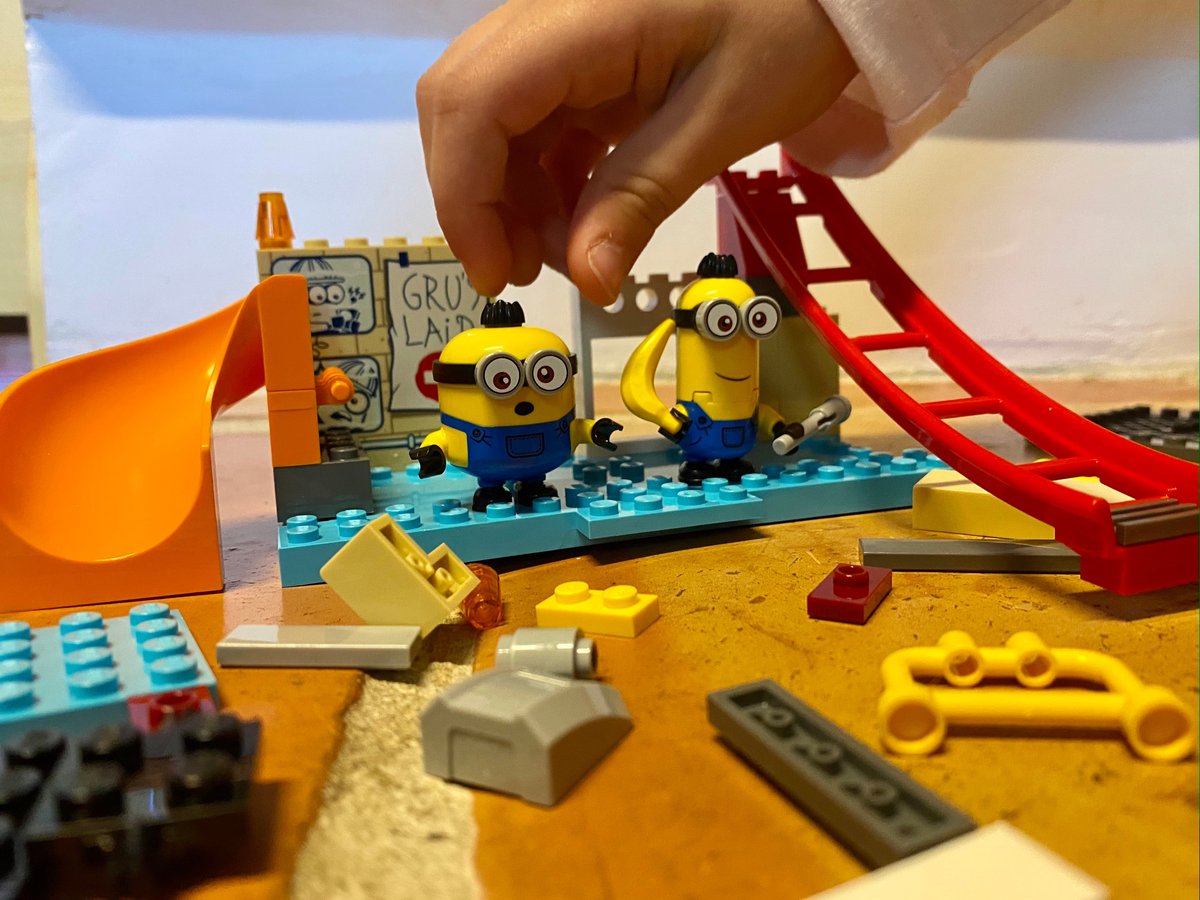 It was shortly before my twins' fourth birthday that I decided to Sherlock Holmes my way through the Land Of The Minions. We had spent a solid few hours combing the Big W and Smiggle websites in search of Minions merchandise.

Somewhere in between ordering matching Minions bucket hats, Minions LEGOs, water bottles, an Imaginext Gadget Lair, colouring pages and a Giant Activity Pad, I turned to my husband and said, “How did these little characters go from being ensemble cast members in a random animated film to a staple in our cultural zeitgeist? Why are these tiny creatures so freaking popular?” 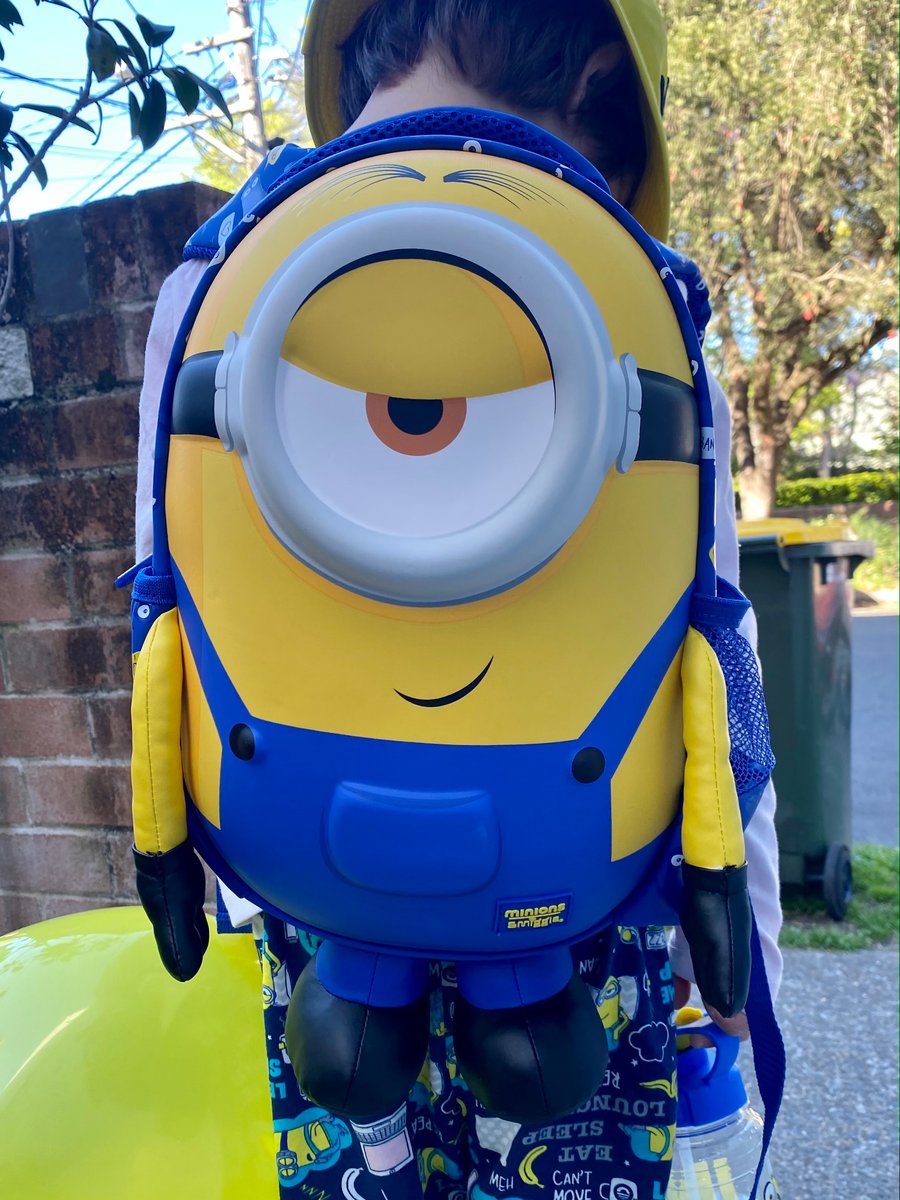 And that’s when the investigatory research – some might call it a therapeutic trip of a lifetime – began.

When one is looking to understand the appeal of Minions, one must quickly immerse themselves in the wild world firsthand. And the very best way to do so – especially if you’re trapped in a lockdown like I am or on school holidays – is by watching the new Saturday Morning Minions video series on YouTube.

It’s a 40-piece digital content series which drops every Saturday at 7am AEST. For someone like me who wants to see these bad boys in action without committing too much time, this snackable series (each episode is less than one minute) allows you to follow the Minions into various situations and then quickly move onto a new video.

Want to see how these evil sidekicks act on a mini vacation? Cool, they have that. Or maybe you want to see them compete in a round of basketball? Yup, they have. Or how about watching them perform in a concert? Yup, they bloody have that too! 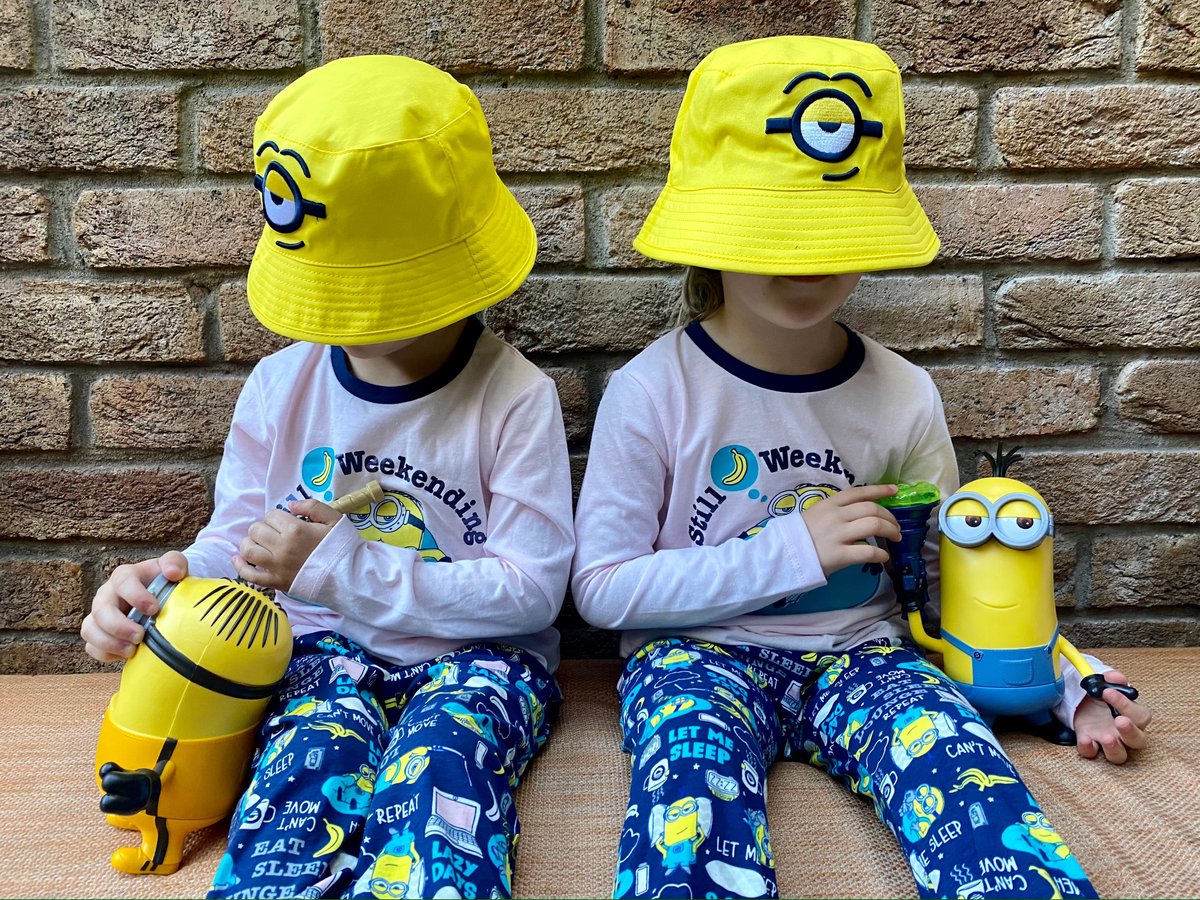 It was while watching that series with my twins that I came to understand a few things about the Minions global appeal.

It’s honestly like watching a foreign-language film, but without subtitles. Their native language (gibberish, according to the creator) is part of their unique appeal. You don’t REALLY know what they are saying, so you make up your own story in your head. This is fantastic for young minds developmentally, as it supports imagination and creativity throughout the viewing process.

2. The Minions are all the same and totally different at the same time.

Sure, they are all yellow. And yes, they all wear goggles and matching overalls. But each one is different in height, hairstyles, accessories and even their eyes (some have one and others have two).

These elements aren’t ever fully explained, but it’s the constant variety, even in movie scenes where you might see a few dozen at a time, that leaves the content so intriguing.

According to my investigation, there are 10,400 Minions. That means you’re almost always being introduced to a new character, which is both exciting and excitingly chaotic for the viewer. If you’re drawn to newness and variety, the Minions are literally designed to give you that in spades. 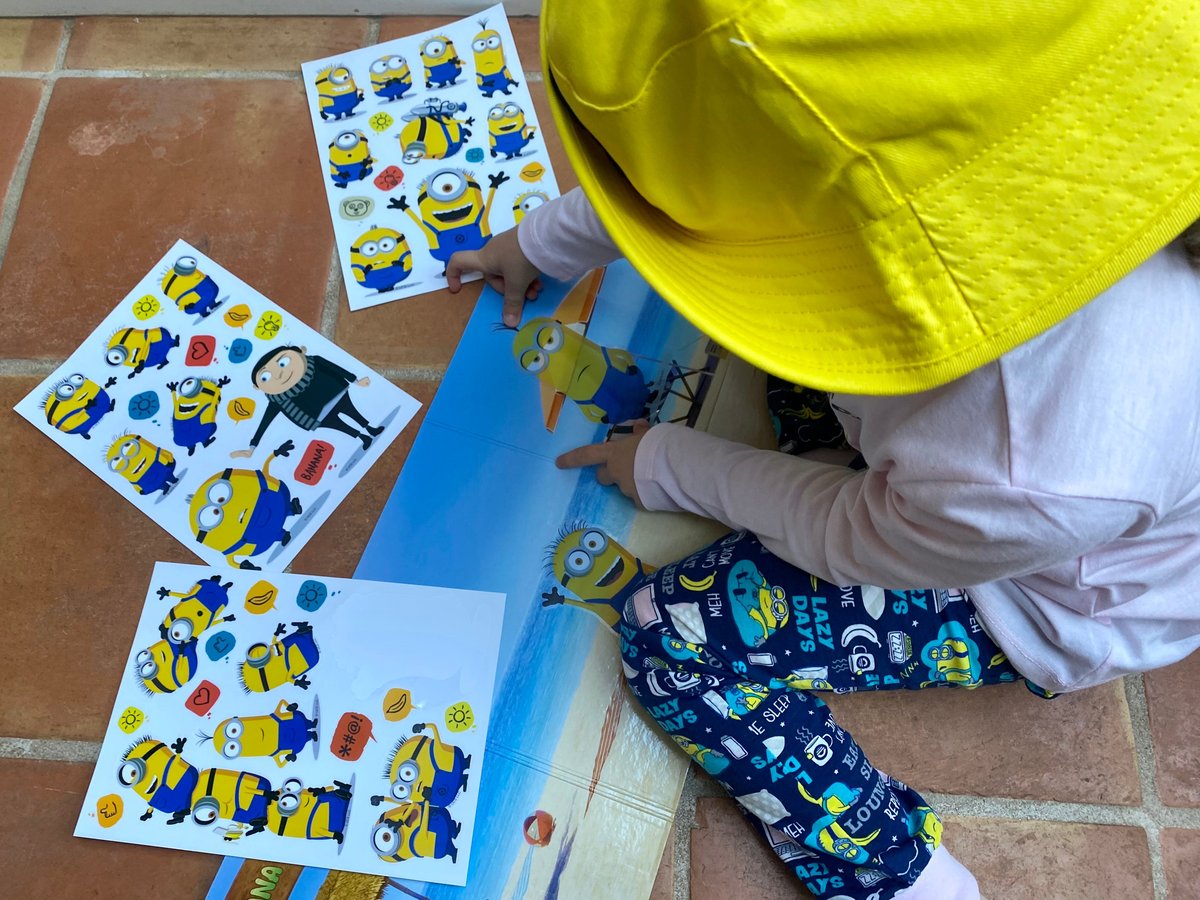 3. The Minions are, well, very silly.

They are almost always getting into trouble, getting hurt or messing up a very important plan. And when you’re a kid, there’s nothing more charming or funny than watching little creatures get so distracted that they never actually achieve their desired outcome.

4. No wonder kids love them so much, the Minions are basically little kids themselves.

Their genders or ages are never addressed, but one thing is quite clear to me as a parent of two toddlers: these little nuggets are toddlers, too.

Think about it: They are loving to one another and also infuriatingly selfless. They follow directions beautifully, until they don’t. They are aggressively passionate and easily bored daredevils designed with equal parts evil and virtue. So, um, yeah, toddlers. 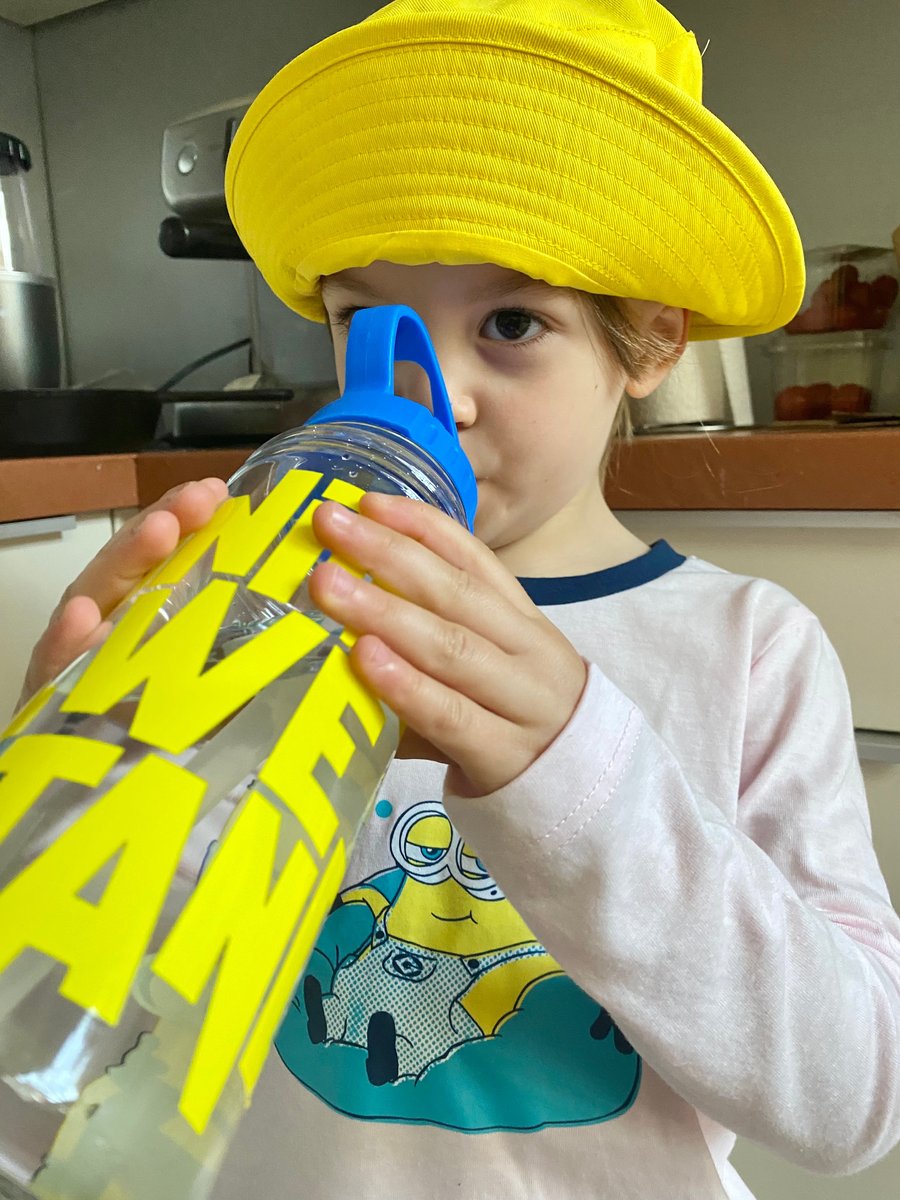 5. Unlike most other child-friendly films and tv shows, the Minions require very little plot or time with the creatures to benefit from them.

In fact, that’s kind of what makes them – and Saturday Morning Minions – so special. You can watch them for 30 seconds or two hours and walk away feeling the exact same: happy that you spend time with these lovable weirdos.

So I guess my investigative journalism on the Minions is officially done. I went in not fully understanding their appeal and walked out a dire heart fan who ordered himself (yes, you heard me correctly) a 100-piece Minions Jigsaw puzzle from Big W. Because why the heck not. 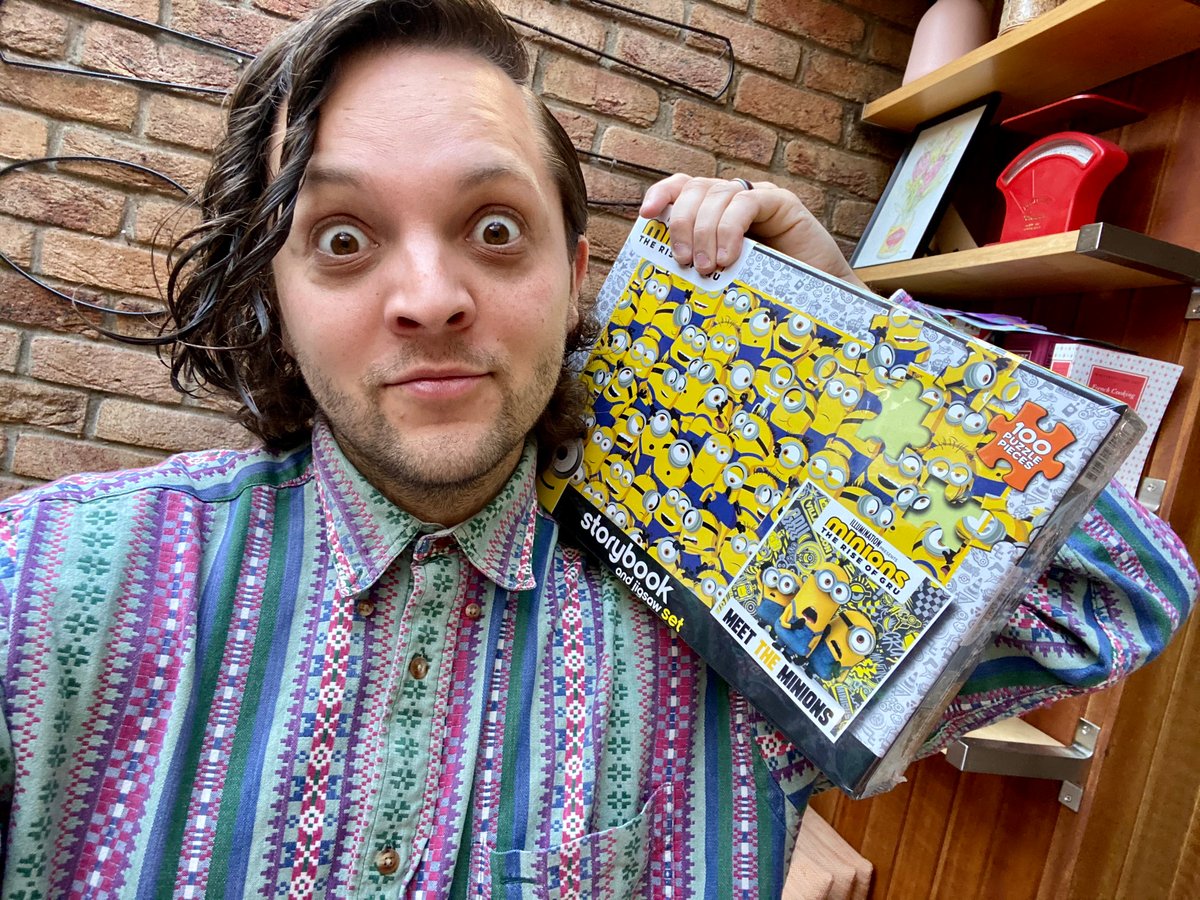 (I can see myself come Christmas making a few more cheeky orders for Minions related things to gift to the other little ones in our life).

These characters truly are – as they say amongst the Minions fandom – one in a minion.

Immerse your kids in the world of Minions this Christmas with the new range of Minions clothes, books, toys and crafts from Big W.

The next instalment of the most successful animated franchise of all time, Minions: The Rise of Gru takes us back to bad as we explore the origin story of young Gru and his Minions, giving us a first-hand look at how they became the world’s most despicable team. Coming to Australian cinemas June 2022.

Looking to keep your Minions fan entertained this school holidays? BIG W has you covered.

A
alicet a month ago