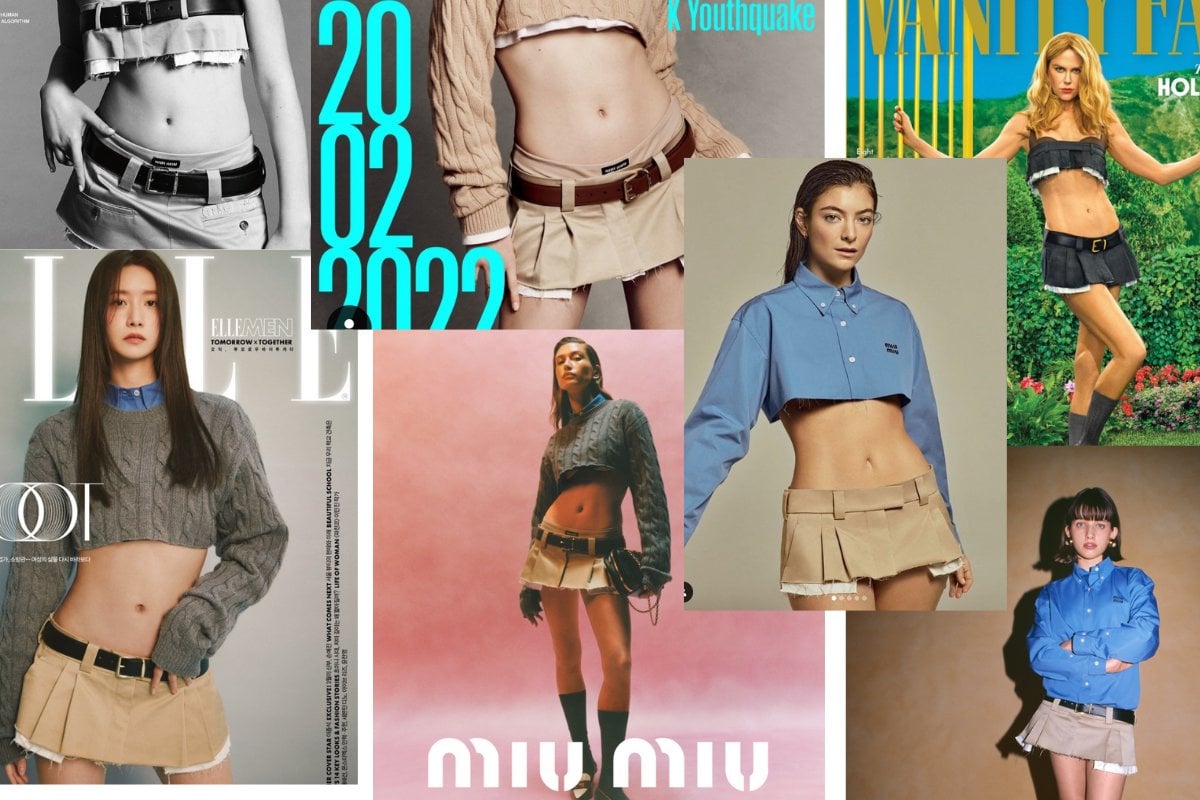 I knew it the moment it came down the runway.

It was a skirt, presented as part of the spring-summer 2022 collection for Italian label Miu Miu. As the "little sister" brand to fashion heavyweight Prada, Miu Miu attracts It-girls like moths to a flame.

The skirt - shorter than short; butt-cheek-grazing really - made several appearances, styled with cropped sweaters, brogues and socks, and other high fashion schoolgirl-inspired looks.

It signalled the return of the micro-mini, the kind we haven't seen since Supré and Christina Aguilera in the early 2000s.

But on a catwalk in 2021, the silhouette looked new. Newsworthy.

And since then, The Skirt has been everywhere. Most notably worn by Nicole Kidman on the cover of Vanity Fair, but also on countless other magazine covers from Vogue to Elle to i-D.

As a fashion writer and commentator, I'm used to seeing trends come and go.

It’s part of the job to be across what’s hitting the runways and filtering down to retailers, popping up on influential Instagram feeds and finding its way into the shopping carts and wardrobes of women everywhere.

This one though? This is different.

The fact that Miu Miu's now-cult skirt is sold out everywhere is indicative of the fact that yes, people are actually desperate to get their hands on one.

But is this a garment most women want to wear? Probably... not.

It's yet another piece of 2000s-era fashion history that Gen Z (by way of Miu Miu's influence) look at with fresh eyes, while the rest of us scratch our heads and say "really?"

Listen: On Mamamia's fashion podcast, What Are You Wearing, we share our thoughts on The Skirt and other scary 2000s trends. Post continues below.

In late 2021, Kim Kardashian, a woman who could sell ice to Eskimos, brought baggy low-rise jeans out of retirement.

You could almost hear the collective shudder from us “elder millennials” who were around to wear them the first time.

This season, at the international fashion week shows, “skater” jeans were one of the breakout trends. Hanging off the hips of rakish models, these ones were more boyish in their styling.

Hate them or love them, these looks were always going to come back. Trends work on roughly a ten year cycle, so what was fashionable in the mid-2000s is having a resurgence now (which is why you should probably hang on to your skinny jeans; they’ll be back in 2030.)

But while the rise of Y2K fashion might seem relatively harmless - it’s mostly teenagers wearing it, right? - that is also a bit of a sticking point. Because there are some trends us thirty-somethings don’t want to cycle back around. Ones that come with baggage.

Since Euphoria season two hit our screens in January, much has been written about how the show could be seen to glamorise drug use to an impressionable young audience - and there’s no denying the appeal and influence of its aesthetic, with its throwback to nineties and mid-aughts-inspired fashion and makeup.

Where Euphoria references trends like space bun hairstyles and pastel twinsets, it also reminds me of some of the more problematic tropes of the time.

When I started writing for a fashion tabloid magazine in 2008, the reigning starlets were Nicole Richie, Lindsay Lohan, Paris Hilton and Mischa Barton - as often photographed by eager paparazzi exiting nightclubs as they were on the red carpet in tiny skirts and hip-grazing jeans.

It was the peak of the "size zero" phenomenon in Hollywood, when LA super stylist Rachel Zoe, known for her signature waif-like look, boasted a Rolodex of A-list clients.

Kate Moss was rehabbing her image after a highly publicised drug scandal while she famously dated rock band frontman Pete Doherty. "Mossy's" style - her attitude - was everything.

Within my tenure at the magazine, Amy Winehouse, who struggled with disordered eating, lost her battle with substance abuse.

That was 2011 - 11 years ago - and we're seeing a reported return to the look that was so fashionable at the time. The internet is calling it “Indie Sleaze”, a movement that harks back to the days above, of Myspace and Tumblr, with low-fi, grungy, "grubby" styling inspired by Kate and her muso pals. The hair was bedhead-messy, the eyeliner smudged. Smoking was chic. Everyone was thin.

If you’ve been anywhere near Instagram lately you’ll have noticed Gen Z are ‘photo dumping’ to their feeds - moving away from the highly polished and curated to the deliberately ugly and unedited. According to TikTok, eye-bags are in - there are beauty tutorials to achieve the look. E-cigarette sales are on the rise, especially among teenagers and young adults. "Smoking is back", declared a recent New York Times article, explaining that young New Yorkers were leaning into a state of post-pandemic excess.

Meanwhile, off the back of fashion month, which culminates this week in Paris, fashion editors have declared hips 'the new erogenous zone', meaning we’ll continue to see waist cut-outs and exposed hips, miniskirts that skim the tops of thighs and visible G-strings. Your local Zara will be full of clothes that aren’t necessarily easy or comfortable to wear. Well, not for everyone.

Young people are coming of age in a time where cultivating their image comes as naturally as unlocking their phone. At their fingertips are all the influences and references they need to inspire them.

Fashion has always been about experimentation, and the same can be said for your teenage years. There is no harm in exploring your style, or taking cues from what's in fashion.

But as the former editor of Girlfriend magazine, I know just how amenable teen girls are to changing trends.

What happens when all they see is washboard abs and tiny skirts and endless model-thin legs, and Instagram accounts that romanticise the strung-out, 90s "heroin chic" look with a kind of rose-tinted nostalgia - where the aesthetic comes across as glamorous and new?

Or the early 2000s, when It-girls all looked - and dressed - a certain very specific way? 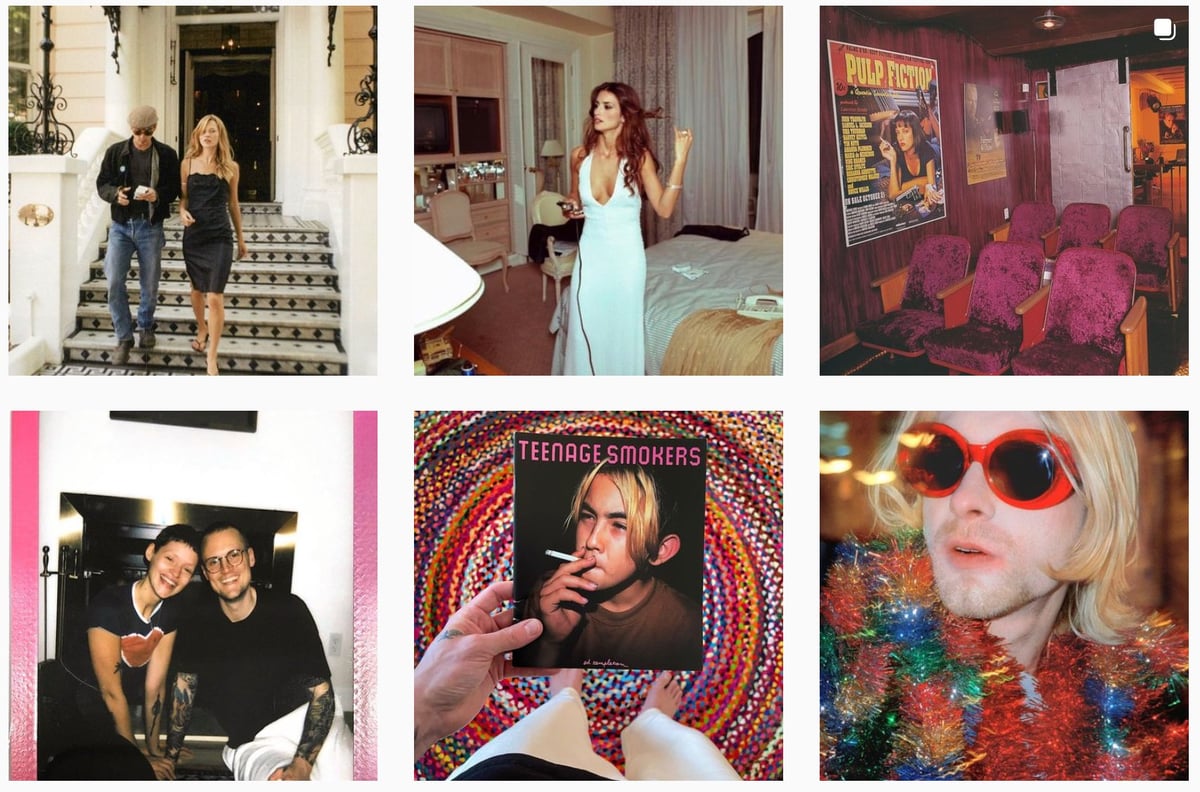 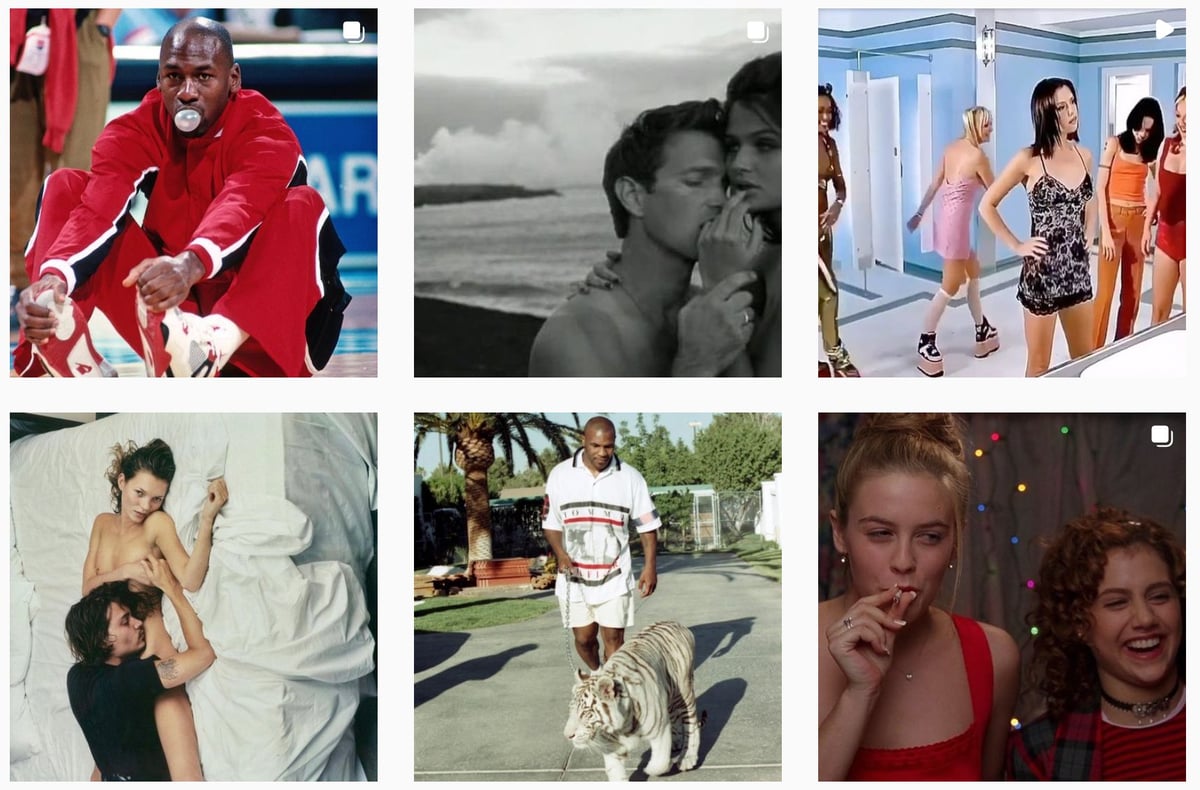 Will these #throwback trends set us back? I hope not, especially for those discovering low-rise everything for the first time.

The wait-list for that Miu Miu skirt is a very, very long one. But you can already get a similar style at your local shopping centre.

B
bondi girl 2 months ago