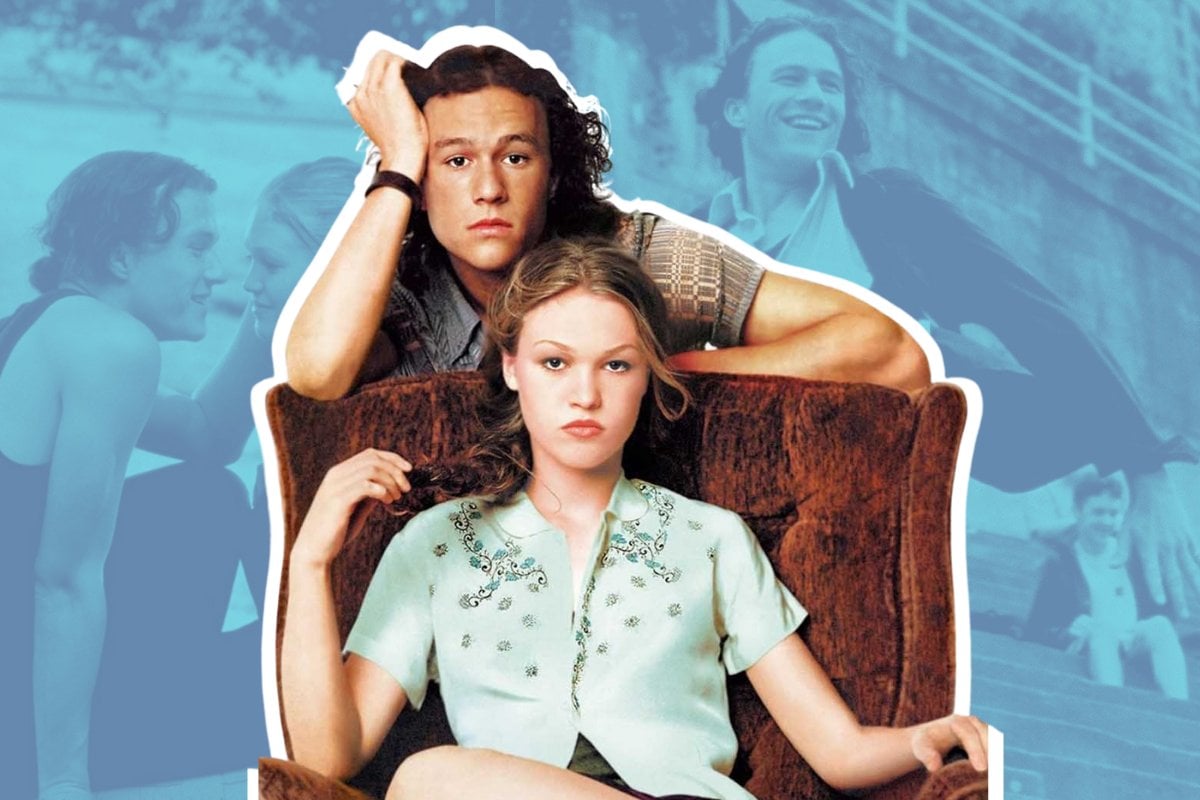 From Mean Girls to Clueless, there's something so nostalgic about high school rom-coms.

But it's rare to find a movie from that era that still holds the same power as it did at its debut.

Despite that, 22 years later, 10 Things I Hate About You continues to be a cult classic thanks to its loveable cast and complicated love story.

Watch: Julia Stiles in 10 things I Hate About You below. Post continues after video.

But for a movie so well known, there are a whole heap of weird and wonderful facts about 10 Things I Hate About You that you might not know about.

So, without further ado, here are seven things you didn't know about the movie.

It's based on Shakespeare's The Taming of the Shrew.

10 Things I Hate About You takes the Shakespeare play, The Taming of the Shrew, and reimagines it in a high school setting.

The play and movie alike follow the Stratford family (a shout out to Shakespeare's hometown Stratford-upon-Avon), where an overprotective father doesn't allow his daughters to date (or, as the play has it, marry) until both have a boyfriend (or husband).

The trouble is, the less desired sister is far less interested in dating (and marriage), so, potential suitors for the sought-after Bianca hatch a plan to get her sister, Kat, a boyfriend.

Director Gil Junger also made references to Shakespeare throughout the film. For instance, character Mandella, who is obsessed with the playwright, receives a Shakespeare-inspired 'promposal' in the film. 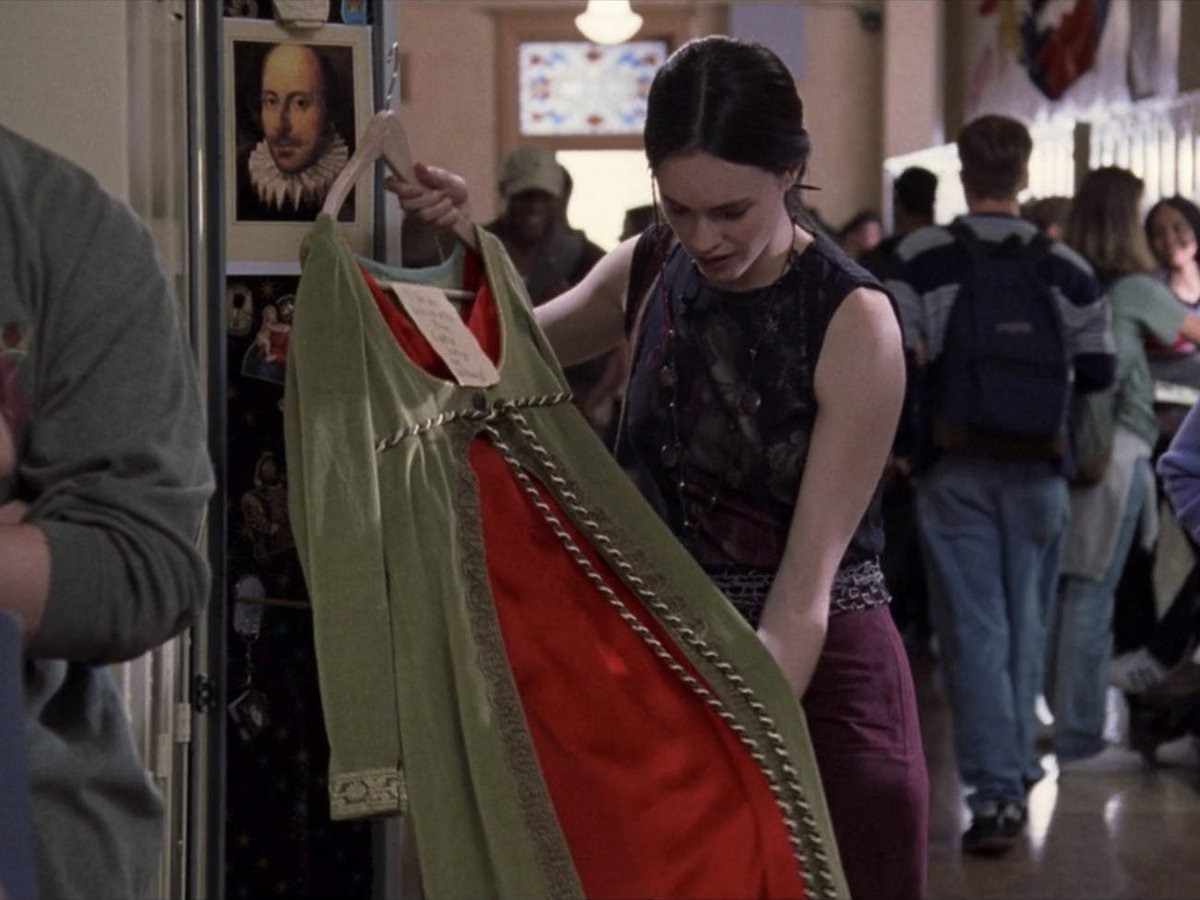 Likewise, Bianca's love interest, Cameron James, directly quotes The Taming of the Shrew when he says, "I burn, I pine, I perish."

There are also more subtle details, including character Patrick Verona's last name, which is named after the city that Romeo and Juliet was set in.

While many rumours circulated that Julia Stiles and her on-screen love interest, Heath Ledger, dated in real life while shooting 10 Things I Hate About You, director Gil Junger has since admitted that there was another co-star who stole her heart.

When discussing Stiles' performance in the infamous poem-reading scene, Junger told Spanish outlet, Mira A Quien Encontre: "I asked her — I said, 'Where did that come from?' And she told me, ‘'I was just thinking about'... that person’s name that she was deeply in love with at the time."

And just when we thought he'd leave it at that, Junger added: "It wasn’t me, certainly, but it wasn’t Heath either. She, for a minute or 10, went out with Joseph Gordon-Levitt." 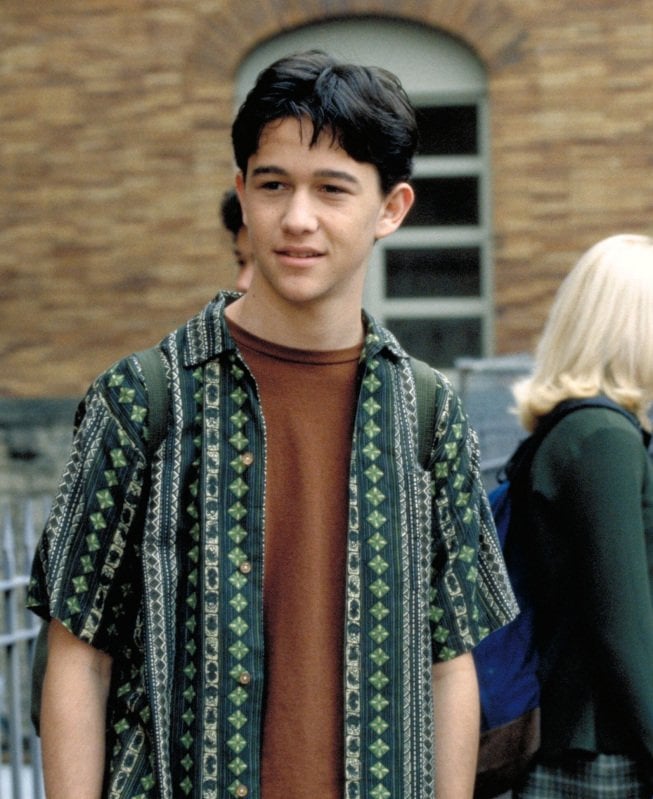 "They were very, very attracted to each other," he continued.

"She’s professing her love to (on-screen boyfriend Ledger) and she’s in love with a guy waiting in his trailer to shoot the next scene.

"Watching them, it was beautiful how much they enjoyed each other."

Heath Ledger made the final call on his musical number.

Perhaps the most memorable scene of 10 Things I Hate About You was Patrick's big, romantic move: a public serenade in an attempt to win Kat back.

But Frankie Valli's 'Can't Take My Eyes Off You' wasn't always the musical pick for the scene.

"The first song we had in the script was 'I Think I Love You.' Then we decided on 'I Touch Myself,' and I think Heath decided that wasn’t romantic enough, so he chose the Frankie Valli song, which was a much better call," screenwriter, Karen McCullah told the New York Times.

We're very glad they took Ledger's guidance on this one.

Julia Stiles was 18 years old when she starred in her debut film, 10 Things I Hate About You, and as thankful as she was for the opportunity, the now 40-year-old struggles to watch it back.

In a 2015 interview with Cosmopolitan UK, Stiles said: "I'm so grateful to have been in that movie. It was my first big break, and such a fun part. I have so many good memories from filming, but I don't really like to watch it back.

"If you could imagine a home video of your 17-year-old self, broadcast for all the world to see, you might feel slightly uncomfortable, too. I was such a baby," she added.

She felt the same when speaking to People in 2019, saying: "I usually just look away. I'm glad that people enjoyed it and I'm glad that they're still talking about it. I don't take that for granted, but I look away pretty quickly."

When she puts it that way... we kinda get it.

The movie was shot in a real high school.

The movie was shot in a real high school in Tacoma, Washington, that was built in the late 1800s. 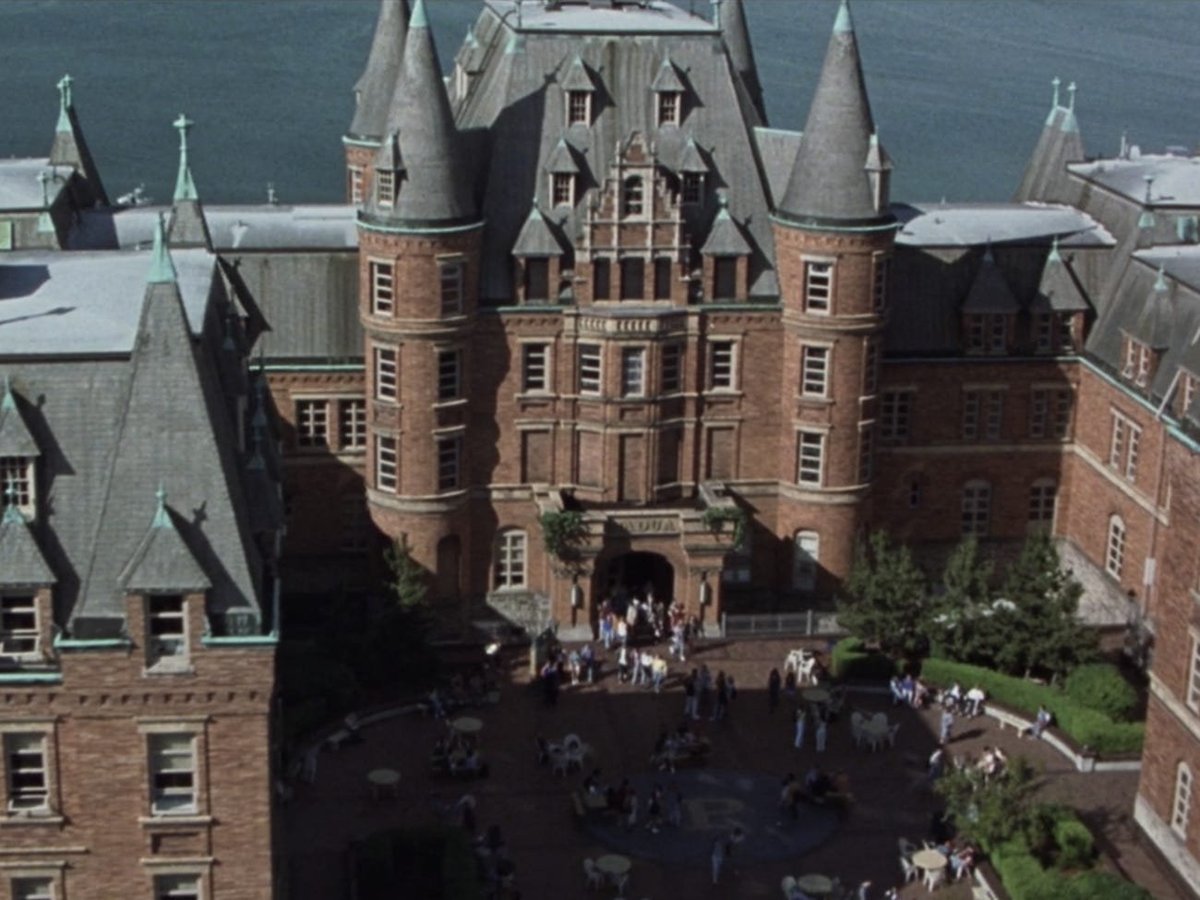 Stadium High School still operates today, and even held a screening of 10 Things I Hate About You in 2019 to honour the film's 20th anniversary.

The director wasn't actually allowed to shoot the final scene.

You know that iconic final scene of 10 Things I Hate About You when Letters to Cleo perform a cover of 'I Want You to Want Me' on the roof of Padua High School?

Apparently, Disney didn't want the director  to shoot the final scene of the movie due to the huge cost of sending a helicopter up to film... but they did it anyway.

"We did two takes, and it was pretty much assumed that this shot wasn't going to work, and Gil [the director] would never work in Hollywood again because he had just blown through half a million dollars doing this shot he was forbidden to do. And it ended up being a pretty iconic scene," the band's lead singer, Kay Hanley, told The New York Times in 2019.

"We're all arranged on top of this postage-stamp-sized roof with chicken wire the only thing protecting us from toppling to our deaths into the Puget Sound."

But thankfully, it all worked out for the best. No toppling deaths included.