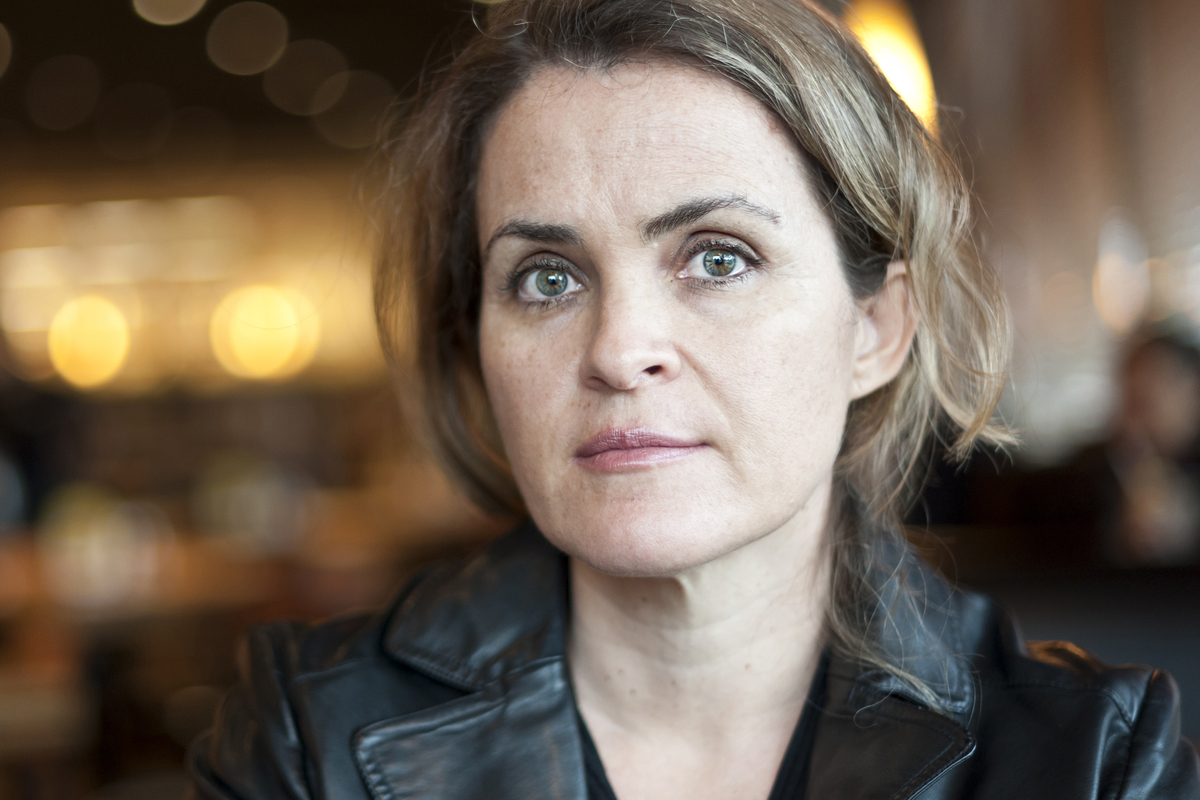 This post is brought to you by Mamamia in partnership with Optus.

The recent passing of Ruth Bader Ginsburg has given us a powerful opportunity to reflect on what holds women back, as well as what allows us to thrive.

The Supreme Court Justice did more in her decades of service, both before and during her time on the United States’ highest court, than many of us could hope to accomplish in our entire lives, but she was clear about how she did it.

“I would like to be remembered as someone who used whatever talent she had to do her work to the very best of her ability,” she once said.

There was no magic, or divine hand to pluck a young Bader Ginsburg from obscurity. There was only all there ever is: opportunities, and a mindset of saying yes to them. Even when they seemed impossible.

But where does that come from? That instinct to do rather than hesitate? That unbridled confidence that no matter the task, you can handle it?

It’s something a lot of women feel is actually discouraged from a young age. In their book The Confidence Code: The Art and Science of Self-Assurance - What Women Should Know, journalists Katty Kay and Claire Shipman explore the body of research that shows while men are overwhelmingly confident about their skills and abilities, women question their own.

As children, girls are socialised to be calm, polite and helpful, and seek out praise for being ‘good’. This unconsciously sends the message that following the rules is what’s expected, and is ultimately what will win girls the respect of the people around them.

In their book, Kay and Shipman argue that in the long run this socialisation makes women less likely to take risks. Being resilient comes from dealing with failure, but girls and women are often deeply afraid to fail.

Listen to Mamamia Out Loud, the thrice weekly podcast on what women are talking about. Post continues after audio.

You may be familiar with the statistic that in order to apply for a job, women feel they need to meet 100 per cent of the criteria. Men, on the other hand, usually apply after meeting about 60 per cent.

When asked why they don’t apply, however, women don’t say it’s because they doubt their own abilities. The reality is more nuanced than that. Instead, it seems women are just more cautious - because we’ve been told to be.

When I asked Mamamia readers how the tendency for caution had held them back, the stories were fascinating. Some women spoke of a book they’d been meaning to write for decades, while others said it was the unshakeable fear of what other people might think of them that plays in their mind whenever they’re on the brink of taking a risk.

Helen*, 36, says this is a phenomenon she’s observed in her own family, in comparison to her brother. While she spent her early 20s opting for what she calls the ‘safe route’, her brother - who is two years younger than her - took risks she could never have imagined.

“In my final year of school, I was conservative about how well I would perform. My uni preferences ended up being for courses that were several points lower than my final mark. Tom* applied for courses he knew he couldn’t get into by traditional means, and ended up getting into one of the most competitive, because there was a portfolio element you could submit if your mark wasn’t high enough.

“I never would’ve thought of doing that.”

Helen says as she’s gotten older, she’s naturally started to take more risks. At 31, she quit her job and started her own business, “the single scariest thing you can do”.

But she wonders why her instinct in her early 20s was to underestimate, rather than overestimate, herself. 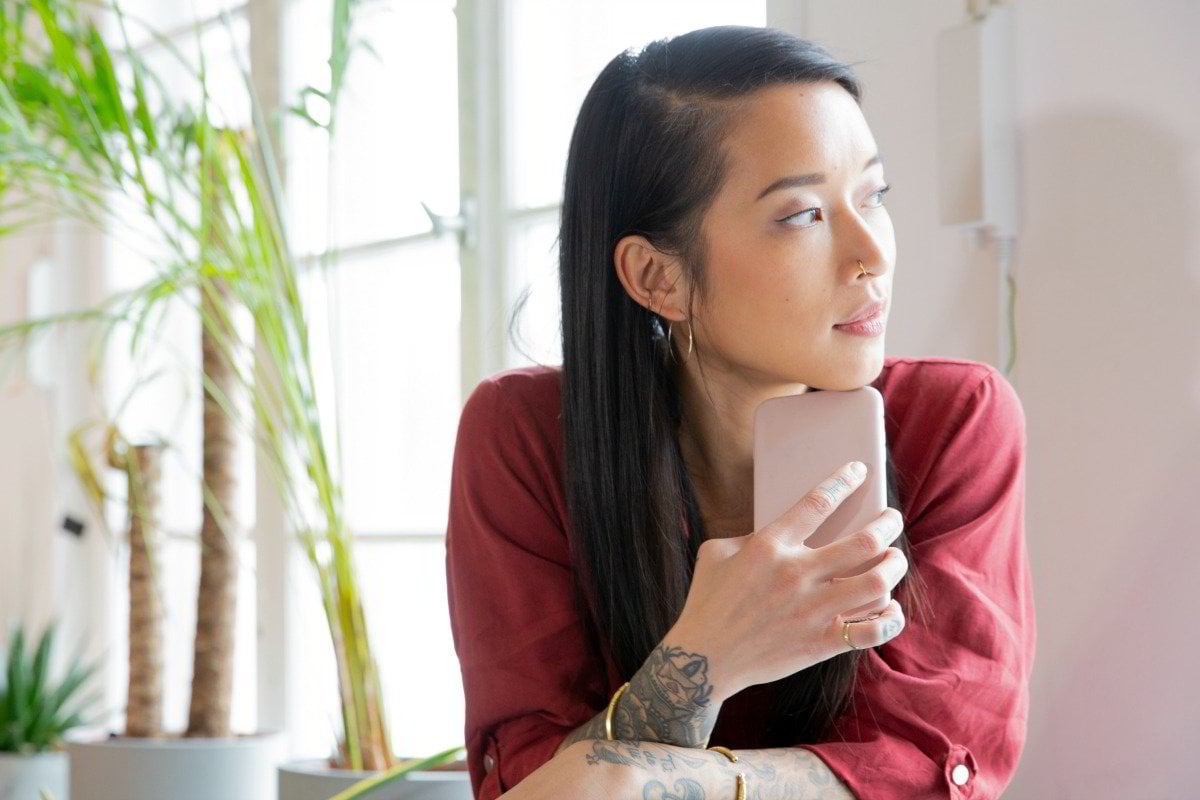 Helen wonders why she didn't seem to take the risks her brother did. Image: Getty.

Melanie*, who’s now 24, says growing up with dyslexia (which is far more common in boys), and seeing how “frustrating it seemed for everyone else”, built up a part of her that always believed she was inherently incapable.

“School was hard, and then when I entered the workforce I just always assumed I’d be a few steps behind,” she says. “I got used to thinking I was ‘bad’. My default was to assume ‘I couldn’t’ rather than ‘I could’.”

Working at a pub while studying graphic design, Melanie watched as the people around her - particularly the men - took on new responsibilities without hesitation. She’s adamant, however, that that’s not always a good thing. “Being so confident that you don’t ask questions or check that you have things right can lead to big mistakes,” she says. “I might hesitate to put my hand up, but when I do, it’s because I really know I’m ready.”

Perhaps that’s why LinkedIn’s research found women were more likely than men to be hired when applying for the same position. Women are thorough and meticulous, and when they say they’re qualified - they really are.

At the same time, it's crucial that women feel entitled to take up space and to fail. A degree of uncertainty is inevitable, and having a 'yes mindset' - optimistic, confident, courageous - is a prerequisite for achieving the things you never thought you could.

In 2014, Sheryl Sandberg, the Chief Operating Officer at Facebook and author of Lean In, gave a commencement speech at City Colleges of Chicago.

"I’ve seen over and over how much self-belief drives outcomes," she said. "And that’s why I force myself to sit at the table, even when I am not sure I belong there - and yes, this still happens to me. And when I’m not sure anyone wants my opinion, I take a deep breath and speak up anyway."

Of course, there's research that shows it's not so easy for certain women to speak their mind. There can be very real penalties for doing so. Women - particularly women of colour - face institutional barriers in the workplace and confidence alone isn't enough to tear them down.

But encouraging women to take risks, to fail, and to get back up when they do, takes us one step closer to fighting gender equality.

Life is ultimately defined by the things we say yes to. The things we didn't think we could do, but tried anyway. It's messy and jagged and full of obstacles. But the women who make the biggest mark are those who've lived with a yes mindset - even when the path ahead looked impossible.