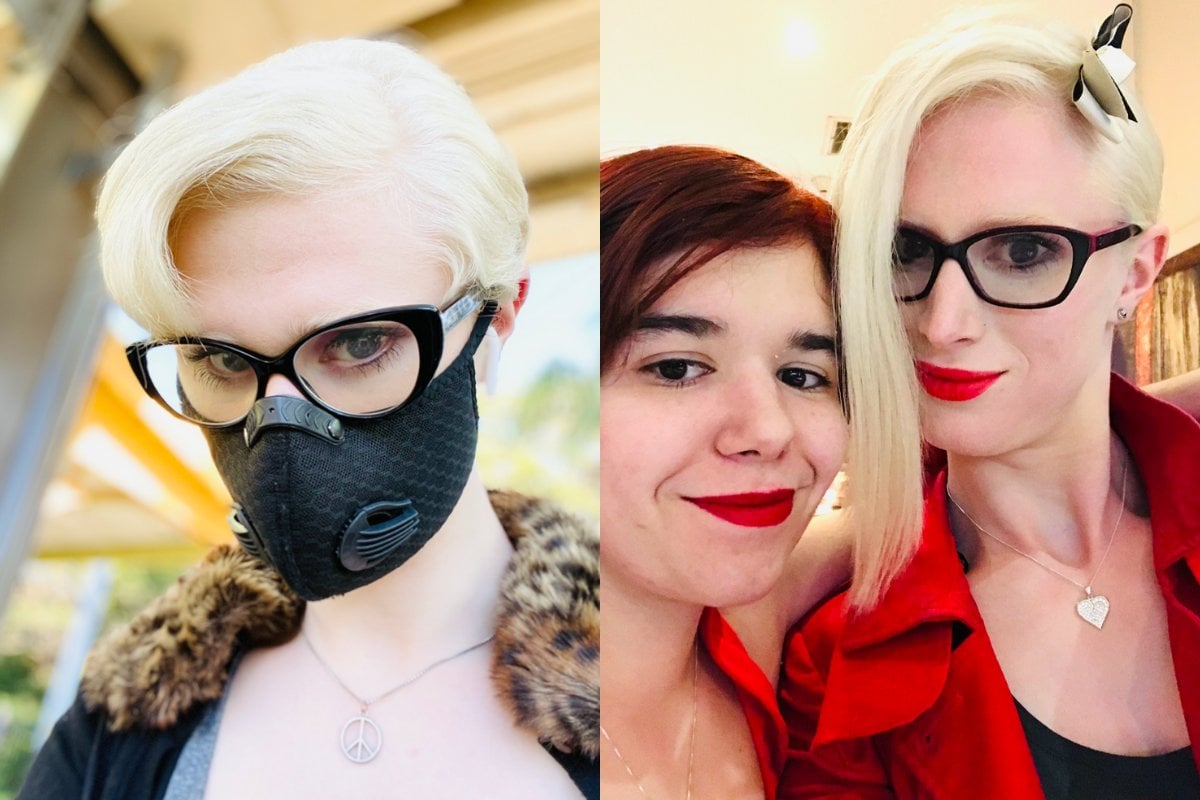 This post discusses sensitive topics and may be triggering for some readers.

The subject of love and dating, as it pertains to transgender women, has always existed in a state of perpetual contradiction.

On one hand, we are hyper-sexualized; we are fetishised and objectified into distorted caricatures. Yet at the same time, the prospect of seriously dating a transgender person seems unfathomable to many people. We are seen as prizes of sorts, usually by men, who are driven either by curiosity or fetish, a kind of a unicorn in the world of casual sex. But when it comes to real love and companionship, dating a trans person, a trans woman especially, is inconceivable to most.

Whilst no widely publicised or readily available research exists in Australia on attitudes among the general public towards dating trans people, a Canadian study published in 2018 found that 87.5 per cent of participants outright refused to date someone who was transgender. Of particular note is that this sample included not just heterosexual men and women, but also members of the LGBT community.

Sometimes, this went so far as lesbian women being willing to date transgender men, but not transgender women. Whilst an imperfect comparison, it’s not hard to imagine that those statistics translate fairly accurately to Australia as well, given both countries are relatively similar in terms of culture and LGBT acceptance. So yes, suffice to say living as a trans person, especially a trans woman, shrinks your dating pool in a big way. Suddenly the old mantra “there’s always more fish in the sea” doesn’t seem so true anymore. With every person I dated, I found myself wondering if this was it for me: If this relationship didn’t work out, would there ever be another one?

I feel it’s worth pointing out that in some ways when it comes to dating as a trans woman; I am very lucky. Most of the time I pass quite well and that gives me an incredible advantage that not every trans woman enjoys in the world of dating. I have the confidence, developed over many years, to put myself out there, to risk rejection or even violence, over and over. It’s hard, really hard, and even a lot of cis-gender (non-trans) people struggle to do it over and over again. I was lucky enough to meet so many amazing people who liked and loved me for me, and when one relationship didn’t work out, I was able to pick myself up, move on, and find someone else. Again, so many people, cis and trans alike, struggle with that. I’ve also been lucky enough to avoid abusive or violent relationships and violent sexual encounters (with rare exceptions). Many cis-women and many, many more trans women, aren’t so lucky.

In 2018, a study conducted in Australia found that twice as many trans women reported experiencing sexual violence as compared to the general public (the statistics are even higher for other non cis-gender identities like trans men and non-binary people). The rate of intimate partner violence against trans women in relationships isn’t known for sure but is expected to be at least as high as the rate experienced by the general population if not higher. This lack of knowledge is not because violence against trans women in relationships doesn’t exist, but rather, the research just hasn’t been done. The sad truth is we don’t know exactly how many trans women are survivors of domestic abuse or intimate partner violence. Without going into detail, all I’ll say is that I know, from bitter experience, that it happens.

When I first came out and started to transition in high school, a lot of well-meaning people, including close family members, told me I would never be beautiful, that no one could love me if I went through with transitioning. Those were cruel, unimaginably painful words for a 15-year-old to hear but, given the above statistics, upon reflection, I’m not sure I can blame them for believing what they said to be true. I fought back against those words vehemently at the time and still do to this day. I and many other transgender people around the world that are in healthy, loving relationships are proof those words aren’t true. But when you hear something often enough, especially from people close to you, a part of your brain never stops whispering them in your ear, over and over again. A part of you can’t help but believe them.

After I transitioned in high school, I stopped dating for a while. I had been a rather prolific dater, an early bloomer in the world of romance, for some years prior. In fact, before transitioning, I developed a reputation for dating girls who would later come out as bi or lesbian, make of that what you will. But after high school I hit the ground running. I signed up to several dating sites and went out to bars, clubs and wherever else I could mingle with people three or four times a week. I made a concerted effort to prove to everyone, to my family, to myself, that I could be loved just the way I was. I wanted to prove that there were people out there who were capable of loving me for who I am, exactly as I am, and there were. I dated men and women in equal measure at first, but found myself leaning more towards women as time went on. Being a trans girl on a dating site did help me in one very specific way - it is a GREAT asshole filter. I put everything any potential partner would need to know in my bio. I was completely upfront, and anyone who had a problem with whom and what I was, was turned away at the door. Outing myself right from the start meant that if a man (I’m sorry, I really am, but it was ALWAYS a man) wanted me because he saw me as a fetish, a sexual conquest to cross off his bucket list, I could spot him right from the start and ignore him.

It wasn’t always smooth sailing, of course. Being harassed on dating apps is, sadly, a nearly universal experience for women, trans or cis. The number of profane, insulting, or degrading messages I received (again, mostly from men) is abysmal and their content does not bear repeating. Other times, problems would arise on the dates themselves.

One person I dated briefly, a cis-gender (i.e. non-trans) girl, confessed she was only dating me because she was afraid she “couldn’t do any better than a trans girl”. Needless to say, that relationship didn’t last very long. Other times, it wasn’t the person I was seeing, but rather the surrounding people that were the problem. On one particularly memorable date, after a few too many drinks, my date and I found our way out to the water’s edge at Circular Quay. The atmosphere was quickly soured by a man who passed us by, visibly drunk, who called out, quite loudly, “hey, are you a man or a woman, do you have a d*ck?” to us. My date, to her credit, turned around and with a fiery look in her eyes proceeded to (verbally) tear the unfortunate man to shreds with a string of profanities that would have made even the notoriously foul-mouthed Jonah Hill blush. He skulked away muttering incoherent apologies and I’m going to be honest, as much as it stung that I hadn’t passed as well as I normally do (I was still honing my hair and makeup skills at the time) looking back on that moment does make me smile, she was an absolute badass and I was incredibly lucky to be out with someone who would stand up for me like that.

I think we all see shortcomings in ourselves, things that make us undesirable, more often than not, probably something totally insignificant that no one but us can even see. When it comes to all these traits and how they impact our love lives, our worst enemies are usually not the people we’re dating or the people we pass by on the street but ourselves.

Listen to No Filter's episode: Wren and Ayla's Story: When Your Wife Is Trans. Post continues after audio.

On one particular date that had been going for a spectacular nine hours and counting, the utterly gorgeous woman I found myself out with asked me to come back to her place for sex and... I said no. My gender reassignment surgery wasn’t scheduled for another two months and all the assurances she gave me, all the assurances in the world that it didn’t matter, that I was a woman, that I was enough, couldn’t change how I saw my body. She asked, and I said no, then asked again, and I still said no. I stood in the way of my own happiness, of what could have been a long and incredible relationship, or at least a very fun evenings because, as I said, against your better judgement, a small part of you always believes the worst things you hear about yourself.

Right before I flew to Thailand for surgery I met my current partner, a cis, lesbian woman with a gorgeous smile and the biggest, most beautiful chocolate-brown eyes I’d ever seen. She had a fondness for animation and a love of crystals and Japanese food, just like me. We clicked right away and became an official couple at the end of our third date. That was four years ago this May and we’ve been together ever since. 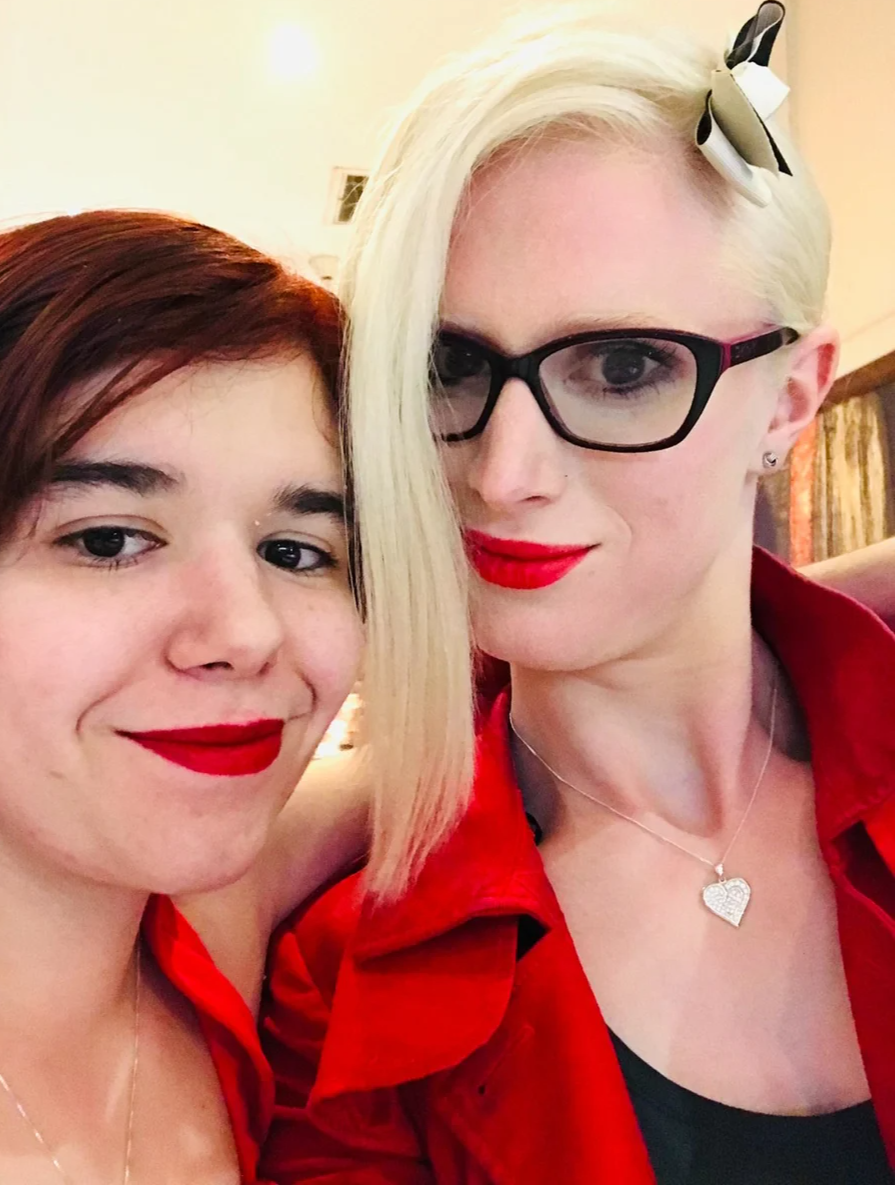 To this day, we’re as strong and close as ever. She’s beautiful, funny, affectionate, and loves me for who I am, exactly as I am. What I’d been told my whole life was impossible had come true. It isn’t always easy. We’ve had problems and fights, just like any other couple because, at the end of the day, we are like any other couple. I, and all other trans women, are just human beings, like anyone else.

We love and need to be loved, and I know for a fact that we are worth it.

N
nat-love a month ago