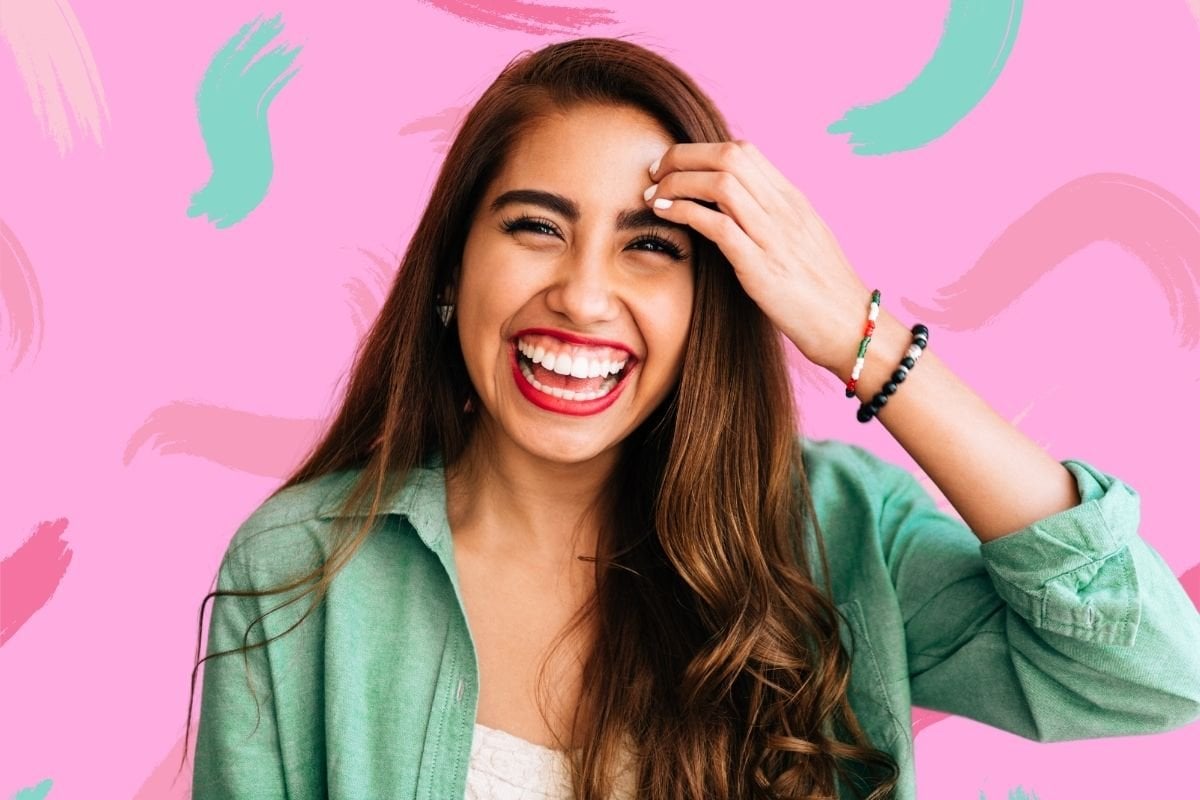 When we think of our bodies changing, we typically think of things like pregnancy, ageing skin, grey hair or your joints just wanting to NOPE themselves right outta there (hey, knees).

We seem to have this whacky idea that your body pretty much stays the same until these kinds of things come along - which is a very silly way of thinking, indeed.

Because you don't just slip into your 'adult body' when you're 18 and then stay in that same body for the next 20 years or so. We're not Sims.

In fact, the most significant changes to your body actually take place when you're in your 20s.

Watch: Here's what you can do to help improve your daughter's body image. Post continues below.

While your 20s is a time when you'll experience a whirlwind of highs and lows (new careers! romantic relationships! breakups! mi goreng!), it's also an active time for biological shifts - like, everything from your brain to vagina is up for development.

It's just that no one really talks about it. Especially when it comes to women's bodies. (Classic).

But, that's why we're here. We've talked to some experts to find out some of the completely normal things that can happen to a women's body in her 20s, and exactly what to expect.

Despite what society and social media might make you believe, your body shape changing as you mature into womanhood is a very normal thing that will happen.

"Bone and muscle development and growth peak while we’re in our 20s, but as hormone levels naturally and normally shift so too can body shape and where we store our fat," explains medical doctor and psychiatry resident Dr Kieran Kennedy.

Listen: Here are some things you don't know chemotherapy does to the human body. Post continues below.

So, you might start carrying weight in places you never did previously - whether it's your hips, thighs or bust region.

"Many people in their 20s might thus notice subtle changes to how their body is shaped or rests compared to when they were in their teens," adds Dr Kennedy.

"It’s natural and normal to notice slight incremental weight gain as we move through the mid to late 20s."

Your menstrual cycle gets less unpredictable.

Hooray! Did you know this? No? Good news, then.

In your 20s your hormone levels become more regular than they were in your teenage years, meaning your menstrual cycle might settle into a predictable pattern or schedule.

However, this isn't always the case for everybody - so don't stress if yours is still all over the place!

Your period cramps will get worse.

By the time you're in your 20s, you've probably been dealing with your period for around a decade - and while you might already be acquainted with painful cramps and the likes, these will tend to step up to the foetal position variety - so, that's fun.

This is all due to sneaky hormones called prostaglandins - these enable the lining of your uterus to shed, and they are in peak production during your 20s. Meaning? Monstrous period pain.

Once you hit your 20s, you'll probably think you're well out of the danger zone when it comes to the days of acne and breakouts, right? HAHA GOOD ONE YOU GUYS.

'Cause acne can haunt you well into adulthood. Even if you never really experienced the wrath of it as a teenager.

"Many people notice that their 20s are a time when adult acne can start to take a hold. Hormone changes, makeup, life stressors and environmental factors are likely all involved and in many cases it’s something that can be (thankfully) temporary as hormones and other factors shift and change," said Dr Kennedy.

Need a hand with working out which products or treatments you need to help tackle it? Check out our article on how to get rid of adult acne.

Well, not exactly your vagina - your vulva. When you hit your 20s you might start to notice that the labia majora (the large lips on the outside of your vulva) looks like it's starting to shrink (???).

But don't worry! All is good, we promise. This is a very normal part of ageing.

What's happening here is that you're basically losing subcutaneous fat. While we all want plump and juicy skin on our faces, plumpness in the vulva is not actually a necessary thing for childbearing, orgasms or anything like that - so it's really nothing to stress about.

According to obstetrician and gynaecologist Dr Nicole Stamatopoulos, you might also experience more action on the vaginal discharge side of things.

"This is because our bodies are primed to get pregnant and have children," she said.

Hormonal changes during your menstrual cycle also affect the amount of discharge your vagina produces, so it's really nothing to be worried about (we're talking white or clear discharge btw) because it's a sign your vagina is self cleaning like the champ that it is.

You're more prone to STIs.

A true thing. You're usually at higher risk of sexually transmitted diseases during your 20s, cause there's an increased likelihood that you're experiencing more sexy time than the other decades.

Dr Kennedy said, "We hear a lot about playing safe when we’re teens, but early to mid-20s are actually peak times for many of the most common STIs as well."

So, pay close attention to any new symptoms down below, and keep in mind that safe sex isn't just for teens.

"STI screening is something that women should have done each time they end a relationship, as this can lead to infertility and pain later on," reminds Dr Stamatopoulos.

This is a biggie. "While adolescence is often a peak time for mental health struggles too, the most common age of onset for conditions like depression, anxiety and rarer diagnoses such as Bipolar Disorder are actually in our early to mid-20s," explains Dr Kennedy.

Between a mixture of biology, life changes and environmental stressors, Dr Kennedy said our 20s can be a real pressure point when it comes to our health of mind.

"So, it’s really important to be aware that this is a time in our lives where we might be especially vulnerable."

Mental health can be fickle, and the warning signs aren't always obvious, but there are a couple of things you should look out for.

"Keeping a close eye on how our sleep, mood and stress levels are doing as we move through our 20s is key, as is reaching out for help early," suggests Dr Kennedy.

"While our 20s is the time when mental health struggles most commonly become clearer, it’s also a key time to catch things early and set a foundation for getting some help/support and looking after our mind as much as body."

According to Dr Kennedy, as we age it’s also common to notice changes to our sleep. While sleeping in our teenage years is usually easier, deeper and longer, the brain changes as we move into our 20s and 30s.

"As we get older and move thought our 20s it’s actually a natural part of healthy ageing to note sleep patterns shift for most people slightly," he explains.

Read: Sleeping in until 11am everyday like you used to do when you were at uni is apparently 'frowned upon' when you're an adult. ¯\_ (ツ)_/¯

"An adult brain is primed to sleep earlier and rise earlier than it did in our teenage years. As a busy adult life really ramps up too there are often multiple stressors and home/work factors that can impact on and detract from sleep."

Your hormones will settle down.

During your 20s, it's likely that you'll start entering sexual relationships (cause the desire to bone during this decade is REAL) which means you might also start to explore different methods of contraception to avoid unwanted pregnancies.

This can obviously have an influence on old mate hormones.

"Contraception stops the ups and downs of hormones and smooths out the hormones," said Dr Stamatopoulos.

Just to reiterate everything we were saying above, none of these changes are anything to get freaked out about - they're a completely normal part of ageing, so never feel weird about them.

It's honestly a non-stop s**t show of physical and emotional changes, and proof that our little ol' bodies are always changing - even when we didn't know it.

What are some of the changes you experienced through your 20s? Can you relate to any of the above? Share your thoughts with us in the comment section below.