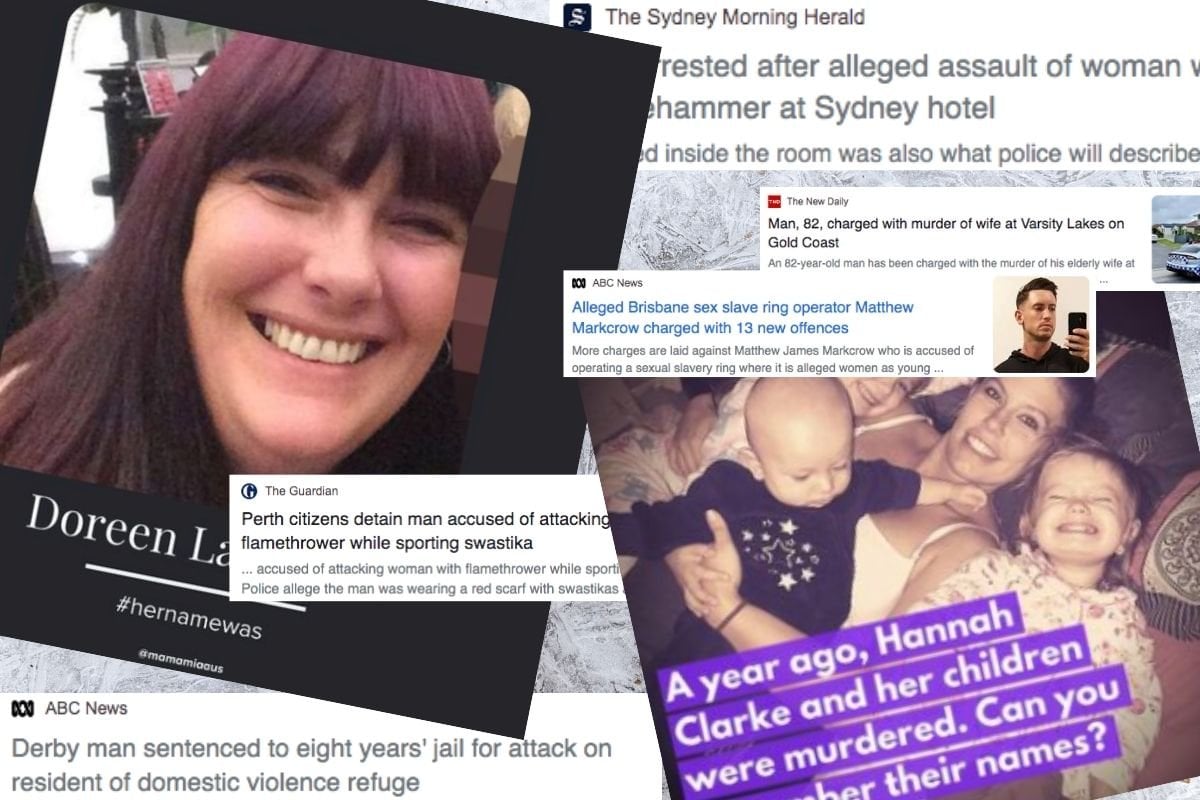 Right now sexual assault is dominating Australian news headlines ever since Brittany Higgins was brave enough to share her story with us.

She alleges she was raped inside Parliament House by a former Liberal staffer in 2019, and in the fortnight that has followed, a discussion about the prevalence of sexual assault and harassment, and the subsequent treatment of Brittany's allegation by police, politicians and colleagues, has been dissected across the country.

But to many women, what Brittany alleges happened to her is not shocking. Because violence against women isn't unusual. Sexual assault is not uncommon. And understandably, women fear being ignored or not being believed, hence why so many crimes go unreported.

On average, one woman per week is murdered by a former or current partner in this country. One in three women has experienced physical violence since the age of 15.

While alarming, those statistics are not new. And they're not going away.

As our country's politicians turn Brittany Higgins' story into a fight over who knew what first, headline after horrific headline has appeared in our newsfeeds, proving how insidious violence against women in this country is.

"Man arrested after alleged assault of woman with sledgehammer at Sydney hotel." - Thursday.

"Man with swastika on forehead accused of randomly attacking woman with flamethrower in Perth." - Wednesday.

"A year ago, Hannah Clarke and her children were murdered. Can you remember their names?" - Friday.

They're just the stories that are making the news in one week.

Growing up, women are taught to be careful of their own safety, as if the onus is on them to not be assaulted. Or worse, murdered.

This week, our government is debating our safety. We watched our prime minister show empathy for Brittany Higgins, but only after his wife told him to consider if Brittany was his daughter. We watched Peter Dutton - our Home Affairs minister - admit that he had considered Brittany's case a "he said, she said" and didn't see the importance of informing the prime minister about the allegation.

As YWCA CBF Member Jaida Walker articulated so well for Mamamia earlier this week: "This whole situation has made me feel as if the Government doesn’t care about women, that our bodies are not important, our rights are not important, our safety is not important. Not only the fact that this has happened but the way it’s been handled is appalling and frightening. It feels like they don’t care about us and they never have. I have lost all hope. I have never felt so scared to be a woman."

We've got daily headlines reinforcing how dangerous a world we live in, particularly for women. But this week, the headlines feel heavier. And while we're watching a discussion about violence against women play out in our nation's parliament, it's not the one we want.

Our leaders - who are overwhelmingly male - keep proving time and time again that they just don't get it.

Women all over the country are watching this story, marvelling at Brittany's bravery, quietly revisiting their own trauma, or waiting with bated breath for strong, decisive action from our government.

Scott Morrison says he's reprimanded his staff and he's launched several inquiries. But on a personal level, he's already proven that the message hasn't quite sunk in.

"Jenny has a way of clarifying things," we heard him say after learning of Brittany Higgins' allegation. "You have to think about this as a father first. What would you want to happen if it were our girls?"

Hopefully, the criticism Morrison witnessed from women across the country at his words made him realise that language is part of the problem. And that's not the response we need from our prime minister about an allegation of rape.

READ: Scott Morrison responded to Brittany Higgins' allegations "as a father". Why not as a person?

There was such rebuke at his turn of phrase because we're angry. Because what allegedly happened to Brittany Higgins is happening across the country and sometimes the women don't survive.

Women are dying every week, and nothing is changing.

Just look at the headlines.

Reply
Upvote
They don’t care about women, that’s the simple truth. It shouldn’t be a revelation, Julia told us, their policies told us, the make up of this government told us- now poor Brittany has told us.
S
schoolie8x a year ago