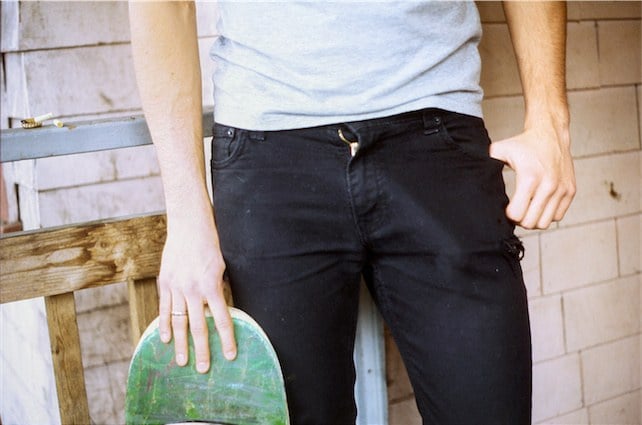 Warning: This post is very very not safe for work. You have been warned.

Oh VICE. So trendy and hipster.

A men’s ‘fashion spread’ went up on the site this week. Simply titled ‘Groin Grazing’, it shows off various men’s fashion staples from the waist down.

By making sure every model has a massive erection under their pants:


It’s just too trendy and hipster, okay? You wouldn’t understand.

Now, does anyone want to buy clothes after looking through that gallery?

Rogue is Mamamia’s space for fun, viral and random content, with everything from feminism to pop culture. We scour the internet so you don’t have to, and bring all the best bits back.

Wowsers, I can even see that one peeny is circumcised.

First time I ever saw something like that, it scared the life out of me. I didn't know that happened to those things. Not loving the look, guess I am old fashioned.