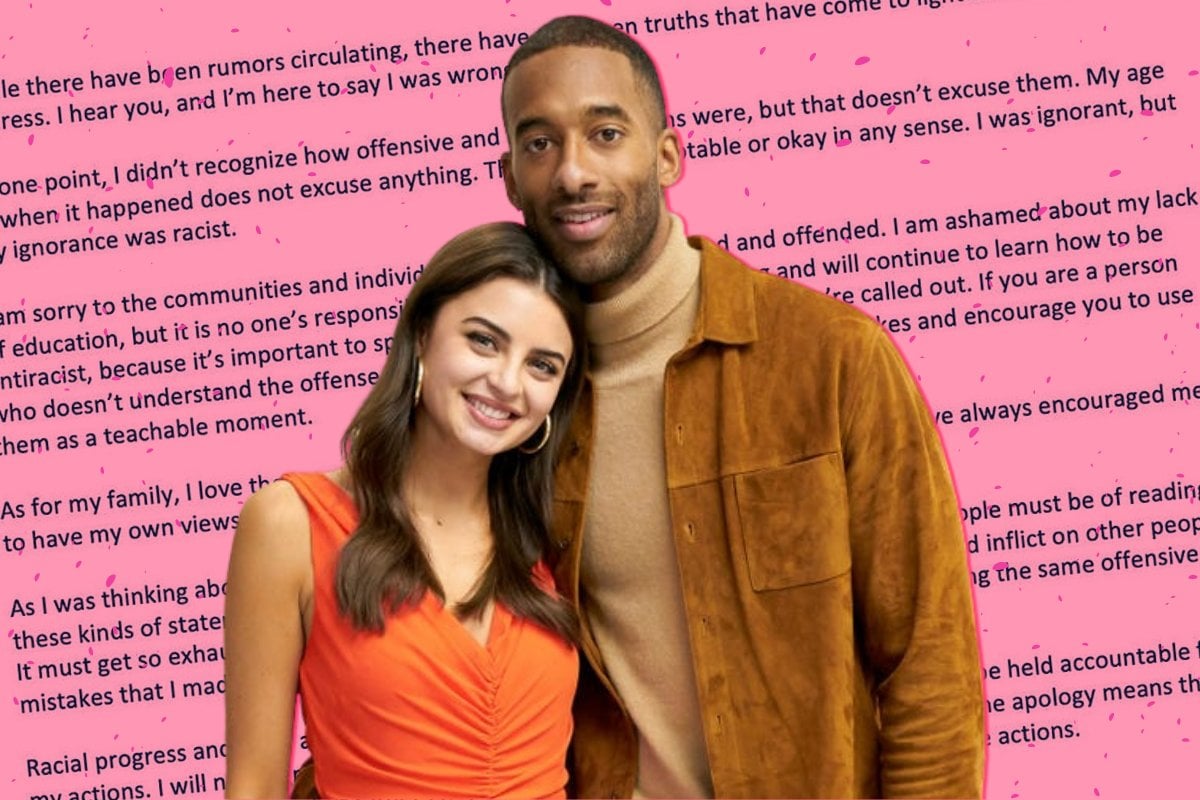 The latest season of The Bachelor US didn't even make it through its first episode before the controversy began, and it's been unable to shake it off ever since.

The 2021 season was meant to be groundbreaking in representation, with its first Black bachelor Matt James, and 25 women who identified as women of colour. Instead, the franchise has found itself engulfed in a racism scandal, which has cost it its long-time host, its newly crowned couple and its credibility among fans of colour.

Contestant Rachael Kirkconnell faced allegations of attending a 2018 Old South antebellum-themed party (antebellum means "before a war" and is widely associated with pre-Civil War America in the Deep South, before slavery was outlawed), as well as other unverified claims of racism.

Season 25 (yep, really) isn't streaming anywhere in Australia just yet, but given how far-reaching this has been, we're willing to bet you've heard murmurs or snippets of this drama already. Regardless, we've gone deep for this very comprehensive explainer, because hoy boy, this is a lot.

Ok, talk me through what happened.

Back in early January, the season premiered in the US and almost instantly, it was in trouble. Following the first episode on January 4, TikTok user @maddyybierster - who claimed she went to high school with contestant Rachael Kirkconnell - uploaded a video captioned "Girlieee, remember when you bullied me in high school for liking Black guys???"

It went viral and led to her receiving other DMs from people who claimed to have experienced or witnessed racism from Rachael.

There was then intense scrutiny across all of Rachael's social media, with other TikTok users posting receipts that showed cultural appropriation in photos, liking photos of people in MAGA hats and sharing QAnon theories.

By February, bachelor Matt addressed it for the first time in an interview with Entertainment Tonight, appearing to give her the benefit of the doubt.

"I have not spoken to anybody since the show ended, but I would say that you have to be really careful about what you are doing on social media. Rumours are dark and nasty and can ruin people's lives. So I would give people the benefit of the doubt, and hopefully [Rachael] will have her time to speak on that," he said.

"There's a lot of stuff going around about the women that were involved in the show. I would just give them a chance to kind of have their piece, whether that is someone who was gone night one or someone who went home last night. Everyone has a story, and I would just be receptive to that."

Two days later, photos of Rachael at a fraternity 'antebellum' themed party in 2018 were published - which took place two years after the fraternity’s board of directors banned them.

How did this cost Chris Harrison his long-time hosting job?

"I haven't talked to Rachael about it, and this is where we need to have a little grace... I saw a picture of her at a sorority party five years ago, and that's it.

"I'm not defending Rachael - I just know that 50 million people who did that in 2018. That was a type of party that a lot of people went to. My guess? These girls got dressed and went to a party and had a great time. They were 18 years old. Does that make it okay? I don't know, Rachel, you tell me... but where is this lens we're holding up and was that lens available and were we all looking through it in 2018?"

Harrison was pilloried for these comments and within days had announced he was "stepping aside" for an unknown period. He won't host the next season of The Bachelorette, but he's been clear he hasn't resigned from the network and has lawyered up.

He apologised for his statements, said he was wrong and promised to evolve.

At the same time this was all taking place, Rachael herself released a public apology, and various other contestants on the show came forward with their own statements.

"At one point, I didn't recognise how offensive and racist my actions were, but that doesn't excuse them. My age or when it happened does not excuse anything. They are not acceptable or okay in any sense. I was ignorant, but my ignorance was racist.

"I am sorry to the communities and individuals that my actions harmed and offended. I am ashamed about my lack of education, but it is no one's responsibility to educate me. I am learning and will continue to learn how to be antiracist, because it's important to speak up in the moment and not after you're called out."

A fellow contestant, Michelle Young shared a statement on behalf of the women in season 25

"Twenty-five women who identify as BIPOC were cast on this historic season that was meant to represent change. We are deeply disappointed and want to make it clear that we denounce any defence of racism. Any defence of racist behaviour denies the lived and continued experiences of BIPOC individuals."

All the while, the show played out on screens, with viewers watching Matt and Rachael's relationship develop.

By February 22, the bachelor himself was compelled to share another statement, touching on the antebellum party photos of Rachael and Harrison being removed as host.

"The reality is that I'm learning about these situations in real time, and it has been devastating and heartbreaking to put it bluntly. Chris' failure to receive and understand the emotional labour that my friend Rachel Lindsay was taking on by graciously and patiently explaining the racist history of the Antebellum South, a painful history that every American should understand intimately, was troubling and painful to watch.

"As Black people and allies immediately knew and understood, it was a clear reflection of a much larger issue that The Bachelor franchise has fallen short on addressing adequately for years... It has also pushed me to reevaluate and process what my experience on The Bachelor represents, not just for me, but for all the contestants of colour, especially the Black contestants of this season and seasons past, and for you, the viewers at home." 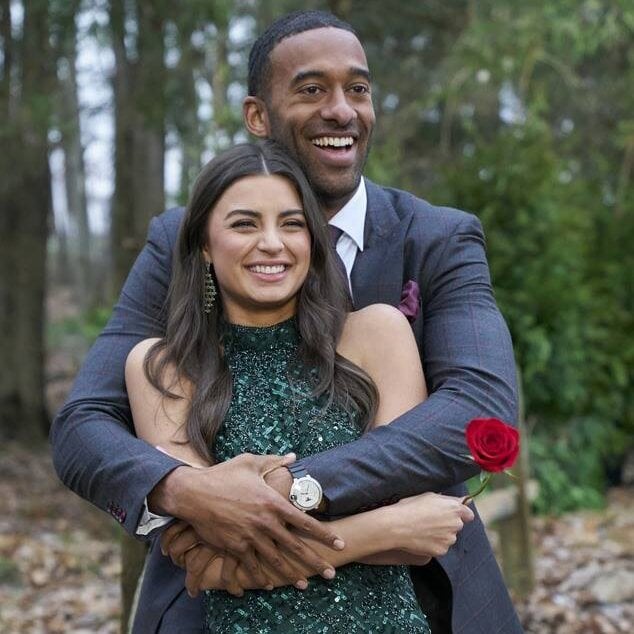 This all became even more complicated when the final episode of the season aired on March 15.

Matt chose Rachael. It was pre-recorded, so he did not know any of this had taken place when he made his final decision.

At the After The Final Rose filming, Matt confirmed he and Rachael had broken up since the final episode due to all the controversy. 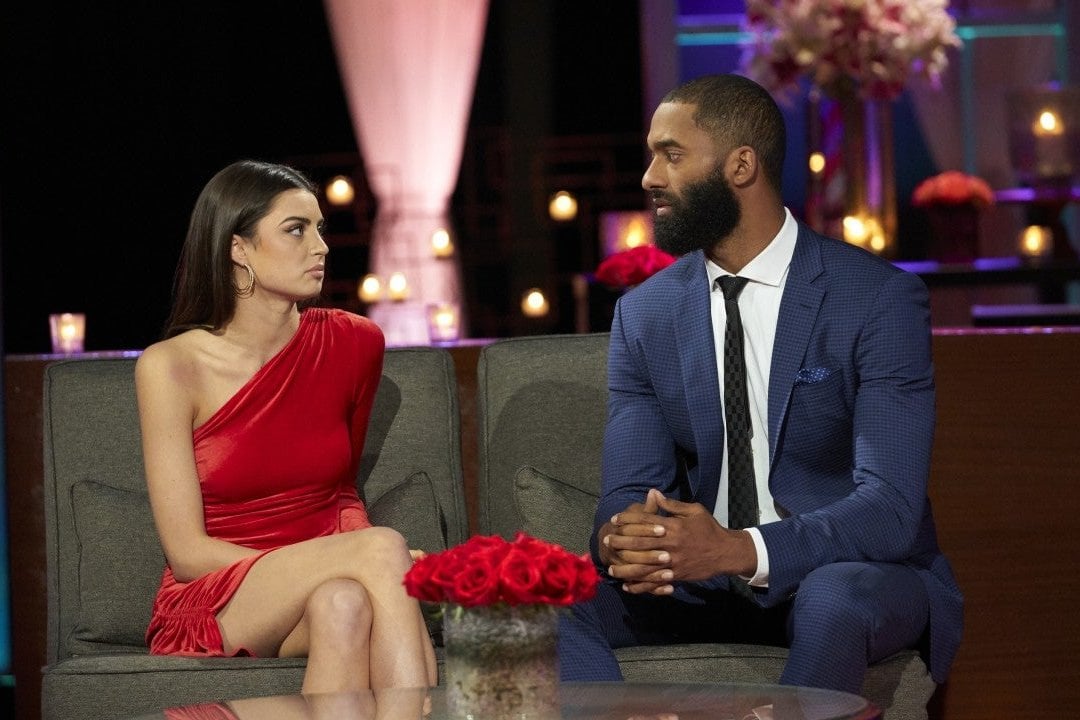 He said he initially "tried to be there" for her, but it became clear they were incompatible.

"You hear things that are heartbreaking and you just pray they're not true," he said.

"And when you find out that they are it just makes you question everything. If you don't understand that something like that is problematic in 2018, there's a lot of me that you won't understand. It's as simple as that."

"The most disappointing thing for me was having to explain to you why what I saw was problematic and why I was so upset," he told her.

"It was in the context of you not fully understanding my Blackness and what it means to be a Black man in America and what it would mean for our kids when I saw those things that were floating around the internet."

Since then, Matt has said he planned to speak to a therapist to help him move on from the situation.

"I need therapy, I need to talk with someone to get it out," he said on The Bill Simmons Podcast.

"I'm working on myself. I'm not going to be dating."