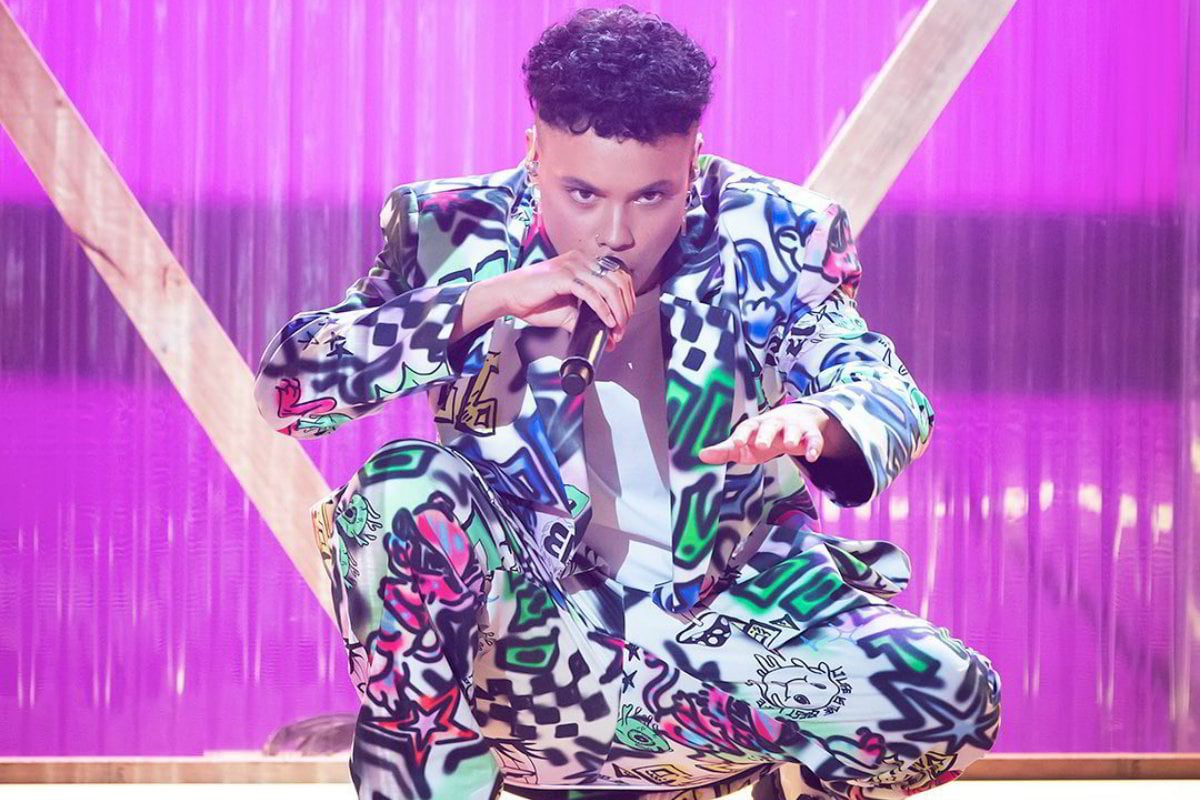 She's got a voice that sends a bolt through the heart. She sings lyrics that make you lean forward.

Siala Robson, one of the top four finalists of The Voice Australia, is known for her intensely raw and emotionally charged performances.

Speaking to Mamamia ahead of the grand finale on Sunday night, she explains that The Voice stage feels like the home she never had.

"I've never felt a feeling of home," the 18-year-old reflects. "On there, I feel like I'm at home. It's this warm feeling. And when I felt that during my first blind, it made me hell emotional. It's a feeling I've never felt before, and it's so warm."

Siala's upbringing was inconceivably difficult. Until the start of this year, she was living in a women's refuge with her mother and five siblings, of whom she is the eldest.

"My upbringing was rough. My mum was in a very bad domestic. I was having to mentally grow up and protect my mum at a young age and protect myself."

At times, Siala would need to physically shield her family from the threat of domestic violence.

"It was really scary," she remembers. "Being eight years old and seeing your mum balling her eyes out is the worst thing ever."

"I just adapted to that lifestyle, then I ended up running away from what was going on at home when I was younger. I ended up in a worse situation where something happened to me that was really bad. I was in a very bad environment, with a big gang of bad people. I just got so caught up in that whole world. I was abusing myself in bad ways."

Eventually, the teenager escaped and reconnected with her mum, who was still suffering from domestic violence. The family found themselves living in a women's refuge.

It was a time characterised by immense anxiety, Siala says.

Siala and her family are now safe, saying they have formed an "unbreakable" bond in defiance of the hardship. They left the refuge when Siala was in the middle of filming for The Voice's battles earlier this year.

For Siala, music is a mechanism through which she can express the emotions she has kept compressed her whole life.

"It helped me a lot because I could never speak about it. I was never open. So I resorted to having to write and sing about it - that was the only way I could let it out," she explained.

"It's like a healing process to be able to sing your own song on such a massive platform."

Her coach, Boy George, has been an inspiring mentor for her throughout the series.

During her blind audition, Siala turned four chairs, but she remembers imm﻿ediately connecting with Boy George.

"I just connected to him straight away. Personally, I feel like our paths are pretty similar. And when I looked at him, he made eye contact with me and I felt like I knew what I had to do.

"He's incredible. He's no different to how he is on camera. He's so real and pure."

On Sunday night, Siala will compete against Chris Sebastian, Johnny Manuel and Stellar Perry for the crown of The Voice Australia for 2020. Voting for the winner is still open, at 9Now, and closes during the Grand Finale, which starts at 7pm tonight. The winner will take home $100,000, plus a record contract with EMI Recorded Music Australia.﻿

All four finalists have an original single available to stream now, with the winner performing theirs tonight.

If Siala does win, she smiles at the thought of being able to buy her a mum "a stable house".

You can listen to Siala's single 'Soul Predator' here and watch the lyric video here. ﻿