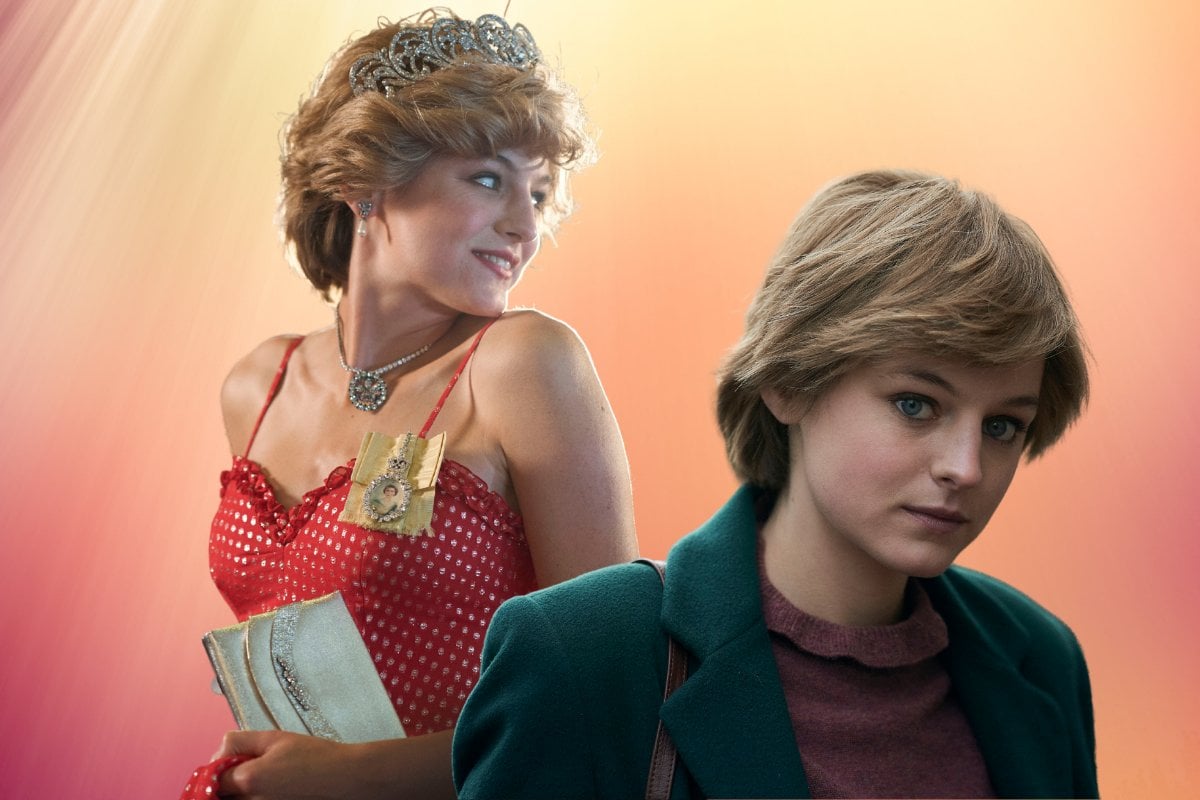 This post deals with eating disorders and may be triggering for some readers.

Just like the royal family itself, the new season of The Crown is visually beautiful yet internally dark and complicated.

Season four of Netflix's critically acclaimed royal drama spans the life of the royals during the 1980s and along with a returning Olivia Coleman as Queen Elizabeth II introduces Gillian Anderson as Prime Minister Margaret Thatcher.

Season four also gifts viewers with the highly anticipated arrival of Diana, Princess of Wales, portrayed by Emma Corrin and her complicated marriage to Prince Charles, once again brought to life by Josh O'Connor.

Just like Princess Diana's real life in the spotlight, her introduction to the world of The Crown has been the subject of international headlines.

Take a look at the trailer for The Crown Season Four. Post continues below.

For the first time in the show's history, The Crown has included a content warning before a series of episodes that depict the princess' suffering of bulimia, an eating disorder marked by bingeing, followed by methods to avoid weight gain.

The Princess of Wales, who passed away in 1997, was vocal about this particularly difficult part of her life, saying, "You inflict it upon yourself because your self-esteem is at a low ebb, and you don’t think you’re worthy or valuable. You fill your stomach up four or five times a day – some do it more – and it gives you a feeling of comfort."

Depictions of eating disorders on screen have long been told via a series of vague hints, food being pushed around on a plate or the sound of retching behind a closed bathroom door.

But in The Crown, Diana's suffering is not brushed away into a corner, and these scenes of her violently vomiting following a food binge are moments both Emma Corrin and Josh O'Connor felt were essential to the story.

"I’m not as involved in those scenes but they are haunting to watch," Josh told Mamamia of watching that storyline unfold on screen. "Emma does an amazing job."

"It was so intense," Emma told Mamamia of portraying these moments of Diana's life. "It’s a difficult thing to deal with and to portray as an actor. But I really felt like it was important for it to be included. So I advocated for it quite strongly, for it to be shown in a very full way, not just alluded to.

"But because I felt it was so important, that's what really helped when it got difficult." 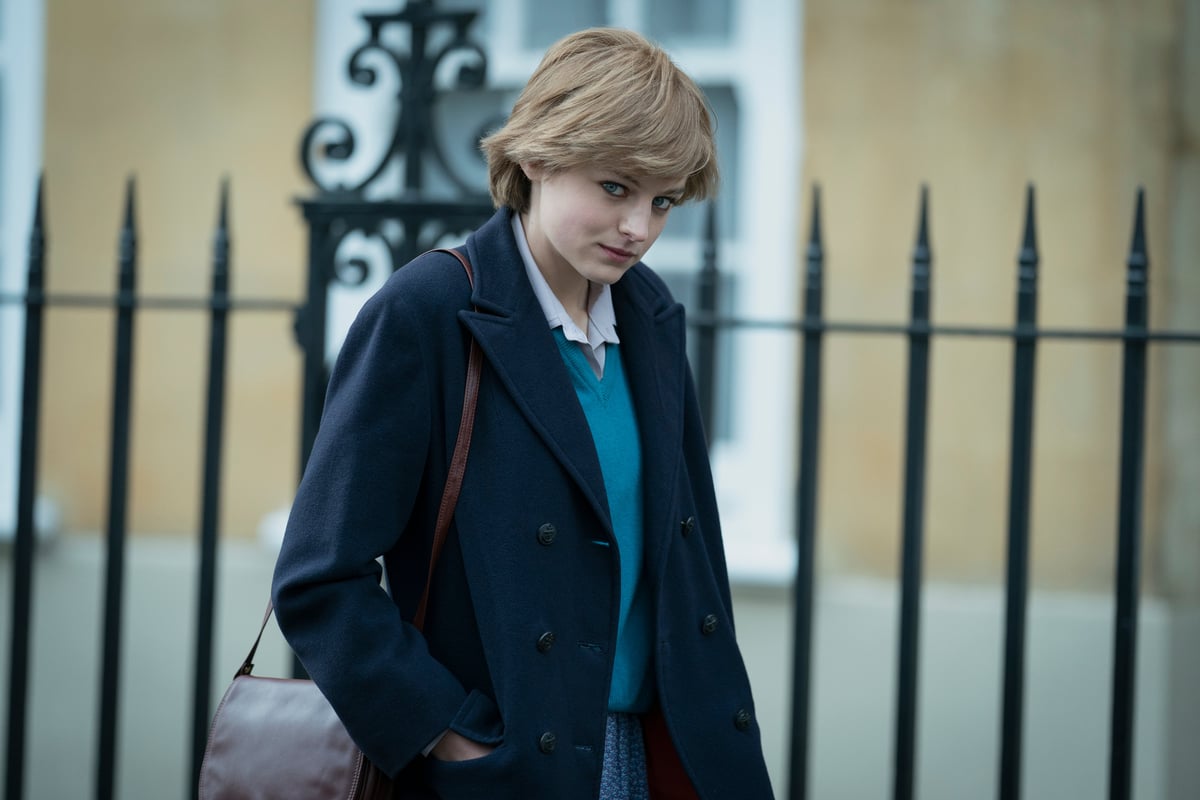 "It’s a difficult thing to deal with and to portray as an actor," Emma Corrin said of filming Diana's eating disorder scenes. Image: Netflix.

When it comes to audiences immersing themselves in The Crown, there's a clear frustration from the cast when viewers see it as a strict historical retelling. Or when they watch it with pre-conceived notions of which characters should be classified as heroes or villains.

According to Josh, if you go into The Crown taking sides in the Charles and Diana relationship, which ended for a number of reasons including his ongoing relationship with Camilla Parker Bowles, you'll miss many of the nuances at play.

"What The Crown does is offer up a non-bias view," Josh told Mamamia. "For instance, in Charles and Diana’s relationship, like in any marriage, there are two sides to every story. Often it’s a tragedy for them as much as everyone else.

"We have this weird ownership over them, particularly over Diana, but over that relationship full stop. There’s a feeling of, 'You guys let us down, you were our hope!' But actually, they were the ones in the marriage and it’s really sad for them.

"The most interesting thing about Charles are the stories about him from a young age," Josh continued, delving into the knowledge he has accumulated by playing the complicated prince over the years. "Before environmentalism was cool, he was campaigning for the planet and everyone said he was crazy. He was seen as this 'wacko prince' but he was just way before his time."

"I think it’s very difficult to say [if the show will change public perception] because at the end of the day, we are playing characters in creator Peter Morgan's world," Emma agreed. "To some extent, these are fictitious portrayals, and to be honest I love The Crown so much because it is a drama."

"I feel like people come to The Crown for the drama and the fiction," Josh added. "We’re not doing a totally accurate historical retelling. We're showing all the stuff we don’t know, and that’s what's interesting." 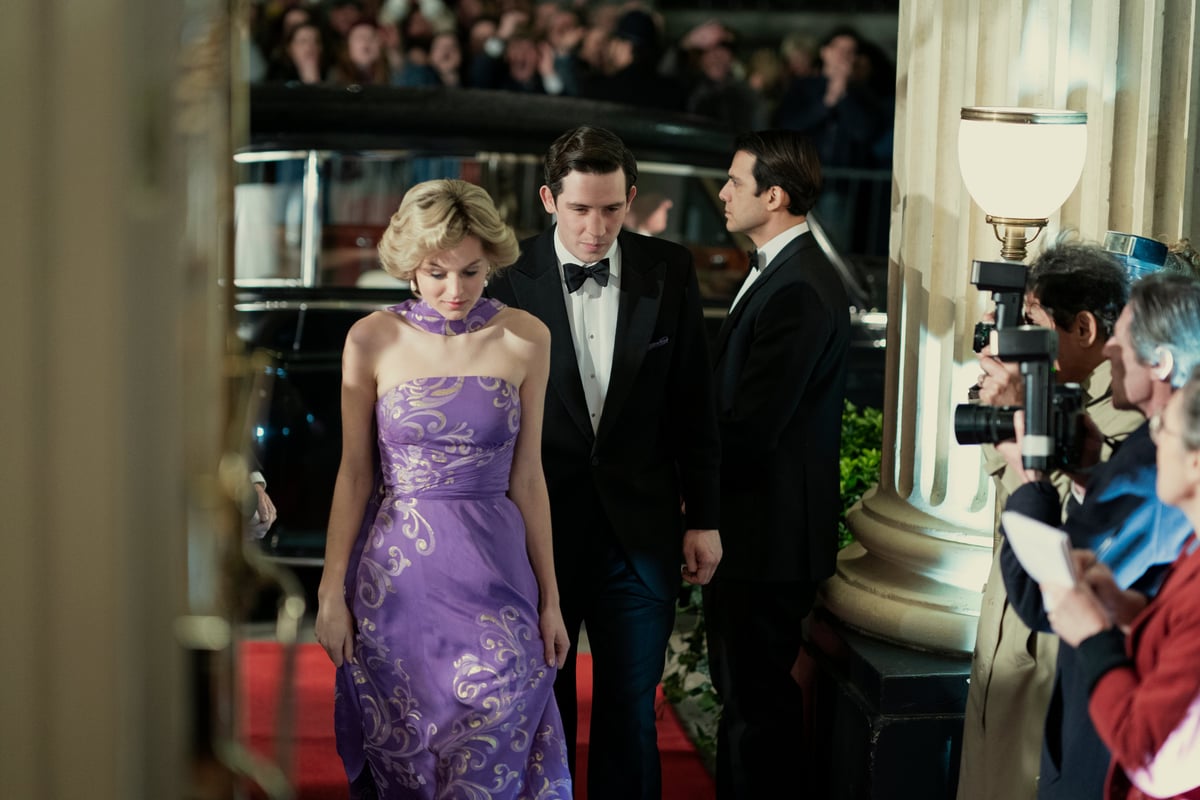 "We have this weird ownership over them, particularly over Diana," Josh O'Connor said of Charles and Diana. Image: Netflix.

Even a prestigious historical drama has moments behind the scenes that don't go exactly to plan and both Emma and Josh said that, surprisingly, the lightest moments of filming happened during the scenes which are set in Australia.

Many of The Crown's most intricate season four storylines are explored in episode six, entitled Terra Nullis, which focuses on Charles and Diana’s 1983 six-week tour of Australia and New Zealand.

The episode chronicles the couple's first official overseas tour together, which took place two years into their marriage. It also acts as baby Prince William's first public outing, which was against royal protocol but done at Diana’s insistence.

The strain between the royal couple is papable on-screen but off-camera it was a different story.

"Being in Spain where we filmed the Australian scenes was the most memorable," Emma told Mamamia.

"There was a great scene set in Australia," Josh agreed. "Where we stood doing a press conference in front of Ayers Rock (known officially as Uluru) and Emma and I were standing there and we just had the giggles because there was nothing behind us.

"It was just a big green screen, and we kept referring to Ayers Rock (Uluru), but nothing was there."

The history books are filled with their stories, but Netflix's The Crown still finds a way to shine a new light on the world's most famous family.

The Crown season four will premiere in its entirety on Netflix on Sunday, November 15.