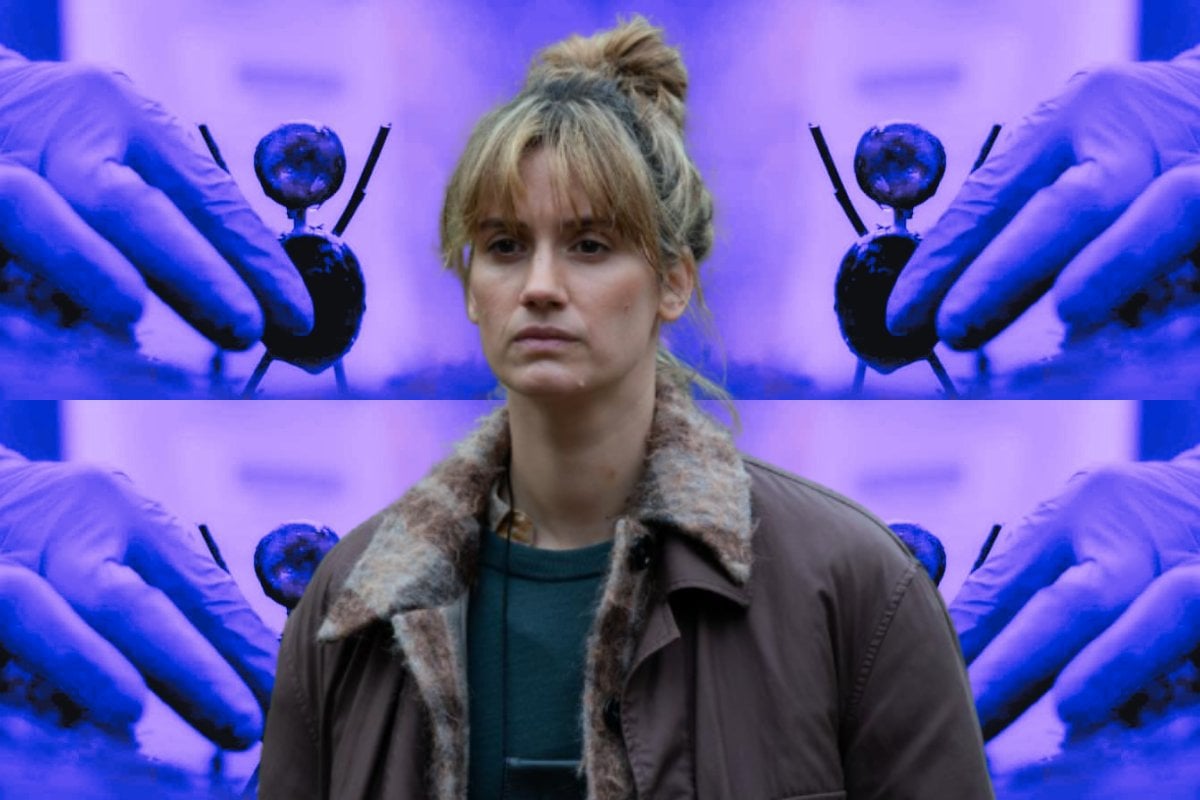 The other night I had a dream about a "Chestnut Man".

I tossed and turned as I dreamt about a man made out of chestnuts that murdered little kids in the woods. In the dream it was my job to solve the murders but no matter how close I came, I could never catch the Chestnut Man.

The next morning I realised I had watched the trailer for Netflix's new Danish thriller, The Chestnut Man, after a few too many Friday night lockdown cocktails and accidentally inserted myself into the plot.

Watch the trailer for Netflix's The Chestnut Man. Post continues below.

Yes, there's a Chestnut Man. Yes, he's murdering people in the woods. But thankfully I don't have to catch him.

Below I unpack what The Chestnut Man is about and whether you should watch it:

What is The Chestnut Man about?

If you can get past the dubbing, it's a bloody good thriller.

The series starts in 1987 when the town sheriff gets a call that a local farmer has let his cows escape.

When he arrives at the farm, he finds three people brutally murdered and a fourth seriously injured. He ventures into the basement and sees a little girl hiding under a table that's covered in little figurines made from chestnuts.

Then he is attacked from behind and killed.

We then flash forward to the present day Copenhagen. Police detective Naia Thulin (Danica Curcic) is paired up with Europol agent Mark Hess (Mikkel Boe Følsgaard) to investigate the murder of a local woman.

When they arrive at the scene, they find the victim tied up to a piece of playground equipment in the middle of the woods and her hand has been amputated. At the house, the detectives find a little figurine made of chestnuts.

They soon discover the murder could be linked to the disappearance of a young girl a year earlier, and many other cases.

Also, there's a creepy song that the local children sing about the Chestnut Man.

The mystery of the Chestnut Man.

The plot twists. And the creepy song.

The Fall for the serial killer element. And Dublin Murders for the... woods.

LISTEN: The new Netflix thriller everyone is going to be talking about. Post continues below.

There are six, one-hour episodes so you could watch it over a few nights or binge it on a rainy Sunday.

The Chestnut Man has all the elements of a bloody good thriller series.

And with only six episodes, you can solve the mystery of the Chestnut Man in one or two sittings and then move onto your next TV obsession.

I would give The Chestnut Man four out of five creepy children singing even creepier songs.

All six episodes of The Chestnut Man are streaming on Netflix now.

Reply
Upvote
You know you can select the language right? Watching it in Danish with English subtitles is a much better experience