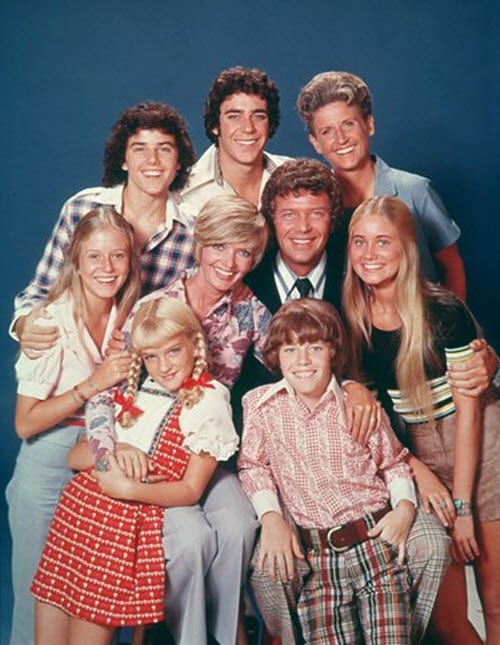 The Brady Bunch taught us a lot about life, love and family. It also taught us we’ll never have a housekeeper as great as Alice.

The Brady Bunch was an iconic show.

This year marks 40 years since the series ended, so we’re celebrating by bringing you 21 facts about the family sitcom.

Sit back, relax, hum the theme song in your head and read through the facts below.

21. The creator, Sherwood Schwartz, interviewed 464 boys and girls for the Brady children.

20. His technique for auditioning child actors was to place toys on his desk and watch the children during the interview to see if they were paying attention to him or looking at the toys. If they kept their focus on him, Swartz knew they would be able to concentrate while working on a TV show.

19. A scene in the first episode clearly states Mike’s first wife had died, but Carol’s first marriage was a secret. Swartz says Carol was divorced but this was not mentioned during the series because divorce was still a very taboo subject for television.

18. The house that was used for exterior shots for the family home is located at 11222 Dilling Street, Studio City, California. The owners of the home have erected a fence and allowed heavy shrubbery to grow over the fence for privacy reasons since the series ended. The owners also refused to let the crew film the house for the Brady Bunch films.

17. Viewers saw the Brady bathroom many times throughout the series, but the toilet was never shown. It was a running joke that the Brady family were so clean and wholesome that they didn't use a toilet. But the truth was, the network censors did not want a toilet shown on TV.

16. The Brady family dog was killed in a car accident between seasons on the show. A replacement dog didn't work, but the doghouse remained on set to cover up a burn spot on the astroturf in the Brady backyard that was caused by a studio light falling.

15. The sliding glass door at the back of the house never had any glass in it. It was put there to prevent glares from lighting while filming.

14. Robert Reed, who played Mike Brady, was written out of the show's final episode after an argument with Schwartz about a storyline that Reed deemed ridiculous. He remained on set during filming, because Schwartz declined to have him removed in front of the children.

13. The show may be popular now, but it wasn't always. Due to low ratings, the show was only ever renewed for thirteen episodes at a time, never a whole season - until the very last season.

12. The show is wrongly believed to be the first program to picture a married couple sleeping in the same bed. Actually, the very first was Mary Kay and Johnny, in the late-1940s.

10. The episodes featured character's names in the title, but Carol Brady missed out. She was the only main character to not have an episode named after her.

9. Greg was a ladies man, sure. But viewers never saw him kiss a girl on any date he went on. The only Brady to have a kiss shown on TV was Bobby.

8. The home address for the Brady house was 4222 Clinton Way and their telephone number was 762-0799. Even though it became common knowledge that the show was set in the suburbs of Los Angeles, the town they lived in was never said.

7. It was revealed in the show that Carol's maiden name was Tyler, and the name she went by in her previous marriage was Carol Martin.

6. The Ditmeyer's lived next door to the Brady family, and were mentioned frequently throughout the series. But only Mister Ditmeyer was ever shown on camera, just once for five seconds.

5. When the show premiered, society was seeing a trend in TV programs that showed widowed parents with children. The Brady Bunch was criticised for supposedly taking this too far.

4. Robert Reed blatantly refused to be part of a scene where the characters throw pies at each other without speaking. He said it was "dumb", as if they were in a silent movie.

3. The word sex was mentioned in the series, but only twice. Once by Greg in the first season, and once again in the final episode of the series.

2. Paramount Studios created the series and it was the first television series ever made by the company, as it had previously been a movie studio exclusively.

1. The character of Mike Brady was named one of the 50 greatest TV dads of all time in a 2004 issue of TV Guide.

Click through our gallery below for quotes from the series.

Did you watch The Brady Bunch? Do you have any more trivia to add?

21 things you didn't know about Sex and the City.