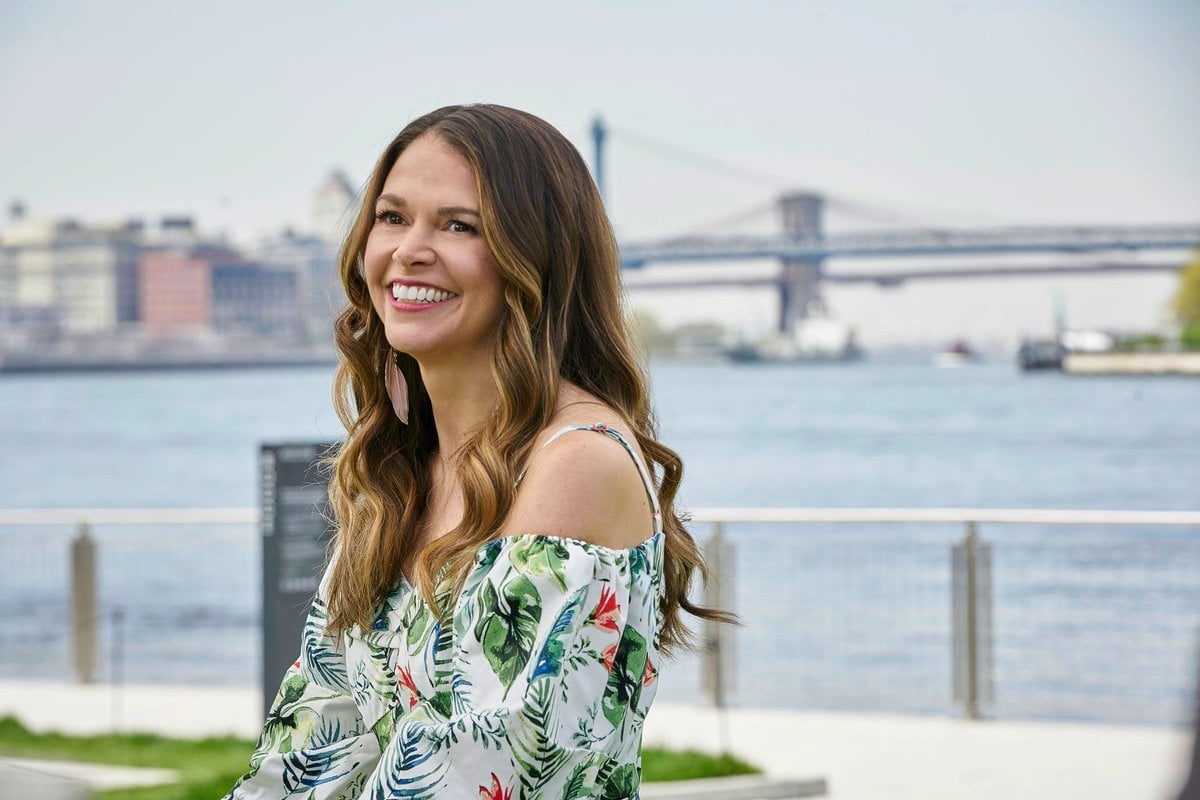 This week the answer to one of the world's biggest mysteries will finally be revealed.

And no, before your mind races ahead, it is not the definitive answer to the identity of Jack the Ripper, an in-depth sit down with the Loch Ness Monster or even proof that aliens really are using Earth as their summer home.

No, in this case, it's the final answer to the extensive #TeamJosh and #TeamCharles battle that has raged throughout all seven seasons of Younger on Stan.

The beloved dramedy, that has little to do with actual book publishing and a whole lot to do with saucy plotlines, fabulous clothes, forbidden love, and tightknit friendships, is airing its finale episode this week. And unless Lisa Miller (played by Sutton Foster) decides to walk off into the sunset alone, there's no way around the fact that one team has to be declared the victor.

Younger, which was created by Darren Star and is based on the novel of the same name by Pamela Redmond Satran, follows Liza, a 40-year-old mother who ends up moving to New York City to live with her best friend Maggie (Debi Mazar) and lies about her age to score a job in a publishing house where she works alongside Diana Trout (Miriam Shor) and Kelsey Peters (Hilary Duff).

WATCH CLUB: The Final Season Of Younger Will Answer Your Biggest Questions. Post continues after podcast.

Of course, the first season introduced viewers to Brooklyn tattoo artist Josh (the only character on Younger who has no last name, apparently, unless there's one last plot twist coming...) a 26-year-old who falls for 40-year-old Liza and is really the one we should hold responsible for the whole age lie saga.

While the duo work through their age gap issues, and are pretty hot and heavy for a few seasons, lurking on the sidelines is always Charles Brooks (he gets a last name...), played by Peter Hermann and the head of Empirical Press, who also wins Liza's heart.

Ever since the show's premiere, Younger fans have drawn strong battle lines in the sand over who they prefer to end up with Liza, much to the dismay of the sweet Nico Tortorella who plays Josh and who is of the firm belief that we've all missed the point, just a little.

It's a sentiment I happen to agree with, because even though I will be watching the Younger finale with a fierce intensity usually reserved only for dance mums reliving their glory days through their kids, the best part of Younger's story has already been told.

Because the best part of the story is less to do with which guy will win out, and everything to do with the brilliantly entertaining female characters that brought these stories to life over seven seasons.

Take, for example, the incredible Diana Trout, arguably one of the most entertaining characters to grace our TV screens in the last ten years and expertly brought to life by Miriam Shor.

(A moment of silence for Diana, and her necklaces, who were brutally kept from us for most of this season due to complications with COVID-19 scheduling).

From the jump, it would have been easy for the writers to reduce Diana Trout to nothing more than a foil to the younger employees, a caricature of an evil female boss who in the pilot episode does come across as a slightly less cutting but better dressed Miranda Priestly. 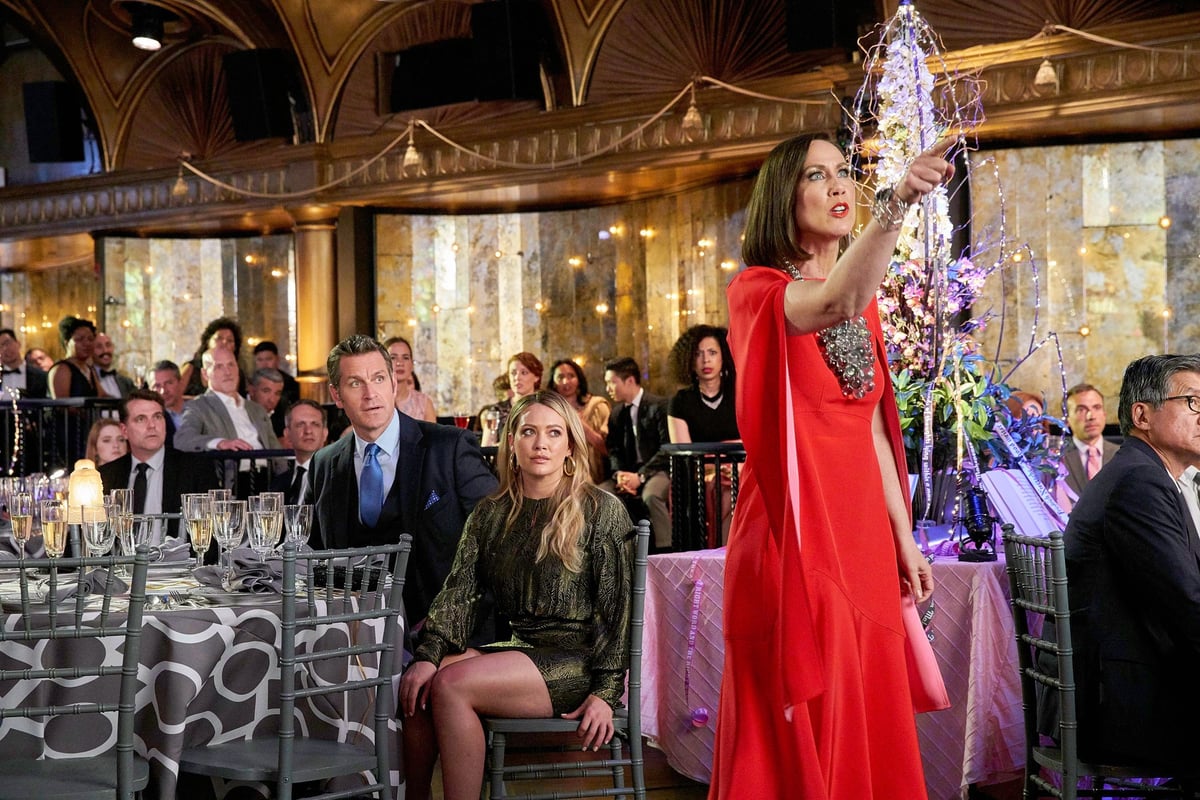 A moment of silence for Diana Trout and her necklaces. Image: Stan However, over the years she evolved into a complicated and fully formed character, who gave the true professional perspective of a woman in her forties and became a mentor to both Kelsey and Liza (while also calling them out on their general bulls**t when needed).

Thanks to Diana Trout, we now know that all problems can be solved with piano bars and vodka and that second chances deserve to be truly celebrated (especially if that celebration involves an ostentation second wedding dress).

It's rare that a TV series these days gives you at least one fully-formed female character in her forties to celebrate, but with Younger, we have three.

Liza's best friend and roommate Maggie Amato, played to perfection by Debi Mazar, embodies a different part of the story to Diana Trout, but one that is just as important in the world of Younger and the world of pop culture in general.

Not only is Maggie the sassy, wine-pouring, and protective best friend/roomie combo of our dreams, but she defies a well-worn trope of TV ageism where women in their forties don't get to be as sexually free and wholly realised as Maggie Amato is.

Take a look at the season seven trailer for Younger on Stan.

In fact, if you look back at Younger, every other relationship in the series has evolved and wavered and even frayed to absolute breaking point, except Liza and Maggies'.

Proving that, amidst the lies, loves, and questionable book deals of the series, Liza and Maggie are the true love story of the show.

As Younger braces for its final bow, let's just remember that in amongst all the (highly addictive) #TeamJosh and #TeamCharles banter, another important story has also been told through these women.

(And please, someone, tell me Josh's last name?)