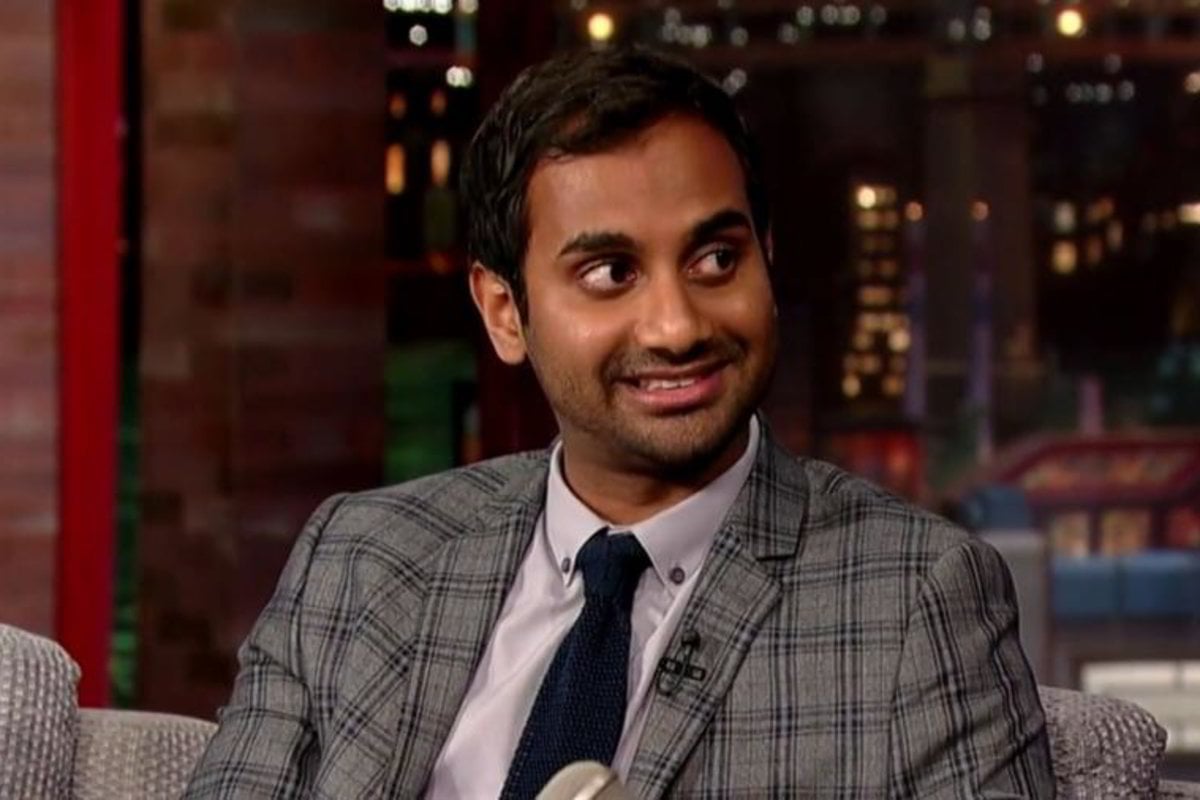 Our go-to source for fun, celebrity interviews that feel more like old friends catching up than your usual TV Q&A.

Only they're not old friends. And as such, that banter you're watching can sometimes (read: often) miss the mark.

While most of the time celebrities are happy to roll with the digs and play back at the host, sometimes they're not.

Enter some very, very uncomfortable encounters that we get to watch as they happen.

This combined with technical malfunctions, host scandals and a few awkward silences make for great - albeit cringeworthy - TV.

So, we dug through the history files to find the absolute worst talk show moments ever to air, and suffice to say, if cringing at celebrities' strangest encounters brings you comfort, this should carry you through the weekend with ease.

Madonna on The Late Show with David Letterman

Perhaps one of the most controversial television appearances to date took place all the way back in 1994, when Madonna appeared on The Late Show with David Letterman.

Audiences were shocked by Madonna's explicit language and behaviour where she said "f*ck" 14 times, making it the most censored talk show ever to air.

The interview kicked off with a bang when David introduced Madonna as: "One of the biggest stars in the world. In the past 10 years she has sold over 80 million albums, starred in countless films and slept with some of the biggest names in the entertainment industry."

From there, it got even more personal.

Madonna entered the stage with a pair of her underwear held behind her back. She then handed them to Letterman, whispering something in his ear as he set them down on the table.

"I'm only here because I couldn't escape this. Don't flatter yourself," Madonna said as she sat down.

He began by repeatedly asking Madonna to kiss a man in the audience to which she responded: "why are you so obsessed with my sex life?"

He continued pushing, but she stood firm.

"Incidentally, you are a sick f*ck," she said.

Madonna then went on to ask Letterman: "Wait a minute, aren't you gonna smell them?" in reference to her underwear.

He tossed them under the table and Madonna complained to the audience: "I gave him my underpants and he won't smell them!"

The interview went on with plenty of sexual innuendos and expletives, and ended with Madonna refusing to leave the stage.

It's a lot, and I recommend you watch the full 20 minute ordeal here:

Lady Gaga on The Tonight Show with Jimmy Fallon

Earlier this year, television studios moved into people's homes and as would be expected, there were a few complications that came with it.

The Tonight Show took on a new relaxed format, where host, Jimmy Fallon, FaceTimed his guests.

Now, as if video calls aren't awkward enough as is, in one particular episode, Lady Gaga didn't realise she was on live TV, and proceeded to reschedule the interview for later that week.

She answered the phone to an enthusiastic Jimmy Fallon, asking her about the announcement she would be making on "tonight's show" to which she interrupted: “I can't, Jimmy. I can't talk right now...

"I'm really sorry, it's just like a really weird time."

As she continued talking, Jimmy turned his phone to face the camera, confusing Gaga.

Mia became famous for asking 'Why not both?' in an Old El Paso ad. It upended her life.

"'Dear neighbours': A note slipped into our family's mailbox was a kick in the stomach." 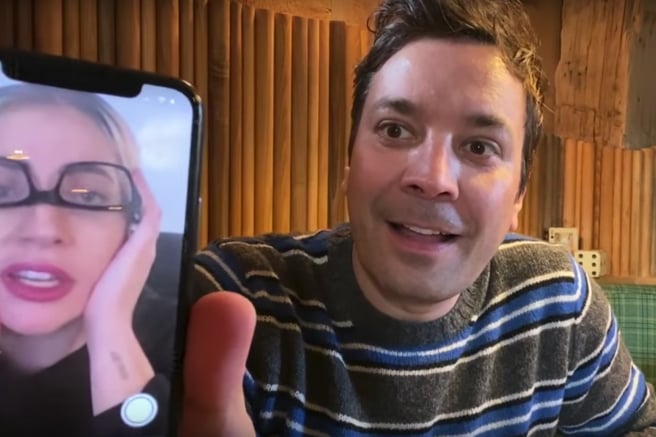 Fallon tried to rescue the conversation by offering that the announcement may involve the coronavirus pandemic, to which Gaga responded:

“I can't tell you everything right now, because I'm still ironing out the details. I have a lot of phone calls to make... Can I call you Friday?"

The segment ended with a frazzled Gaga apologising before Fallon ended the call.

Since The Ellen DeGeneres show has made news recently for a rumoured "toxic workplace culture", old celebrity interviews she conducted in the early 2010s  are re-emerging, and are being viewed in a new, less desirable light.

In one clip from 2013, Ellen attempts some banter with Taylor Swift where she starts off saying: "You were here with your boyfriend Zac Efron last time, how's he doing?"

Taylor plays along, responding: "Um, we actually never dated," but Ellen is quick to interrupt, saying: "Yes you did... How's he doing?"

And the rest of the conversation went a little something like this...

Taylor: "I don't know, I haven't talked to him in a while because we didn't date."

Taylor: "Because we didn't!"

Ellen: "Okay, so let's just talk about the new CD then. Which song is about Zac on the new CD?"

Taylor: "Um, there's nothing really about Zac on the CD because we didn't date."

Ellen: "Okay... (motions that Taylor is crazy to the audience) Well let's talk about your number 1 hit 'We Are Never Ever Getting Back Together', who's that about?"

"Here's what I'll do, you don't have to say. I'm going to show pictures and you ring the bell when you see."

Ellen: "What do you mean the one shred of dignity? You have no dignity."

...You'll see where it heads from there.

The segment ends as Taylor screams over Ellen ringing the bell: "Stop it, stop it, stop! This makes me feel so bad about myself every time I come here you put a different dude up there on the screen..."

Just another uncomfortable case of a host joke going too far.

Aziz Ansari on The Late Show with Stephen Colbert

Speaking of jokes going too far...

None was done better than Aziz Ansari when he appeared on The Late Show with Stephen Colbert in 2015.

Following the release of his series Master of None on Netflix, Colbert had Ansari on as a guest, starting the interview by noting they were both from South Carolina.

Ansari, a huge advocate for diversity on television replied quickly: “Stephen’s the first late-night host from South Carolina, and the bajillionth white guy.”

Stephen responds: "Right, exactly, you know you've talked about not enough people of colour, minorities on television. Is having you on my show, does that count at all?"

My dad took off most of his vacation time for the year to act in Master of None. So I'm really relieved this all worked out. Tonight after we did Colbert together he said: "This is all fun and I liked acting in the show, but I really just did it so I could spend more time with you." I almost instantly collapsed into tears at the thought of how much this person cares about me and took care of me and gave me everything to give me the amazing life I have. I felt like a total piece of garbage for all the times I haven't visited my parents and told them I wanted to stay in New York cause I'd get bored in SC. I'm an incredibly lucky person and many of you are as well. Not to beat a dead horse here and sorry if this is cheesy or too sentimental but if your parents are good to you too, just go do something nice for them. I bet they care and love you more than you realize. I've been overwhelmed by the response to the Parents episode of our show. What's strange is doing that episode and working with my parents has increased the quality of my relationship to my parents IN MY REAL LIFE. In reality, I haven't always had the best, most open relationship with my parents because we are weirdly closed off emotionally sometimes. But we are getting better. And if you have something like that with your family - I urge you to work at it and get better because these are special people in your life and I get terrified when my dad tells me about friends of his, people close to his age, that are having serious health issues, etc. Enjoy and love these people while you can. Anyway, this show and my experiences with my parents while working on it have been very important in many ways and I thank for you the part you all have played in it.

Stephen goes quiet, nodding for a moment before saying: "hey man, I do my part."

The two converse for a bit until Stephen misnames Ansari's book, to which he jokes: "Ooh, somebody's gonna get fired."

Stephen quickly jokes back: "God I hope it's a white guy... Chances are."

Particularly awkward, because it's true.

Can you remember any TV moments that went horribly wrong? Let us know in the comments below!