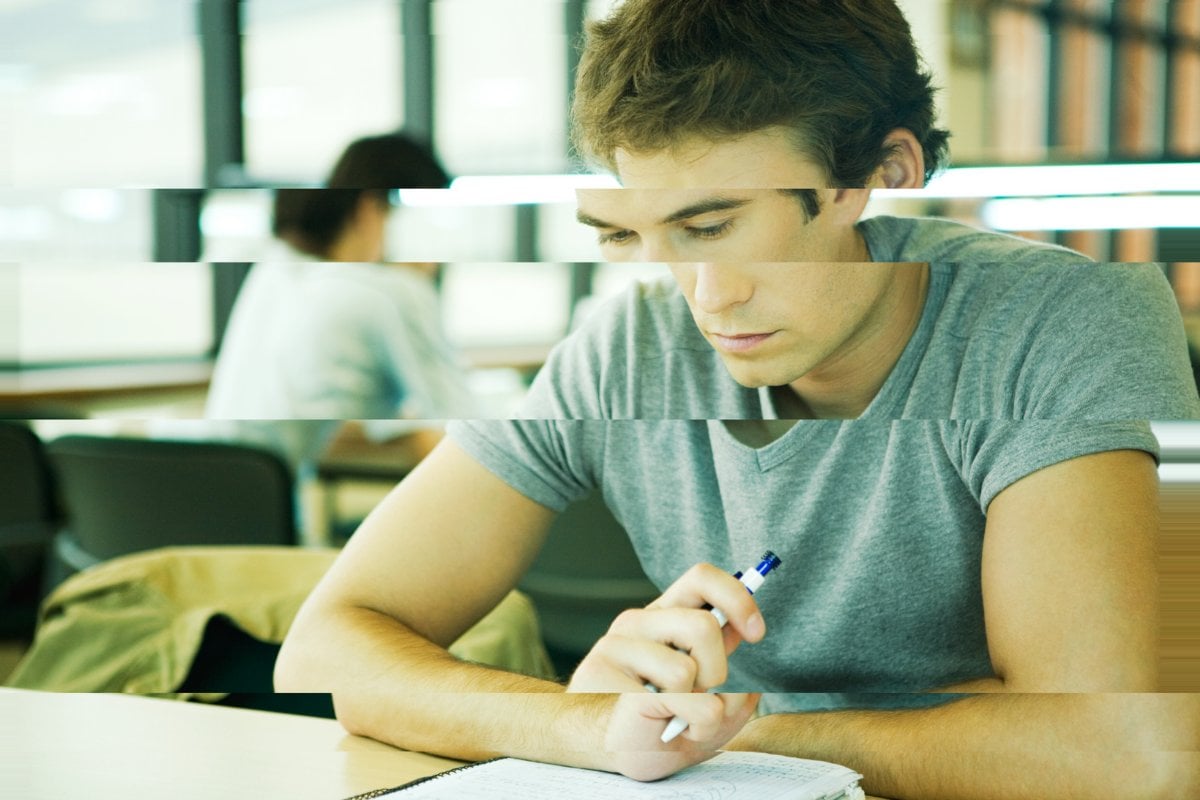 My brother Edward and Ben* had been best friends for years.

At school, where they could sometimes feel like the odd ones out, they at least had each other. Two friends who could make each other laugh, talk about anything and discuss the big things in life.

Being in Year 12, school was about to be behind them for good and they'd been discussing where they wanted to travel when they finally had their freedom. Europe, definitely. Probably London to see some football matches. It would be just the two of them for the first time ever.

It was the day before their first HSC exam, that impossible pressure felt by everyone, even though they were just 17.

"I was in a tutoring lesson when I got a call from mum to come outside. She and Evie (our sister) were in the car and they were both crying. I kind of knew from there."

He'd received a cryptic text message from Ben's mum earlier that day, and suddenly the reality of the situation fell into place. Ben had taken his own life.

Ed's funny, smart and best friend, who seemingly had his whole life in front of him, suddenly didn’t.

"I was definitely surprised that he made that decision. I was the last person to see him, I was the last person to talk to him and he was completely normal. His neighbours even recall hearing him playing basketball the day it happened, just before. There was this certain surprise I felt, knowing how not upset he was that day and how regular that day was and how seemingly okay he was."

This is common with suicides. Family members can be shocked that they didn’t see any warning signs; looking for clues they might have missed in the person’s behaviour in the days and weeks leading up to it. But it is never, ever the fault of a loved one.

Sometimes, it’s a decision the person makes spontaneously. Or if it’s something they’re planning, they’ll go out their way to act normal, so no one gets suspicious, even going as far as to make plans for the future they know they’ll never attend.

Listen to No Filter, Mamamia's podcast with Mia Freedman. In this episode, she talks to the Head of Consumer Marketing at Optus, Melissa Hopkins, about her severe depression. Post continues after audio.

"There was a level of disbelief as a first reaction then I’m not sure... just sadness. And that sadness wasn’t so debilitating that I wasn’t able to talk to people. I was able to articulate how I was feeling but it was just that knowledge that he was gone just always sitting there, no matter what we were talking about, just sitting there in the back of my head. And I don't think that went away for probably months."

Yesterday was Suicide Prevention Day, and the day before that was RUOK? Day. Two important yet complicated days focusing on mental health. People at risk need support now more than ever. But the truth is everyone is struggling.

"My own mental health, obviously it was tough afterwards," Edward told me. "I had my own suicidal thoughts and not having him as someone to support me when in the past few years he had been the person I could talk to. So, it was not only how depressed I got about him being dead but also not having the kind of friend that he was made it even more difficult."

While it’s obviously easier said than done, being honest with your friends and family about how you feel can help them help you. You are never a burden, and asking for help is brave and essential because no one can pull themselves out of a hole.

There are also things you can do when you’re feeling up and have a bit more energy. Getting professional help. Connecting with people who understand what you’re going through. Seeing your GP to discuss medication. And being honest with people about how bad it has been, or can get.

Losing Ben and other beautiful people in my life to suicide, all I know is that the world is a worse place without them. And that is the case with every single person. The world and your loved ones want you here. And if you can reach out to one person and be honest with how you feel, you’re doing an incredible job.

I’m so proud of my brother and how he handled losing the most important person in his life. There is no right or wrong way to deal with someone’s suicide, but he has sought support and accepted help wherever he could, and that’s all we can ask.