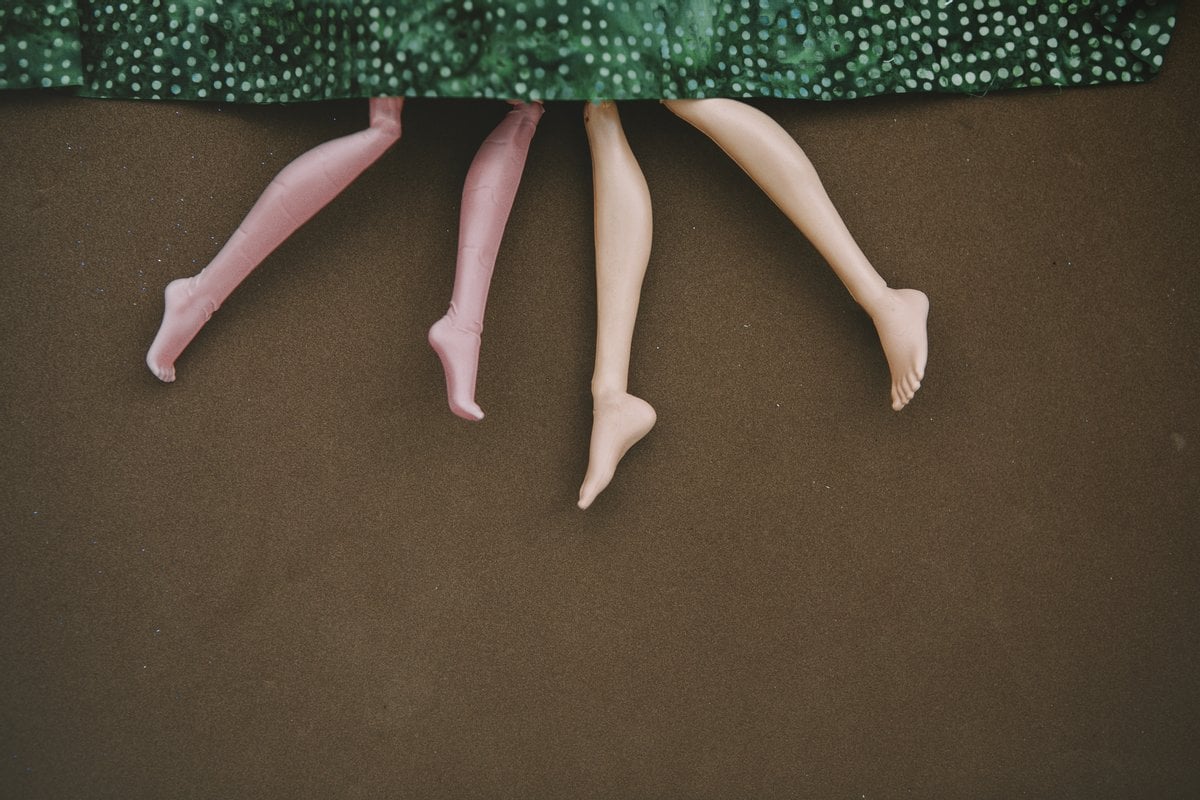 Contrary to what the movies will have us – and unfortunately men – believe, vagina owners are not that easy to please. A finger here or a thrust there will just not do the trick.

And I’ll be the first to admit that we’re a hot mess when it comes to what we need.Because even we’re still trying to figure that out.

We’re multifaceted and complicated, and as individual as our labia.

Not only do we all look different, but we feel different and get turned on by different things.

There’s no right or wrong, and what may work for one may not for another.

But after 15 years in the game, I think I’ve finally got it.

A smorgasbord of sexual sensations so hot that I’ll finish 99 percent of the time.

As a sex writer, I feel it’s only my duty to share.

So here it is.

And may I wish you luck in achieving that often elusive big O.

Say it with me, ladies.

Unlike those with a penis, we can’t just drop our daks and go. We need – nay, we DESERVE – a substantial stroke of the engine.

And for me, there’s nothing hotter than kissing to get me in the mood.

That full mouth, all consuming, take-me-now kind of kissing that makes you want to tear the clothes off each other with all the passion of a Mills & Boon novel.

For reference, if you haven’t ever popped a button in the race to get undressed, you’re doing it wrong.

Now by the time my heart’s racing, breathing accelerated and fingers dug so hard into their arms it hurts, I’m usually very ready to go.

Something that’ll be confirmed when their hand dives south.

And with some rubbing, teasing, fingers inside me – I’ll be putty in those palms and begging for more.

Call me old fashioned, but I love starting in missionary.

Maybe it’s the whole masculine vibe that really gets me going, but having him on top as he enters me below is SEXY A-F.

Not only does it ensure some racy lip action and potential eye contact (if that’s something you’re into, and trust me, you should be!), but we both get to watch – and hear up close and personal – as the pleasure radiates through us.

Most of all though, this position gives me direct communication to tell him to slow down or be more gentle, while I adjust to him inside me.

And there’s nothing more important during sex than a healthy dialogue of what’s working and what you need. Don’t be afraid to speak up.

Once we’ve adequately adapted and are well into the full swing of things, I’ll then ask him to take me from behind.

Watch as his eyes light up.

Rolling over into doggy style, this angle allows him to not just get a great image of your ass, but to go deeper.

And this invokes a completely different sensation.

For me though – mentally – this position is also about power.

As a submissive, having him grip my hips and take control at the rear asserts him with the dominance that really turns me on.

And with a few naughty spankings or so, I will be ready to burst.

Let’s start by getting one thing straight.

Vaginal penetration alone is often not enough for a woman to be able to orgasm.

Personally, it’s never worked for me. Whether it’s a finger, tongue or penis.

And I struggled to come for years thinking that this was the only way – the right way – to climax.

Then I discovered my clitoris.

The female body’s most sensitive erogenous zone that was never pointed out to me in Sex Ed.

With over 8,000 nerve endings – double those found in the glans of a penis might I add – it’s the pleasure centre of the vulva.

And completely under appreciated.

So I’ve taken it into my own hands, quite literally (more on that later), to target this engorged slice of heaven.

And that’s why the cowgirl always has been, and always will be, my favourite position.

For climbing on top, sliding down and leaning my body forward, hits that sweet spot so well.

While being able to set my own rhythm and work to what feels good for me, sends me over the edge.

It also gives him one hell of a view and the free hands needed to play with my boobs, tug on my nipples or grab my body as needed (don’t forget to ask for what you want). Or simply, I do it myself.

Then by pushing down on him with such self-guided force, and rocking back and forth against my clit, I can come within seconds.

Exploding into a wave of pleasure that has me screaming to the roof.

I’ve seen this one called a variety of things but my favourite has to be The Lazy Dog, which is ideal because it means you get to do next to nothing.

Except you’re face down on your stomach with your legs straight out and hips slightly raised, leaving a gap just wide enough for him to slip right on in.

Lying on top of you, with either his arms bent at the elbow like a plank (gotta make him work for it) or pushing himself up with his hands, he slides inside, creating a snug fit.

Not only does this position allow for super deep penetration and a whole new kind of intimacy as he whispers sexy nothings into your ear, but it ensures pressure on your pelvis as you gyrate against the bed.

Yup, you guessed it.

For an extra level of HELL YEH, throw a hand or even a toy down there for some added invigoration, and you’ve got yourself on the road to ecstasy.

Then just lie there and enjoy the ride.

The Scoop Me Up

I don’t know what it is, but I am ALWAYS hornier in the morning.

Especially if I wake up as the Little Spoon.

With his arm around me, body pressed up against mine and morning glory poking into my bum.. well I just can’t help but feel turned on.

And from there, it’s an oh-so-easy slip into The Scoop Me Up, especially if you’re not wearing any pyjamas.

While sexy spooning gets a bad rap for being lazy, I just can’t think of a more romantic or intimate position.

From your head to your toes, you’re literally connected, with an unparalleled level of skin-to-skin contact.

It allows you to cuddle tight and him to kiss you on your neck, while provoking a closeness for those early morning chats.

On a purely scientific basis, this position will also ensure that you feel every-single-inch of every-single-thrust, as the angle perfectly strokes those internal erogenous zones inside the vagina.

So difficult to reach in any other role.

It also means that you and your partner can adjust the depth of penetration.

No one’s in control.

While all hands are available for some full body stimulation. Whether it’s running their hands down your legs, massaging your breasts, or – of course – using their fingers, or yours, for some undivided clitoral attention.

This position is about working together.

Experiencing every sensation as it pulsates through you.

And, with that, orgasming will never be the same again.

Reply
Upvote
What's this men DOMINATING women.  It's RESPECT .  Equals at all times even in the bedroom
S
simple simon 3 months ago

Reply
Upvote
1 upvotes
@nessie Surely people are allowed to enjoy being dominated during sexual acts? (Though men are actually often mocked over it.)
N
nessie 3 months ago