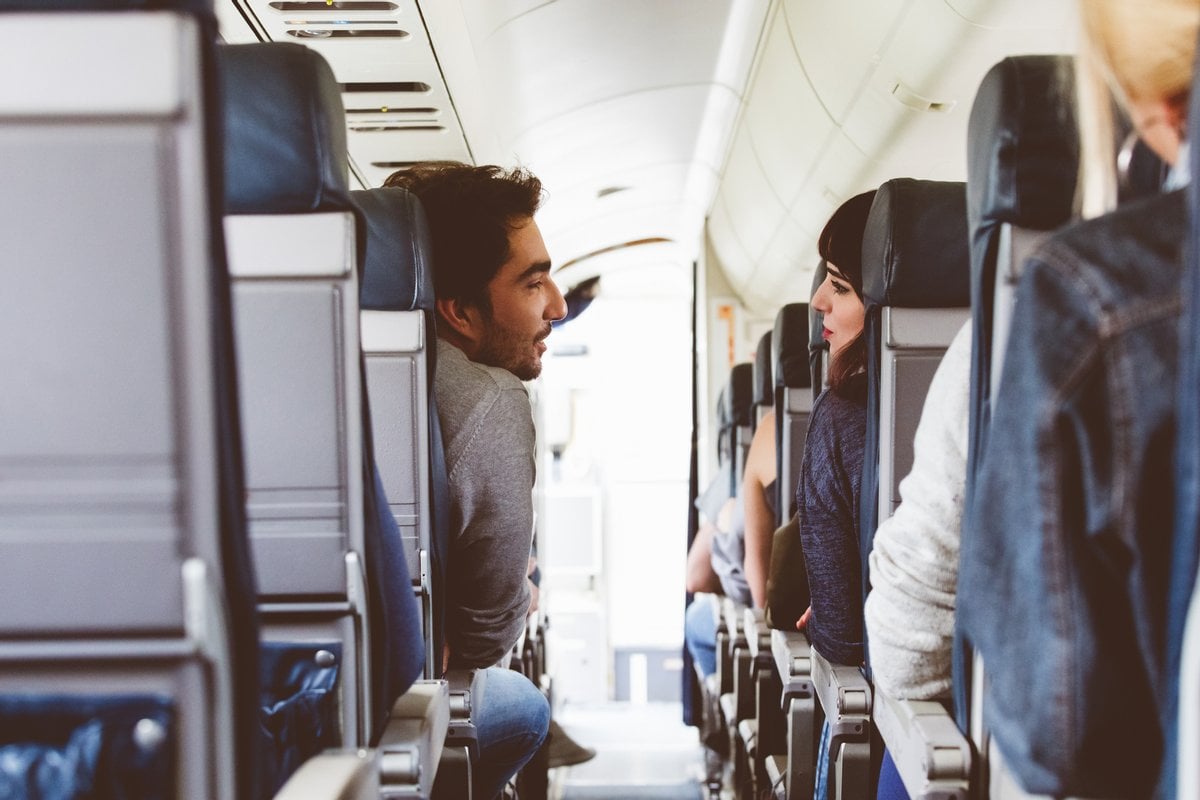 "He isn’t my type," was my first thought when I met Alex outside the park.

He was different to the image I’d concocted in my mind, based on his dating app profile and a healthy social media stalk.

But despite that, we hit it off straight away.

Watch: There are some really interesting ways women reach orgasm. Post continues below.

He was fun, sweet and incredibly cute. Not to mention his strawberry blonde hair and a jawline that made him look just like Prince Harry.

After a walk turned into a bottle of red at the pub, we ended up back at mine for a Deliveroo.

Lying on my bed in a post-burger bliss, I suddenly felt shy.

For the first time since meeting that morning, it was like we’d run out of things to say.

But as Alex turned to face me, the sexual attraction was undeniable.

Cupping his hand around my cheek, he leaned forward and kissed me. Soft and gentle at first, before he took over.

With strong, muscular arms, Alex swept me up and just devoured me.

Paying attention to every detail, he worked every angle, getting me more and more excited to the point of climax before pushing himself into me.

He was passionate and charged, sensitive yet domineering. Moving us into positions I’d only fantasied about, he got deeper and harder, working us up into a sweat before we exploded into each other.

After that, we were soon seeing each other several nights a week.

It was all a blur by the time the weekends rolled around, and we’d spend Saturday through to Sunday between the sheets.

Within a fortnight, we’d notched up a new record.

Seven times in under 24 hours.

Listen to The Undone, Mamamia's podcast about navigating the "adult" world without a GPS, friendship, love, sex, personal politics, and... air fryers. Post continues below.

It was like we couldn’t get enough of each other.

And it was the most earth shattering sex of my life.

From the perfect length to the perfect girth, Alex knew exactly how to work it. One moment we’d be locked in the most romantic kiss. The next I would be pinned underneath him, with his hand around my throat.

It was just the right combination of sweet and sincere, mixed with rough and wild. And we’d find every opportunity to do it.

Between dates, theatre shows, house parties and lunch with his friends, we’d be in bed, or on the couch.

I’d never met anyone with such a high sex drive – or the ability to perform over and over.

But Alex was always ready and raring to go, no matter where we were.

So it shouldn’t have surprised me when he wanted to get me off on a plane to France six weeks after we’d first met.

Things had moved quickly, and we were heading from London to Toulouse for the weekend.

By the time the seat belt sign had been switched off, we couldn’t keep our hands off each other.

But while I teased him outside his jeans, my palm hidden underneath his coat, Alex’s fingers wandered further under my dress.

I nervously brushed them to the side.

Suddenly the captain was ordering us to remain in our seats for an emergency landing in Paris.

There was an issue with a passenger, we were told, so we’d be dropping her off on our way south.

With everyone’s attention diverted forward, heads straining to get a glimpse of the drama, Alex leaned over to whisper in my ear.

And with that, he slipped two fingers past my black lace knickers and straight inside me.

I gasped at the shock of being touched in public. Our nearest passengers sat just 30 centimetres in front.

With his hand obscured from view under my own coat, he began to move in and out, expertly circling my clit.

I glanced diagonally to the right, distracted by a gurgling toddler who was looking suspiciously back at me.

And with that, I gently closed my eyes, giving in to the feelings of pleasure running down my body.

Turning his mouth to my forehead, I felt Alex gently kiss me. A juxtaposition to what was happening in my seat.

Doing my best to control my breathing, I took measured inhales as my orgasm built up inside me.

Biting down hard on my bottom lip, I leaned into Alex to release myself. I strained against his wrist as I tried to still myself, the sound of the jet’s engines masking any noise.

Pulling his fingers free, Alex drew his hand up to my mouth.

He put his finger to my lips and made me taste myself, and his sweet success.