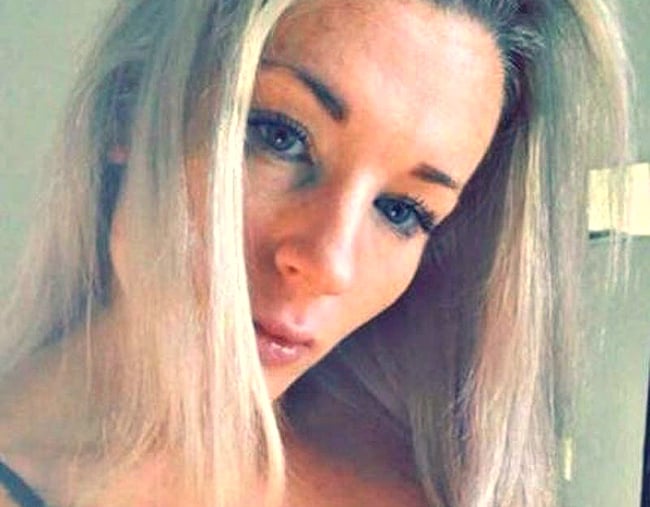 NSW prisons have become the unlikely hotbed of a high-profile sex scandal, after it was revealed that a number of corrections staff have engaged in sexual relationships with inmates.

Mother Demmi Zeschke is the latest guard to be implicated in the story, after 2GB radio host Ray Hadley exposed her tryst with prisoner, Jarad Smith, on Tuesday.

According to Hadley and The Daily Telegraph, Zeschke carried out a sexual relationship with Smith while living on site at Long Bay Correctional Centre in Sydney’s south east earlier this year. The pair were reportedly caught having sex in the prison’s gym, which Smith had been tasked with cleaning.

Smith, who is now on day-release, was serving four years behind bars for aggravated dangerous driving, after he fatally struck two pedestrians – Cathy Pracy and her partner Gary Kelly – while intoxicated in 2015.

“He probably has got it easier than we have,” she told 9 News. “Incarceration is supposed to take away all those privileges but some of the prisoners are still getting that privilege.”

The Daily Telegraph reported that Connors, who is married, used a key to let herself into Penisini's cell at night, where they would have sex.

Connors was reportedly suspended last week, while Zeschke resigned before an internal investigation could be completed.

According to The Daily Telegraph, the women are not alone: "Already this year there have been four alleged cases of female prison officers caught having sex with inmates, with a number of other high-profile incidents dating back to 2007," the paper stated.

Yet while these relationships are in breach of prison code, they aren't actually illegal.

Wait, it's not illegal for a NSW prison guard to have sex with an inmate?

No. But that may soon change.

Since the revelations earlier this week, Minister for Corrections, David Elliott, has been touting the possibility of increasing the penalty.

On Wednesday Mr Elliott announced that he has directed NSW Corrective Services Commissioner Peter Severin to establish a taskforce to investigate allegations about relationships between inmates and prison staff.

I have instructed Commissioner Severin to establish a Taskforce to investigate allegations of inappropriate and sexual relationships between inmates and correctional staff following a meeting this afternoon. (1/3)

"The Taskforce will be led by an independent person and examine all allegations in the last ten years involving current and former staff. The terms of reference will be finalised within seven days," he wrote in a statement.

"I have also instructed the Department of Justice Secretary to provide options for an increase to the penalties for misconduct. This will include sexual and inappropriate relationships between inmates and correctional staff."

"If I had my way I would make it an offence punishable by imprisonment,” he said.

“I want to do anything that will stop inappropriate behaviour from happening. If there are medically based options would I say no? No, I wouldn’t."

Why the need to mention she is a mother, which was put directly before her actual name?

Sympathy points. It is everything these days.
I wonder how different this would be reported if it was 5 male prison guards in a women’s prison.

What is it about those men that is attractive to some women?