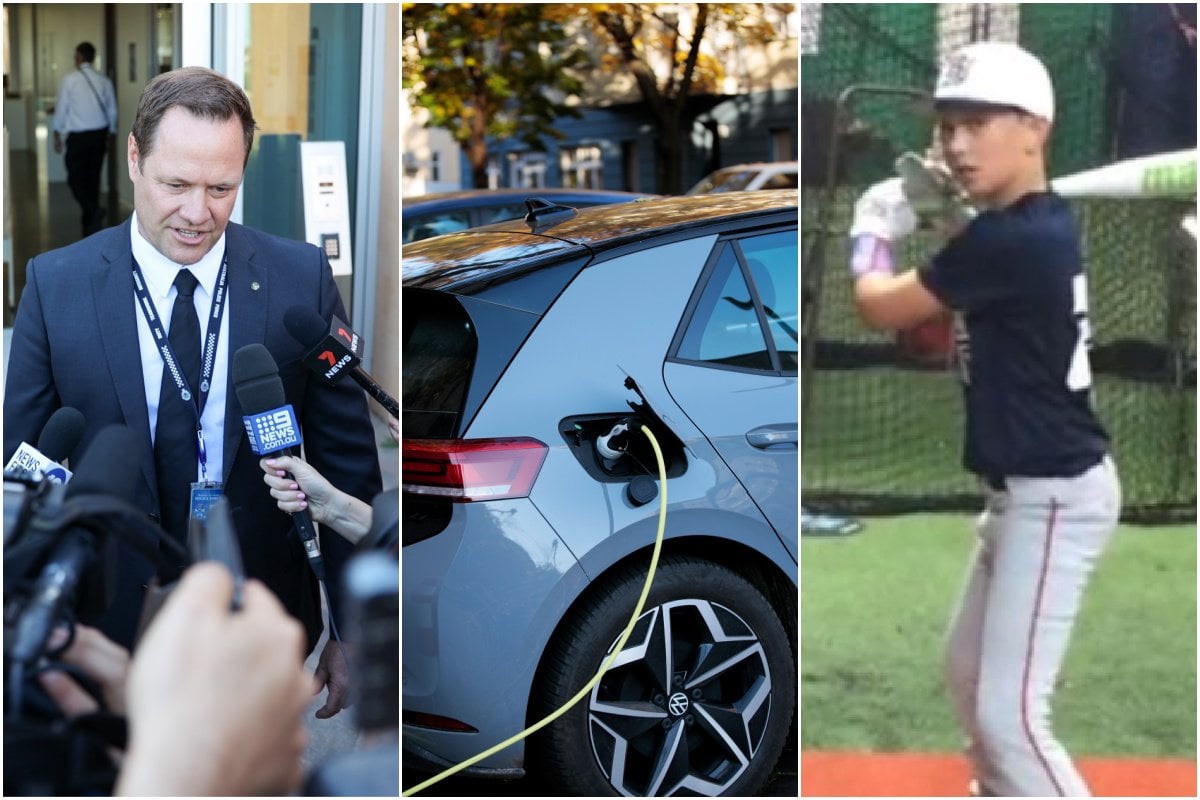 A Perth nurse accused of faking a COVID-19 vaccine jab to a teenager has been charged.

The 51-year-old registered nurse, who works at private medical centre in St James, was allegedly observed by a doctor on Sunday failing to administer a shot to a teen who she knows.

It is alleged the nurse inserted the needle into the teenager's arm but didn't push down on the plunger.

A Perth nurse has appeared in court after allegedly faking an injection of the COVID-19 vaccine into a teenager's arm. pic.twitter.com/7REwdpJr73

She then is accused of disposing the full syringe and making a false entry in the medical records system, which recorded that another medical centre staffer had administered the dose instead of herself.

The medical centre reported the alleged breach to WA Police and she was arrested at her Byford home before being charged.

She will face a Perth court later on Monday charged with one count of gain benefit by fraud.

WA Police have confirmed they are investigating if more than one person was involved in the alleged abduction of four-year-old Cleo Smith from her family's tent.

The little girl was missing for 18 days, found 75km north of her family's campsite in a locked bedroom in Carnarvon.

Terence Darrell Kelly has been charged with allegedly abducting her, and is behind bars ahead of his next court date in December.

Police in Western Australia are trying to determine if more than one person was involved in the alleged abduction of Cleo Smith.https://t.co/JIENzcGBn6

"Our focus this week is for us to ascertain whether there was anyone else involved. That's why we are still here," he told reporters in Canarvon, as reported by The Daily Telegraph.

He called for anyone who had contact with Cleo's alleged abductor, Terence Darrell Kelly, to come forward.

Victoria is nearing 100,000 COVID-19 cases since the pandemic began.

The state reached 98,130 total cases as of Monday.

Based on current trends, it is expected to reach 100,000 by the end of this week.

Victoria recorded a further 1126 new locally acquired cases and five deaths of people aged in their 60s, 70s, 80s and 90s on Monday, bringing the state's toll across the pandemic to 1182.

It was the fifth day in a row that the state recorded numbers over 1000.

While active cases hover over 16,000, the number of Victorians in hospital battling the virus continues to fall.

Some 84.1 per cent of Victorians over 12 are fully vaccinated, with data analysts predicting the state could hit its 90 per cent target as early as November 23.

The Victorian government on Monday announced rapid tests will be trialled by up to 20 outbreak-stricken schools, before being rolled out to all schools across the state from November 15.

The approved at-home tests, part of a stockpile of 200,000 secured by the state government, will be offered to unvaccinated students deemed primary close contacts of a positive case at school.

It will allow students to return to face-to-face learning after seven days in isolation, rather than the current requirement of 14.

Morrison government seeks to spark up electric car use.

Electric vehicles once derided by Scott Morrison as ending the weekend will be the focus of a $500 million strategy projected to create more than 2600 jobs.

The prime minister anticipates $250 million in federal "future fuels" funding will be matched by private investment to reshape Australia's transport sector and put up to 1.7 million electric vehicles on roads by 2030.

Investment will focus on public and household electric vehicle charging, as well as electrifying commercial fleets, and heavy and long-distance vehicles.

More than 50,000 households and 400 businesses would have access to charging infrastructure, alongside at least 1000 public charging stations.

Scott Morrison once famously claimed electric cars would be the death of the weekend. Now he wants to build more electric charging infrastructure. https://t.co/USPOBi7AHA

This approach is projected to cut emissions by eight metric tonnes of carbon dioxide equivalent by 2035 and create at least 2600 jobs over three years from 2021/22.

The government also anticipates up to 84 per cent of the population would be able to access fast charging stations.

Making sure the electricity grid is ready for widespread EV use is expected to avoid upgrade costs of $224 million this decade.

The government also thinks it can dodge overall health costs of nearly $200 million by 2035.

Rappers Travis Scott and Drake have been sued for having "incited mayhem" after eight people were killed and dozens were injured at a Texas concert on Friday night.

The first plaintiff, as confirmed by Thomas J Henry Law, is 23-year-old Kristian Paredes, who was one of those "severely injured" at the concert on November 5.

Another lawsuit filed by Manuel Souza, who was also injured, names Scott, the concert organisers and others, claiming they were responsible.

Eight people died in the tragedy, they have been confirmed as; John Hilgert (14), Brianna Rodriguez (16), Jacob Jurinek (20), Franco Patiño (21), Axel Acosta (21), Rudy Peña (23), Danish Baig (27), and an additional victim whose family have not yet released a statement.

Best friends Franco Patiño and Jacob Jurinek attended the Astroworld Festival together in celebration of a birthday. Sadly, neither made it home. https://t.co/YI5g3HT7VY

Autopsies have been completed but authorities say the cause and manner of death remains under investigation.

The family of Peña told USA Today, he died of a cardiac arrest during the crowd surge. Baig's brother said in a Facebook post he was killed trying to save a family member.

- The global pandemic has reached a new milestone this morning, as 250 million cases of COVID-19 are recorded worldwide.

- For the first time in more than a year and a half, the United States has finally opened its borders to foreign tourists.

- Satellite photos have revealed China is so concerned with being able to destroy the United States’ 100,000-ton aircraft carriers that it has built a mobile mock-up target in the middle of a desert.

- Novak Djokovic plans to become a coach once he calls time on his playing career as he has no intention of taking his knowledge "to the grave", the world No.1 said after clinching the Paris Masters.