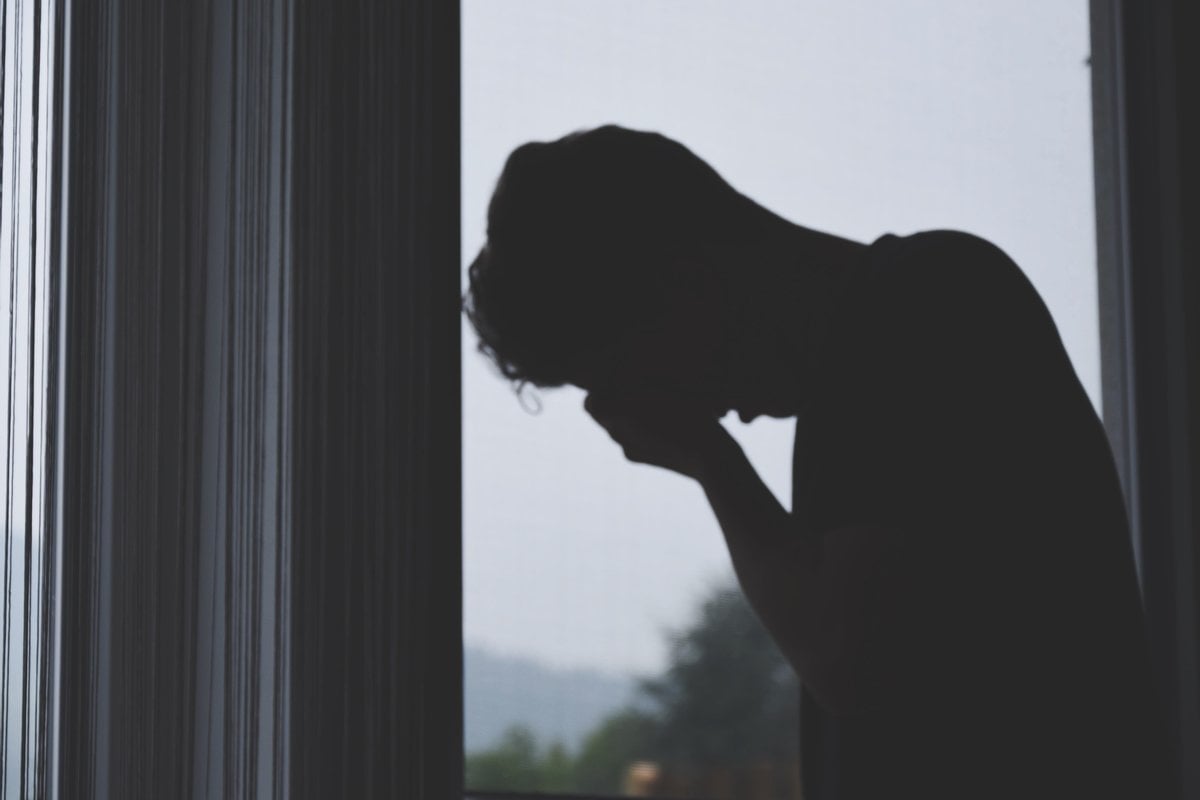 Two years ago, my wife *Ally and I welcomed our first child into the world – a beautiful, healthy baby boy named *Billy.

To say we were smitten would be an understatement; Billy absolutely stole our hearts and changed our world forever.

Because Ally had an emergency c-section, she stayed in the hospital with Billy for just under a week, but each day I would go in and spend from 8am – 8pm with them, I just couldn’t keep away and I didn’t want to miss a moment.

When they arrived home though, everything changed.

While my absolute adoration for my son of course was there, I noticed with the interrupted sleep at night that I was becoming overwhelmingly tired. It hit me quite fast.

While Ally managed to be up to feed Billy and then get back to sleep, I often struggled to. I would hear every noise that he made and then I would worry if he was okay, if what I was hearing was normal. I just couldn’t switch off.

Despite being tired as well, Ally managed to take everything in her stride. You would never know she was up three or four times a night with a newborn – she remained able to focus, to give Billy her energy and she was so happy.

I, on the other hand, was becoming increasingly the opposite.

After about three weeks of feeling exhausted, I was also incredibly irritable. I had very little patience with anything, which is unlike me. I also started to eat junk food that I normally never had, I stopped exercising, I just had no motivation to do anything and the realisation that I was going back to work the following week seemed too much. I was absolutely dreading it.

I chose not to share how I was feeling with Ally. She had gone through a difficult birth process and never complained once.

She was now the rock for our family and seemed to just embrace motherhood as if it was designed specifically for her. I thought telling her how I was feeling would be selfish, and I honestly, I thought it would pass.

The weekend before I started back at work Ally suggested I should sleep in the spare room for a while. She said she could tell that I was tired and that with me back at work, sleep was essential.

Although I was reluctant to do this, I agreed, and I secretly hoped that this might be all I needed to get the old me back.

Unfortunately, being in another room and oblivious to anything that went on throughout the night in regards to Billy waking or crying, I still had issues sleeping.

I woke frequently and had issues getting back to sleep, and after about a month of being back at work, I was utterly depressed – not that I knew it at the time.

I stopped wanting to spend time with Ally or Billy, and would often make excuses to not be alone with him in particular.

In all honesty, I was afraid to be alone with him, although I couldn’t tell you why. At the time it just seemed essential for me not to be looking after him without Ally or someone else there.

On This Glorious Mess, we look at how postnatal depression can affect the whole family. Post continues below.

When Billy was about six months old, Ally confronted me about what was happening. She was upset and thought that I was having an affair, or that I didn’t love her anymore. Knowing she even thought this was possible just broke me and I emotionally collapsed.

I sobbed and told her that I was so confused about how I was feeling – that I was exhausted, I was lacking any motivation or joy and that I felt unhappy but I didn’t understand why, because becoming a parent was something I was absolutely excited and ready for.

After one of the toughest conversations of my life, Ally convinced me to see our GP who ultimately diagnosed me with perinatal depression.

Hearing that diagnosis was incredibly difficult. Firstly, I didn’t even know that fathers could experience this. Secondly, the fact that Ally was taking motherhood in her stride but I wasn’t – as traditional and 'old school' as it may sound – it felt like I wasn’t a real man because I was failing.

As well as some medication, my GP referred me to a specialised psychologist who also ran a group for men who had been diagnosed with perinatal depression.

After a few private sessions with the psychologist, I decided to attend one of these group sessions. It was one of the hardest things I’ve ever done.

The idea of admitting my vulnerability and emotions in front of a group of strangers, especially other men, was daunting to say the least.

When I walked into the first session, the group of men who were there included tradies still in their uniforms, a man in a business suit who I later found out was some executive, and really just a bunch of everyday guys.

Seeing that range of men just showed me how perinatal depression doesn’t discriminate and that it can happen to anyone.

As these sessions went on, learning how everyone had experienced the condition in their own way – from a dependence on alcohol or drugs to suicidal thoughts, or others who were like me and irritable and depressed with no motivation – was so insightful and helpful. Not just in understanding it, but working through it.

I participated in the group sessions and private psychologist visits for over a year. I worked through that dense, immediate fog to a place where I could see the underlying issue and focus on that in order to recover.

While it is still a difficult process and caused me to challenge some of my deep-rooted thoughts about being a man and a father, ultimately it made me much happier, more engaged and active with my family, which is all I ever really wanted.