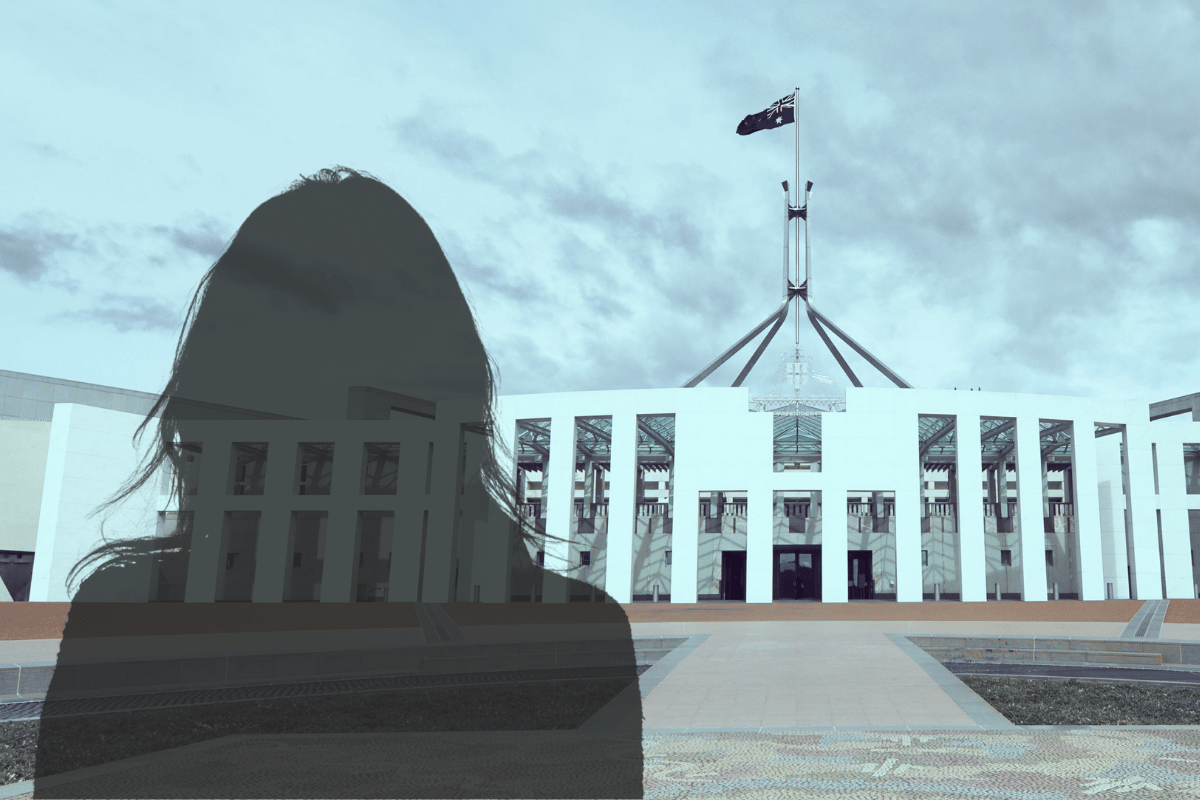 This post deals with sexual assault and may be triggering for some readers.

On Tuesday, I sat down to read the Jenkins Review.

At long last we had the evidence to support the hearsay that yes, Parliament House can be a distressing workplace plagued by power imbalances, gender inequality, a lack of accountability and an exclusionary culture.

To all the people who came forward to share their experiences, thank you. I too have cried in the bathrooms so that nobody could see me and because of you, those future staffers who come after us might be spared.

I can’t say I am shocked. Frankly, I was surprised anybody is shocked. We have known all of this for such a long time. Are we not mad that it took the alleged devastating trauma inflicted on a then 23-year-old Brittany Higgins to hold the most powerful among us to account?

Workplace bullying and harassment is illegal. Work health and safety laws exist to protect everyone, and to hold us accountable. Ignorance of the law is not a defence. Nor is the Canberra bubble.

Here is my story.

I started working in Parliament House when I was a 19-year-old university student. I started out serving banquets and buffets in the Members' Guests Dining Room.

Thus began my short career as a fly on the wall in what is, in my view, Australia’s most insidious social experiment: the Canberra Bubble.

I remember standing by a table, invisible in my apron, watching a senator pass around his phone, zoomed in on a picture of his new staffer’s breasts.

When I had graduated from the dining rooms and taken up a desk job, I remember being told to "wear a shorter skirt next time" as I bent over the bubbler, and that an older gentleman would "brush his teeth with my sh*t" as though that was exactly the sort of compliment I had been praying for.

"Largely driven by power imbalances, gender inequality and exclusion, and a lack of accountability". A review of workplace culture has found that 1 in 3 people working in fed parliament have experienced sexual harassment there. We need urgent action. Now.https://t.co/DKEQ0ggpIV

Nonetheless, there were life-changing moments I will never forget. In 2016 I sat at my desk, staring at the television screen in my office as Trump was elected and the House descended into a period of mourning.

The next year I observed Pauline Hanson trot through the security machine in front of me, a piece of black fabric draping from her green Woolies bag: part of the burqa she later wore in a calculated and shameless attempt to inflame racial tensions.

I remember chuckling to myself as then-acting PM Barnaby Joyce practically waltzed through the Ministerial Wing with dirty bare feet and old footy shorts after his morning game of tennis flanked by his security detail in crisp black suits.

Despite my insatiable appetite for the Machiavellian characters lurking about the House, I have always felt confused by the rather immature reality of it all.

Listen to The Quicky: Canberra’s not the only workplace with a "women problem". Post continues after audio.

What is it about the Canberra Bubble that enables this culture of entitlement?

What drives the lack of accountability that is totally incongruous with the standard the rest of the population is expected to uphold?

Ignorance of the law is not a defence. Unless, it seems, you work at Parliament House: a point made painfully clear when Scott Morrison had to refer to his wife for guidance on what it means to be sexually assaulted in your workplace.

Further, why was Brittany Higgins' alleged assault allegedly covered up by people, including two powerful women, who found themselves unable to place basic humanity ahead of their own political self-interest?

I have a thought.

There is an old sporting adage, "What happens on tour stays on tour".

This pact, usually made between males, describes an unspoken rule whereby debauchery disguised as larrikinism is to be kept strictly confidential amongst those present.

The Canberra Bubble is small and isolated. Layers of secrecy protect individuals from the sort of public scrutiny that saw New South Wales lose a much-loved premier only to be replaced by a man who places the sacrosanctity of the confessional over the safety of young boys. That ICAC is not a federal body is no administrative error.

“Australia now has deeply conservative Christian men running both the nation and its most populous state, after the NSW Liberal Party elected Dominic Perrottet as leader.” @rachelrwithers today: https://t.co/xdJ1rdFYwX

These variables contribute to an environment where members, senators and their staff can leave their responsibilities behind in their electorates.

Will the Jenkins Report break the chain?

Are we about to see real cultural change? Perhaps. In my view, the true strength of the Report is that it requires concerted action rather than just words.

This includes the implementation of key accountability mechanisms such as a centralised Office for Staffing and Culture, new reporting options to facilitate safe disclosure and affirmative measures to promote diversity, equality, and inclusion.

I would, however, caution against hope or satisfaction. Reports like this have been tabled before and left to gather dust. Collective responsibility is required from all sides to target systematic inequality.

Today I am pleased to launch Set the Standard, the final report from our Independent Review into Commonwealth Parliamentary Workplaces: https://t.co/zUD2FAC018 pic.twitter.com/I1Vk9utEYm

Remember: one third of people working in Parliament House and Federal politician’s offices reported being sexually harassed on the job.

Furthermore, Morrison must be careful not to politicise this as part of his upcoming re-election campaign. Parliamentary staff, particularly young girls, are not pawns in a game of strategy. This needs to mean more to him than a way to band-aid his crumbling public image.

Politics is not a game; it is a responsibility. Governments have a mandated responsibility to act in the best interests of their constituents.

So where to from here?