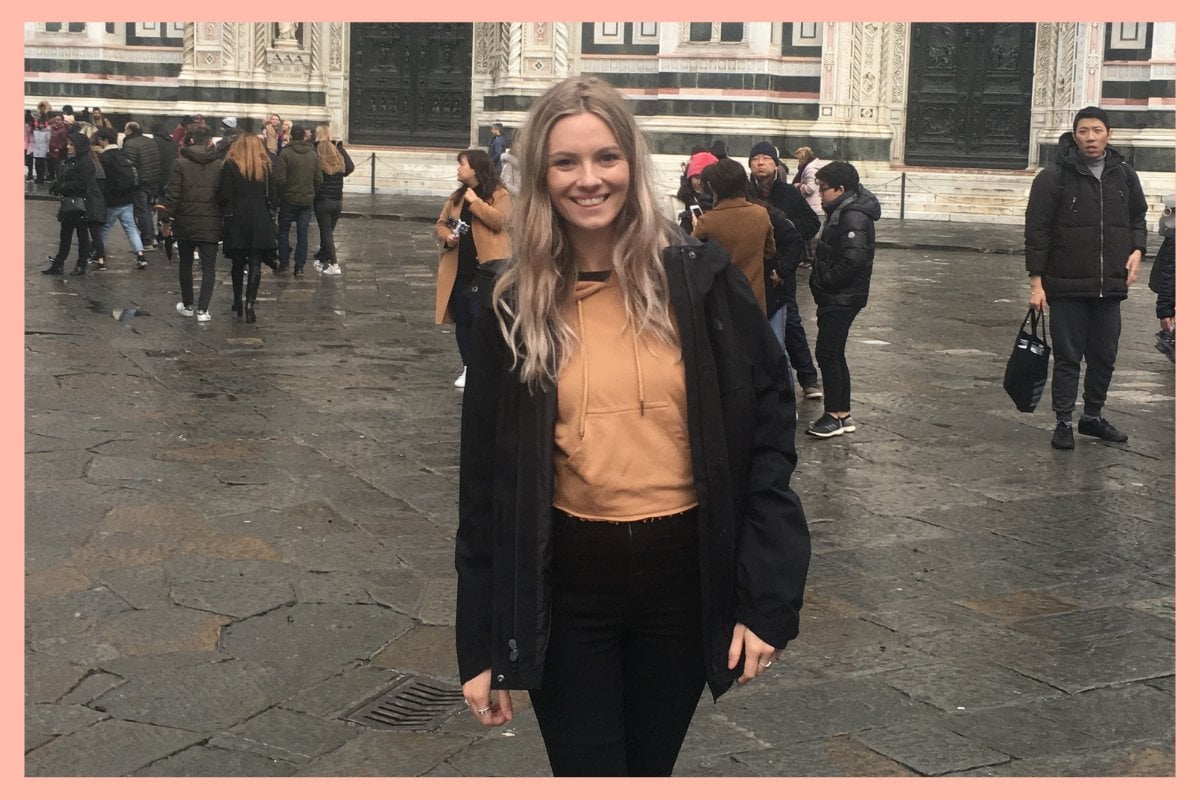 This post discusses eating disorders and could be triggering for some readers.

Earlier this month, singer Olivia Rodrigo, was shamed by trolls for being 'too skinny' after a recent Instagram post.

One commenter even noted that they were getting 'anorexic vibes' from her photos.

Her fans came to her defence but despite endless support, I know firsthand that there is no guaranteed way of erasing comments made about your body.

They follow you around, the words sticking to the back of your brain, resurfacing every so often just when you think you’ve just started to accept yourself.

fuck all of you people pic.twitter.com/5FjuZXtQQt

I know this because I was a skinny girl. And I still am a skinny woman.

My relationship with my body has always been complex. Some days, I feel so innately uncomfortable in it.

I don’t gracefully wander through the world. I clumsily march through it, usually knocking things down in my path.

I wholeheartedly believe that every move I make looks funny, like the balloon men that are positioned on the corner of every car dealership, ridiculously waving their limbs, drawing everyone’s attention towards their foolishness.

My friends tell me they’d kill to have my body but I can never seem to make myself truly love it. And when that happens, when I hear my friends say how much they’d love to have a body that is shaped like mine, I instantly feel like an awful person for feeling this way about it.

Like most things though, how I feel about my body was formed by the world around me.

It wasn't until I reached high school that I started to struggle with my body image.

Naturally, puberty and adolescence is a difficult time for any kid. Our bodies change quickly. So quickly that we can’t even comprehend what the hell is actually happening to us.

However, my problem was that mine didn’t really change at all. I was still as skinny as I had been when I was a little girl taking swimming lessons, when the other mums labelled me a 'Skinny Minnie.'

I can’t sit here and write that I was terribly bullied about my weight, but there were two experiences that were significant enough to be etched into my mind, altering my self-esteem well into adulthood.

The first was an off-hand comment meant to be a joke between friends. The other, however, was a little more cruel. Interestingly, both experiences were with boys.

Let’s set the scene: I wasn’t too popular, but I wasn’t a social outcast either.

Like a lot of other teenage girls, I was always on edge in class. I kept my head forward or stared down at my book.

In my Year 10 science class, I did this because a group of boys sat directly behind me and I was terrified of making eye-contact. Because if I did, they might have actually spoken to me meaning that I would actually have to speak to them.

One day, we were watching a documentary on the digestive system that included a segment about eating disorders.

Discussions about mental illnesses are so important but they can also be incredibly confronting.

I was shifting uncomfortably in my seat when one of the boys pointed at the anorexic woman on the screen and said, “That’s Brydee.”

My heart dropped, and I wanted to cry. I hated the insinuation that I was going to get really ill and die because I, according to him, was so clearly suffering from anorexia.

The next flash of memory is me telling him to shut up, but he kept going, pointing at the screen and saying my name.

Naturally, my eyes began to sting. That was when, for the first time in my high school experience, I left the room without permission from my teacher.

More than 10 years have passed, and that boy probably hasn't thought about it since. But he helped define the way I see my body. The way I feel uncomfortable about it. The way I worry that if I bring nothing to the break room during lunch, my colleagues will think I have an eating disorder.

To add to the shame I already felt, in Year 12, one of my friends offhandedly said I looked like a praying mantis.

A joke, of course, and something I have added to my recycled comedy routine, all centred around self-deprecating humour. But nonetheless, a questionable comment towards a young girl whose self-esteem was not yet strong enough to ignore it.

The point is, I still so vividly remember these experiences. And those careless comments, the comments those boys probably did not really think twice about, shaped so much of how I view my body.

I have a feeling the comments made about Olivia Rodrigo will stay with her too.

I hope they don’t, though. I hope she’s strong enough to move past them. And more than anything, I hope we reach a point in time when everyone just knows that any comment about any type of body is not okay.